Corporations have to file income taxes like everyone else. But somehow, many highly profitable companies end up paying no federal taxes thanks to teams of accountants and tax breaks enshrined by Congress. Chevron, based in the Bay Area, earned $4.5 billion in domestic income in 2018, yet received a rebate of $181 million. That works out to an effective tax rate of -4 percent. Mercury News

Through the end of March, California's tax revenues were $2.2 billion below expectations. That could be a problem for the governor's agenda. L.A. Times 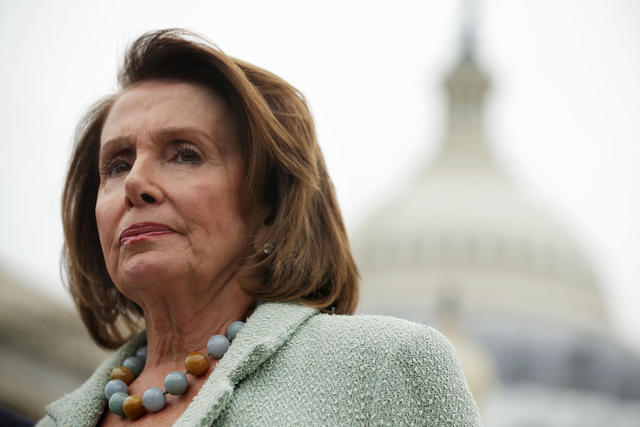 Tensions have risen between Rep. Nancy Pelosi and the far left.

House Speaker Nancy Pelosi has been creating distance between her Democratic majority and liberal House members. During a "60 Minutes" interview, she said Rep. Alexandria Ocasio-Cortez's "wing" of the party included "like five people." Liberals seethed: "What we're seeing here is old-guard leadership trying to marginalize some of the big change agents who were elected in 2018," one said. 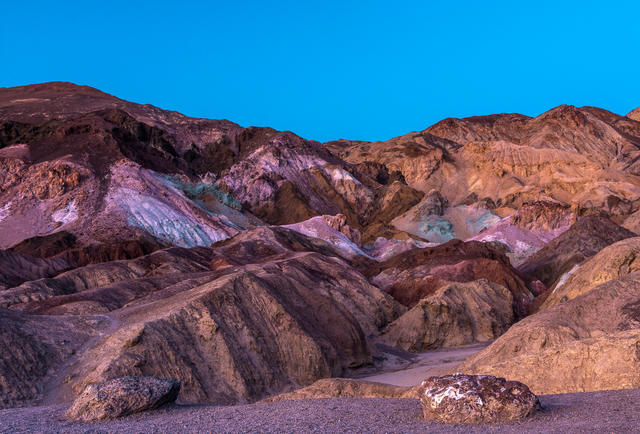 In Death Valley, a road winds through a geologic rainbow of hills. Known as Artists Drive, pictured above, the colors are the result of oxidation of rich metals in the soil. George Lucas was so enchanted by the landscape that he used it to depict the desert planet of Tatooine in "Stars Wars: Episode IV — A New Hope." 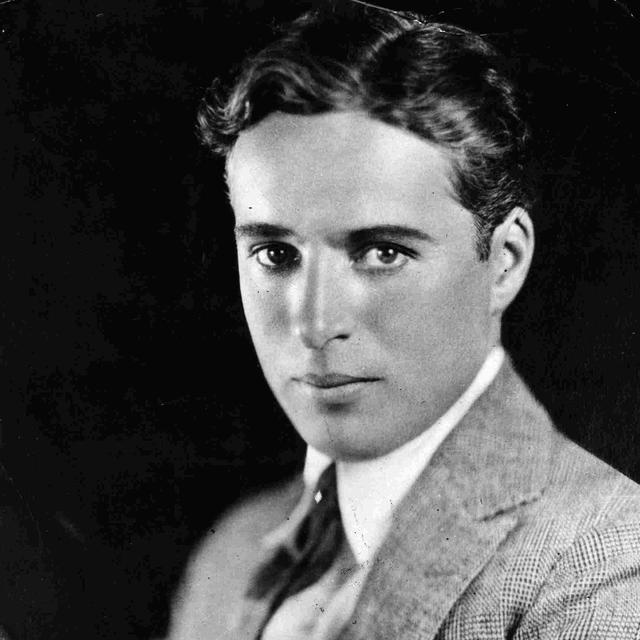 Here's a young Charlie Chaplin, born in London on this day in 1889. With his cane and comic walk, he almost single-handedly elevated silent film from a novelty to art. Chaplin's work expressed sympathy for the working class in a capitalist society, and his reputation as a radical grew.

"I want to see the return of decency and kindness," he once said. "I'm just a human being who wants to see this country a real democracy."

Accused of being a communist, which he denied, Chaplin was all but exiled in 1952. While he was sailing in Europe, the U.S. attorney general declared that the artist couldn't return until he proved his "moral worth." Chaplin spent the rest of his life in Switzerland.

In 1972, the Motion Picture Academy offered Chaplin an honorary Oscar. He returned, hesitantly, to what was described as the longest standing ovation in the Academy's history. At age 82 and overcome with emotion, he could do little more than bow and utter "thank you so much," referring to the audience as "wonderful, sweet people." He died five years later. Here's footage from that Oscars ceremony. 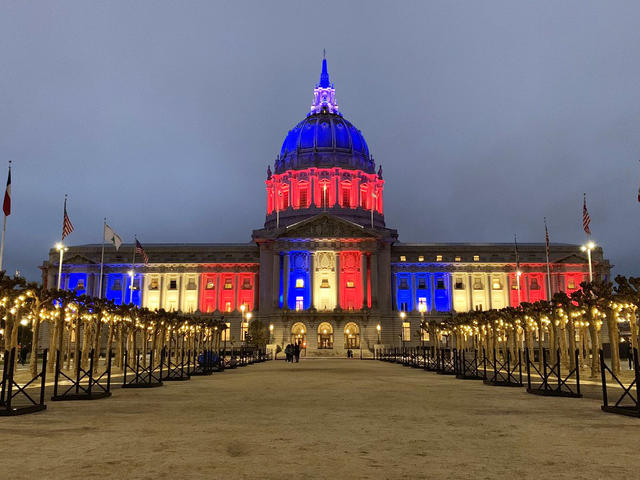 San Francisco's City Hall was lit up in the French Tricolor on Monday.

San Francisco, a sister city to Paris, illuminated its City Hall in the colors of the French flag after a fire badly damaged the Notre Dame cathedral. "San Francisco's thoughts are with the people of Paris," Mayor London Breed tweeted. The president of France, Emmanuel Macron, vowed to rebuild the 850-year-old symbol of Paris.

The number of homeless people arriving to San Francisco International Airport via BART trains is surging. In the last two years, reported contacts between officials and homeless people has tripled, with roughly 40 a day in February. Passenger complaints describe drug use, foul smells, and panhandling. "I've lived in the Bay Area my entire life and find this to be a terrible 'welcome,'" one wrote. 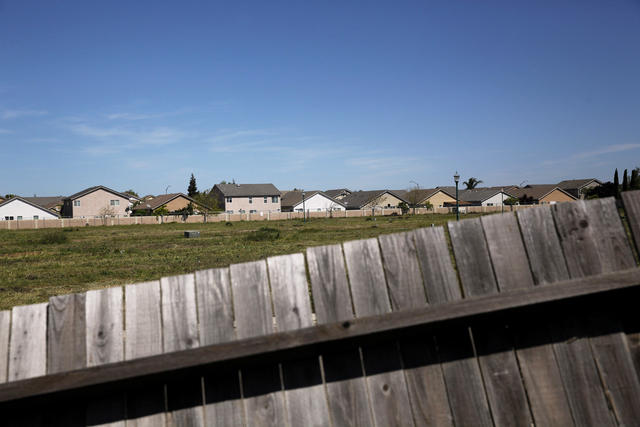 A housing development in Stockton, which has recovered since filing for bankruptcy in 2012.

Almost every Democratic presidential candidate has been asked about universal basic income. The conversation is likely to be informed by Stockton, where 130 residents will get $500 a month — no strings attached — for the next 18 months. It's an experiment that is as much public relations as rigorous research.

A man in far northern California was sentenced to 90 days in jail after pleading guilty to what the authorities described as the largest raptor poaching case in California history. Richard Parker, 68, lives on an 80-acre property in Lassen County, where he used firearms to kill more than 150 protected animals, including a mountain lion, two bobcats, and dozens of red-tailed hawks. 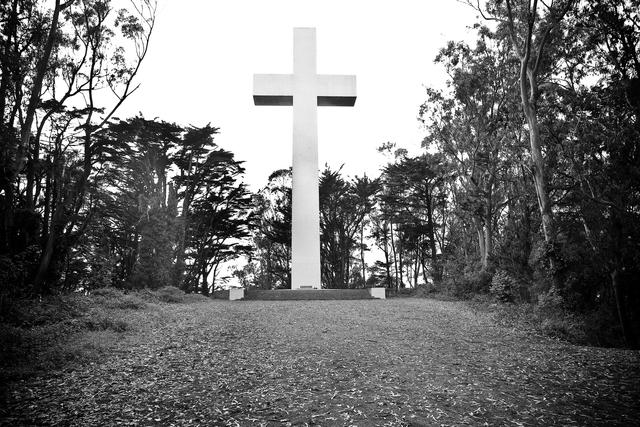 The first cross atop Mount Davidson was wooden. Later, a 103-foot tall concrete cross was erected.

Rising 928 feet from the middle of San Francisco, Mount Davidson is the tallest natural peak in the city. So it seemed an apt spot for a church to erect a cross in the 1920s. Situated on public land, the illuminated religious symbol was a point of contention for decades. Then, after a long court battle, the land was transferred in 1997 to an Armenian-American group.

Now the cross is only lit up twice a year: Armenian Genocide Remembrance Day on April 24 and Easter, when hundreds of the Bay Area's faithful make a predawn hike up Mount Davidson. Sunday will be the service's 97th anniversary.

The L.A. Times won the Pulitzer Prize for investigative reporting for its work about a U.S.C. gynecologist accused of sexually abusing hundreds of students during three decades at a campus clinic. The reporting was triggered by an anonymous tip, followed by months of digging into allegations. The report led to investigations, a class-action lawsuit, and the resignation of U.S.C.'s president. Here's a Twitter video of the newsroom erupting with applause during the announcement. Twitter | L.A. Times 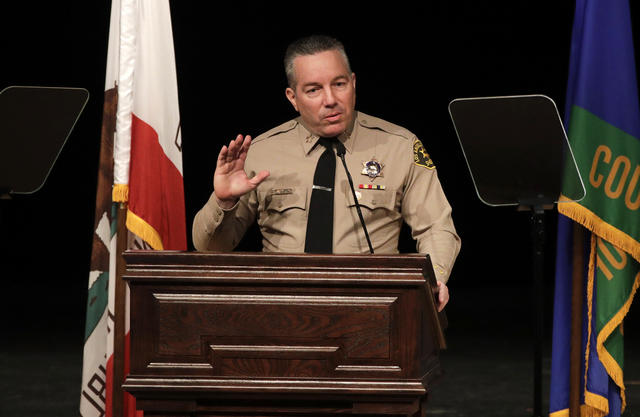 Los Angeles County's sheriff, Alex Villanueva, is closing internal misconduct investigations at an unusually rapid rate, according to a watchdog report. It said most of the cancellations were not justified. The closed investigations involved allegations running the gamut from sleeping on duty to child abuse and domestic violence. A civilian oversight official called the report "jaw-dropping."

Lori Loughlin and her husband are fighting their charges in the college admissions scandal. The couple was accused of fraud and money laundering as part of a scheme in which they paid $500,000 to get their two daughters into U.S.C. as crew recruits, even though neither is a rower. Loughlin and her husband, clothing designer Mossimo Giannulli, pleaded not guilty on Monday. 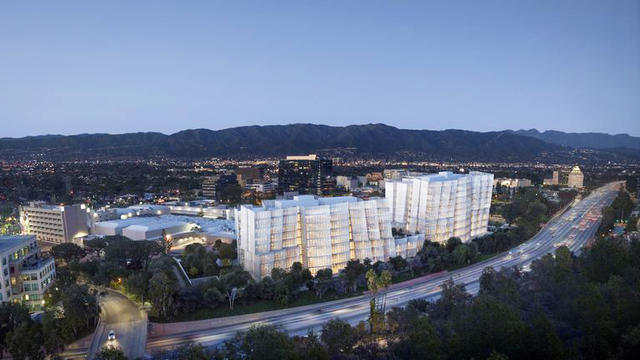 A rendering shows new office towers to be occupied by Warner Bros.

Warner Bros. is expanding its Burbank headquarters with plans to acquire a studio complex and move into two towers designed by Frank Gehry to look like icebergs floating alongside the 134 Freeway. The project is one of Burbank's largest and most complex real estate transactions ever, valued at more than $1 billion.

Parts of the border are guarded by simple wooden fencing.

A photographer and a writer spent five months traversing all 2,000 miles of the U.S.-Mexico border, from Brownsville, Texas, to San Diego. They met countless people, expecting to encounter divided views on President Trump's calls for a border wall. Instead, they found near unanimity: Nobody wanted it.

Listen and subscribe to the California Sun Podcast, conversations with the Golden State's most fascinating personalities.