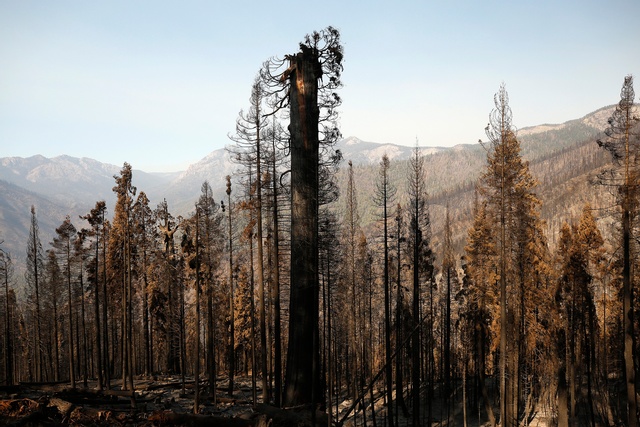 Damaged trees in the southern Sierra on Oct. 28, 2020, after the monster Castle Fire.

A wildfire that tore through the southern Sierra Nevada last year killed at least a tenth of the world's mature giant sequoias, according to a draft report by National Park Service scientists. Researchers now estimate that as many as 10,000 of the trees died in the Castle Fire, which scorched roughly 270 square miles across the Sequoia National Park and forest. "I cannot overemphasize how mind-blowing this is for all of us," a park ecologist said. "These trees have lived for thousands of years. They've survived dozens of wildfires already." Visalia Times-Delta

The state on Tuesday convened a first-of-its-kind task force on reparations for descendants of enslaved people. The nine panel members, eight of them Black and one Japanese American, will study proposals such as cash payments, land, and scholarships over the next two years, creating a roadmap that advocates hope will be emulated nationally. A.P. | L.A. Times

California's phone lines for unemployment assistance have been so jammed that a cottage industry of robo-dialing companies has emerged to help jobless people get through. Thousands of Californians have paid from $20 to $80 for the service. Data from the state's overwhelmed Employment Development Department shows that in May it never answered the phone for nearly a third of callers, who each averaged more than 10 tries. S.F. Chronicle

Hearst Castle was opened to the public on this day in 1958. The newspaperman William Randolph Hearst, a lover of the grandiose, believed California deserved architecture on par with that of medieval Europe. He built his castle on a hill overlooking the Central Coast, including a main residence with 115 rooms surrounded by three guest villas, each filled with precious artworks. But few rooms on the property are more photographed than the Roman Pool, a spectacularly tiled indoor pool that would make Wes Anderson swoon. A few pictures. 👇 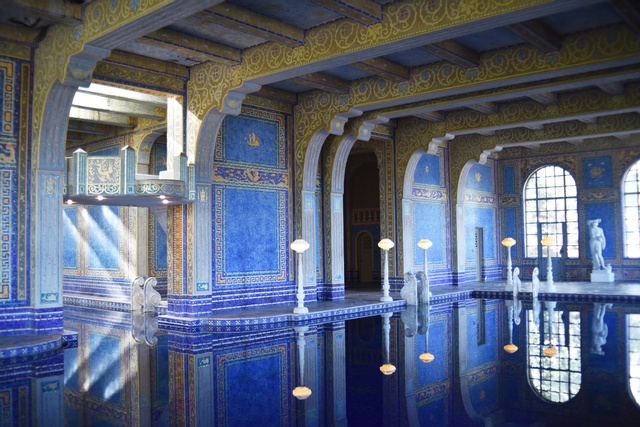 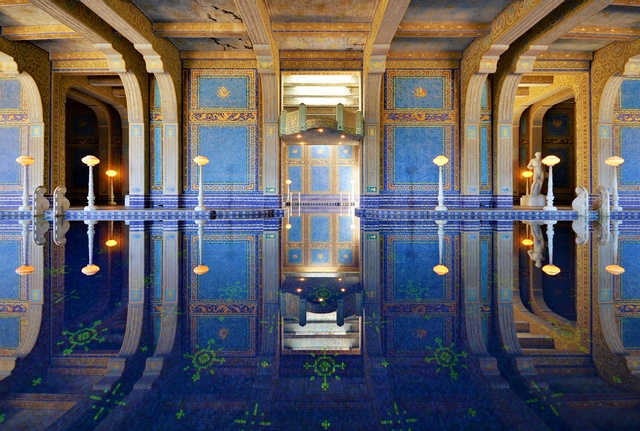 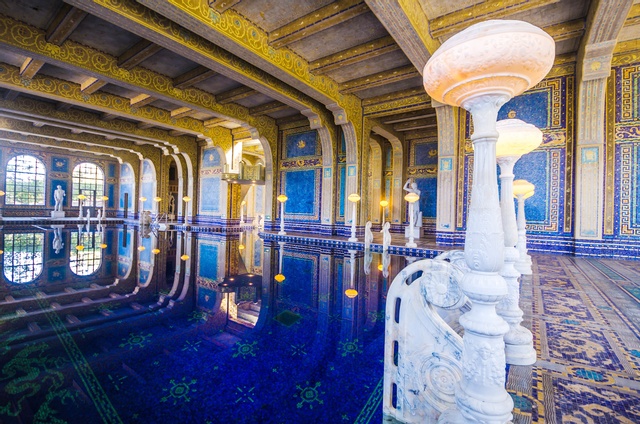 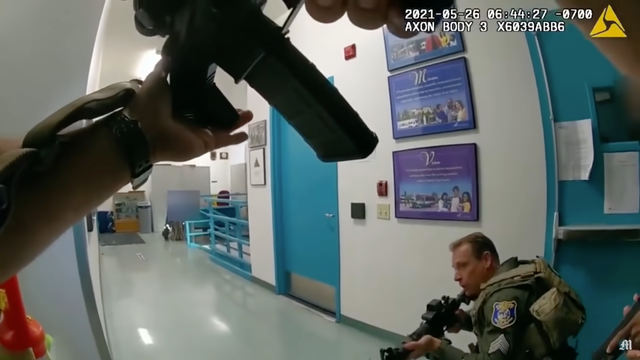 The authorities released body camera footage Tuesday that shows officers and deputies swarming the San Jose rail yard building where a gunman was holed up after killing nine of his coworkers. As they hunted through rooms and corridors for the shooter, 57-year-old Samuel James Cassidy, several shots rang out. They found Cassidy slumped in a chair with bullet wounds to his head and a gun in his hand. Mercury News | A.P.

Scientists have said the American West may be going through the worst drought period in centuries. It's led to a water war along the California-Oregon border that has tribes, farmers, and government agencies squaring off in ways that some fear could turn volatile. “There are folks on both sides that would really like to throw down and take things in an ugly direction,” said Clayton Dumont, a member of the Klamath Tribal Council. N.Y. Times

“Our monitoring traps are full of dead juvenile salmon.” The Karuk Tribe, which lives along the Klamath River, declared a climate emergency on Tuesday. Times-Standard | North Coast Journal

Three "lost" strips by Charles M. Schulz have been rediscovered. Unlike the late cartoonist's "Peanuts" strip, which never pictured adult figures, the samples show only adults. To some, they resemble a grown-up "Peanuts" crew, including a meek office worker and a shouting boss that could be Lucy Van Pelt. The strips will go on display for the first time on June 17 at the Schulz museum in Santa Rosa, where Schulz lived and worked. Washington Post | Press Democrat 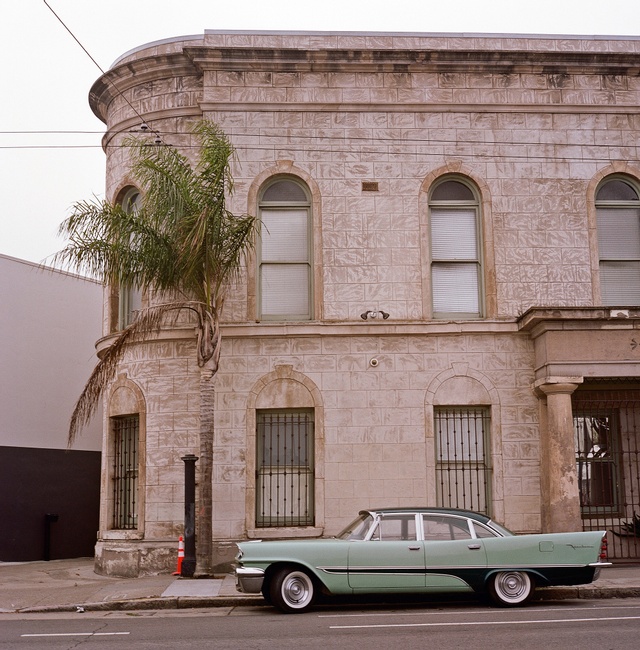 Christopher Hall's photos of parked cars around San Francisco seem drawn from some dreamy bygone past. But the found scenes — a moody 1960s Ford Mustang parked outside a warehouse, a Rolls Royce in front of "Don Ramon's" Mexican restaurant — were captured squarely in the age of Twitter and Facebook. "Ideally," Hall said, "I'm trying to find a scene where you have to question, 'Is this 1958 or is this 2021?'" California Sun 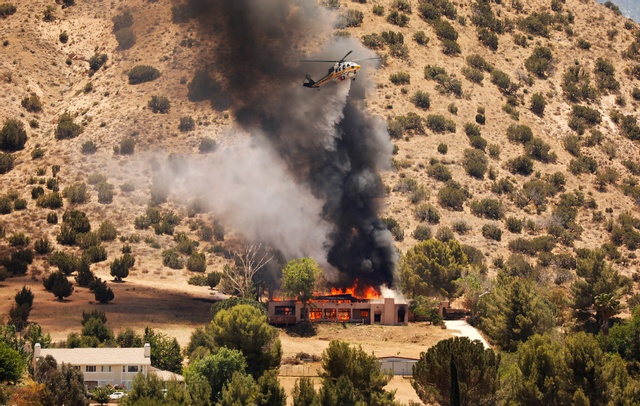 A home in Acton believed to be connected to the firehouse shooting was engulfed in flames on Tuesday.

An off-duty firefighter walked into his firehouse north of Los Angeles on Tuesday morning and opened fire, killing a fellow firefighter and wounding another before returning home, setting it ablaze, and apparently killing himself, officials said. The motive was unclear. “I cannot speak to the mindset of the shooter,” a visibly shaken Fire Chief Daryl Osby told reporters. The slain co-worker was a 44-year-old father of three daughters. L.A. Daily News | L.A. Times 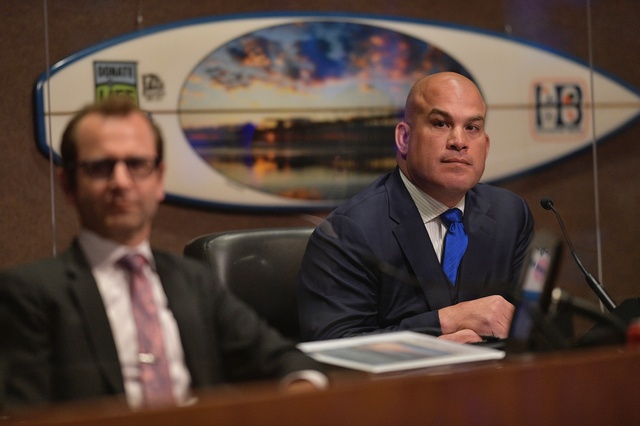 Mayor pro tem Tito Ortiz moments before he announced his resignation in Huntington Beach on Tuesday.

Tito Ortiz, the former mixed martial arts star-turned-City Council member in Huntington Beach, resigned Tuesday night, citing “character assassination” by the media and attacks involving his family. “To put it simply," he said, "this job isn’t working for me." Ortiz drew outrage for saying masks cause rather than prevent disease and the coronavirus is a form of man-made population control. Voice of OC | O.C. Register

When Hailey Morinico saw a large bear swatting at her dogs in her backyard on the edge of the Angeles National Forest, she didn't hesitate. The 17-year-old darted toward the powerful animal and shoved it from atop a fence, a perhaps reckless but effective move captured on surveillance camera. Morinico sprained a finger, but said it was no big deal. "I live in the mountains, so this is actually really normal. And it's summer, so they always come now." KABC | A.P. 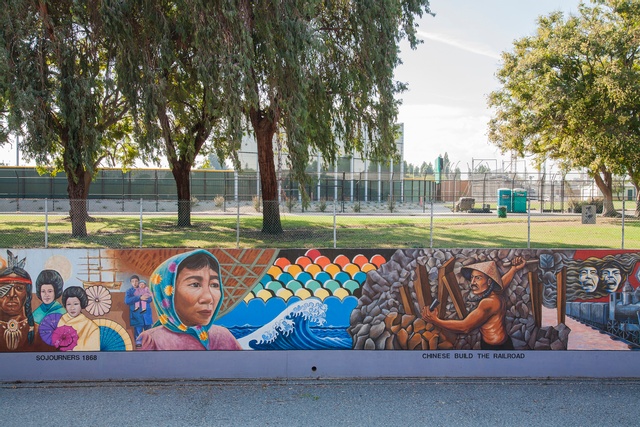 A section of the Great Wall of Los Angeles in the Tujunga Flood Control Channel.

Citizens of the Planet/Universal Images Group via Getty Images

In the 1970s, the artist Judy Baca led a small army of young people in the creation of a monumental mural along a concrete side of a tributary to the L.A. River. Dubbed the Great Wall of Los Angeles, it depicts the city's history "through the eyes of women and minorities." More than 40 years later, the mural is now getting a major update, with plans to double its length to a full mile. When complete it will span prehistoric flora and fauna to the coronavirus pandemic. Hyperallergic