Two firefighters died as crews battled a blaze at a library in Porterville, Tulare County's sheriff said. The fire in the agricultural community between Bakersfield and Fresno was aided by ample fuel in the form of books and a lack of sprinklers in the library, officials said. The origin was undetermined, but an investigation will explore the possibility of arson. Fresno Bee 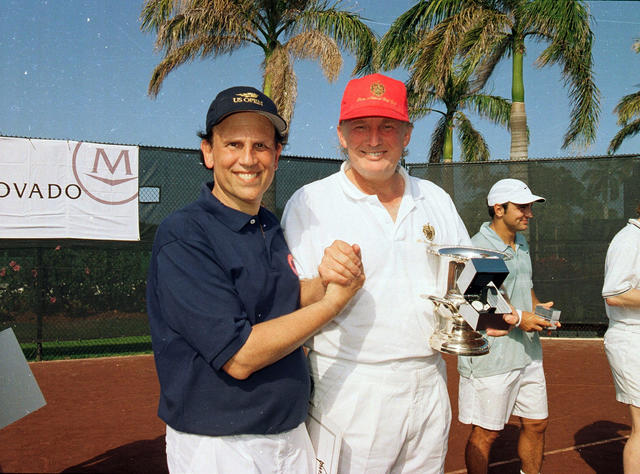 Michael Milken and Donald Trump at a tennis tournament in Palm Beach, Florida, in 2000.

Among those included in President Trump's blitz of pardons and commutations on Tuesday:

N.Y. Times columnist on the message sent by pardoning Milken: "When it comes to justice, money counts. And white-collar crime doesn't really matter."

Sen. Bernie Sanders now holds his widest lead yet since the Public Policy Institute of California began polling Californians on the race in July 2019. The latest survey showed Sanders with 32 percent support from likely Democratic voters, followed by Joe Biden at 14 percent, Elizabeth Warren at 13 percent, and both Michael Bloomberg and Pete Buttigieg at 12 percent. Sacramento Bee | S.F. Chronicle

It's that time again when the San Joaquin Valley's fruit and nut orchards erupt in pink, purple, and white. Every February and March, thousands of motorists and bicyclists bask in the colors along the Fresno County Blossom Trail, a 60-mile scenic loop southeast of Fresno. Reached by the Sun, tourism official Kristi Johnson said she expected the next three weekends to be resplendent. Goblossomtrail.com | YourCentralValley

Below, photos of the nascent bloom. 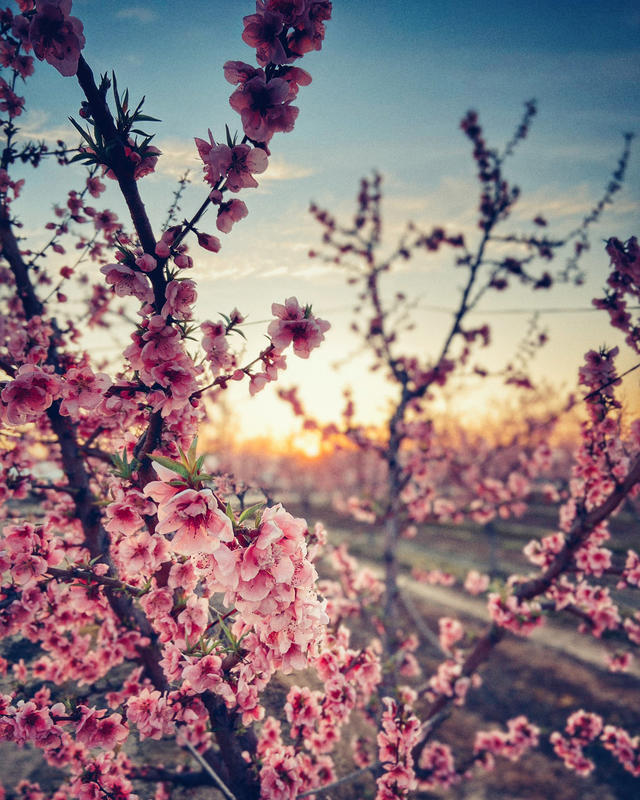 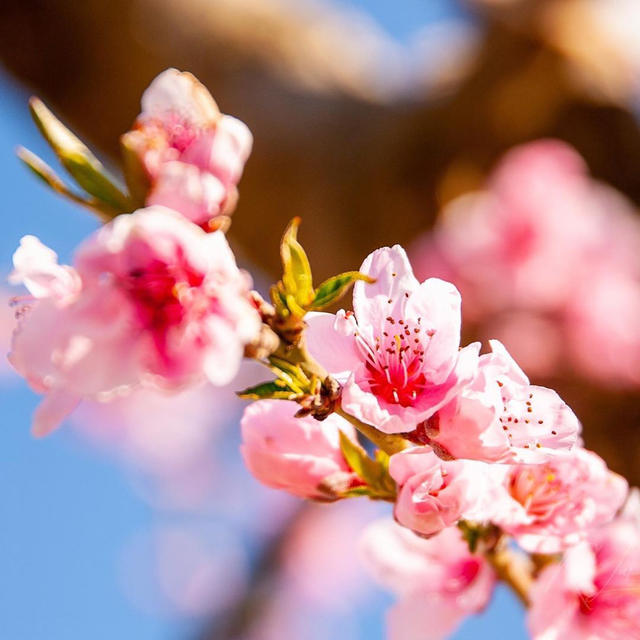 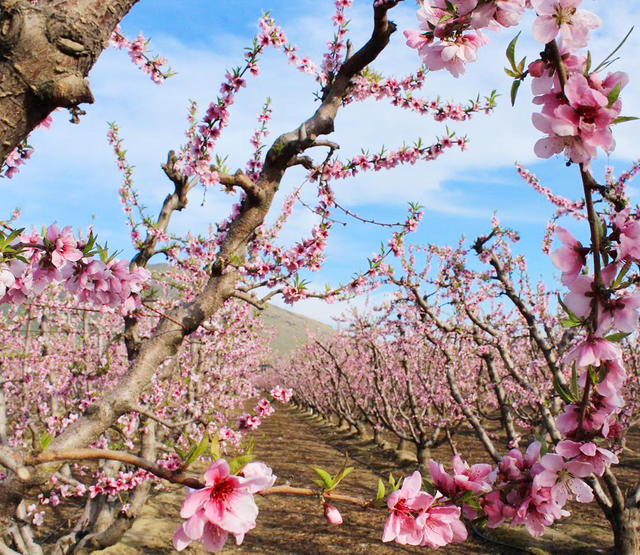 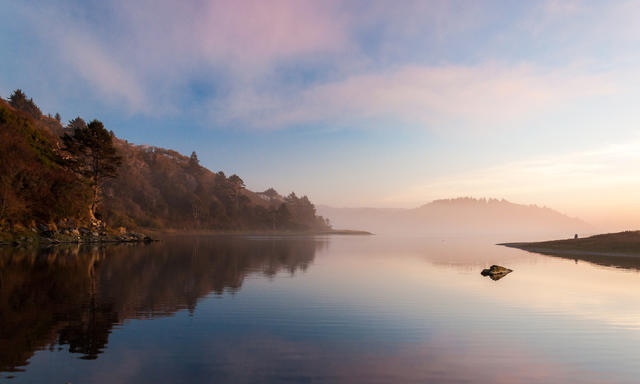 A generation ago, Humboldt County was known for tree-sitting environmentalists and mom-and-pop cannabis. More recently, headlines tell of drug abuse, homelessness, and murder. On a trip to her hometown, Arcata, a Bay Area writer said she encountered a palpable tension. At one point, three men stared menacingly at her in a park, she wrote. "The message was to leave. I wasn't welcome in this place, my childhood home." Journal of Alta California

"I saw you registered for the event today but I want to make it clear that it's invited press only."

Rep. Devin Nunes excluded the Fresno Bee, which he openly despises, from a major water forum in the San Joaquin Valley attended by the secretary of the interior, David Bernhardt. Other news organizations were allowed to attend. Nunes is suing the Bee's parent company as part of a barrage of litigation aimed at those who criticize him. Fresno Bee 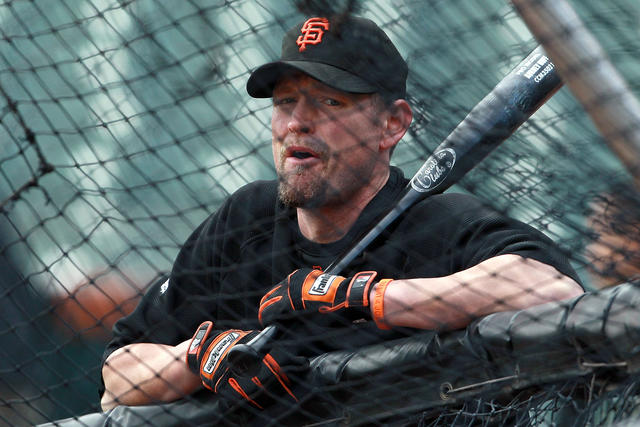 Aubrey Huff in San Francisco in 2010.

When the Giants host a 10-year reunion celebrating their 2010 World Series championship later this year, first baseman Aubrey Huff, a key force behind that victory, won't be there. The team let Huff know he was unwelcome because of his record of controversial tweets. On Tuesday, Huff, who says he's being punished for his Trump support, went on a radio program to discuss the unpleasantness. He lasted about eight minutes.

As Huff explained why women have no place in men's sports, the host, Joe Fortenbaugh, cut him off. "I'm regretting bringing you on," he said, "because I'm thinking to myself, 'You know what, he's exactly the turd he makes himself out to be on social media.'" SFGate.com | Slate

A graduate of San Francisco's Academy of Art University owes $431,607 in student loans — and he hasn't gotten a job. Shaun Dunn, a 3D designer, said the for-profit school persuaded him stay longer than he could afford and made lofty claims about how much he would earn. Three out of four Academy of Art students never graduate, and median salaries after graduation are modest at best. S.F. Chronicle 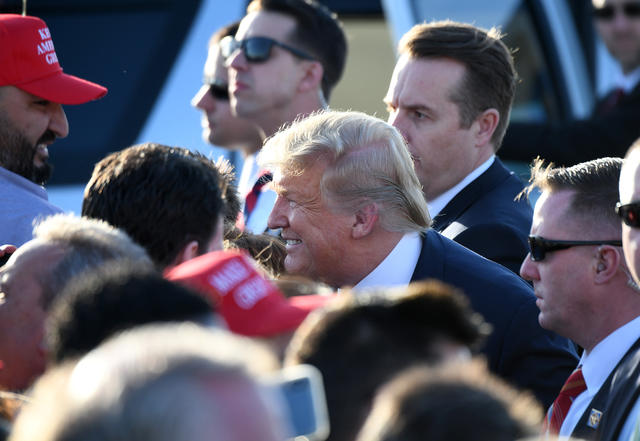 President Trump on Tuesday swung through California — "occupied territory" as his aide put it — where he met with organizers of the 2028 Olympic Games in Los Angeles and attended a fundraising dinner in Beverly Hills. He used the occasion to attack L.A. for its homelessness problem. If the city doesn't "clean it up fast," he said, he will intervene. L.A. Times | A.P.

During a visit to Bakersfield on Wednesday, Trump is expected to promote a plan to divert more water from California's wetter north southward to cities and farms. A.P. | Bakersfield Californian

Only two facilities in the world produce the circular plates essential for the production of vinyl records. Earlier this month, the larger of them, located in Riverside County, burned to the ground. The loss of the Banning facility presents a doomsday scenario that has shaken the vinyl industry to its core. Rolling Stone | L.A. Times 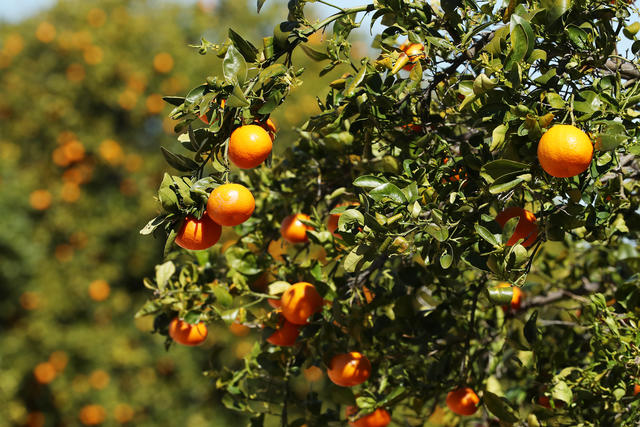 The Citrus Variety Collection has two trees of each citrus variety.

More than 1,000 varieties of oranges, grapefruits, lemons, limes and other citrus are cultivated at UC Riverside's Citrus Variety Collection, also known as the Noah's Ark of citrus. "But now, an apocalypse is nigh," writes the L.A. Times. A relentless bacterial infection has been spreading in California, and it's on the ark's doorstep. L.A. Times 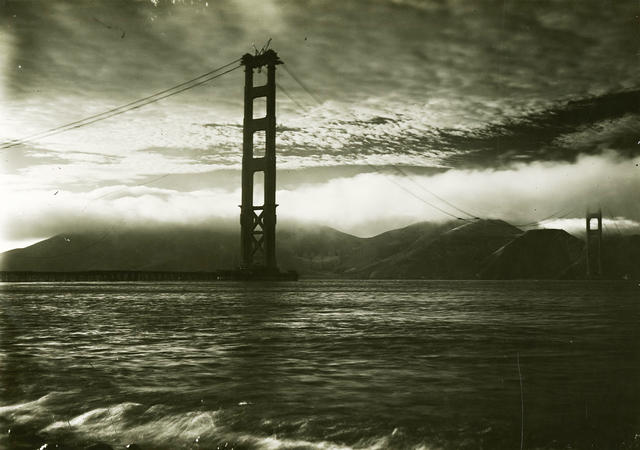 The incomplete Golden Gate Bridge was shrouded in fog in an undated photo.

"I knew that to have a prayer, to survive, I had to hit the water feet first."
— Slim Lambert

In the 1930s, it was pretty much expected that any major construction project would result in a handful of deaths. But with the country in the clenches of the Great Depression, men eagerly lined up for jobs building the longest suspension bridge in the world across the San Francisco Bay's Golden Gate.

The work was grueling, bitterly cold, and dangerous. Yet, just two months from completion, the project had resulted in only one death, caused by a toppling derrick. That changed on this week in 1937, when a catwalk broke loose beneath the bridge and sent 12 men hurtling 250 feet into the San Francisco Bay. 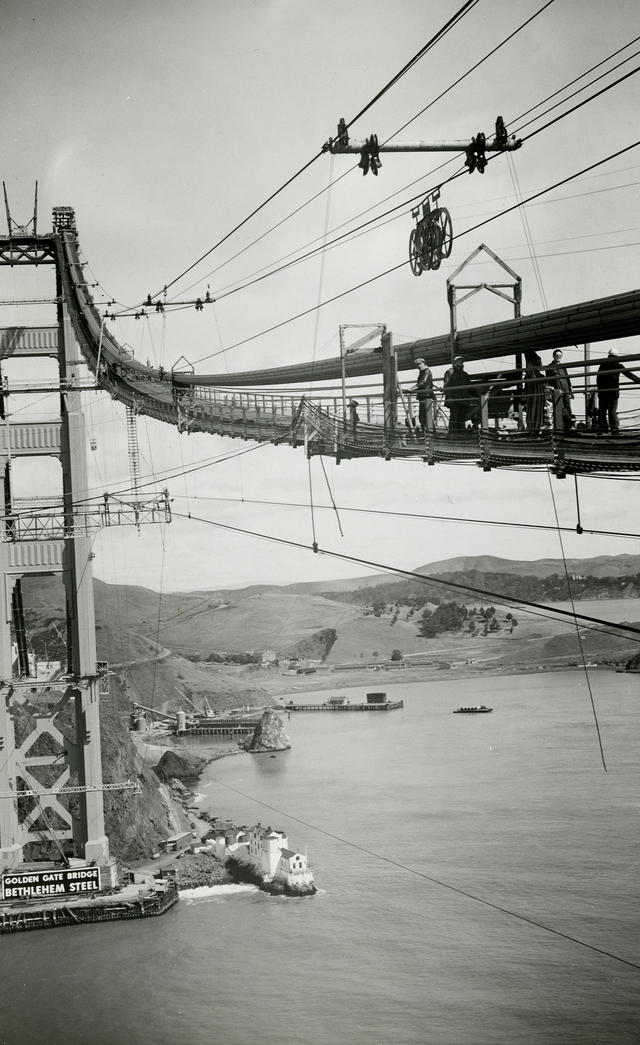 Bridge workers were perched on catwalks above the bay in March, 1936.

Only two survived, a 51-year-old carpenter named Oscar Osberg, and Slim Lambert, 26, a championship swimmer from Washington state. Lambert later recounted how, after entering the water, he narrowly escaped being dragged to the ocean floor by a piece of netting. When he finally surfaced, his neck was broken and his ears and nose were bleeding.

Once completed, the Golden Gate Bridge became an instant icon for San Francisco. But to many of the workers who built the span, it was forever their bridge, emblazoned with the 11 names of those who gave the ultimate sacrifice. According to his obituary in the S.F. Chronicle, Lambert visited the bridge from time to time throughout his life and tossed a penny over the egde — a token of gratitude for his good luck.

Some of the most memorable images of the bridge's construction were captured by an amateur photographer named Ted Huggins. The California Historical Society has a collection of 50 photos.