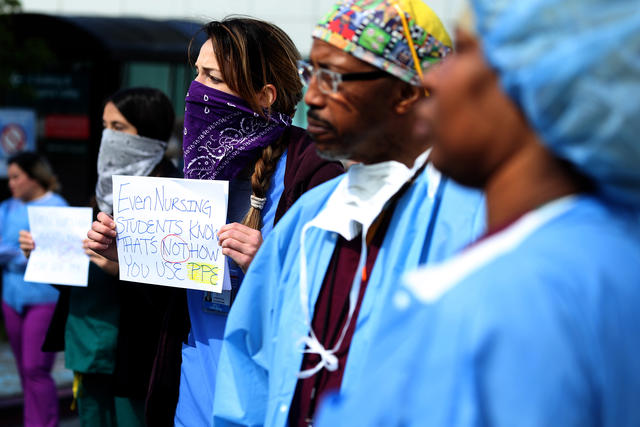 Doctors and nurses called for better protections during a protest in Oakland last week.

"I've never been more damn inspired in my life."

Within 24 hours of the governor's call to action, more than 25,000 medical workers — from pharmacists to retired doctors — had applied to join California's new Health Corps. They did so knowing that scarce protective gear could put them in harm's way. KTLA | Capital Public Radio

"Can you do your job without touching people?"

"It's impossible. Everything is touch."

For nursing home workers, social distancing isn't an option. The work is strenuous and low-paying, and now with the coronavirus, it’s flat-out dangerous. Here's a powerful video on the sacrifices being made by Northern California's nursing home workers. N.Y. Times (~ 5 mins)

Nearly 60 patients and staff members at a nursing home near San Bernardino have tested positive for the virus. It may be California's largest outbreak at a single facility, officials said. A.P. | San Bernardino Sun 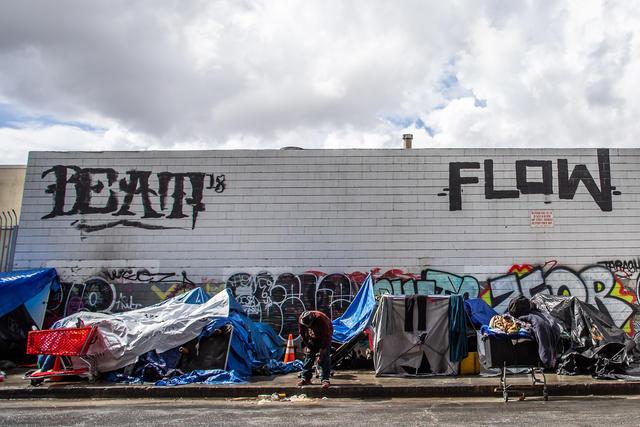 Here are the latest coronavirus totals, including first cases in Plumas County and on skid row, and deaths of a Santa Rosa police officer and a Los Angeles County health care worker. Tallies by the S.F. Chronicle and N.Y. Times: 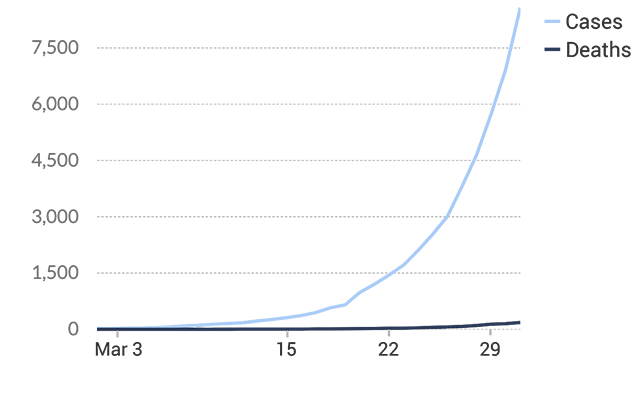 "We are not at war. Sailors do not need to die."

More than 100 sailors are infected with the coronavirus aboard the USS Theodore Roosevelt, whose home port is San Diego. In an unusual plea, the captain of the aircraft carrier, now in Guam, asked senior commanders to take immediate action to isolate the crew off the ship. They agreed. S.F. Chronicle | NPR 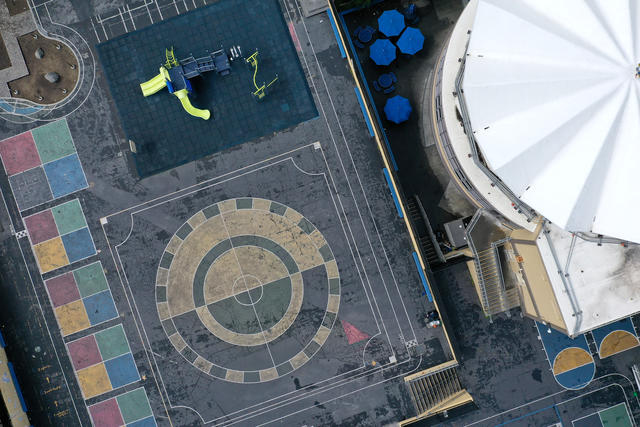 The state's top education official confirmed what's been widely expected: that school campuses would be unable to reopen this academic year. Superintendent Tony Thurmond did not mandate continued closures, but said the pandemic meant returning would be reckless. Instead, he added, schools should focus on strengthening distance learning. EdSource | Sacramento Bee

The Bay Area adopted even stricter lockdown measures through May 3. Among the changes: Dog parks are off limits and funerals are limited to 10 people. SFist | Mercury News

California is preparing to release as many as 3,500 inmates convicted of nonviolent crimes as it tries to stem the spread of the coronavirus in cramped prisons. At least four inmates and 25 correctional staffers have tested positive for Covid-19. A.P. | S.F. Chronicle

"This is worse than a cruise ship," an L.A. County inmate said. "Everybody's on top of each other." L.A. Times 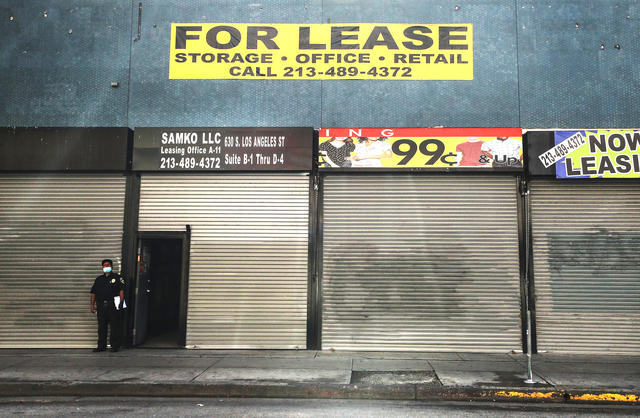 A jaw-dropping 1.6 million Californians have applied for unemployment insurance since mid-March, Gov. Gavin Newsom said on Tuesday. The avalanche of claims has forced the state to redeploy hundreds of staff members, including recent retirees, to process them. Sacramento Bee

Food stamp applications are also through the roof. L.A. Times

Hal Wilkes, a professional bagpiper, has been climbing onto the roof of his apartment building in San Francisco at sunset each night and playing a single song. The sorrowful notes echo surprisingly far across the quiet city, where people have made a poignant ritual of listening from the windows. S.F. Chronicle

The Trump administration released its rollback of Obama-era tailpipe pollution standards, gutting the federal government's most important climate change policy and setting up a clash with California. State Attorney General Xavier Becerra criticized the timing during a pandemic. "It's difficult to believe that we've now got to divert some of our state attention to trying to tackle an unlawful attempt to change our clean car standards," he said. CalMatters | Sacramento Bee 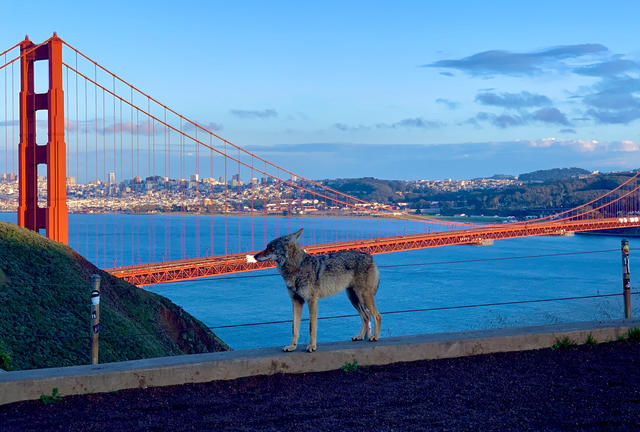 Just because it's glorious, here's a picture of a Marin coyote standing sentry near the Golden Gate Bridge on Sunday evening, shared with the Sun by San Francisco resident Taylor Gaw.

Also: Coyotes are eating a lot of our pets. That's the conclusion of a new multiyear study that found that nearly two-thirds of Los Angeles coyotes' diet came from trash, fruits, and a surprising number of cats. Here's chilling video of a sneak attack on a small dog in South Lake Tahoe. YouTube

Gif created from video by NASA

In 1984, federal scientists crashed a remotely controlled Boeing 720 in the Mojave Desert. Four years in the planning, the point of the exercise was to test new safety technologies. The pleasure of watching the spectacular explosion was just a happy side effect. NASA released old footage filmed from multiple angles on high-speed 16mm film. Supercluster/YouTube | Mashable