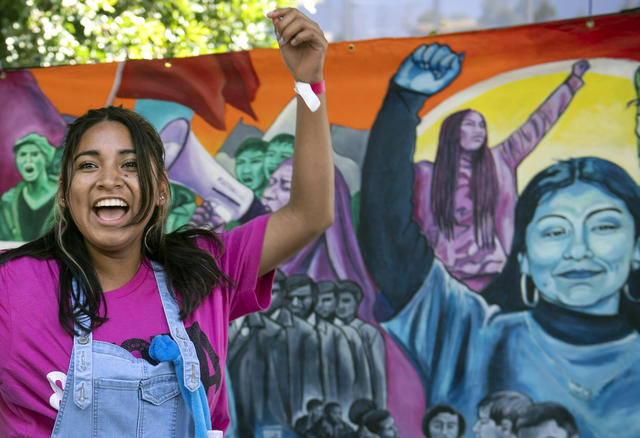 State lawmakers advanced a measure that would let 17-year-old Californians vote in primary and special elections, if their 18th birthday falls before the following general election. A Republican assemblyman called the move a ploy to lure more Democratic-leaning young voters. "That's what is really going on here," he said. A.P.

California's ethnic studies bill is now on hold. The law that would require all high school students to take an ethnic studies course faced criticism over a proposed curriculum seen as overly PC and insensitive to Jewish people. Even the bill's author agreed it needed work. L.A. Times

Supporters of the curriculum said people are misunderstanding its purpose. "Ethnic studies is about interrupting racism in America," a Chicana/o Studies professor said. L.A. Times

California is notorious for having some of the country's worst air pollution. But it's a big and windy state. To help visualize exactly where the air is unhealthy right now, the S.F. Chronicle created a continually updated map depicting air quality ratings and winds across the state. S.F. Chronicle 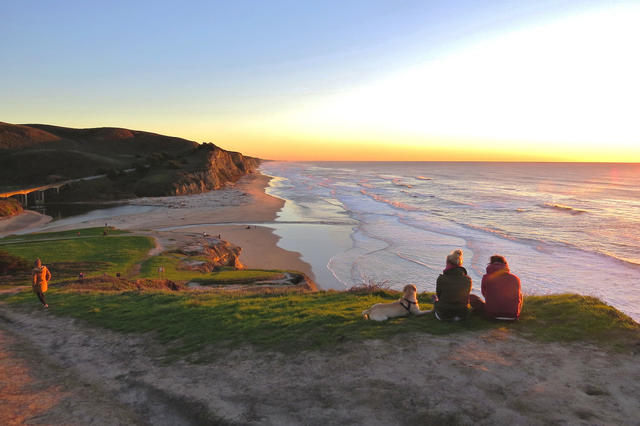 For all its flaws, California is a paradise.

As a reminder, here's a gorgeous time-lapse video featuring the lakes, beaches, deserts, and skylines of Southern California. To create it, the husband-and-wife team Ryan and Sheri Killackey spent a year collecting more than 10,000 photos. It's called "A Day in California." Vimeo

Here's a sequel, "Imagine California," which captures some of the beauty up north.

A light-rail train collided with a maintenance train in Sacramento late Thursday, leaving 27 people hurt, officials said. No injuries were life-threatening, but two people suffered moderate injuries, an official said. A passenger told CBS Sacramento that he flipped over the top of his bike and saw another rider hit a bench so hard that "his leg opened all the way across." CBS Sacramento | Sacramento Bee 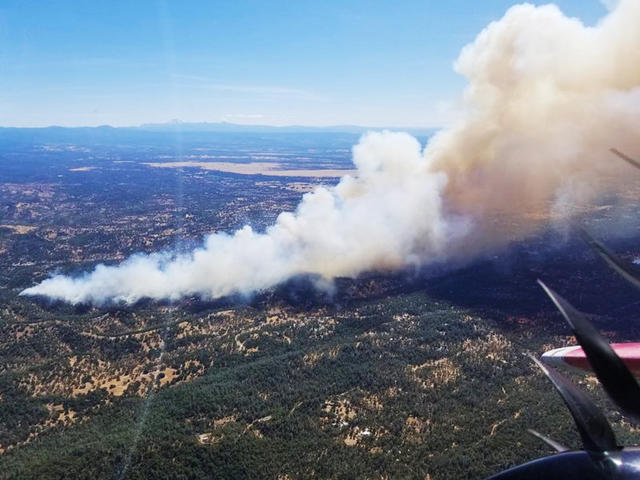 The Mountain Fire burned near Redding on Thursday.

A court filing revealed that PG&E conducted an unusual inspection of the power line that sparked the Nov. 8 Camp Fire just weeks before it failed. It raised questions about what the company knew. Wall Street Journal

The N.Y. Times visited Camp Tawonga, a 90-year-old Jewish sleepaway camp in the foothills west of Yosemite, which for the first time this summer offered an all-gender cabin option to its campers. "Here I don't have to hide who I am," a nonbinary 11-year-old said. "I can play soccer and braid my hair and nobody judges me." N.Y. Times

A Sonoma County principal irked some parents when he greeted returning students with a rainbow flag. Now the school board is examining "social inclusion symbols" on campus. Press Democrat 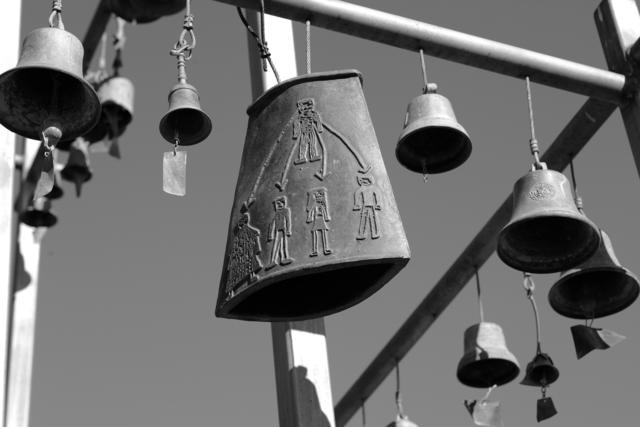 Today I learned: When the wind blows in Bodega Bay, the sound of 140 hanging chimes echoes softly across a grassy knoll. It's part of a memorial for Nicholas Green, a 7-year-old boy who was killed in an armed robbery during a family trip to Italy in 1994. Nicholas's parents, who lived in Bodega Bay, decided to donate the boy's organs, giving precious gifts to seven Italians. The Italian people were so touched that the country's rate of organ donation tripled in a decade. It became known as the "Nicholas Effect." Atlas Obscura 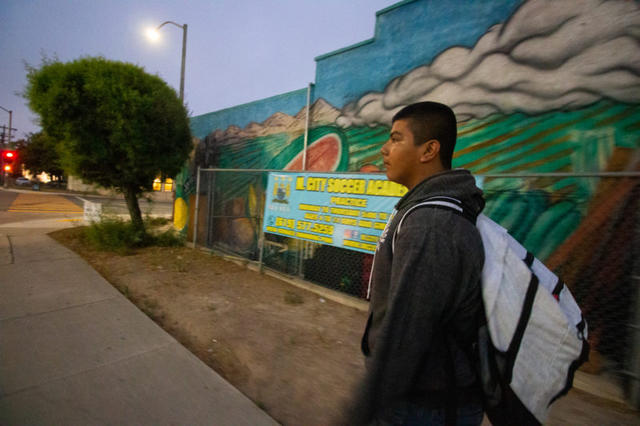 Jose Luis Perez started walking to school after his bus was eliminated.

Jose Luis Perez, a sophomore at San Ysidro High School, gets up at 4:30 a.m. every day and walks two hours to get to school. Why? His mother works nights, and his bus route was eliminated thanks to a budget crisis. A reporter joined Perez on his trek to school. He doubts he'll get into a good college, Perez told her. "No one wants a kid from San Ysidro." Voice of San Diego

Southern California must plan for 1.3 million new homes over the next decade, a figure more than triple what local governments had proposed, according to an assessment by state housing officials. The target is being seen as a warning to cities and counties, which have resisted efforts by the state to override local restrictions on growth. L.A. Times 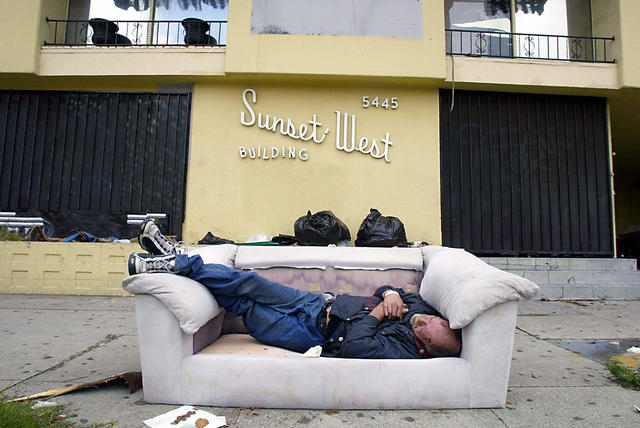 A homeless man slept in Hollywood.

Los Angeles lawmakers are considering new rules that would bar people from sitting or sleeping on sidewalks near schools, parks, or daycare centers. More than 36,000 people sleep on the streets of Los Angeles, far more than the city could handle in homeless shelters. That means any new sleeping restrictions would face legal challenges. "You can't do this and expect that you'll have something that's enforceable," a lawyer said. L.A. Times | LAist

On this week's California Sun Podcast, host Jeff Schechtman talks with Paul Koretz and Marqueece Harris-Dawson, two powerful City Council members who represent polar opposite districts in Los Angeles. "When an American city — one of the most well-off regions in the most well-off state in one of the most well-off countries in the world — can't provide basic housing and basic health care for its citizens, I think rightly we start asking real questions about how we structure our society," Harris-Dawson said. California Sun Podcast 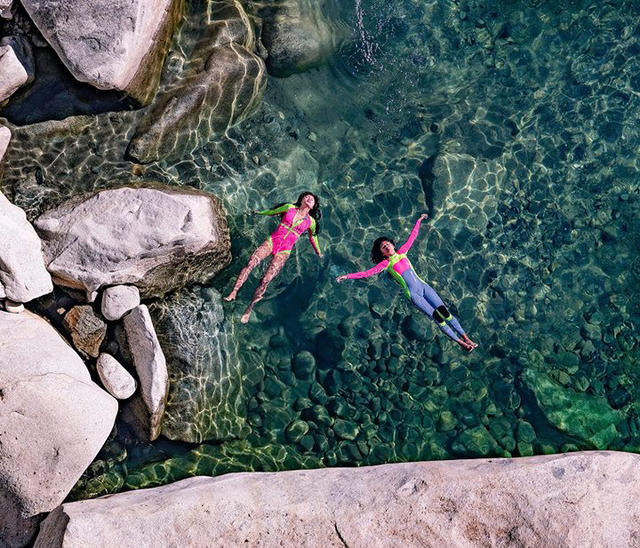