Reminder: The newsletter is pausing through next Friday. Back in your inbox on April 12.

“Our phones have been ringing off the hook."

More than 7 million Californians between 50 and 64 become eligible for a coronavirus vaccine today. Many will be frustrated. This week, Contra Costa County provided a preview of how the rush for appointments might unfold. When the county offered vaccines to anyone 16 and older on Tuesday, 30,000 requests came in overnight. Officials said those people should be prepared to wait "a few weeks" before actually getting a shot. S.F. Chronicle | KTVU 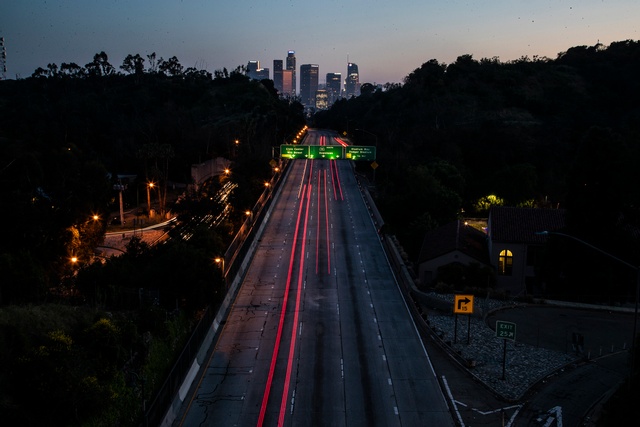 It was nice while it lasted.

An analysis of traffic data found that the number of daily passenger vehicle trips across the U.S. has reached pre-pandemic levels for the first time in a year. In Los Angeles, passenger vehicle miles hit 99% of their pre-pandemic levels on the weekend of March 20-21. San Francisco was at 88%. Researchers said the increased travel reflected the return of a humming economy. A.P. 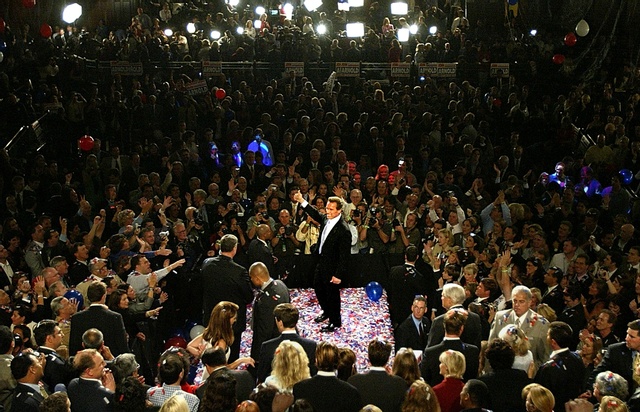 Arnold Schwarzenegger on the parallels between the 2003 gubernatorial recall that put him in office and now: "It's pretty much the same atmosphere today as it was then. There was dissatisfaction, to the highest level. And it’s the same with the momentum. Something that sets it off to a higher level, kind of the straw that breaks the camel’s back ... like an explosion.” Politico

A CalMatters investigation found that at least 1,300 people have been incarcerated in California jails longer than three years without being tried or sentenced. Of those, 332 people have been waiting for longer than five years. "These are men and women for whom the notion of 'presumed innocent' has been turned on its head. They — along with the victims of crimes awaiting justice — are the human toll of a California judicial system that struggles to dispose of cases in a timely manner." 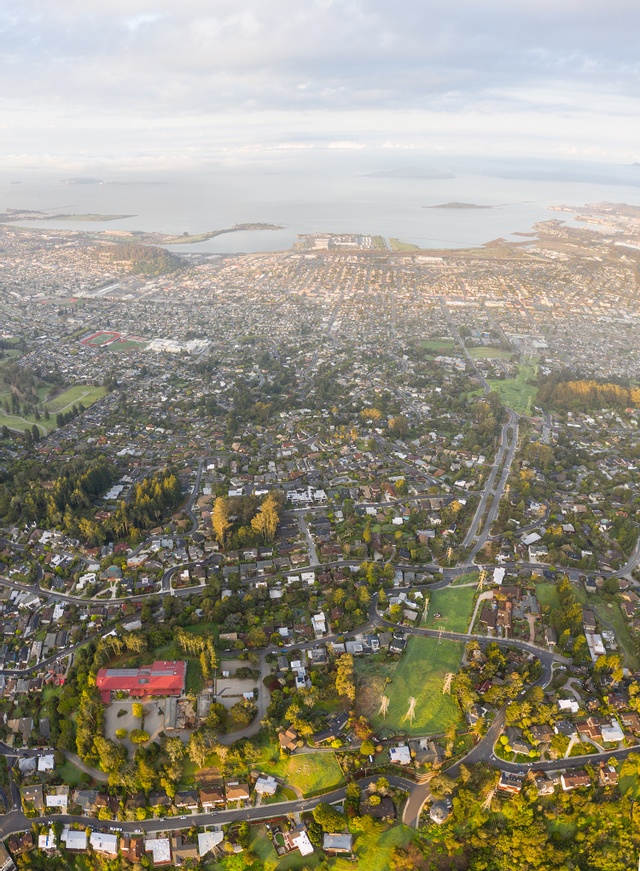 A view from Kensington toward the San Francisco Bay.

The Washington Post published an eye-opening analysis of California's population slowdown, a consequence of three factors: an exodus to other states, a larger-than-normal baby bust, and slowing immigration. California has time to right the ship, the data specialist David Byler wrote. "Otherwise, states like Texas, Florida and Arizona will become the new promised lands of opportunity." 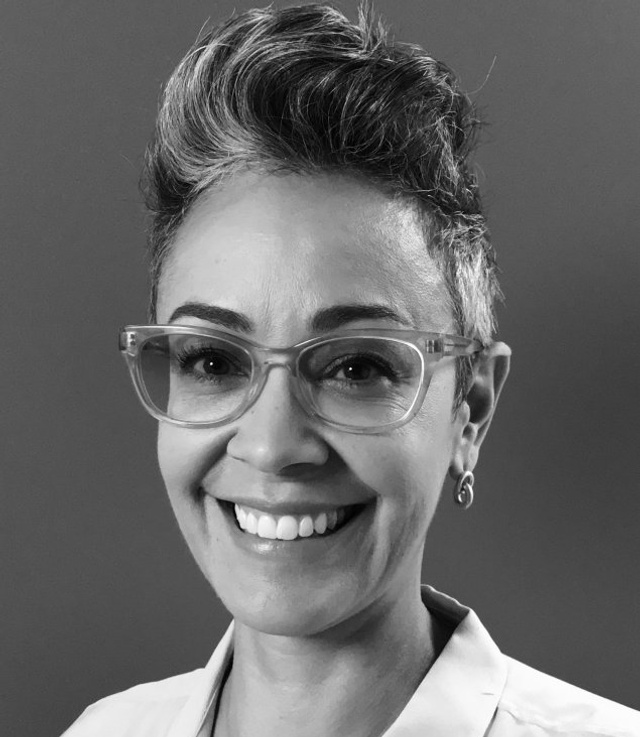 Alison Collins has faced escalating calls to step down.

Alison Collins, a San Francisco school board member who was stripped of a leadership position for posting racist Tweets, sued the school district and her board colleagues, saying they violated her speech rights. Citing "spiritual injury to her soul" among other harms, Collins is demanding $87 million in damages. She also wants a written apology, her lawyer said. State Sen. Scott Wiener reacted with disbelief. "After years in politics, I thought I’d seen every inappropriate & self-absorbed thing a politician can do," he wrote. "I was wrong." S.F. Chronicle | Mission Local

The California inmate accused of fatally strangling the serial killer known as the "I-5 strangler" confessed in a five-page letter to the Mercury News. Jason Budrow explained that he was "avenging" Roger Kibbe's victims, who included at least seven women and girls. Budrow, a convicted murderer himself who has a "666" tattoo above his right eye, said he was unconcerned about legal consequences. No jury would see him executed for killing the "I-5 strangler," he wrote. Mercury News 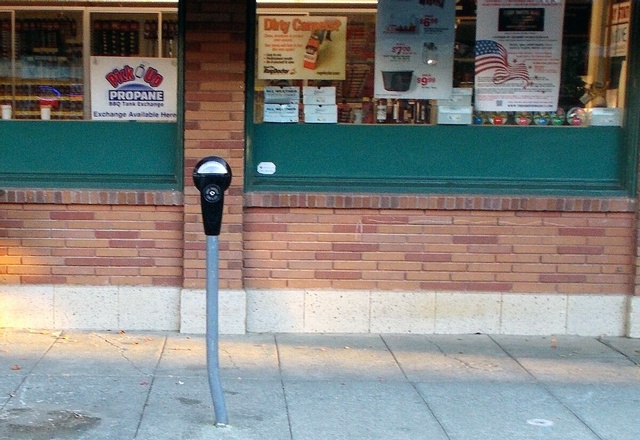 The small farming town of Winters, near Sacramento, has a four-block downtown with 300 parking spots and a single, lonely parking meter. Installed by a mystery prankster on April Fool's Day in 2015, the meter was so amusing to city officials that they left it in place. Confused out-of-towners can sometimes be seen dropping a coin in the machine. The proceeds, roughly $100 a year, go toward a July Fourth fireworks fund. Atlas Obscura 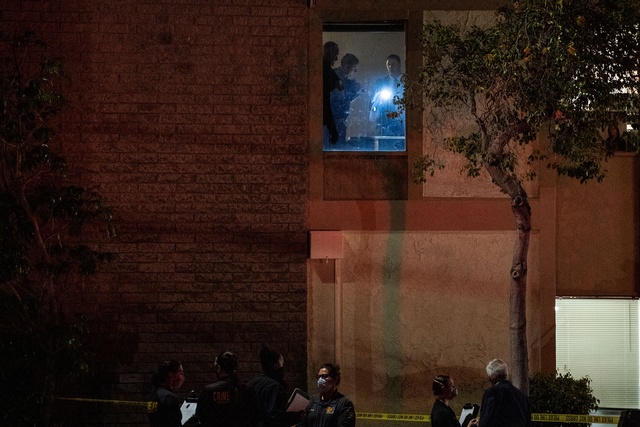 Law enforcement combed through the Orange building where a mass shooting unfolded on Wednesday.

Four people were killed, including a child, after a gunman opened fire in an office building in the city of Orange on Wednesday, the authorities said. A fifth victim, a woman, was in critical condition. Details were scarce late Wednesday, with no word on what might have prompted the shooting. A male suspect was taken into custody and transported to a hospital with a gunshot wound. The mass shooting was the third across the United States in two weeks. O.C. Register | L.A. Times

The son of a well-known business leader in Los Angeles has been charged with setting fire to a homeless encampment in 2019. Prosecutors accused Daniel Nogueira, 27, of throwing a device described as a “mortar” or “firecracker” at the encampment, sparking a brush fire that injured three people and threatened nearby homes. Nogueira's father, Michael Nogueira, is the president of the Eagle Rock Chamber of Commerce. L.A. Times 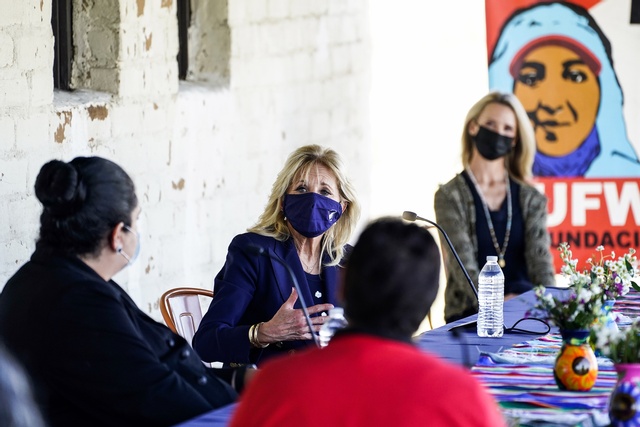 Jill Biden participated in a roundtable in Delano on Wednesday.

Jill Biden, the first lady, traveled on Wednesday to Delano, the Central Valley town that helped birth California's farmworker movement. Joined by Gov. Gavin Newsom, she delivered a speech that praised farmworkers for keeping America fed. Without them, she said, "no one would have made it through this year." Valley leaders hope the visit signals the Biden administration's commitment to immigration reform. Bakersfield Californian | Fresno Bee 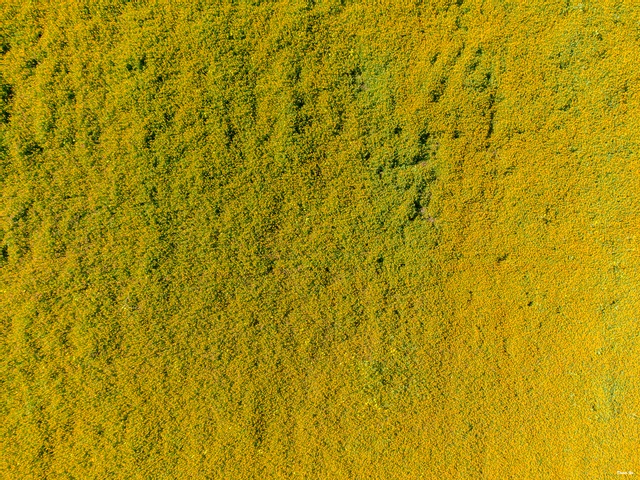 Wildflowers at Half Moon Bay in early March.

California's dismal rainy season has been followed by a dismal wildflower bloom — with notable exceptions. Here’s what reports from some of the state’s premier wildflower destinations have been saying: 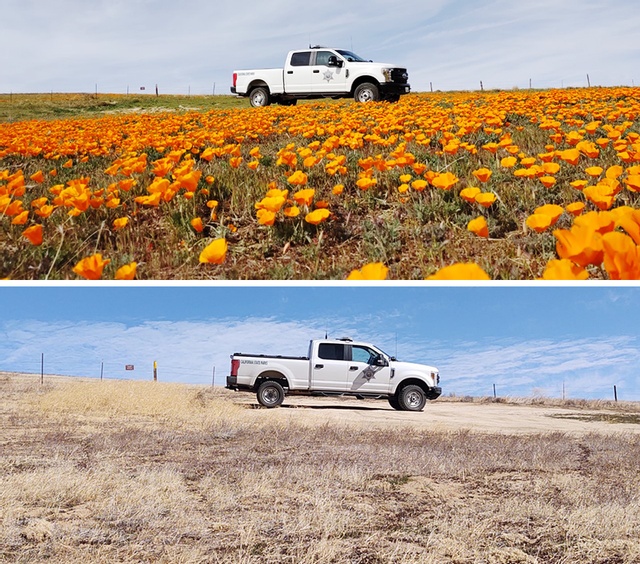 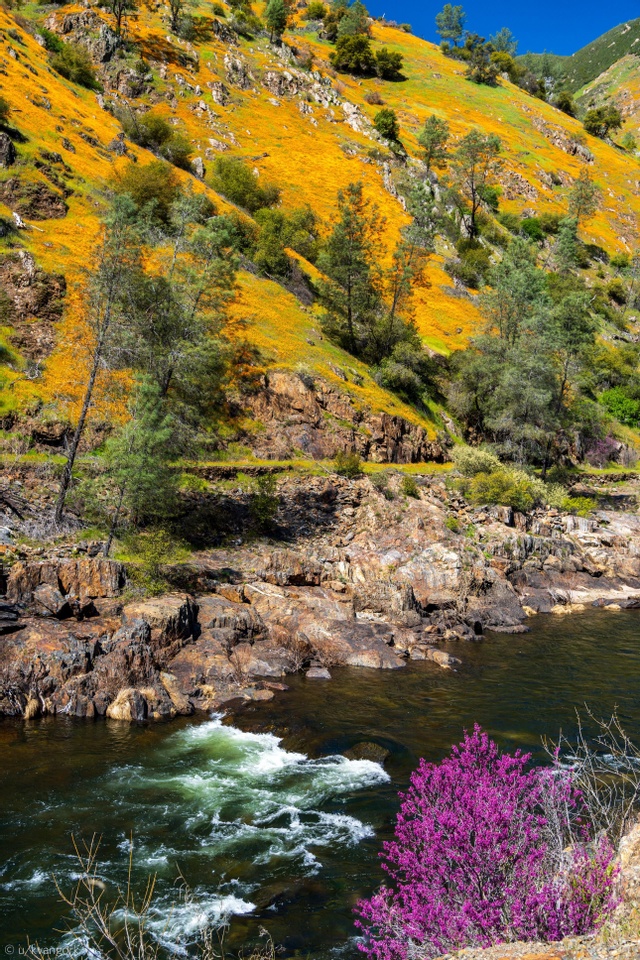