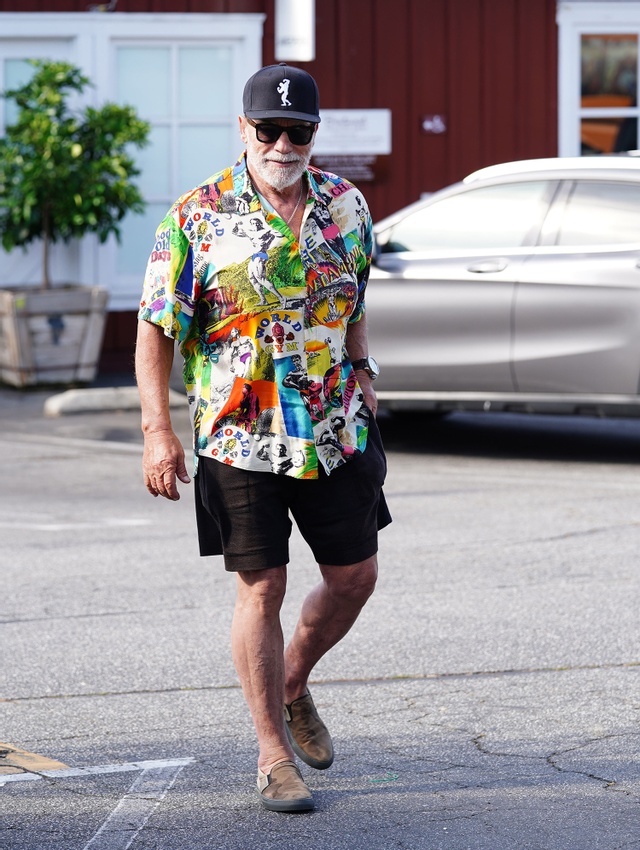 Arnold Schwarzenegger was seen out for a stroll last summer in Los Angeles.

When Arnold Schwarzenegger left Sacramento in 2011, he was clouded by a 27% approval rating and a personal scandal that ended his marriage. Now he's more popular than when he was elected, a remarkable feat for a Republican in deep blue California. The N.Y. Times' Shawn Hubler interviewed Schwarzenegger for three hours at his Los Angeles mansion. “Why did I get elected?” he asked. “Why did Trump get elected? Because people were dissatisfied with the politicians. They hate the politicians. They can’t trust them. This is the overriding story.” N.Y. Times

After Caitlyn Jenner announced her candidacy for governor, it was crickets for a week. Then on Saturday, a TMZ reporter caught her during a coffee run and asked where she stood on transgender girls in girls' sports. "This is a question of fairness," the former Olympian said. "That's why I oppose biological boys who are trans competing in girls' sports in school. It just isn't fair." One of the state’s largest LGBTQ-rights groups denounced her remarks. TMZ | Washington Post 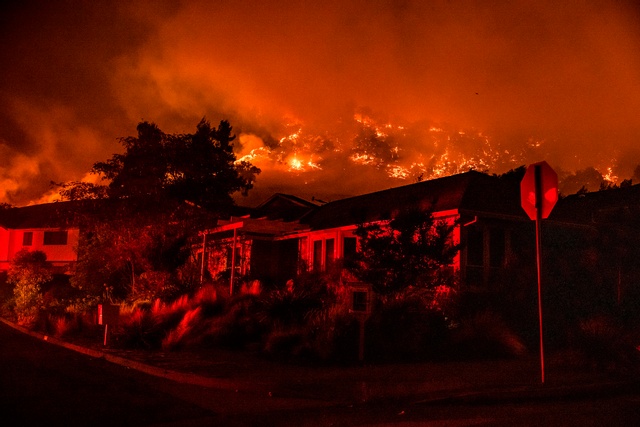 In April, Gov. Gavin Newsom inked an unprecedented $1 billion blueprint for wildfire prevention. But a growing chorus of wildfire experts say it prioritizes logging over measures that will do more to protect homes. “There is a pretty big disconnect between this budget and trying to do something about the loss of lives and homes,” said Max Moritz, a wildfire expert at UC Santa Barbara. “Those forest treatments, they don’t do barely anything to alleviate the risk to human communities.” S.D. Union-Tribune

A few dispatches from the debate over American policing:

Between November and January, the Bay Area saw one of the deadliest winters for sneaker waves in memory, with eight people killed. On Jan. 18, the Pruthi family visited a cove near Half Moon Bay when powerful waves pulled their two boys into the churning water. Arunay, 12, never came back. The S.F. Chronicle recounted the devastating story of a family that was unfamiliar with the perils of the Pacific. Tarun, the boys' father, said the hardest part was knowing his son's death could have been prevented. “We just didn’t know,” he said. “We didn’t even think that this could happen.” 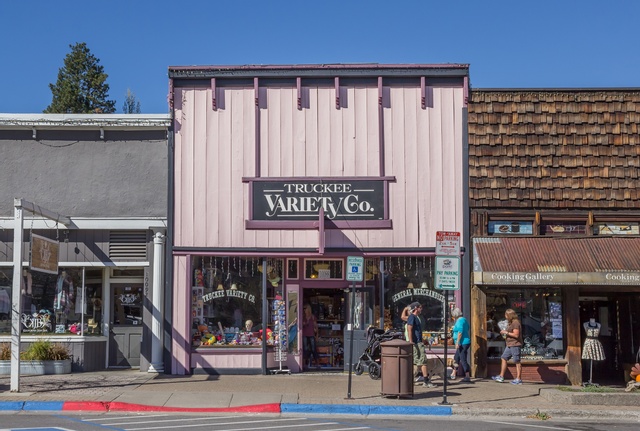 Transplants have been drawn by the small-town charm of Truckee.

Over the past year, remote workers of means in the Bay Area have increasingly headed to the mountains, where the air is clean, the people are few, and the Wi-Fi is strong. In Truckee, a town of 16,000 people, the deluge has led to a doubling of the median home price to $2 million. Hostility to the influx has gotten so intense that some residents have demanded that the mayor close the exits to Truckee on I-80. L.A. Times

"There are individuals who seem to enjoy killing for the sake of killing.”

Richard Parker, an insurance salesman in Lassen County, described himself as a naturalist. But when an anonymous tip led wildlife officials to his sprawling property along the Susan River in 2018, they made a stomach-churning discovery: the carcasses of more than 150 protected birds of prey and other wildlife. The Guardian chronicled how a seemingly ordinary country gentleman became one of the bloodiest poachers in California history. 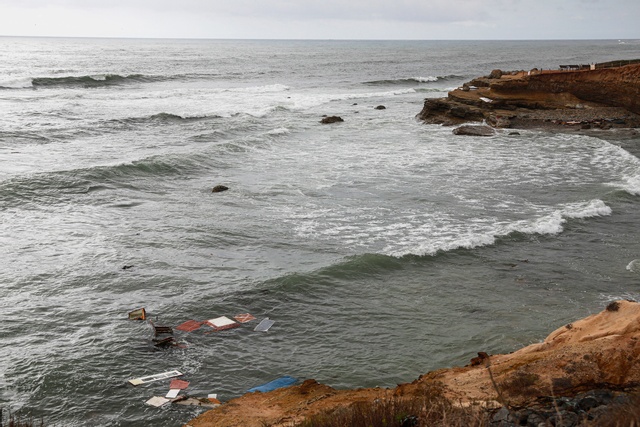 Debris from the shattered boat littered the shoreline near Cabrillo Monument on Sunday.

A boat suspected of smuggling migrants capsized along the rocky San Diego coast early Sunday, killing at least four people, the authorities said. Officials described a chaotic scene as passengers scrambled for safety in roiling waters and rescuers mounted a large-scale effort to pull them to safety. Roughly two dozen people were hospitalized. A border official said the vessel was dangerously overcrowded. “Smugglers don’t care about the people they’re exploiting,” he said. “All they care about is profit." ABC News | S.D. Union-Tribune

Two military friends — one a rescue swimmer and the other training to be a Navy SEAL — saw the boat tip over from the shore. They gave each other a look, said "yeah," and jumped into the water. KGTV

USC’s $1.1 billion in settlements to about 17,000 former patients of Dr. George Tyndall was the largest sex-abuse payout in education history. But that doesn't mean it was fair, an L.A. Times report revealed. USC agreed to pay one cohort of victims more than $1 million each. Another group that agreed to join a class action settlement got an average of $96,000. The lopsided payouts, wrote the Times, "has left some exuberant and others feeling bruised and cheated."

The legendary "Simpsons" writer John Swartzwelder is among the most revered comedy writers of all time — and a determined recluse. On Sunday, the New Yorker published the first major interview with Swartzwelder. It included this gem:

Q. The longtime “Simpsons” showrunner Mike Reiss once told NPR that you wrote Homer Simpson as if he were a big dog. True?

A. Yes, he is a big talking dog. One moment he’s the saddest man in the world, because he’s just lost his job, or dropped his sandwich, or accidentally killed his family. Then, the next moment, he’s the happiest man in the world, because he’s just found a penny—maybe under one of his dead family members. He’s not actually a dog, of course—he’s smarter than that—but if you write him as a dog you’ll never go wrong. 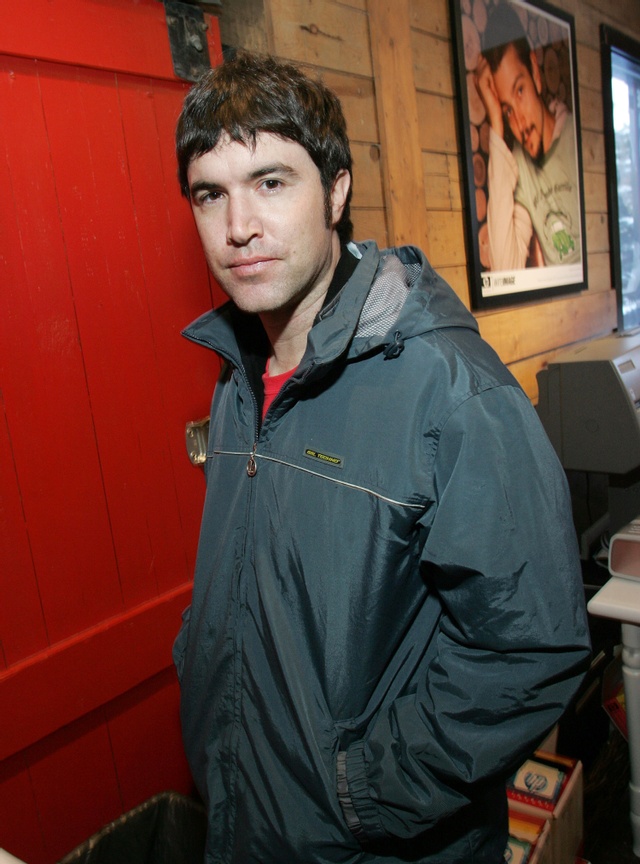 In 2003, a former hacker from San Diego, Tom Anderson, created MySpace. Two years later, News Corp. bought the site for $580 million. Six years after that, MySpace, outpaced by Twitter and Facebook, was valued at $35 million. The purchase, Robert Murdoch noted, had been "a huge mistake."

While Anderson's exquisitely timed sale may have brought him fantastic riches, it was a pittance compared to the fortunes amassed by his erstwhile competitors, Jack Dorsey and Mark Zuckerberg. Still, the Verge wrote, it seems clear now who is living the better life.

Dorsey and Zuckerberg have been cast as villains in the fraying of American society, viewed with suspicion by people across the political spectrum. Anderson faded from public view. He barely interacts with social media, except to post photos of the beautiful places he visits around the world. In March, as Dorsey and Zuckerberg were being accused of destroying democracy during a congressional hearing, the Verge imagined Anderson sipping his third mai tai on some far-flung island. "Myspace Tom," it wrote, "got it right."

… Thadeus Greenson, the news editor of North Coast Journal, a weekly publication based in Humboldt County.

A: Prairie Creek Redwoods State Park. Part of the Redwood National and State Parks, Prairie Creek is home to towering old-growth redwoods, meadows filled with Roosevelt elk, and Fern Canyon, where one can walk in a creek bed and look up at 50-foot walls covered with diverse species of fern. And for much of the year, the park closes Newton B. Drury Scenic Parkway to cars on the first Saturday of the month, turning it into one of the region's most beautiful bike paths. It's truly a magical place.

I just recently finished reading Kate DiCamillo's "The Miraculous Journey of Edward Tulane" with my 9-year-old daughter and it's the best thing I've read in recent memory — a moving story of love and loss and personal growth. It warrants a read no matter your age.

I'm going to cheat and share two. The first is the peanut-butter-filled donut at Cherry Blossom Bakery in Eureka. Covered in chocolate and filled with real peanut butter, it will forever change your concept of what a donut can and should be. Second, I'd never had them before moving here but at festivals and events here local tribal organizations will open Indian taco stands, which serve Native fry bread with various toppings. They are divine.

I would invite LeBron James, a transcendent athlete on my favorite team who has used his fame and wealth to become a transformational figure beyond sports; Maya Angelou, one of the most beautiful poets and authors I've ever read, a devoted activist and an influential voice in my life; and Alice Waters, the brilliant chef who pioneered the edible schoolyard program. I'd open a bottle of California wine and ask how each turned their passions into weapons of activism to change their communities. Then we'd (hopefully) dive into conversations about cooking, writing and basketball.

What's an issue or topic in Humboldt that you feel needs more attention from state officials, or that readers from other parts of California should be aware of?

Humboldt County has exceedingly high rates of childhood trauma, which has now been linked with everything from poor health outcomes to higher incarceration and substance use rates and helps explain some of the North Coast's most entrenched societal problems. Some impressive local intervention programs have launched to break this cycle but they all need funding to reach the scale that's truly needed. One of our reporters, Iridian Casarez, wrote an in-depth piece about this last year but the issue warrants a lot more exploration and intervention funding.