California recorded its 50,000th coronavirus death on Wednesday. The staggering milestone is equivalent to the total deaths from every major earthquake in state history — including San Francisco in 1906, Loma Prieta in 1989, and Northridge in 1994 — multiplied 14 times. Half of those deaths have come in just the last two months. Mercury News | A.P. 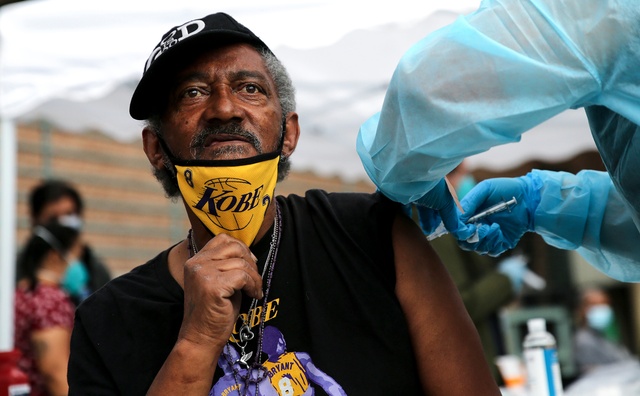 Andrew White III received a vaccine outside the Los Angeles Mission on Feb. 10.

Yet California's pace of improvement has been blisteringly fast, outperforming the nation as a whole. As of Tuesday, the statewide daily average of infections was about 5,800, the lowest since early November and about 87% below its peak last month. Nationwide, the daily case average is down roughly 74% from its January peak. Mercury News 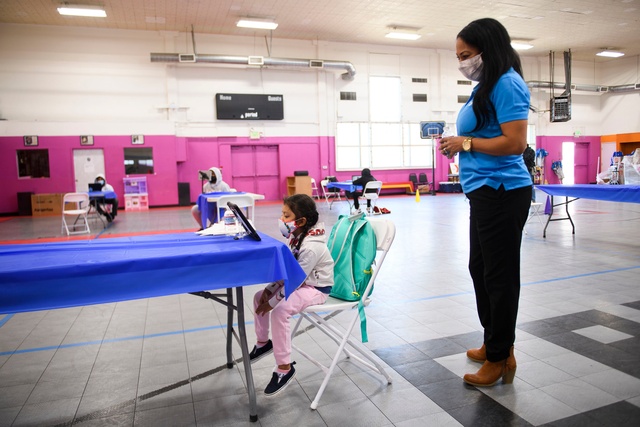 A staff member helped a child attending an online class at the Crenshaw Family YMCA on Feb. 17.

According to EdSource, school districts in counties home to 99.9% of California students have now met the state's threshold for reopening. CalMatters analyzed where things stood as of Tuesday; it's a haphazard picture:

The N.Y. Times' Nicholas Kristof: "The blunt fact is that it is Democrats — including those who run the West Coast, from California through Oregon to Washington State — who have presided over one of the worst blows to the education of disadvantaged Americans in history. The result: more dropouts, less literacy and numeracy, widening race gaps, and long-term harm to some of our most marginalized youth." 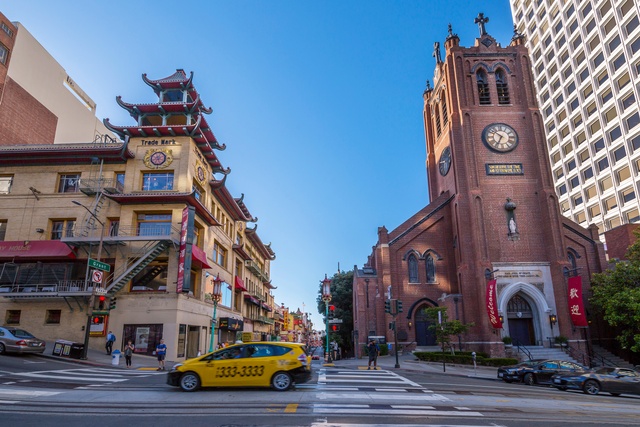 Old St. Mary’s Church, near Chinatown, has been pummeled by the pandemic. 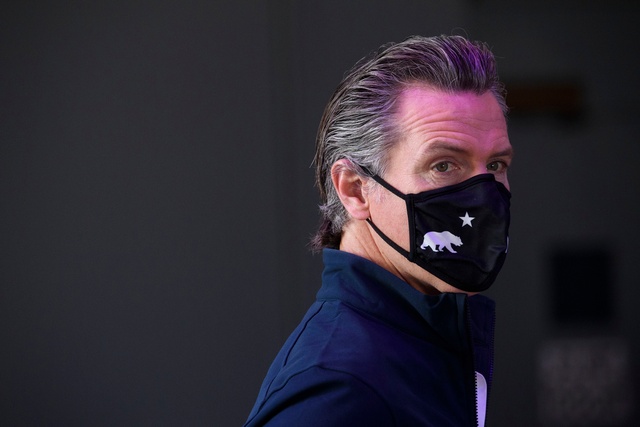 The N.Y. Times gave the movement to recall Gov. Gavin Newsom its front-page treatment. Back in April, Newsom had a 70% approval rating. It's now roughly 46%. A Democratic consultant blamed biblically bad luck: "Look," he said, "Newsom came into office dealing with wildfires and spent the past year trying to handle a pandemic — he’s basically trying to govern in the Book of Revelation. I think voters will see that.” 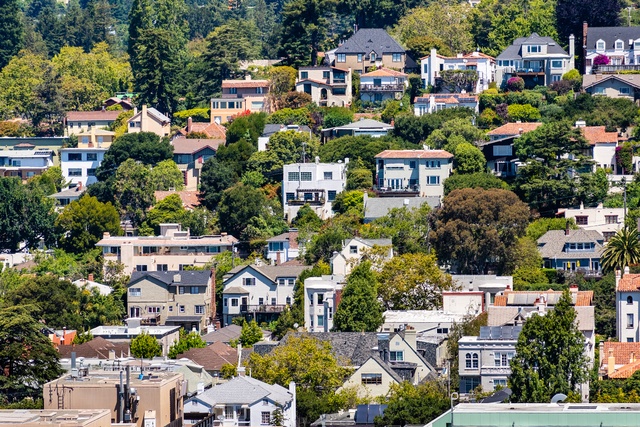 In 1916, Berkeley became the birthplace of single-family residential zoning when a neighborhood barred the construction of any more than one house per lot. More than a century later, the City Council approved a resolution Wednesday aimed at opening up neighborhoods to more density, denouncing single-family zoning as racist. Some residents say the change would ruin their neighborhoods. Berkeleyside | East Bay Times

Citing a "chasm of mistrust" between racial minorities and law enforcement, Berkeley also moved to bar officers from conducting traffic stops for small offenses such as broken taillights. Instead they'll be directed to focus on violations that could cause injury or death. Berkeley's police union said the changes would jeopardize public safety by "eroding officers' discretion to fairly and professionally solve problems on the street.” The Appeal | Berkeleyside

A coyote has been terrorizing people in the Bay Area town of Moraga. Since July, it has bitten five people, including two toddlers. The most recent attack was last Friday, when a man was bitten near a Quik Stop. The search for the menacing animal has since intensified, involving the police department, state wildlife officials, and traps set around town. People have taken to carrying noisemakers and holding children close. S.F. Chronicle | L.A. Times 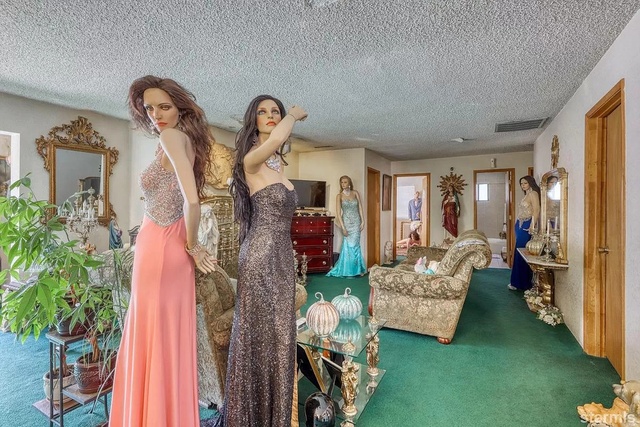 People have been a little weirded out by the mannequins at a home in South Lake Tahoe.

A seemingly normal home listing in South Lake Tahoe takes a strange turn as you click through the photos. Throughout the home are at least a dozen creepy mannequins, assembled in gowns as if they're having a cocktail party. The listing on Zillow, a duplex asking for $650,000, went viral on social media. It wasn't clear whether mannequins are included, though the ad says: “Property to be sold as is." Laughing Squid | SFGate.com 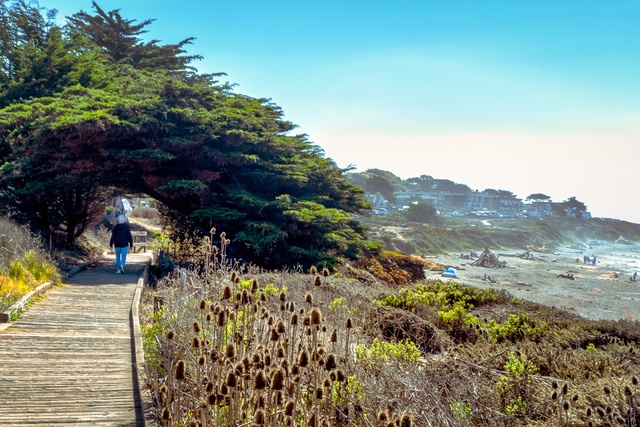 Named for its milky gemstones, the 1-mile walkway along Highway 1 is famous for breathtaking views. Pause at benches along the path and you can watch the antics of sea otters, brown pelicans, and, in the distance, migrating gray whales. Visitors at nearby lodgings have been known to declare they wish they could stay forever. A TripAdvisor analysis of user reviews ranked Moonstone Beach as the best beach in California. 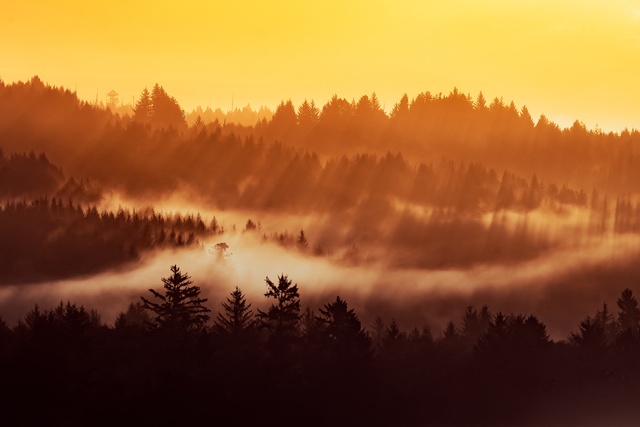 The ability to move water upward against gravity is a limiting factor in tree growth, which once made the spectacular heights of coast redwoods a mystery. Then scientists discovered that the trees are equipped with dual intakes: top and bottom. In dry summer months, the redwoods suck vast amounts of water out of the fog with their leaves. But they don't keep all the water for themselves — they also act as a sort of sprinkler system for the forest floor, culling water from the air and dripping it into the soil of nearby plants. Bay Nature

Given fog's essential role in coastal ecosystems, scientists have been alarmed by research showing that fog draped along the Redwood Coast has decreased by a full third in the last century. Climate change is suspected. National Geographic | YaleEnvironment360