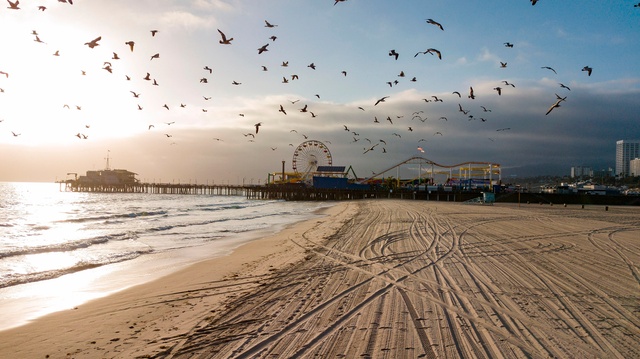 Expect this April to look very different than last year's, the A.P. reports: "Next month, nearly the entire state could see a return of inside restaurant dining, the reopening of movie theaters and other indoor businesses, far more children back in classrooms and competing in sports — maybe even fans in the stands for Opening Day of Major League Baseball."

On their 54th anniversary Gordon Norman asked his wife, Diane, over FaceTime if she remembered.

"Yes," he told her. "Do you remember you had all that rice in your hair and you had a bun on and we shook rice out of your hair for days?"

"Do you remember the beautiful dress you had when you got married and how handsome I was?"

The L.A. Times told the love story of a man separated for a year from his wife by both the coronavirus and Alzheimer’s disease. 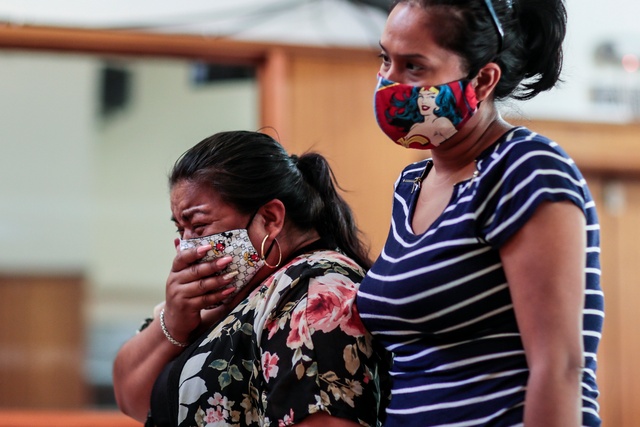 The N.Y. Times spent six weeks at the heart of tragedy for California's pandemic, an East Los Angeles funeral home that has been overwhelmed by a tide of bodies. “I live a nightmare every day,” said Magda Maldonado, the owner. “It’s a crisis, a deep crisis. When somebody calls me, I beg them for patience. ‘Please be patient,’ I say, ‘that’s all I’m asking you.’ Because nothing is normal these days.”

A group that sued California announced a settlement Thursday allowing indoor youth sports to resume across the state. Counties must first reach a new case rate of 14 or lower per 100,000 people, which most already have. California as a whole is averaging 10.2 cases per 100,000 people. It's now up to each school and district whether to go ahead with sports like basketball, wrestling, and volleyball. A.P. | Sacramento Bee 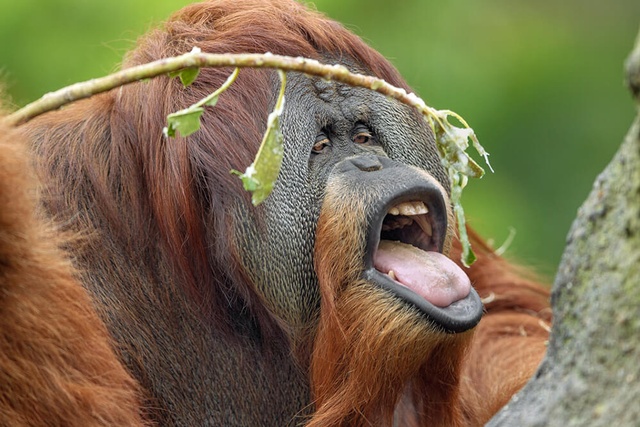 The San Diego Zoo's orangutans were considered at risk for Covid-19.

Four orangutans and five bonobos at the San Diego Zoo have become the first non-human primates to get a Covid-19 vaccine. The immunizations, using a vaccine developed for animals, followed a January outbreak of the coronavirus among the zoo's gorilla troop. “That made us realize that our other apes were at risk,” a zoo official said. “We wanted to do our best to protect them from this virus because we don’t really know how it’s going to impact them.” National Geographic | S.D. Union-Tribune

Despite anecdotal reports of a stampede out of California, new research found “no evidence of a pronounced exodus" in 2020. Many people, however, left San Francisco. In the last nine months of 2020, the city had 38,800 net exits, a giant leap over the same period in 2019. About two-thirds of those who left stayed within the Bay Area; 80% stayed in California. “To date the pandemic has not so much propelled people out of California as it has shifted them around within it,” the study by the California Policy Lab said. CalMatters | Mercury News 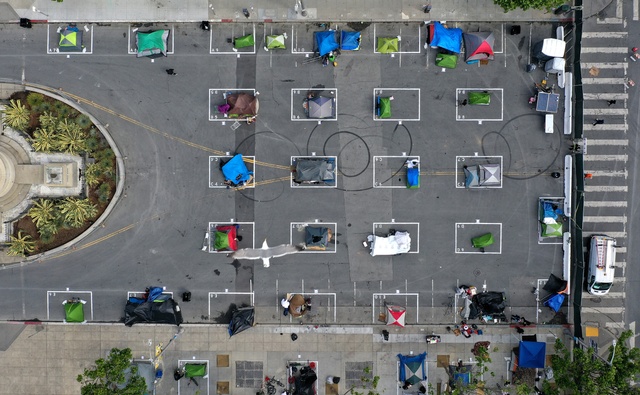 San Francisco has been paying $61,000 per tent per year at homeless encampments set up around the city at the start of the pandemic. That figure is more than double the median rent for a one-bedroom apartment in San Francisco. Several city leaders acknowledged that the costs were extreme. “It’s eye-popping, and we need to understand why that is,” said Supervisor Rafael Mandelman. S.F. Chronicle | SFist

The former head of San Francisco Public Works, Mohammed Nuru, was arrested last year and accused of sprawling corruption. Among his rackets, prosecutors say, was taking bribes from the city's waste management company, Recology, in exchange for letting them overcharge customers. Now Recology is being forced to reimburse everyone who was ripped off. San Franciscans will recoup nearly $100 million, or about $190 per household. S.F. Examiner | KQED

“These are decisions you make, where you ask yourself, ‘Do I die over there? Or do I die fighting for a dream?’”

In February, Yesenia Magali Melendrez Cardona, 23, fled Guatemala for a new life. Her town was blighted by joblessness. It was dangerous to walk at night. On Tuesday, Cardona and her mother were in the SUV that crossed U.S.-Mexico border only to be broadsided by a semi. Her mother regained consciousness with Cardona sprawled across her legs. She was gone. L.A. Times 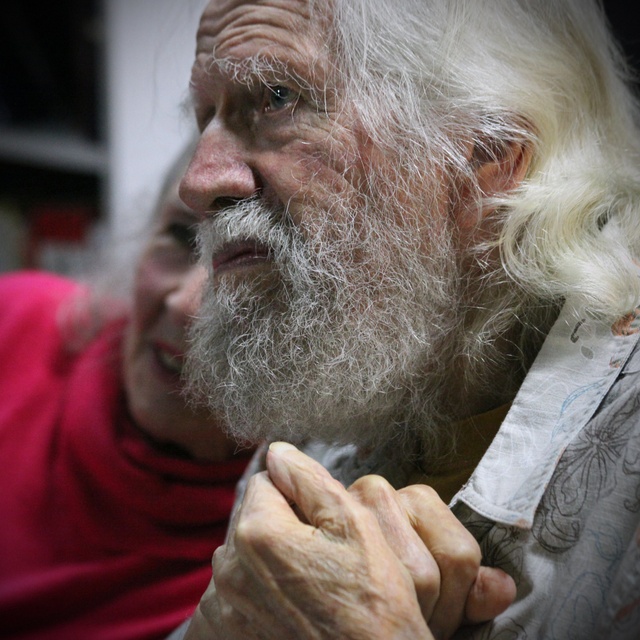 “I am afraid to turn around and face the mountains, for fear they will overpower me. But I did look, and I am astounded.”

Alexander Shulgin, a Berkeley chemist who synthesized MDMA in 1976, saw the promise of his work disregarded and demonized for decades. Only now, after Shulgin's death, is MDMA being fast-tracked for scientific study into its therapeutic value. Here's a fascinating profile of the psychedelic wizard so ahead of his time that "he's still cutting edge in 2021." 👉 MEL magazine

On this week's California Sun Podcast, host Jeff Schechtman interviews Tess Taylor, a celebrated poet and author of the new volume "Rift Zone." She talks about California's geology as a metaphor for the fractiousness of America. "I was thinking of California as an epicenter of our precariousness," she said, "of a place where people are already living on the verge and on the brink." 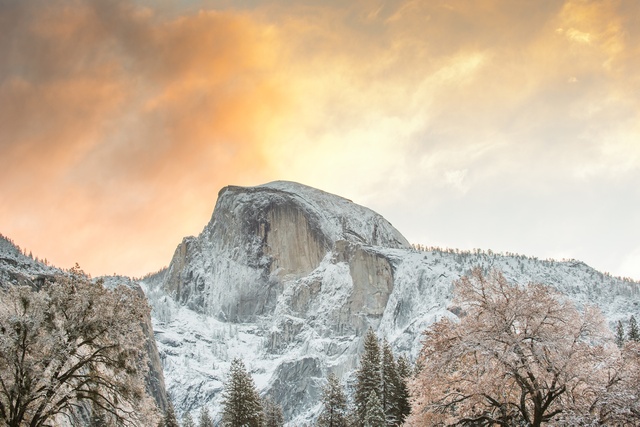 An earlier version of this newsletter mischaracterized Alexander Shulgin's role in pioneering MDMA. He is credited with introducing the drug to psychotherapists in the 1970s, but he was not the first to synthesize it.