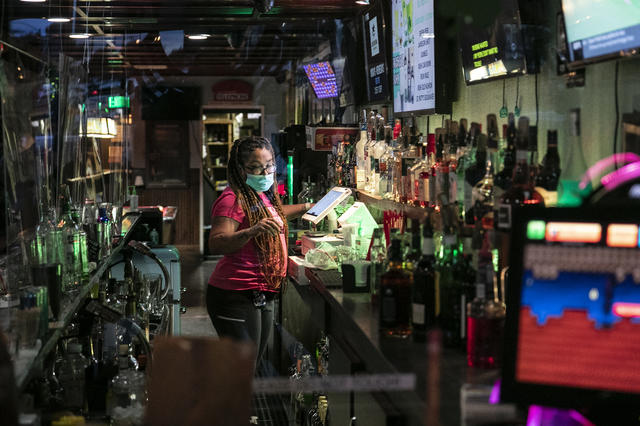 Officials rattled off some disconcerting figures on Monday:

California may have acted early and aggressively to combat the coronavirus, but a relentless surge of new infections has officials asking what went wrong. Gov. Gavin Newsom threatened to reverse the state's reopening if things don't improve. “We are considering a number of other things to advance, and we will be making those public as conditions change,” he said. “This is a dynamic process, not a static one.” N.Y. Times | L.A. Times | S.F. Chronicle

Health experts are increasingly pointing to bars as coronavirus epicenters. A reporter visited Petaluma, where drinking establishments are open and hopping. She found hugging, hand-shaking, and a cavalier attitude about the risk of infection. “Honestly, it doesn’t really matter what you do,” one man said. (He's wrong). S.F. Chronicle

On Sunday, the state recommended that eight counties close their bars. Most did. But not Fresno and Stanislaus counties. “I believe all businesses are essential,” a Fresno County supervisor said. KPGE | Modesto Bee

Los Angeles County said it would close all beaches for the July Fourth weekend. The county added 2,903 new infections on Monday, its largest single-day number yet, to push past 100,000 total cases. With hospitalizations poised to increase, officials said there's a real chance the county could run out of hospital beds within three weeks. “Covid-19 is taking control and we need to take control back,” Los Angeles Mayor Eric Garcetti said. L.A. Daily News | L.A. Times 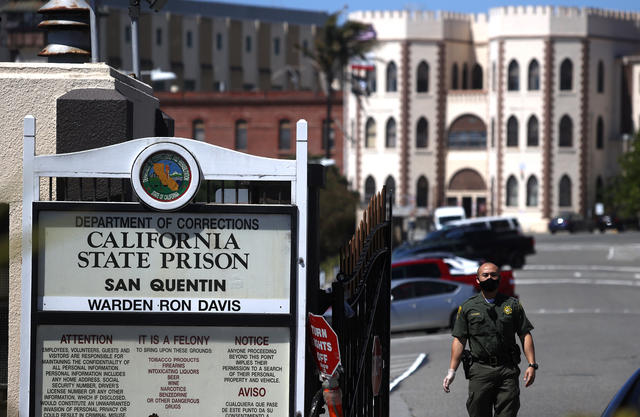 Covid-19 cases at San Quentin prison have surged to more than 1,000. 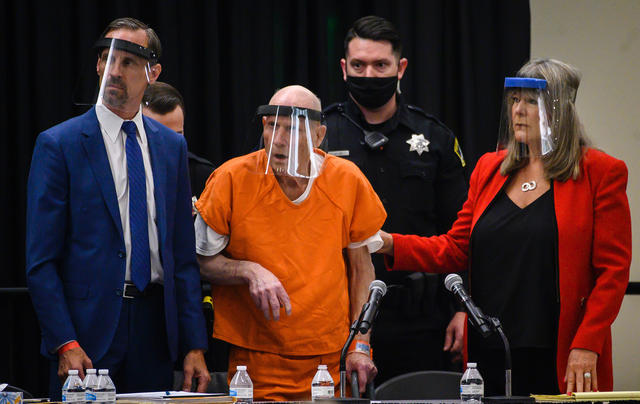 Joseph James DeAngelo appeared in a makeshift courtroom in Sacramento on Monday.

Joseph James DeAngelo Jr. pleaded guilty to 26 charges of murder and kidnapping on Monday. He was the Golden State Killer. DeAngelo's sadistic rampage lasted from 1973 to 1986 and included attacks on 106 men, women, and children. At 74, frail and stooped, he sat passively as his crimes were recounted in a Sacramento courtroom. A prosecutor recalled DeAngelo's words shortly after his 2018 arrest. “I did all those things," he muttered. "I’ve destroyed all their lives.” Sacramento Bee | Capitol Public Radio

A wind-driven brushfire that ignited Sunday night tore through the desert town of Niland near the Salton Sea, destroying about 40 homes and leaving one person dead. The tragedy was a devastating blow for Niland, an agricultural community of roughly 1,000 people, most of whom live below the poverty line. Desert Sun | LAist 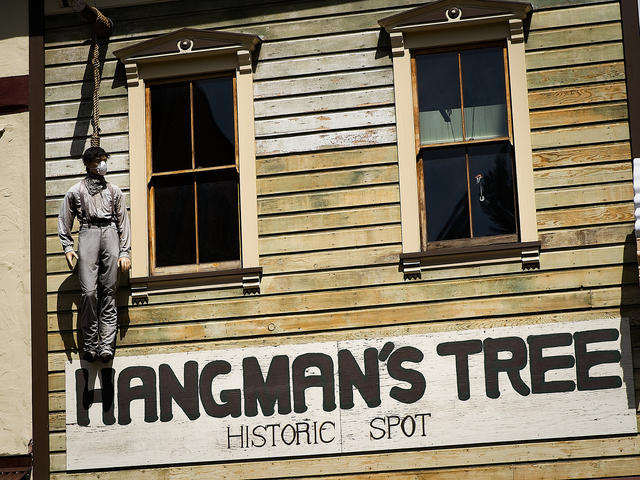 A face mask was added to the Placerville dummy in the spring.

Gold Rush vigilantes lynched so many people in the Sierra Nevada town of Placerville that they nicknamed it Hangtown. At some point a lifelike dummy was dangled from a noose along Main Street. The effigy was temporarily placed indoors after protests erupted over the killing of George Floyd. But now it's back, and a movement is mounting to retire the Hangtown nickname and hanging imagery on the grounds that they evoke racial violence. Sacramento Bee

The mayors of Compton, Los Angeles, and Oakland joined a national coalition of mayors advocating for universal basic income. A pilot program has been running in Stockton since last year that gives $500 a month to 125 residents. Stockton's mayor told Forbes that each of the new cities would launch their own pilots with separate funding streams. Forbes 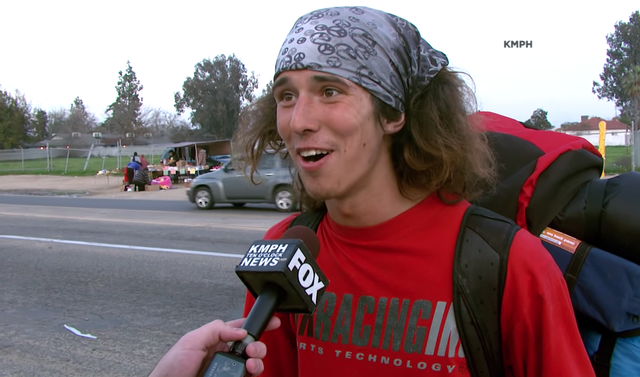 "It was late in the morning on Feb. 1, 2013, when Caleb Lawrence McGillivary met Jesus Christ on a highway outside Bakersfield."

The man known as "Kai the hatchet-wielding hitchhiker" became a viral star after he delivered a strange and delightful interview from the scene of a car crash for Fresno's KMPH-TV. Three months later, he was arrested and charged with murder. Here's the tragic story of McGillivary's fall, titled "Hitchhiker, hero, celebrity, killer." Globe and Mail

Blue whales, the largest animals on earth, feed along the California coast in the spring and summer as they migrate from the waters off Mexico to the Arctic. This month, biologists recorded an unusually large number around the Farallon Islands, a development they attributed to abundant krill. Here's a magical moment captured recently by a whale-watching group off the coast of San Diego. Domenic Biagini/Instagram 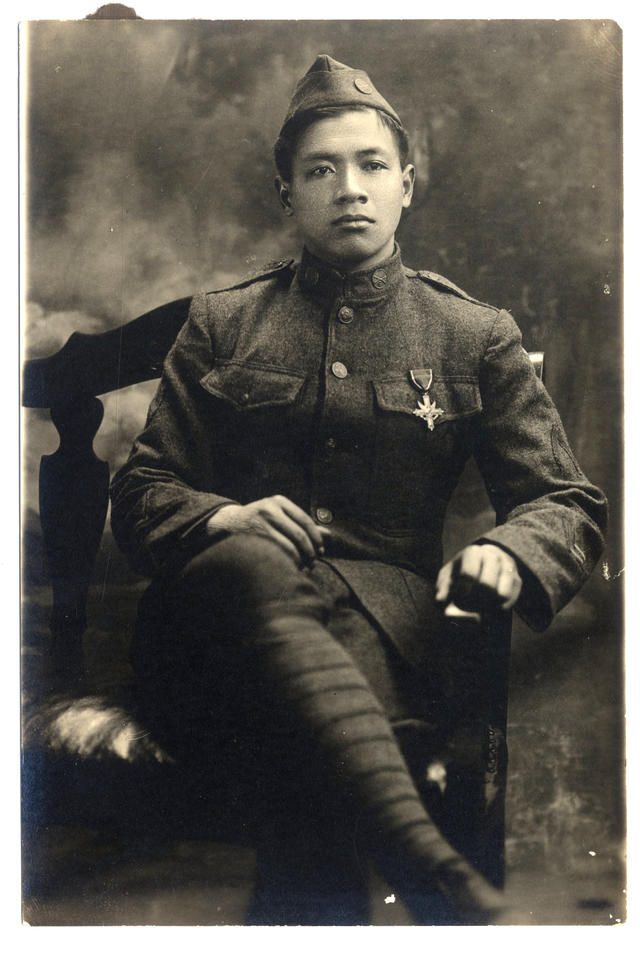 Born in Saratoga, Kee was living in San Francisco's Chinatown when he enlisted in the Army in 1917 during World War I. As a runner, he single-handedly maintained communications between units and command posts during a German offensive in northern France, dodging machine-gun fire and gas attacks. Back in the U.S., he was greeted with admiration, curiosity, and racism. He ended up in prison after helping to subvert discriminatory immigration laws as an immigration broker. The N.Y. Times wrote a belated obituary for Kee last year, charting his path from war hero to prisoner, as part of its "Overlooked No More" series. N.Y. Times 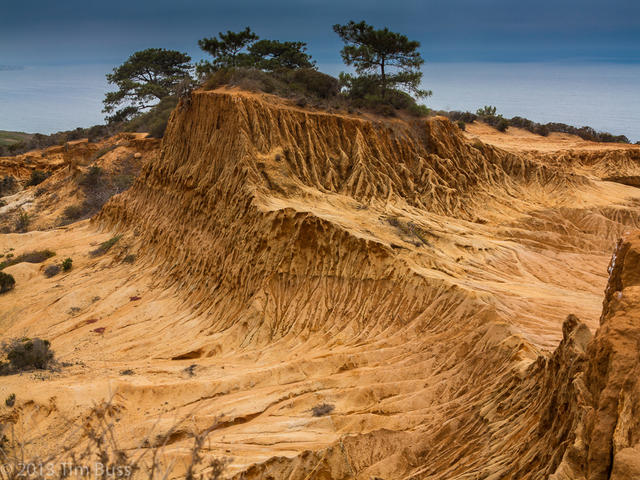 The bluffs at Torrey Pines were carved by wind and water over nearly a million years.

This coastal state park in La Jolla has several trails along wrinkled sandstone bluffs and down to the ocean. The iconic Torrey pines, the gnarled trees for which the reserve is named, is a key feature of the area. 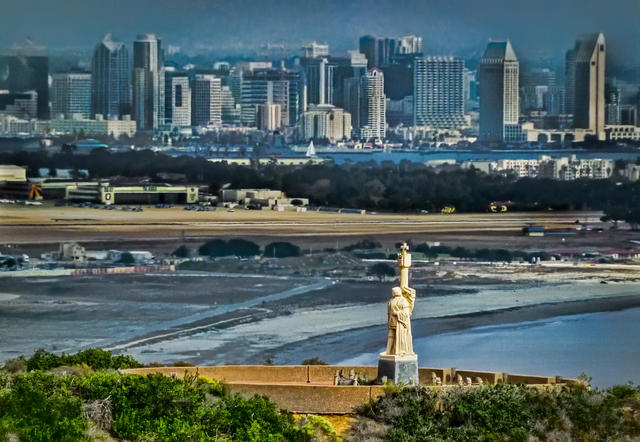 A statue of Juan Cabrillo rises against the backdrop of Naval Station North Island and San Diego.

Located at the southern tip of Point Loma Peninsula, this park has great views of San Diego Bay, Naval Station North Island, and Coronado Island. Other attractions include tide pools, a monument commemorating the landing of Juan Cabrillo, and the historic Old Point Loma Lighthouse. 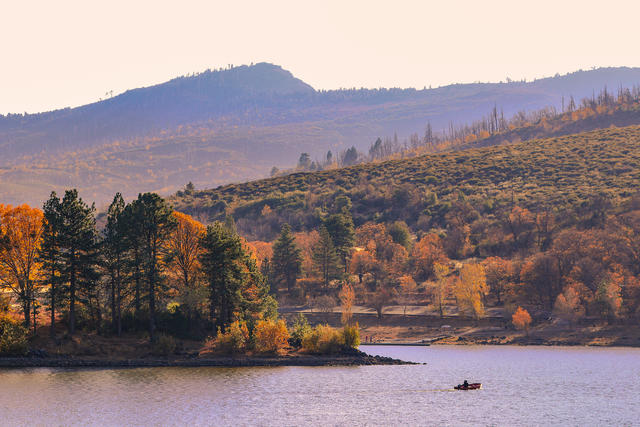 This park in the mountains just east of San Diego offers seemingly endless views of the desert toward the east and the ocean toward the west. There are trails down to the desert and around lakes, mountaintops to climb, waterfalls and streams, meadows, and a variety of habitats and vegetation. 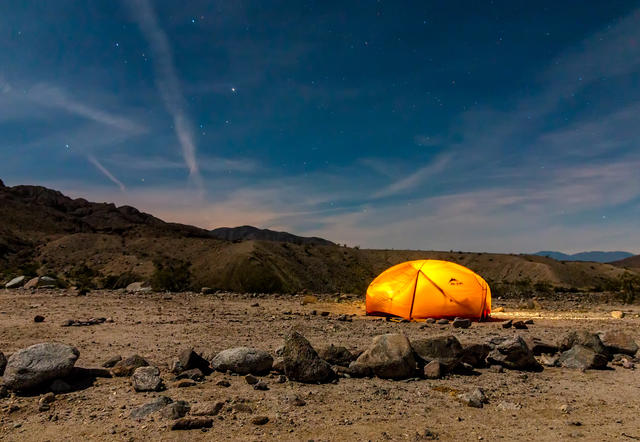 Anza-Borrego Desert State Park is famous for its dreamy nights.

Designated as an International Dark Sky Park, Anza-Borrego offers clear views of nighttime stars, trails to palm oases, badland vista hikes, slot canyons, and hikes up to mountaintops with tremendous views of the surrounding desert. The best time to visit is mid-October to April because of extreme temperatures. 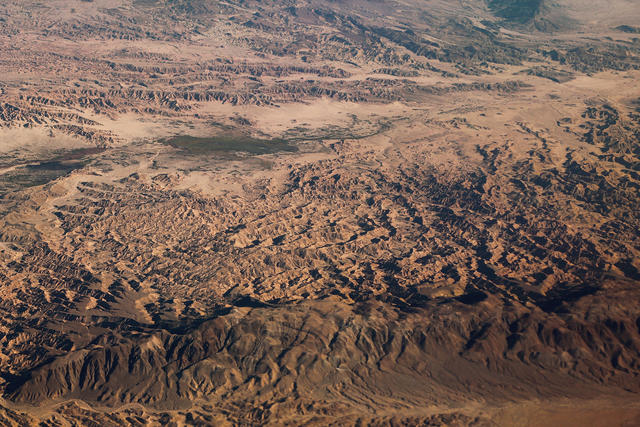 Located within Bureau of Land Management territory near Ocotillo, this area has hikes to wind caves, the Painted Gorge, and the top of Coyote Mountain, with views overlooking the most difficult desert passage along the historic Southern Overland Trail. Again, avoid visiting in summer, when the heat is intense.

Diana Lindsay is the author of Anza-Borrego Desert Region and editor of Coast to Cactus: The Canyoneer Trail Guide to San Diego Outdoors.

Monday's newsletter mischaracterized the 1907 dedication of a white cross atop Mount Rubidoux just west of downtown Riverside. It was dedicated in honor of Junipero Serra, not by Junipero Serra.