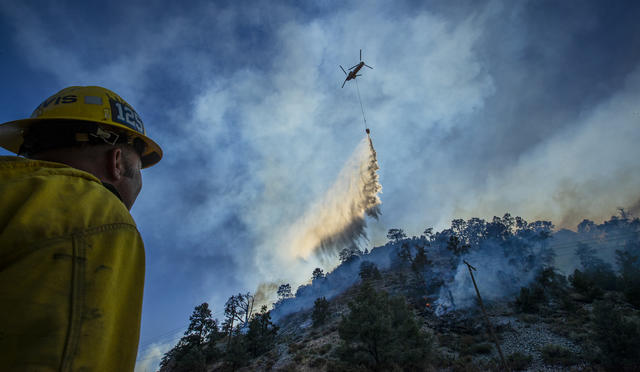 A helicopter dropped water on the Bobcat fire on Sunday.

The Bobcat fire has grown into one of largest ever in Los Angeles County, sprawling across more than 165 square miles of the Angeles National Forest. On Monday, fire officials said it was making "a hard push" at Mount Wilson, again threatening the historic observatory. "Just when I thought the danger was over — it wasn't," the observatory's director said. L.A. Times | NBC News

A climate scientist warned of another heat wave by early October. The weather system, he said, should bring "extreme wildfire burning conditions once again." @Weather_West

Yet California remains one of the most calamitous places on earth."

March through July was California's deadliest five-month period in 20 years. A new analysis suggested that the official coronavirus death count during that period may have missed roughly 5,000 deaths, a toll concentrated primarily among Latinos.

Another statistic from the analysis: There were actually 383 fewer deaths among white Californians than would be expected in the absence of Covid-19. California Healthline 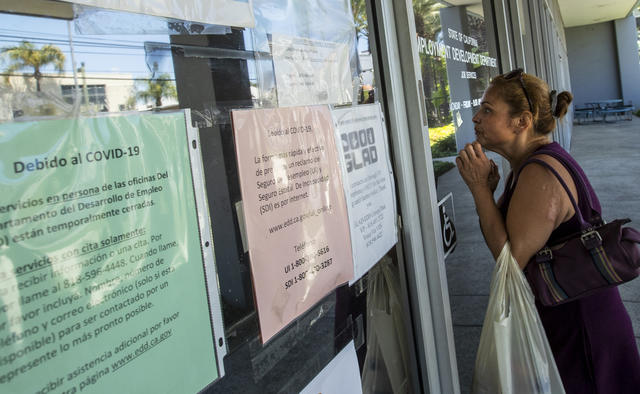 Brenda Bermudez sought information about her jobless claim at a government office in Canoga Park.

California's backlog of unemployment claims has been growing by a staggering 10,000 a day. Over the weekend, Gov. Gavin Newsom ordered a “two-week reset” of the claims system, which relies on 30-year-old technology. The fix, he said, should result in claims being processed substantially faster. More than 2 million Californians are out of work. L.A. Times | Sacramento Bee

Hundreds of people gathered outside Fresno's City Hall on Monday to demand the reopening of the region's economy. Among the speakers was the owner of the salon where Nancy Pelosi got her hair done last month. Fresno business owners have vowed to reopen on Oct. 1 with or without permission. “We’re not asking," an organizer said. "We’re telling you we’re opening safely on Oct. 1.” Fresno Bee | KSEE 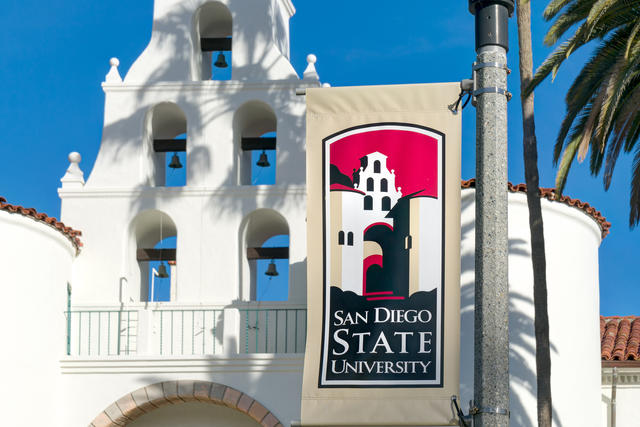 There have been coronavirus outbreaks at colleges across the U.S., but none may be more destabilizing than the one at San Diego State. More than 880 students have tested positive at the campus, and the surrounding county is in danger of having to re-close businesses. County supervisors, declaring that unfair, have threatened to sue. A.P. | S.D. Union-Tribune

California announced new anti-racism lessons for school districts, days after President Trump criticized the notion of teaching slavery as a founding tenet of the United States. Tony Thurmond, the superintendent of instruction, said he was heartbroken over examples of racism in America's public life. “Sometimes I’m not sure what to do," he said. "But in those moments, I’m reminded education continues to be one of our most powerful tools to countering hate.” Politico

Home burglaries are skyrocketing in San Francisco. This year, residents have reported an average of 21 burglaries a day, a 42% increase over the same period last year. Many have been so-called hot prowl burglaries, meaning the residents are home during the invasion. “The problem is real, and it is completely unacceptable,” one supervisor said. S.F. Chronicle | CBS SF 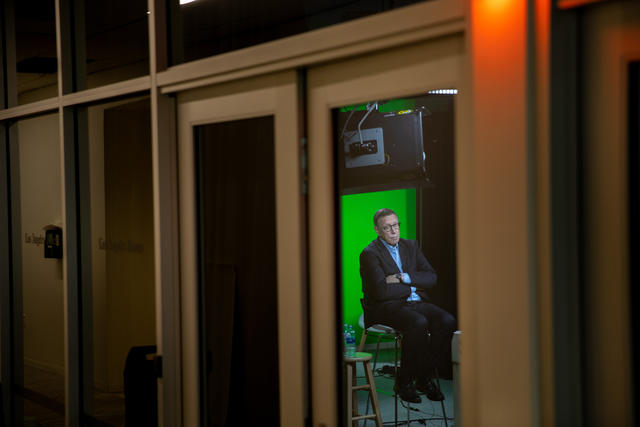 Since 2019, six prominent L.A. Times editors have been punished or pushed out over ethical lapses, bullying behavior, or other failures of management. One columnist resigned after being accused of plagiarism. The newspaper assigned two reporters to investigate the controversies in an effort to be transparent with its readers. L.A. Times

One skeptic warned that the story sounded like a “fabricated Reddit meme.” Another said it fit too neatly into a narrative of “wacky campus leftists repressing free speech.” But it was true. A USC dean removed a longtime professor because a Mandarin word he used correctly in a lesson sounded sort of like a racial slur. The decision has triggered an avalanche of criticism. The Atlantic 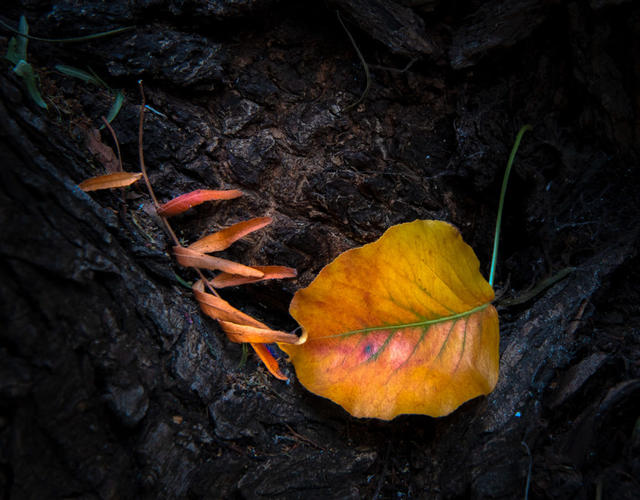 A fallen leaf from a flowering pear tree in Davis last week.

Cottonwoods showing off in Quincy. Pumpkin-colored leaves in the Sacramento Valley. A single Aspen in full yellow near Lake Tahoe.

Today is the autumnal equinox and, according to leaf spotters across California, the season's first colors are beginning to emerge. Check out the latest reports at CaliforniaFallColor.com. 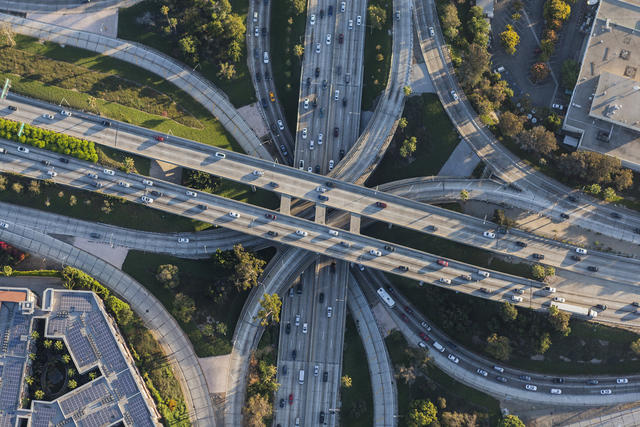 The Stack in Los Angeles.

If Los Angeles freeways are arteries, the Stack functions like a pumping heart. The world’s first stack interchange — a meeting of freeways akin to a boating knot — became fully operational on this day in 1953.

The Stack, as it became known, diverged from the cloverleaf design common at the time. Faced with the challenge of interweaving the 101 and 110 Freeways in a densely developed patch of Los Angeles, engineers built up, sandwiching layer upon layer.

Many people derided it as a monstrosity.

But as an engineering feat — 32 lanes flowing simultaneously in eight directions — it's been widely regarded as a marvel, even beautiful. The L.A. Times once declared it “the most photogenic pile of cement in town."

In the years since its debut, the stack interchange design has been replicated in cities around the world, with some adding even more layers. Five-level interchanges became so common in Texas — where everything is bigger — they were dubbed Texas-style stacks. Shanghai has one with six. 👇 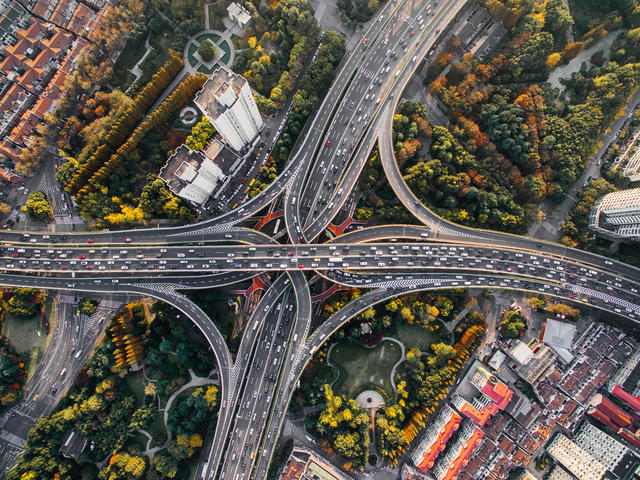