Good morning. It's Tuesday, May 5.

Stage 2 starts as soon as Friday.

Sounding optimistic about efforts to slow the coronavirus, Gov. Gavin Newsom announced the next stage of reopening, with bookstores, florists, sporting goods retailers, and other businesses allowed to welcome customers. He said the relaxed rules would vary across the state, as counties take more control over their path to normalcy. That likely means a reopening timeline that proceeds more gradually in urban centers than rural ones. L.A. Times | Sacramento Bee | A.P. 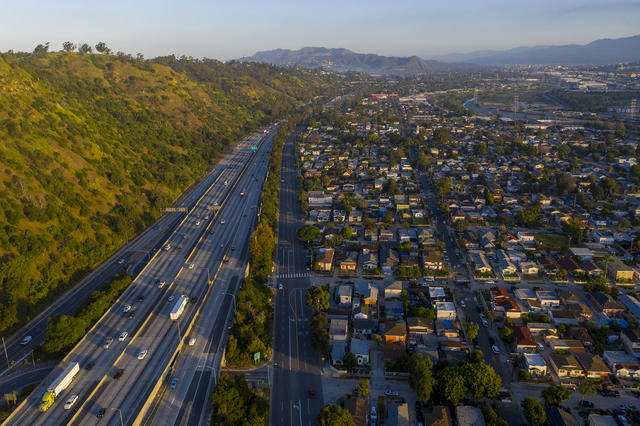 A view of the 5 freeway near Los Angeles's Atwater Village on Monday.

Los Angeles appeared to be aiming for a reopening schedule closer to May 15. Mayor Eric Garcetti said the city could easily succumb to a New York-style outbreak "in a matter of just a few weeks, if we do this wrong. So I would much rather take these steps carefully." L.A. Daily News | L.A. Times

The Bay Area's latest restrictions aren't scheduled to expire until May 31, but officials are hopeful they can be relaxed before then. "If there is a way to accomplish the public health goal of keeping people safe with also allowing businesses to operate ... I think that we can definitely work together to achieve that goal," San Francisco's mayor said. S.F. Chronicle | Mercury News

In the latest nursing home outbreak, 99 people tested positive at a facility in Vallejo. The number represents nearly a third of cases across the entire county. Vallejo Times-Herald | S.F. Chronicle

Here are the latest coronavirus totals, according to the S.F. Chronicle and N.Y. Times: 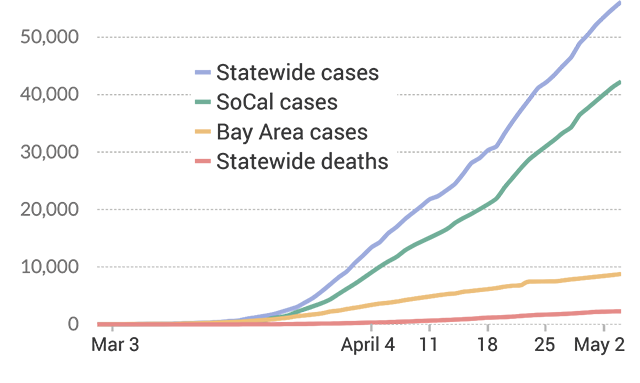 Many of the measures adopted to address the pandemic in California align with the priorities of the state's liberals: Cash bail eliminated for most crimes, tens of thousands of laptops sent to rural school kids, thousands of homeless people ushered into housing. "The pandemic has forced a lot of things that were being talked about to actually take place at a very rapid pace," said a former San Francisco district attorney. "The reset button was pushed, and I don't see us coming back." N.Y. Times 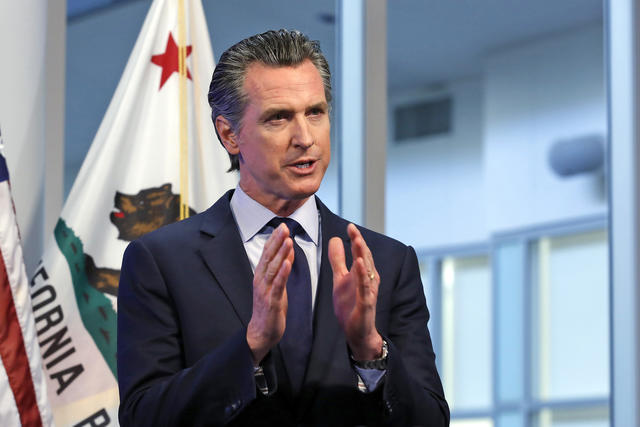 For weeks, Gov. Gavin Newsom's administration has refused to share details of a $990 million contract for protective masks from China on the grounds that disclosure could jeopardize delivery. Now millions of the masks have arrived, and they're still stonewalling. In response to a public records request, the administration said the contract does not have to be made public. L.A. Times

California hospitals have lost $14 billion as they cleared floors to make way for a flood of coronavirus patients that never came. Testifying to state lawmakers, a hospital official said the postponement of elective surgeries and other procedures was the right thing to do. "But as we begin to access the damage, the toll is enormous." A.P.

Another outcome: health workers have been laid off or furloughed by the thousands, creating an economic crisis atop the health care crisis. L.A. Times | S.F. Chronicle 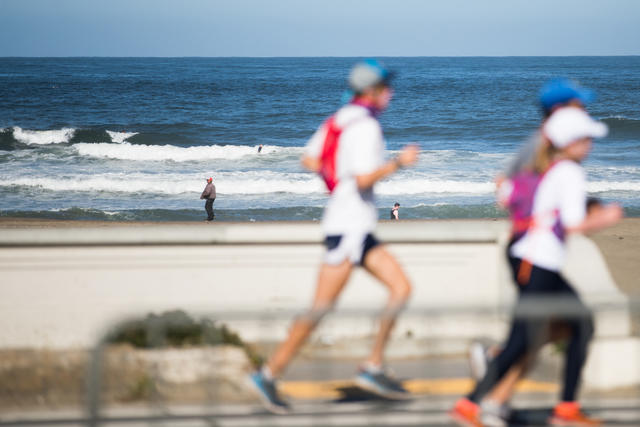 Joggers in San Francisco on Sunday. Coronavirus investigators will trace all contacts with infected people.

California is readying an army of coronavirus sleuths, teaming up with two universities to train 3,000 people per week as part of a massive campaign to test, trace, and isolate every person who may have been infected. The goal is to reassign 20,000 public employees as Covid-19 case investigators. "It's more complicated than you think," an epidemiologist said. CalMatters | A.P. 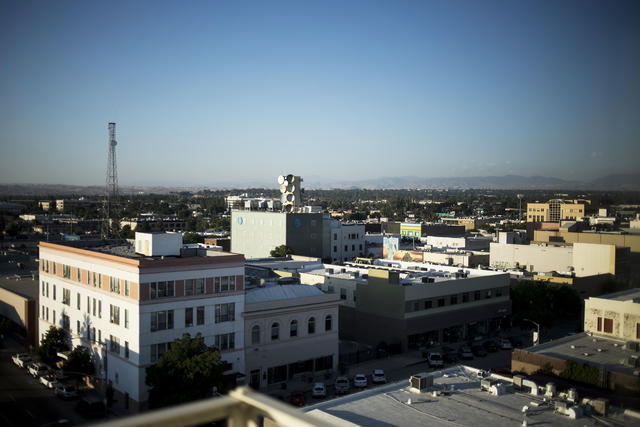 Jenna Schoenefeld for The Washington Post via Getty Images

The L.A. Times won two Pulitzer Prizes on Monday. Veteran art critic Christopher Knight clinched the criticism award for his watchdog coverage of plans for the new Los Angeles County Museum of Art, and reporter Molly O'Toole shared the prize in the audio category with journalists from "This American Life" and Vice for reporting on President Trump's "Remain in Mexico" policy. L.A. Times | LAist 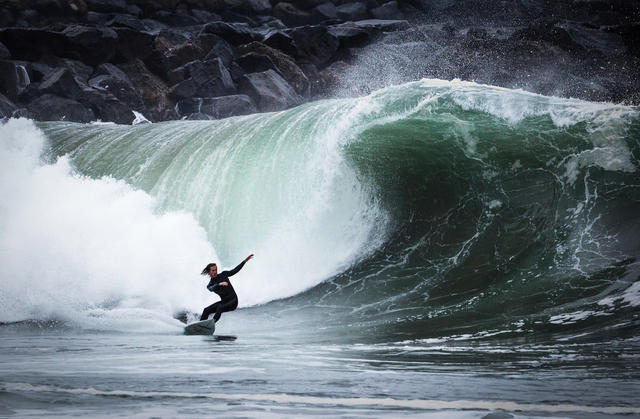 The Wedge is know for powerful and unpredictable waves.

At the Wedge in Newport Beach, a freakishly steep surf break can toss even experts like rag dolls. Watching surfers get thumped is something of a spectator sport. A surfing filmmaker assembled a highlight reel of the best wipeouts of 2020. Beefs TV/YouTube (11 mins) 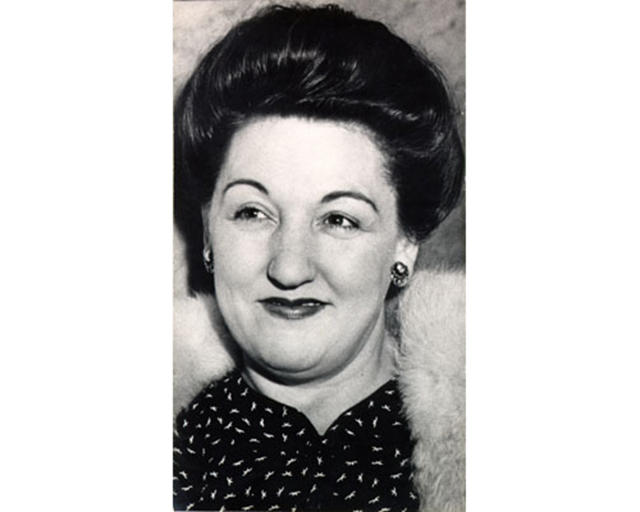 She was a bootlegger, a fake check scammer, a brothel madam — and a Bay Area mayor. Sally Stanford, born in rural Oregon on this day in 1903, was among California's more colorful figures.

Smart, stylish, and outspoken, she ran one of the world's best-known brothels in the 1940s, operating out of a mansion on San Francisco's Nob Hill. It catered to high-society customers including, according to Stanford, Errol Flynn, Frank Sinatra, and Humphrey Bogart. Foreign diplomats spent so much time at the bordello the columnist Herb Caen joked that the United Nations was founded there.

Arrested 17 times, Stanford was nevertheless allowed to operate under the passive gaze of powerful people terrified that her client book might be booked into evidence. Still, in time, the hounding of San Francisco district attorney and future governor Pat Brown proved too much.

Stanford fled across the bay to the Bohemian enclave of Sausalito, where she went legitimate with a restaurant called the Valhalla Inn. Settled into a sedate new life, her political ambitions grew. After six attempts, she was elected to the City Council in 1972 and later installed as mayor.

Draped in diamonds, she took office with a pledge to "see that everybody gets treated equally and nobody gets shoved around."

Throughout her life, Stanford defended her madam occupation as legitimate, even a social good. Her path, she reasoned, was ordained by circumstance every bit as much as that of the Archbishop of Canterbury. "Morality is just a word that describes the current fashion of conduct," she wrote.

Stanford retired from public office in 1980. Two years later she died of heart failure at 78 years old. The woman who was born into poverty and granted only a third grade education left behind an estate estimated at $20 million and a city that so adored her it officially named her "vice mayor for life." Sausalito's flags flew at half staff.