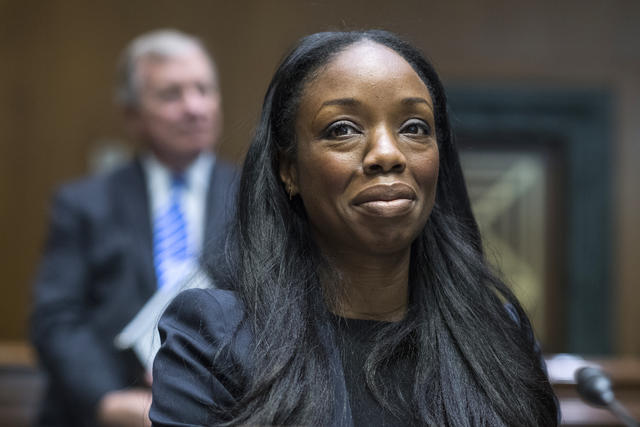 Dr. Nadine Burke Harris, who was appointed California's first surgeon general in January, is advancing an ambitious plan: Childhood trauma screenings for every student before they enter school. "Toxic stress" can manifest as a stomach ache or a lack of impulse control, she said. "Instead of suspending and expelling or saying, 'What's wrong with you?' we say, 'What happened to you?'" NBC News

A landmark measure regulating California's gig economy includes a limit on how many articles a freelance writer can submit to a publication per year. But writers commonly meet the cap — 35 — in less than a month. The Hollywood Reporter asked the bill's author how the figure was chosen. "Was it a little arbitrary?" she said. "Yeah." Apprehension over the new law has led a number of out-of-state employers to cut ties with California freelancers altogether. Hollywood Reporter

California invalidated the test scores of 1,400 aspiring pharmacists after it was learned that questions were leaked online. That's caused an uproar among those who say they didn't cheat yet they lost jobs, had to move in with parents, and can't pay their student loans because their licenses fell through. "We are fully aware of how destructive it's been for them," an official said, "but we're a consumer protection agency." S.F. Chronicle 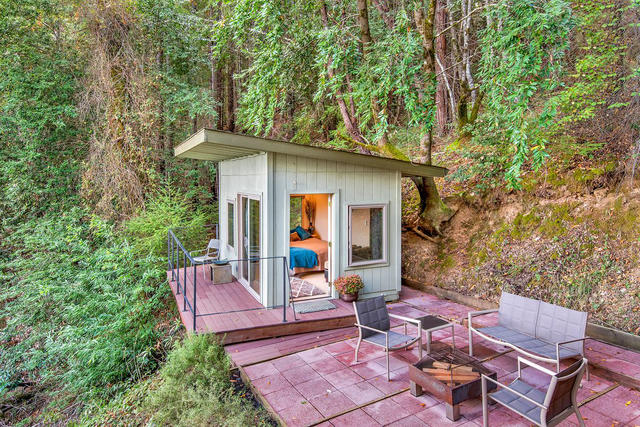 A cabin getaway is located near the Armstrong Redwoods State Natural Reserve.

On the market now: Homes quaint, scenic, and silly. 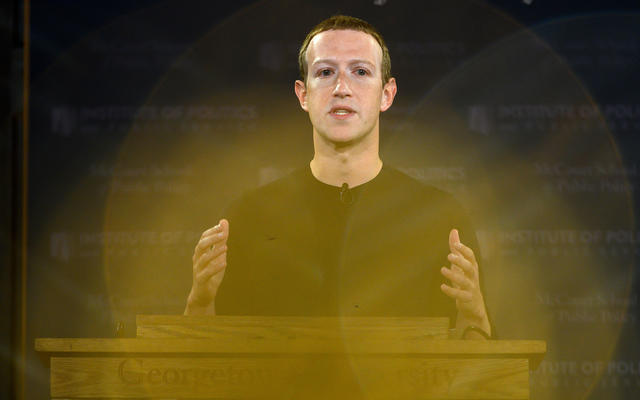 Mark Zuckerberg spoke at Georgetown University in Washington on Thursday.

In a speech at Georgetown University, Mark Zuckerberg delivered his most assertive rebuttal to date against accusations that Facebook has become an amplifier of disinformation and hate. Invoking Frederick Douglass and Dr. Martin Luther King Jr., the tech billionaire said it wasn't his company's job to be an arbiter of speech. "I know many people disagree, but, in general, I don't think it's right for a private company to censor politicians or the news in a democracy," he said. N.Y. Times | Politico

In 2017, a Stockton woman drove drunk while live-streaming and crashed, killing her little sister. Out on parole after serving two years in prison for the crime, Obdulia Sanchez, 20, was just arrested again. This time she fled after police attempted to pull over her vehicle, leading to a high-speed chase, officials said. Sanchez ended up in another wreck, then in police custody. Merced Sun-Star | A.P.

A Chinese developer has suspended construction on one of San Francisco's largest projects, a 605-foot hotel and condo tower that would alter the city's downtown skyline. The company cited construction costs, making the stoppage a glaring example of how soaring costs and fees are threatening the Bay Area's building boom. S.F. Chronicle 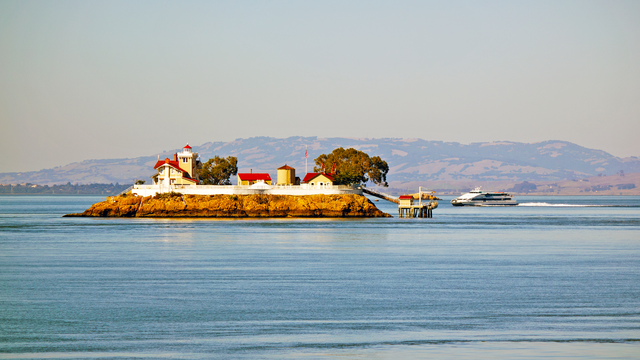 The lighthouse on East Brother Island was originally built in 1874.

One of the Bay Area's most unusual living situations is a historic bed-and-breakfast on a tiny island in the San Francisco Bay. When the East Brother Light Station was automated in 1969, conservationists rescued the keeper's house, turning it into lodging. Ever since, a lineage of resident innkeepers has looked after the place. In May, a new couple took over the job. The pay is $130,000 a year: No internet, no TV, no neighbors. "People ask us that all the time — do you get bored? Do you feel trapped? Does it feel really really small?" one of the departing innkeepers told NBC Bay Area. "Absolutely not, no." S.F. Chronicle | KGO 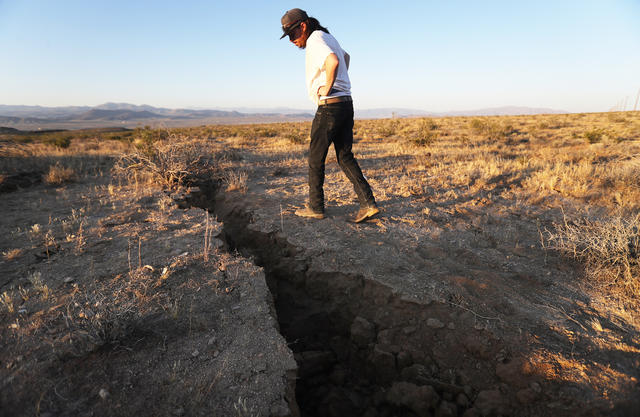 A man inspected a fissure in the earth after an earthquake struck in the Ridgecrest area on July 4.

A fault capable of producing a magnitude 8 earthquake began moving for the first time on record after earthquakes hammered the Southern California desert last July, according to a new study. Satellite radar images showed the Garlock fault causing the land to bulge. "This is surprising because we've never seen the Garlock fault do anything," a geophysicist said. "Here, all of a sudden, it changed its behavior. We don't know what it means." L.A. Times | A.P.

An Orange County sheriff's investigator appeared to pull a gun on a teenager during an off-duty confrontation at a skate park in San Clemente that was caught on video. The teenagers said the officer approached them over the volume of their music. "Orange County Sheriff's Department employees are expected to conduct themselves with professionalism on and off-duty," sheriff's officials said in a statement. "We take this incident seriously and will fully investigate." O.C. Register | CBS Los Angeles

All schools in the Coachella Valley Unified School District — more than 20 in all — were ordered closed on Friday thanks to pollution from a dump fire that's been burning for days. On Thursday, 25 students were sickened by the smoke emanating from the Sun Valley Recycling Center on tribal land in Thermal. Federal authorities ordered the facility's immediate closure. Desert Sun 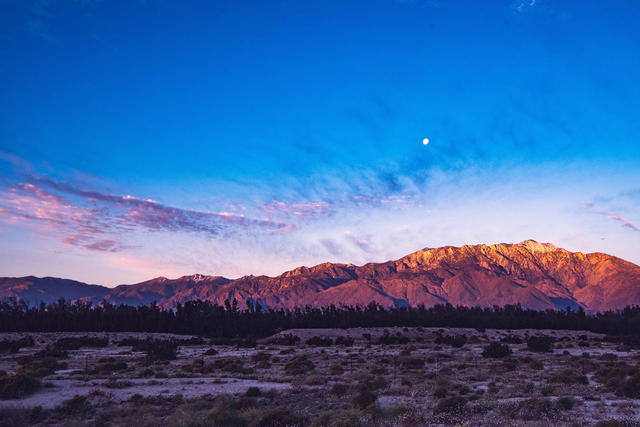 Here's San Jacinto Peak draped in its morning finery. Rising abruptly from the desert floor near Palm Springs, it's the granite apogee of nearly 440 square miles of protected wilderness and the second highest perch in Southern California. John Muir called the view from the top "the most sublime spectacle to be found anywhere on this earth." Hiking there is an all-day challenge, but there's a marvelous shortcut: a tramway that is itself one of California's must-do experiences. DESERT magazine | Curbed Los Angeles

Nestled in the San Jacinto Mountains, Idyllwild is a small-town antidote to city life in Southern California. California Sun

On this week's California Sun Podcast, host Jeff Schechtman talks with Willow Bay, dean of the USC Annenberg School for Communication and Journalism. Bay said she is continually inspired by her young journalism students. "In this time that often feels so confusing and so dark and so fraught, I get an enormous and powerful sense of hope." California Sun Podcast 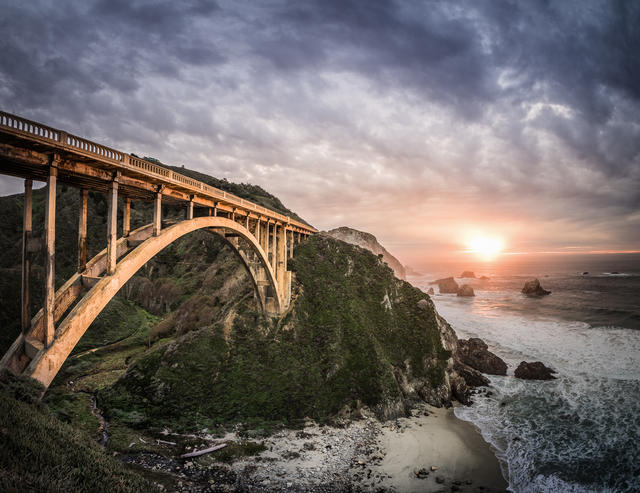