The Trump administration is preparing an immigration enforcement blitz in cities that have adopted sanctuary policies, several sources told the Washington Post. Raids could begin as early as this week in California. One objective: boost President Trump’s claims that leaders in sanctuary cities have failed to protect residents from dangerous criminals. Washington Post | The Hill 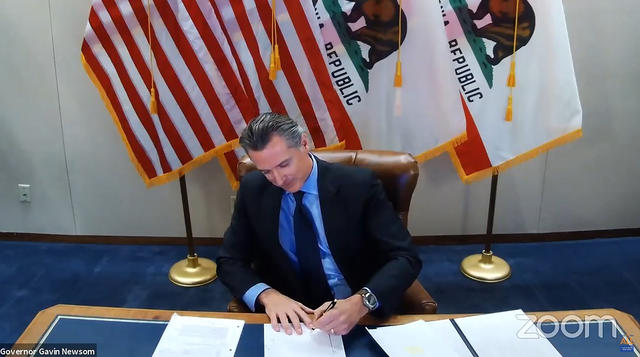 Office of the Governor, via A.P.

Gov. Gavin Newsom signed a bill making California the first state to mandate the study of how to provide reparations to descendants of enslaved people. The bill was authored last year but gained momentum during this summer's protests. “After watching last night’s debate," Newsom said, "this signing can’t come too soon.” L.A. Times | A.P.

The governor also signed a first-in-the-nation bill requiring that corporations based in California have at least one director from an underrepresented community on their boards. The quota is similar to one enacted in 2018 that forced companies to add women to all-male boards. It was expected to face court challenges from groups who say it is discriminatory. L.A. Times | Sacramento Bee 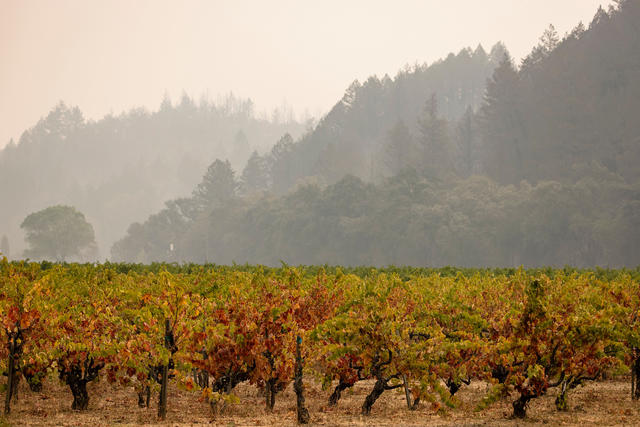 Smoke hung over a vineyard in Napa Valley on Wednesday.

A lull in the weather slowed growth of the Glass fire in wine country on Wednesday, but forecasters warned of extreme heat and dry winds on Thursday and Friday that could breath new life into the inferno or kick off new blazes. Additional evacuations and preemptive power cuts were ordered. “The trifecta for the spread of wildland fire is fuel, weather and topography,” a Cal Fire leader said. “And we have all three of those in alignment.” Bloomberg | KQED

In Shasta County, another death was reported in the Zogg fire, raising its death toll to four. The man had been airlifted to a hospital with burns on Sunday, then succumbed days later. Record Searchlight | Reuters

Firefighters on loan from Texas grabbed lunch at a restaurant in Sacramento County on Tuesday. The other patrons gave them a round of applause and paid for their meal. 👇 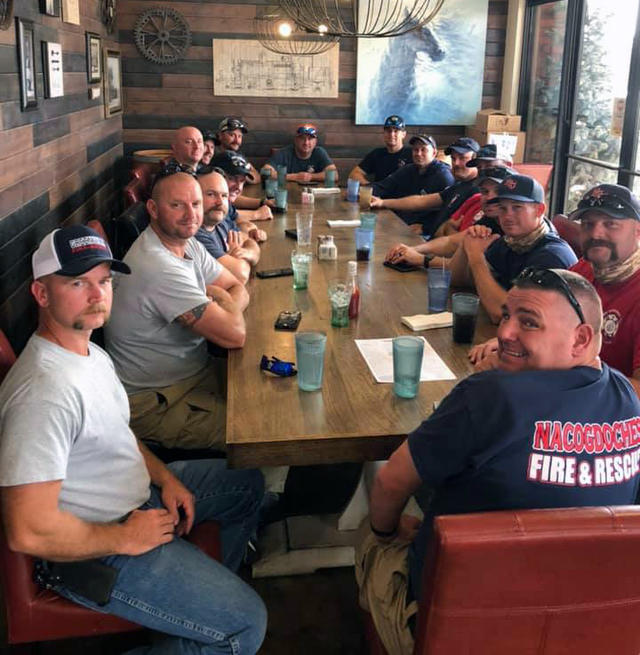 via The Galt Herald

Indoor dining resumed in San Francisco on Wednesday, bringing hope to restaurant owners in one of America's great food cities for the first time in months. The rules, summarized in a 12-page document, are tough. Dining is limited to 25% capacity, all customers must be verbally screened, and masks are mandatory at all times except when eating. "It’s a chance to show the city that we can do this," the owner of the historic John's Grill said. "But we all have to work together on it.” S.F. Chronicle 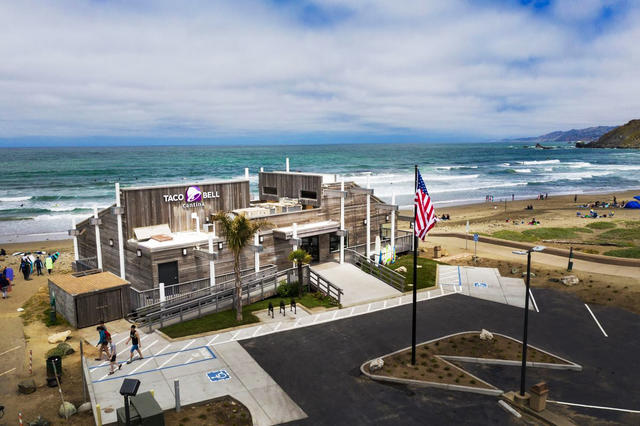 The Taco Bell in Pacifica in clad in rustic wood.

☝️ The world's most beautiful Taco Bell is on the beach in Pacifica. It has surfboard parking and big windows through which diners sometimes spot breaching humpback whales while chomping down on a $1.49 taco. Last year, the Taco Bell added margaritas, accomplishing a rare feat, wrote the Chronicle's Peter Hartlaub: improving on perfection. S.F. Chronicle | Atlas Obscura 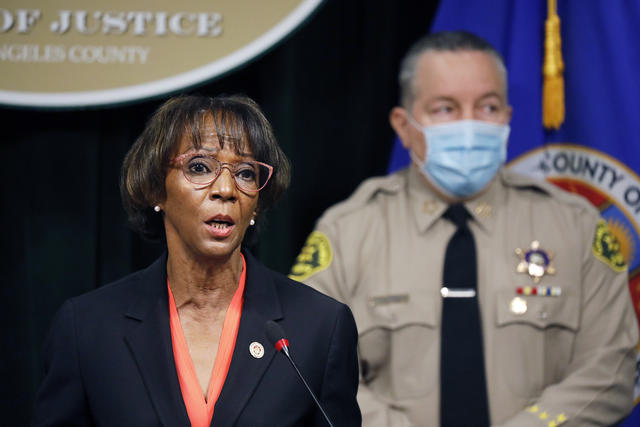 A suspect was in custody three weeks after a gunman opened fire on two L.A. County sheriff's deputies sitting in their patrol car, officials said. Deonte Murray, 36, was arrested on Sept. 15 after a standoff in a separate case. He was charged with attempted murder. Sheriff Alex Villanueva said the two deputies were doing OK but they faced "a lot of surgery, reconstructive surgery.” L.A. Times | CBSLA

Los Angeles's most vulnerable residents endure agonizing delays to see medical specialists in the county public hospital system, an L.A. Times investigation found. Even those awaiting care that could mean the difference between life and death are routinely forced to wait for months. Some die waiting. “This care is an embarrassment and indictment of our healthcare delivery system,” a patient advocate said. L.A. Times 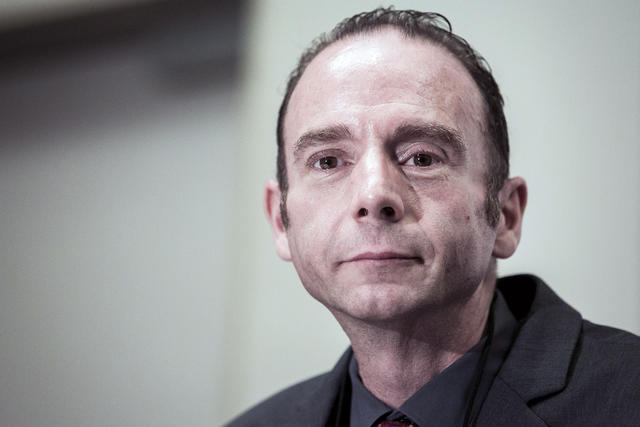 Timothy Ray Brown, the first person cured of H.I.V., died at his home in Palm Springs. The cause was unrelated recurring leukemia. He was 54. Known as “the Berlin patient,” Brown received an experimental bone marrow transplant in 2007 that eliminated his H.I.V. The procedure was incredibly risky and not practical for widespread application, but it gave hope to people around the world that a cure was possible. N.Y. Times | S.F. Chronicle 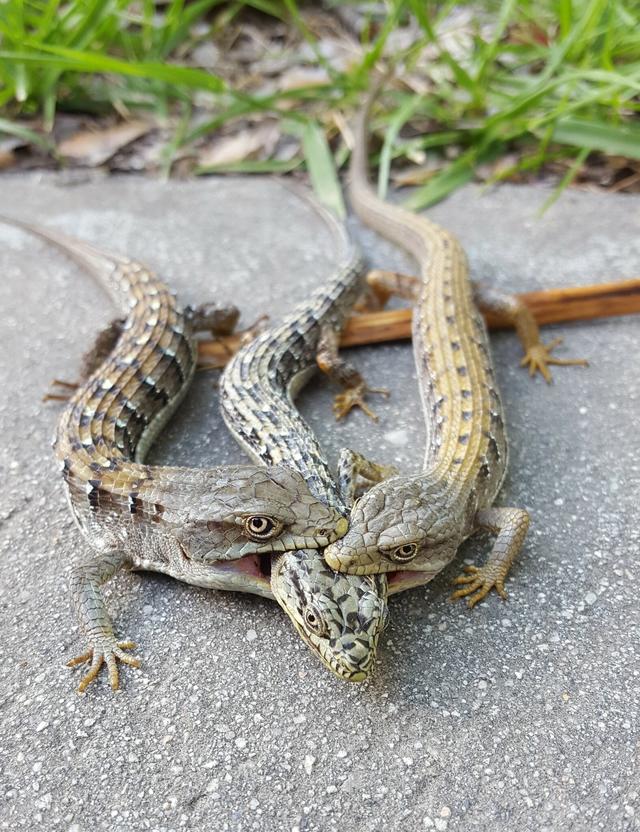 Researchers are unsure why the lizards mate in this manner.

The N.Y. Times delved into the peculiar love lives of southern alligator lizards, the most widespread reptile in Los Angeles. The males will grip a female’s head in his mouth for hours or even days at a time. Sometimes they have threesomes, with two males biting one female — or a male biting another male who bites a female, "in a kind of reptilian love sandwich." 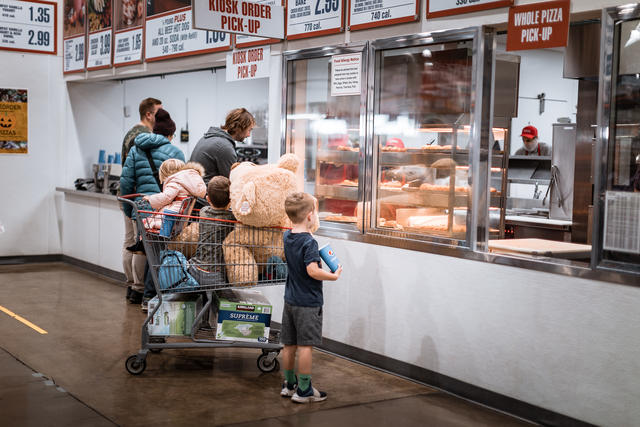 Costco’s hot-dog-and-soda combo has been priced at $1.50 since 1984. Years ago, the company's then-president, Craig Jelinek, complained to cofounder and CEO Jim Sinegal that the deal was a money loser. Sinegal nodded. "If you raise [the price of] the effing hot dog," he said, "I will kill you. Figure it out."

The West Coast superstore sold about 150 million of the combos last year, more than the total number of dogs sold at every Major League Baseball stadium combined, by far. It could easily bump the price up. An extra 25 cents, for example, would amount to $37.5 million.

But Costco has embraced the idea that the deal pays for itself in brand loyalty among customers. A certain nostalgia for simpler times also seems to play a role.

Sinegal retired in 2012, raising the possibility that new leadership might revisit the combo matter. At a shareholder meeting in January, Jelinek, now CEO, said he was repeatedly asked about it. “We have no plans to take that hot dog above a buck 50," he said. "End of story." A cheer arose.

An earlier version of this newsletter misspelled the name of a San Francisco Chronicle writer. His name is Peter Hartlaub, not Peter Hautlaub.