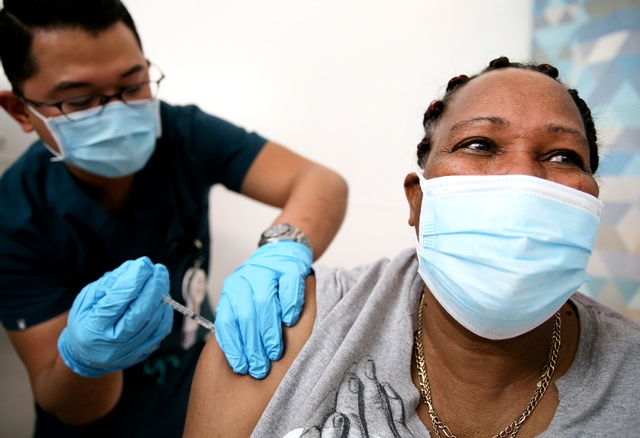 Lorraine Harvey, an in-home care worker, got her shot in South Los Angeles on Feb. 25.

In a major shift, Gov. Gavin Newsom announced a plan to accelerate California's reopening. It calls for devoting 40% of all available Covid-19 vaccines to the state’s most disadvantaged zip codes. After roughly 400,000 more doses are administered in those neighborhoods, the state will relax the benchmarks that dictate business and school reopenings. Officials predicted that would happen within the next week or two. A.P. | S.F. Chronicle

Newsom is so optimistic that he expects to see baseball fans in the stands on Opening Day, April 1. Politico

Some public health experts are nervous about the upbeat mood in California. “We’ve seen this story over and over again in the Bay Area,” said Dr. Peter Chin-Hong, an infectious disease expert with UCSF. “We have a surge and then we have a honeymoon period of five to six weeks when everything opens back up, and then we have another surge. If you look back, that is the pattern for California.” S.F. Chronicle 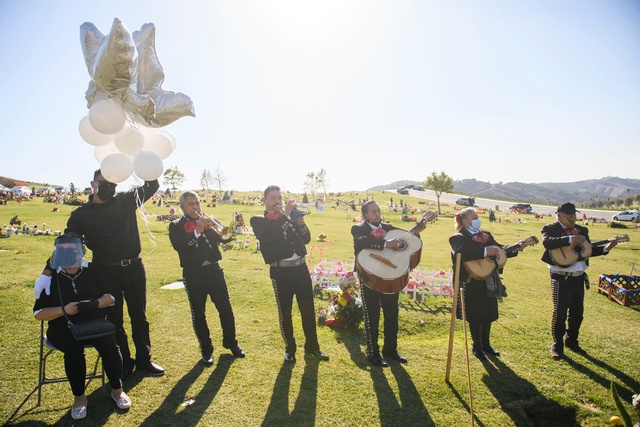 "It is absolutely hard to know that you have work because people are dying."

A video journalist expected to find that mariachis were struggling because of the pandemic. He was surprised to learn they were busy as ever — playing Covid-19 funerals. This is a beautiful and heart-wrenching piece on the emotional toll of their work. 👉 YouTube/L.A. Times (3:50 mins)

“This is costing the most vulnerable people their lives.”

The Trump administration offered 75% reimbursement for cities that housed homeless people in hotels during the pandemic. Then the Biden administration raised it to 100%. Los Angeles has received a total of zero dollars. Why? Mayor Eric Garcetti’s administration never applied. L.A. Times 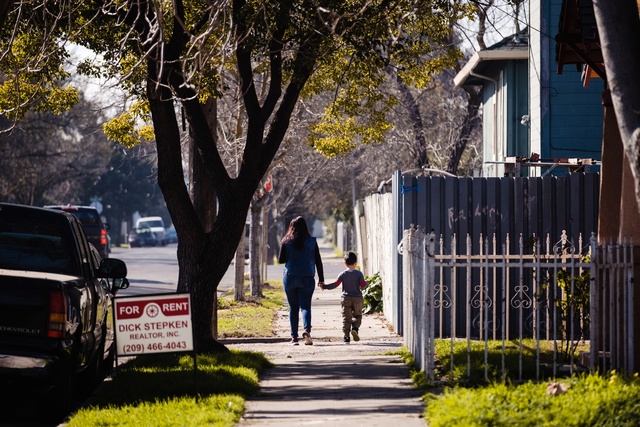 A mother and son walked through a neighborhood targeted by Stockton's basic-income experiment.

Give away money, one argument goes, and people will stop working. Stockton has now proved this wrong. After a basic-income program that gave $500 per month to 125 randomly selected individuals, the recipients actually gained full employment at higher rates than a control group, a study released Wednesday found. They also reported lower rates of depression and anxiety. The Atlantic | A.P.

In a Twitter post, San Francisco's police commissioner made the point that taking a gun from a kid can have an unintended consequence: "I've known too many kids who were killed for being in the wrong neighborhood (often their own) & unable to protect themselves," he wrote, calling it an "uncomfortable truth." Critics saw it differently: As an invitation for young people to arm themselves. Now, two county supervisors are demanding he step down. S.F. Chronicle

"SAN FRANCISCO — In the past half-century, just three people have held the seat representing this lovely, boisterous city in Congress. Two of them — Phil Burton and Nancy Pelosi — account for all but a handful of those 57 years."

Pelosi is still going strong, but the fight to succeed her is already well underway. The campaign, wrote the L.A. Times' Mark Z. Barabak, is likely to be vicious. 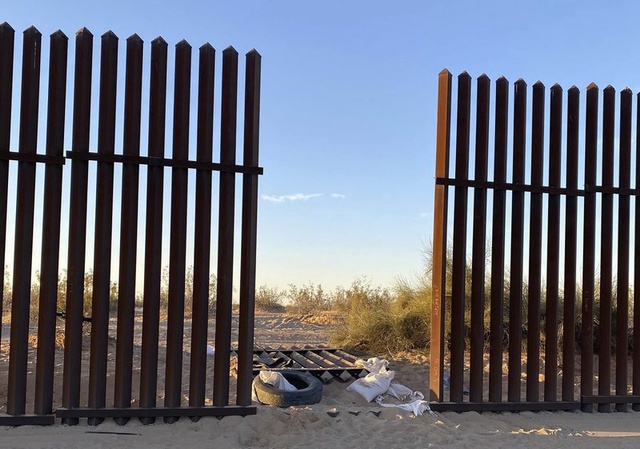 ☝️ The Ford Expedition involved in a crash that left 13 people dead on Tuesday had driven through this breach in Southern California's border fence with Mexico, the Border Patrol said Wednesday. The vehicle, along with another SUV filled with 19 people, was captured on surveillance video crossing from Mexico into California’s Imperial Valley in what is believed to have been a migrant smuggling operation. Desert Sun | A.P.

Kellen Winslow II, once the highest-paid tight end in the NFL, was sentenced to 14 years in prison on Wednesday for rapes and other assaults against five women in Southern California. One of his victims was homeless. Another was hitchhiking when he picked her up. A third was 17 years old and passed out at a party. The judge said Winslow, who grew up in San Diego, could be summed up in two words. "And that is a sexual predator," he said. "That’s what Kellen Winslow II is. He’s a sexual predator." S.D. Union-Tribune | N.Y. Times 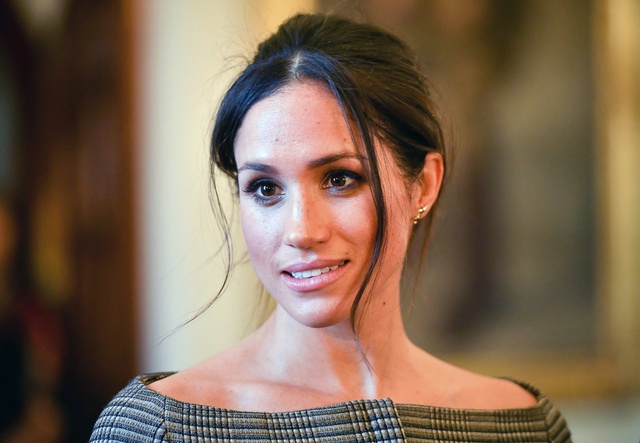 In a highly unusual statement, Buckingham Palace said it would investigate Meghan Markle, Duchess of Sussex and daughter of Woodland Hills, over accusations that she bullied her staff, especially young women, “to the point of tears.” Responding, Markle said she was the victim of a "calculated smear campaign.“ A California legislator, Lena Gonzalez, took the opportunity to weigh in. Markle, who lives in Santa Barbara, is "now our California princess," she tweeted, "and I’m on her team." Washington Post | Vanity Fair 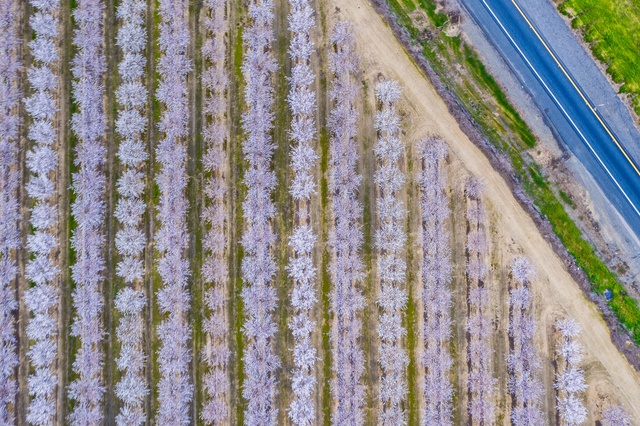 The almond trees of the Central Valley don colorful hues in early spring.

California produces more than 2 billion pounds of almonds a year, about 80% of the world's supply. The trees are arranged in neat rows across nearly 2,400 square miles of the fertile Sacramento and San Joaquin Valleys. Each February and March, they erupt with petals of pink, purple, and white, which then blanket the ground in what has become known as "valley snow." The best way to see the show is the Fresno County Blossom Trail, a 60-mile scenic loop southeast of Fresno which is right now popping with color. Goblossomtrail.com | KFSN

The videographer John Hannon got some nice drone views last week over the Sacramento Valley. 👉 YouTube 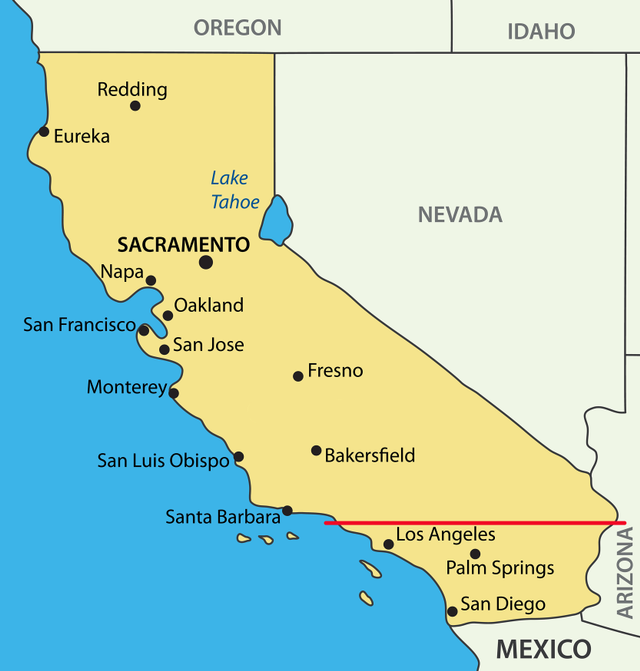 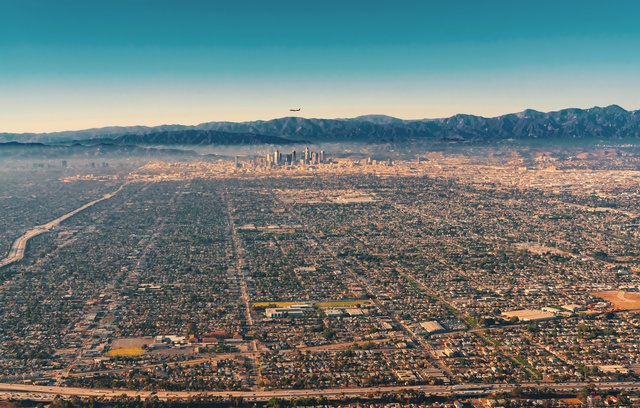 “L.A. spent a lot of resources in the first two decades of the 20th century building the groundwork of what would become a major harbor,” said Levitt. “Over time, ships became deeper and needed deeper water and different kinds of birthing. The shallower San Francisco Bay waters weren't set up as well for new ships, especially after WWII.”