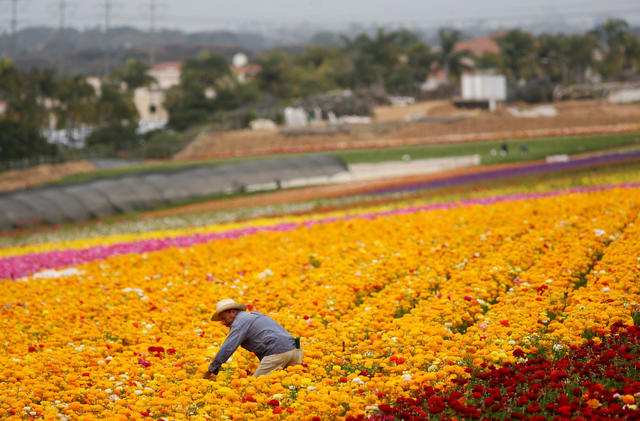 "This is a chance to solve a problem for America."

The House passed a bill creating a path to legal status for farmworkers in the country illegally, including roughly 250,000 in California. The vote was a rare moment of bipartisanship, but it was uncertain whether the Republican-controlled Senate would take it up. Salinas Californian | Fresno Bee 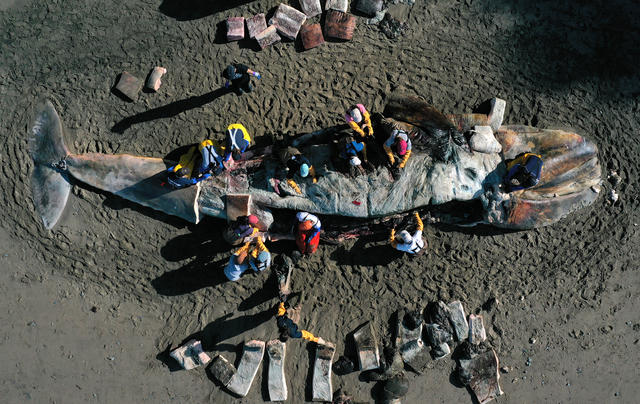 A beached gray whale in Tiburon made for one of the more memorable images of the year.

Several publications have compiled retrospectives on the year in pictures. California's wildfires have been widely featured. So has that striking image of Speaker Nancy Pelosi pointing at President Trump during a contentious White House meeting. Among the others: a homeless encampment in Oakland, Megan Rapinoe in celebration, Felicity Huffman in prison clothes, the deadly shooting at Saugus High School, and a gorgeous shot of the Lost Coast. N.Y. Times | Washington Post | CNN 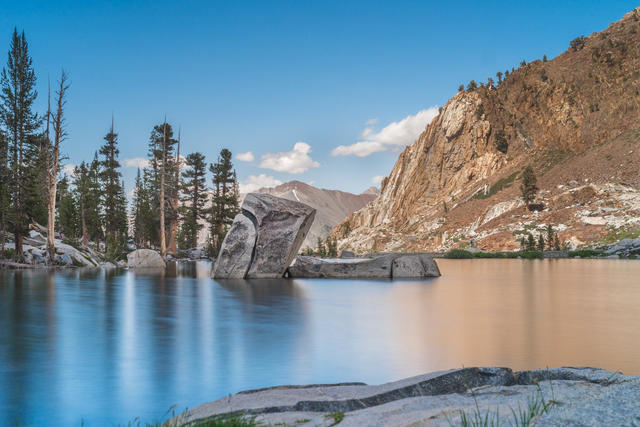 According to dangerousroads.org, Mineral King Road curves an estimated 98 times in 25 miles before reaching its terminus at Mineral King Valley. It's a thrill ride for some but a deterrence to others, which is one reason the subalpine valley in Sequoia National Park is among California's greatest crowd-free natural wonders. A picnic lunch at Eagle Lake, pictured above, can be accomplished in a single day, no camping necessary. Modern Hiker | Valley Public Radio

Oakland's City Council president has a plan for housing the homeless: Put them on a cruise ship at the city's port. Rebecca Kaplan said she was reading an old article about cruise ships used for emergency housing after natural disasters when she got the idea. "I thought, well, we have a natural-disaster level of crisis," she said. S.F. Chronicle | USA Today 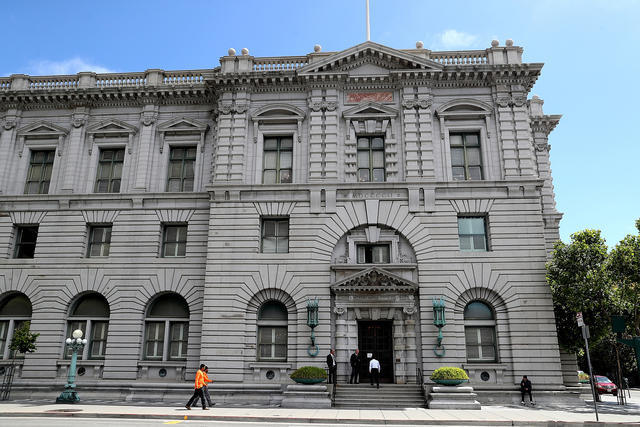 A view of the 9th U.S. Circuit Court of Appeals in San Francisco.

President Trump has fulminated against the San Francisco-based 9th U.S. Circuit Court of Appeals as a liberal bastion. Now the Senate has confirmed two conservative Justice Department lawyers to seats on the court. One, Lawrence VanDyke, was labeled "not qualified" by the American Bar Association, which called him "arrogant, lazy, an ideologue and lacking in knowledge of the day-to-day practice including procedural rules." A.P. | S.F. Chronicle

Millions of Americans now use "smart speaker" devices such as the Echo, Google Home, and Apple HomePod. The companies attest that privacy is paramount. Yet, Bloomberg reports, low-paid workers are inarguably listening to intimate moments inside people's homes — without their knowledge. "There's this creeping erosion of privacy that just keeps going and going," a tech professor said. "People don't know how to protect themselves." Bloomberg 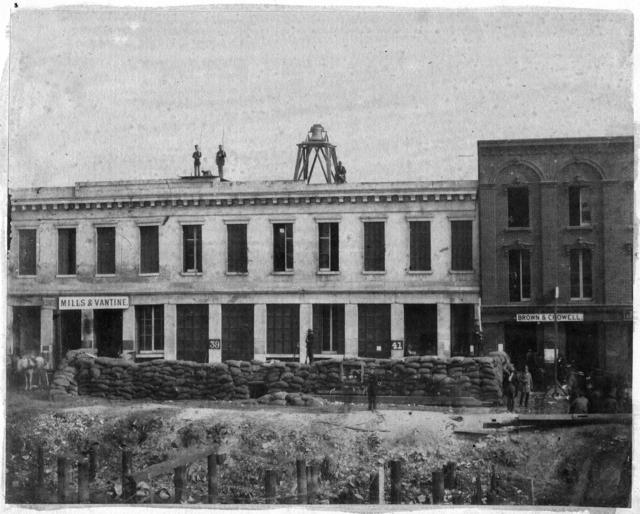 It's uncertain what drew the British photographer George Fardon to San Francisco at the onset of the Gold Rush, but he amassed a bounty far more precious than mere metal. Unlike most of his contemporaries, who confined themselves to studios, Fardon lugged his camera to balconies, sidewalks, and hilltops to capture the architecture and landscapes of the burgeoning city. His remarkable "San Francisco Album," published in 1856, is credited as the earliest published photographic record of an American city. Southern Methodist University uploaded 30 of the images to Flickr.

Note the photo titled "Fort Vigilance," pictured above. It shows the Sacramento Block Building, lined with sandbags and surrounded by armed guards, that served as headquarters for the Committee of Vigilance. The group was established by San Francisco's business class to stamp out gangsterism, unrestrained by "quibbles of the law."

Six people, including at least two doctors, were arrested after they blocked an entrance to the Border Patrol's San Diego headquarters. Doctors and immigrant rights groups have been seeking to administer flu shots to detained migrant children at the border after three children died from the disease in custody last year. S.D. Union-Tribune | Newsweek 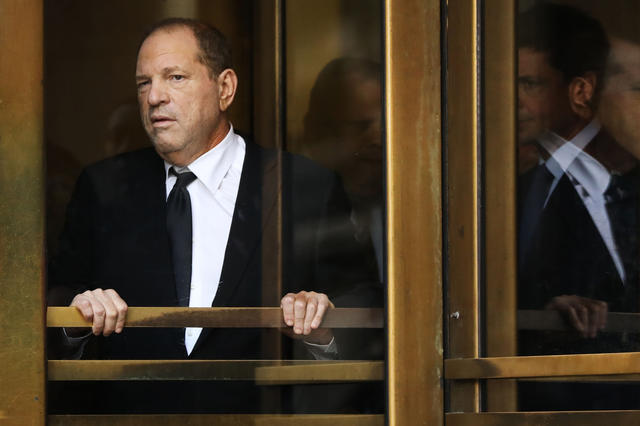 After two years of legal wrangling, Harvey Weinstein and the board of his bankrupt film studio reached a tentative settlement that would allocate $25 million to dozens of his alleged sexual misconduct victims. Weinstein would not admit wrongdoing or pay anything to his accusers out of his own pocket. But he's not off the hook. His criminal trial in Manhattan starts in January. N.Y. Times | L.A. Times

Disney, worth about $130 billion, is being sued by workers who accuse the company of failing to pay a living wage. Food servers, bellhops, doormen, and other Disneyland employees earn as little as $12 an hour, leading some to live in cars and on people's couches. The resort is accused of violating an Anaheim measure requiring companies that get city subsidies to pay workers at least $15 an hour. Daily Beast | LAist 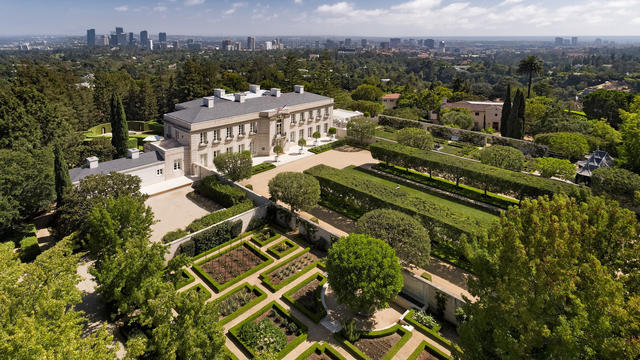 The 25,000-square-foot house is surrounded by elaborate manicured gardens.

A Bel-Air estate has sold for the highest price in California history, about $150 million. Purchased by Lachlan Murdoch, the media executive and son of Rupert Murdoch, it's also the second most expensive residential sale ever recorded in the U.S. Classic TV watchers might recognize the French Neoclassical-style chateau. It's the home of the Clampett family from the credits of "The Beverly Hillbillies." The Real Deal | L.A. Times