California has activated the National Guard to help hospitals in Bakersfield and Redding manage soaring numbers of coronavirus patients. The infections have been fueled by persistent distrust of the vaccines. Recently about 50 people gathered to protest vaccine mandates in Redding. Deborah Burns, a radiology nurse, addressed the crowd: “I will not violate my body by putting an experimental death dart with undisclosed ingredients in it." Sacramento Bee | L.A. Times

Legal challenges were all but certain after Gov. Gavin Newsom announced that California would become the first state to require Covid-19 vaccination for all public and private schoolchildren. But the move earned praise from the nation's top infectious disease expert on Sunday. "People need to realize that having a vaccine requirement for schools is not a new, novel thing that is very peculiar or specific to Covid-19," Dr. Anthony Fauci said on CBS’s "Face the Nation." "We've been doing this for decades." The Hill 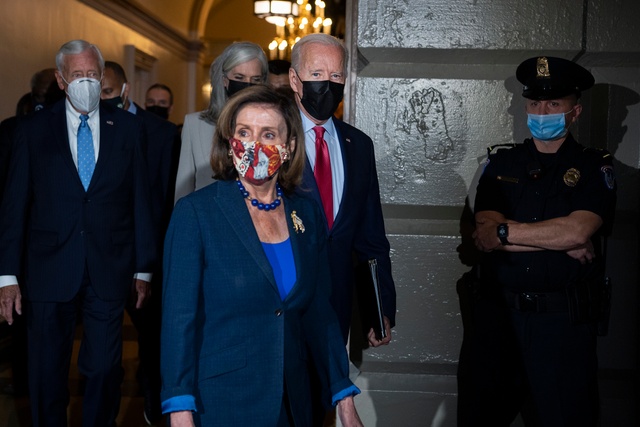 President Biden and Speaker Nancy Pelosi at the Capitol on Friday

As the Democratic Party's centrist and liberal factions spar over a $3.5 trillion budget blueprint, Speaker Nancy Pelosi has been describing the agenda to colleagues as “a culmination of my service in Congress.” The San Francisco Democrat has dropped hints that she'll retire at the end of her term. As The Washington Post sees it, Pelosi is now on the verge of cementing her legacy as one of the most powerful members of Congress ever — or ending her career on a sour note.

Last month, the Wall Street Journal began publishing a damning series of articles about Facebook based on leaked internal documents. They described how Facebook's algorithms foster discord; how human traffickers use the platform's services openly; how Instagram is worsening body image issues among teenagers. On Sunday, the whistleblower came forward. She is Frances Haugen, 37, a Silicon Valley veteran who methodically copied internal documents and approached a lawyer. “When we live in an information environment that is full of angry, hateful, polarizing content, it erodes our civic trust, it erodes our faith in each other, it erodes our ability to want to care for each other," she said in a “60 Minutes” interview. CBS News | N.Y. Times 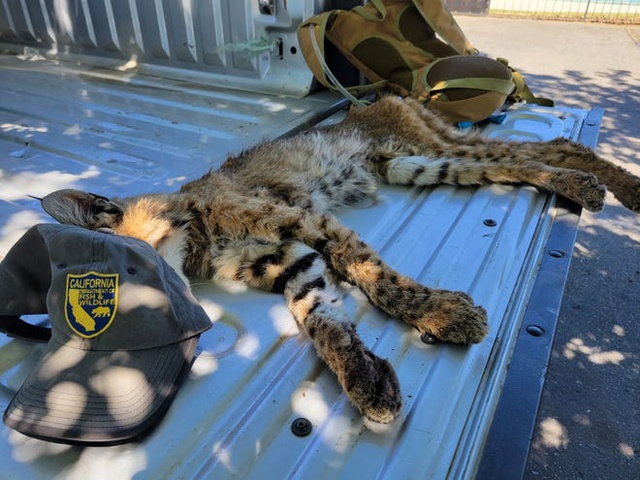 "Lava Bob" was only 16 pounds when discovered in July.

As wildfires spread across 3,800 square miles of California this year, the deaths of untold numbers of animals have gone uncounted. Saving them falls to people like Axel Hunnicutt, a state wildlife biologist who slogs through charred landscapes with a dart gun at his side in search of injured animals. In July, he found an emaciated and burned bobcat near Lake Shastina in Siskiyou County. Weeks later, "Lava Bob" is almost well enough for release. “Now he yowls and growls and drools, and comes stalking toward us. We must look delicious," a veterinarian joked. "He’s gorgeous.” Record-Searchlight 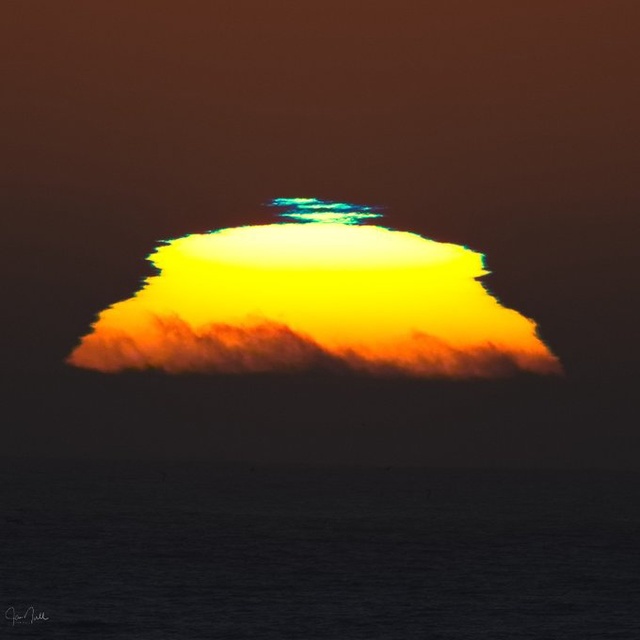 Squint toward the ocean horizon at sunset and you may see a green flare peel off the sun and dissolve into the sky. The green flash, as it's known, results when the atmosphere acts as a prism, scattering the light and allowing only the greens to meet the observer’s eye. Even more elusive is the blue flash. But Jan Null, a Bay Area meteorologist, captured an exquisite shot of one from Half Moon Bay on Sept. 30, pictured above. Legend has it that witnessing a flash grants you telepathic powers. Asked if he's noticed anything strange since his sighting, Null gave nothing away. "It’s just physics!" he said. 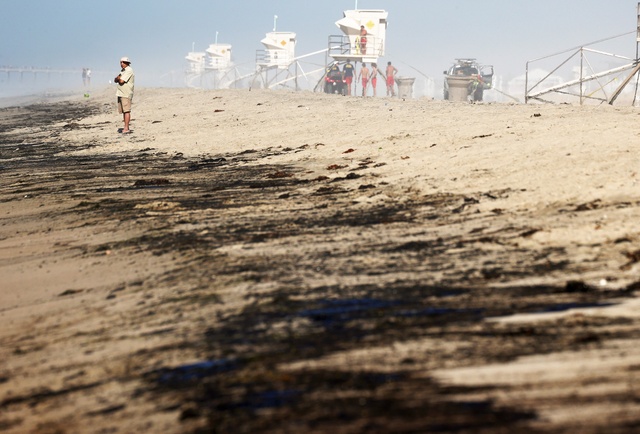 A person stood near oil washed up on Huntington State Beach on Sunday.

The Orange County shore was smeared with oil Sunday after 130,000 gallons of crude gushed from an underwater pipeline in one of the largest California oil spills in decades. The damage to wildlife and wetlands was still emerging, with scattered reports of dead birds and fish, but environmentalists were preparing for the worst. “There’s tar everywhere,” said Ben Smith, a biologist, surveying the damage at Huntington State Beach. The circumstances of the leak remained unclear late Sunday. Officials said they still don't know when the breach began, how it happened, or even whether it was fully plugged. L.A. Times | A.P.

Late one night in 2005, an Anaheim police officer named Bradley Wagner pulled over a woman in a burgundy van. He asked the woman, a mother of four in the country illegally, whether she had papers. "You know I can take you to immigration,” he warned her, according to an account based on interviews and investigative records. She begged him to let her leave. Wagner unzipped his pants. Years later, he ended up pleading guilty to sexual assault and serving time in prison. Yet his pension checks never stopped. Now 73 and living near the beach in San Juan Capistrano, Wagner has collected more than $1 million in retirement. Here's a must-read investigation on pension payouts to criminal cops. 👉 CNN

Last month, Orange County opposed the recall by 52% to 48%, cementing its reputation as an ideologically mixed place. But the shift from red to purple has accelerated. L.A. Times

Los Angeles’ oldest synagogue has added a strikingly modern trapezoidal building that tilts out toward the street. The architects of the new space, intended for offices and events, were challenged to balance architectural brio and deference to the landmark Wilshire Boulevard Temple, built in 1929. “In planning this building, we had to aspire to be as great as museums," senior rabbi Steve Leder said. "We knew that only a singular, iconic building would excite and inspire people.” Surface Magazine | Architectural Digest 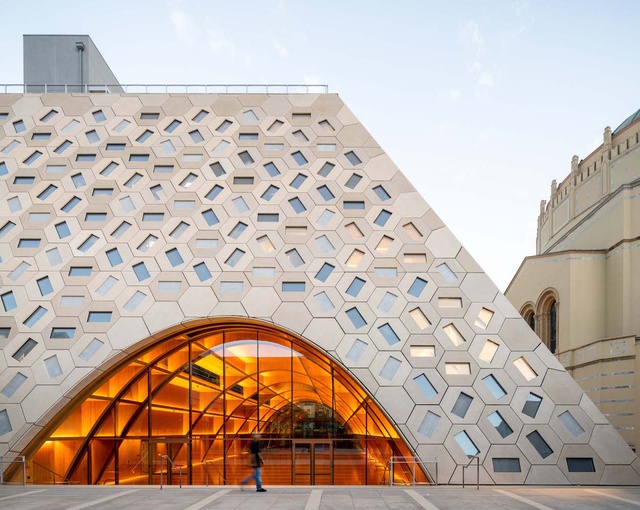 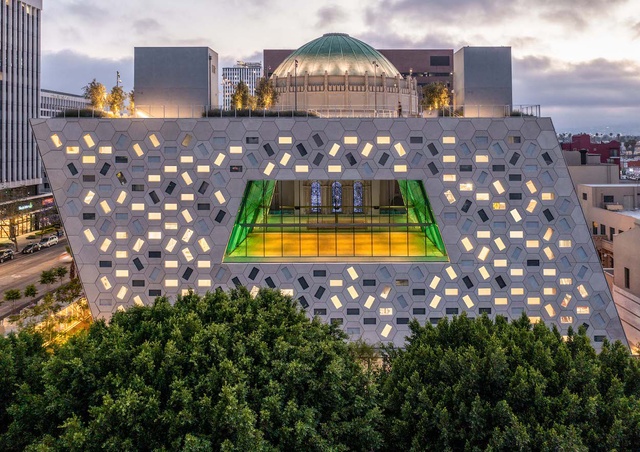 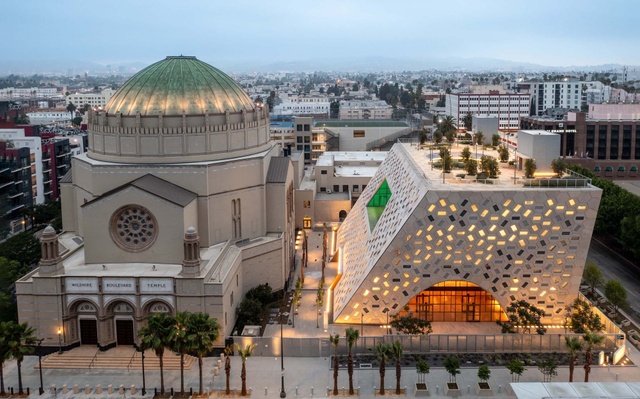 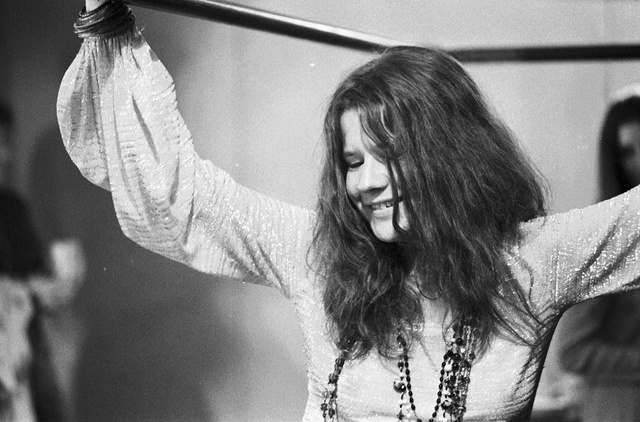 “Me and Bobby McGee,” a gentle tune about heartbreak on the road, was written for the voice of a male country singer. Its title character, Bobby, was inspired by a pretty young secretary in the music industry in Tennessee. The country crooner Roger Miller was the first to record the song in 1969. Roy Clark, Kenny Rogers, Charley Pride, and others followed.

So when word spread that Janis Joplin had done a version, flipping Bobby’s gender to male, some were skeptical. Many thought of her as a hard rocker, hollering on stage with the force of an opera singer.

Just three days after making her recording, Joplin was found dead of a heroin overdose — on this day in 1970 — at the Landmark Motor Hotel in Hollywood. She was 27.

A day later, Kris Kristofferson, who co-wrote “Me and Bobby McGee,” got a call from Joplin’s producer. He asked him to stop by his Los Angeles office to hear her version of the song.

Kristofferson had to leave the room before the song was finished, he told Performing Songwriter years later: “Afterwards, I walked all over L.A., just in tears. I couldn’t listen to the song without really breaking up.” He wasn’t the only one.

“Me and Bobby McGee” became Joplin’s biggest hit. Over the years, it was covered by Johnny Cash, Olivia Newton-John, Dolly Parton, and Pink. But no one sang it like Janis.

… Adrienne Defendi, a photographer and artist working and living in the San Francisco Bay Area.

A: Alcatraz. I went there for the first time in 2014 to view the immense art installation @Large by the artist and activist Ai Weiwei, and I was fascinated by the layers of history. What a brilliant combination of environment and art to stimulate discussions of freedom and human rights on this island in light of its history: a 19th-century military fortress, a federal penitentiary, and a site of protest and Native American heritage. The impressive arrival by ferry, the views of the Bay all around, the lives lived and viscerally felt as you walk through the prison halls listening to oral histories, all of which is haunting and captivating.

I was absolutely fascinated by Suzanne Simard’s “Finding the Mother Tree: Discovering the Wisdom of the Forest,” which narrates her inspiring scientific journey of forest ecology and explores her central ideas of collaboration and interconnectivity in the natural world and our relationship to it. It’s a beautiful and fascinating read. Simard makes her scientific discoveries accessible and reminds us of our own interconnectivity, fragility, and humanity.

Terún in Palo Alto. There is nothing more delicious than a thin and crispy Neapolitan wood-fired pizza and a glass of red wine. Or could it be the homemade beet gnocchi with grana padano, taleggio, and gorgonzola? Regardless, be sure to complete the meal with caramel gelato topped with olive oil and sea salt!

You’re organizing a dinner party. Which three California figures, dead or alive, do you invite, and why?

Joan Baez (singer, songwriter, and activist), Angela Davis (political activist, philosopher, academic, and author), and Alice Waters (chef, author, and pioneer of California cuisine). These three living legends have been part of my life’s journey, and I admire them for their deep thinking, risk taking, and for addressing some of our society’s ongoing political, social, and philosophical concerns. I can imagine the lively discourse and debate that would ensue with all of us seated together at a nourishing farm-to-table celebration.

Can you share a photo with a particular story you could tell our readers? It can be from an exhibit, something you've had for a while that didn't find a home in one of your projects, or just something you snapped on your phone. 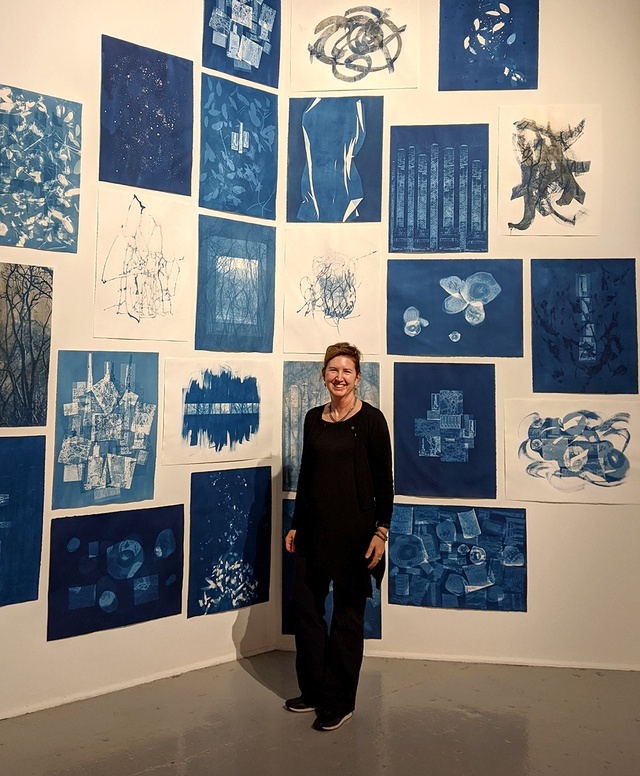 After working for so long in constrained circumstances due to the pandemic, it was a most welcomed challenge and pleasure to be able to physically exhibit my work at SOMArts Gallery in San Francisco, along with 15 other contemporary Bay Area artists. The large-scale installation "Memoria," composed of 28 unique cyanotype prints, is a meditation on loss and the possibility of renewal.