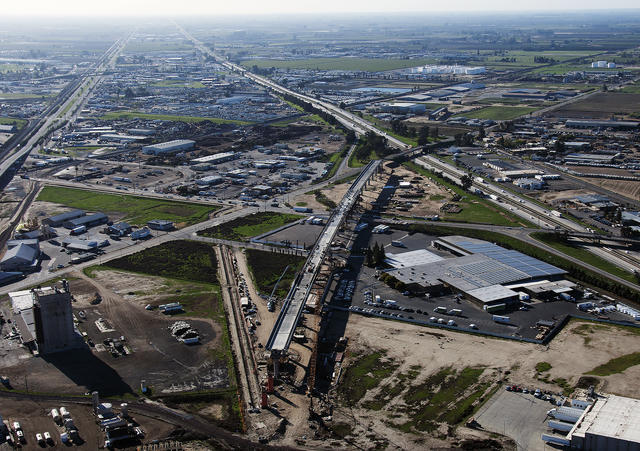 Work on a bullet train viaduct south of Fresno.

The bullet train would whisk Fresno residents to Silicon Valley and Los Angeles, establishing the city as a crucial link for northern and southern California.

Businesses, jobs, and prosperity, the city fantasized, would surely follow.

But with the project behind schedule and over budget, political enthusiasm has waned. That has Fresno starting to fear that it will just become one more false promise.

Read the story at the Center for Public Integrity. 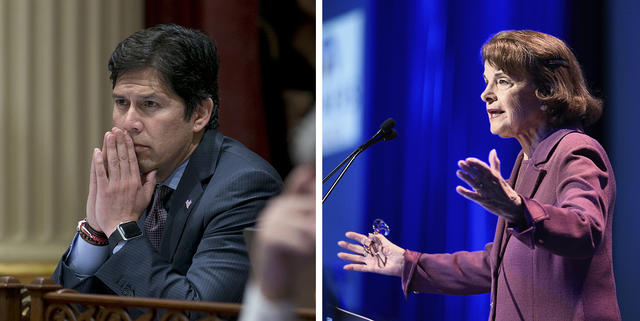 Back in July, state Sen. Kevin de Leon convinced the state's Democratic Party to endorse him over Sen. Dianne Feinstein. It was a major coup, but she still enjoys a big polling lead. Today, De Leon will finally get a chance to debate Feinstein, the first time she's engaged with an election challenger since 2000. A major caveat: They won't be allowed to address one another. (Stream it here at 11:45 a.m.) 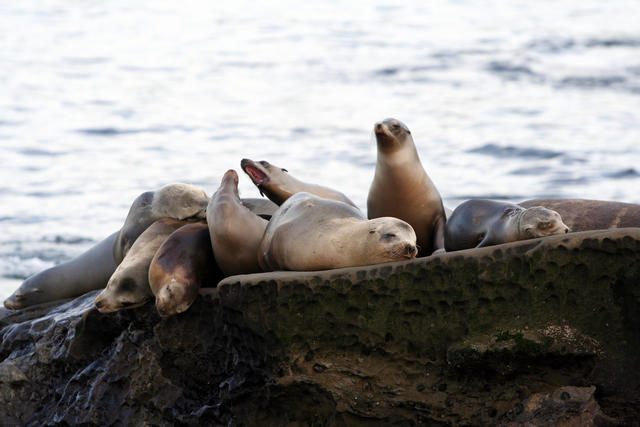 Sea lions off the California coast

California sea lions are coming down with an often deadly bacterial infection in near-record numbers. This year, 220 sea lions have been diagnosed with leptospirosis along the Central Coast. Researchers believe the outbreak could be caused in part by changes in sea surface temperatures. 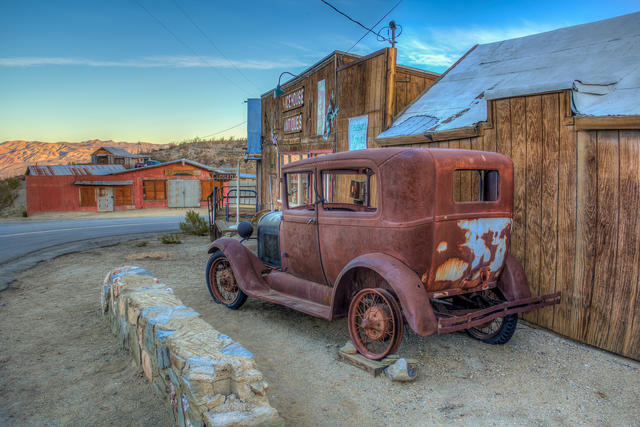 An old vehicle adds to the rustic ambiance in Randsburg.

Randsburg, in the desert east of Bakersfield, has been called a "living" ghost town. Birthed by the 1895 discovery of gold nearby, a handful of businesses in the crumbling old settlement still operate for visitors. Randsburg is included among a guidebook author's list of favorite California ghost towns. 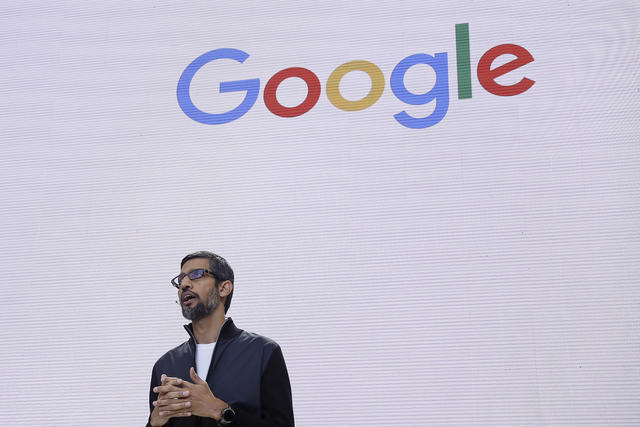 An internal war has been raging over Google's move to develop a censored search engine in China. But if C.E.O. Sundar Pichai is harboring doubts, they weren't evident at a recent event. He said tests of the product turned out great. "People don't understand fully," he said, "but you're always balancing a set of values." 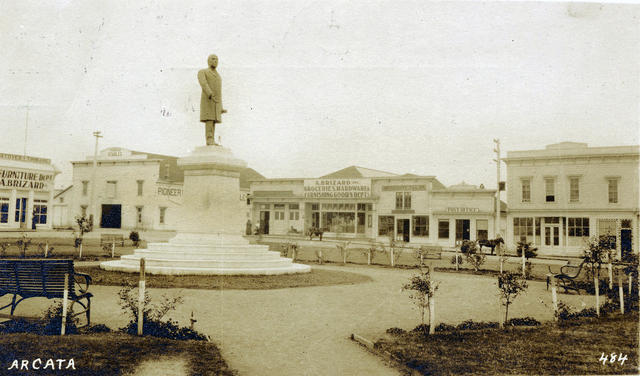 Arcata’s William McKinley statue hovered over the plaza in 1909.

Another contested California monument has been vandalized, this time a statue of President William McKinley in the small North Coast city of Arcata. Debate has raged for years over whether to remove the bronze likeness of McKinley, whom activists accuse of mistreating Native Americans. Vandals splattered the statue with an unknown liquid that ate into its patina.

Two teenagers in Davis baked one of their grandfather's ashes into sugar cookies, then brought them to school, the police said. Some classmates who ate the cookies were aware that they contained human remains. One student said that after he took a bite, a girl told him it had a "special ingredient." He assumed she meant marijuana. The police were trying to figure out what penal code might apply.

So it's Uber's fault. A study found that the single biggest factor in worsening traffic congestion in San Francisco is the arrival of tens of thousands of ride-hailing service vehicles. Last year, as many as 6,000 Uber and Lyft vehicles were on the city's streets at any one time — dwarfing the city's mostly moribund taxi fleet. They accounted for half of new congestion in the six years starting in 2010. 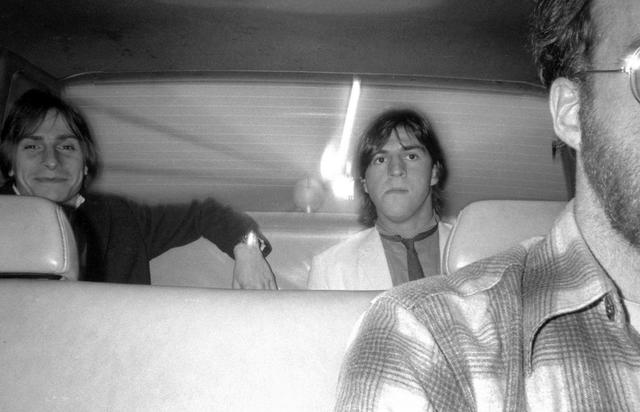 The photographer said the project helped him to know San Francisco intensely.

In the 1980s, a cab driver in San Francisco used a small camera mounted on his dash to capture random moments of passengers during his trips. (He always asked permission.) The pictures are a fascinating study of a grittier San Francisco, before Uber and Lyft. 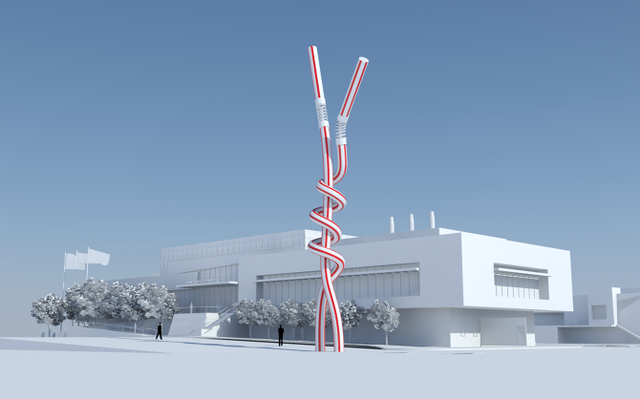 A rendering of the contested straw sculpture, which would have risen nearly 80 feet.

An artist hired by the city of San Diego to create a design for a new public artwork conjured up a sculpture depicting two giant entwined straws reaching toward the sky. When environmentalists heard about the plan to exalt the latest symbol of unnecessary pollution, they rallied to kill it.

The Angels could leave Anaheim. Team officials notified the city that they were opting out of their lease, setting the stage for negotiations over whether the team would remain in the city they've called home since 1966. Angel Stadium is one of the older stadiums in baseball. A USA Today ranking gave it a "meh." 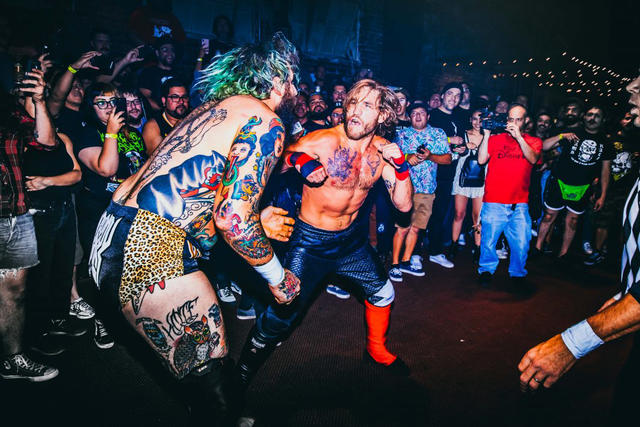 The events combine wrestling and rock.

Indie wrestling matches are taking over bars and nightclubs in Los Angeles. They innovate on conventional pro-wrestling in a crucial way: There's no ring, allowing the participants to thrash each other on stage, atop the bar, and in the crowd. "Our footage looks more like a World Star Hip Hop video than an over-produced weekly wrestling show," a promoter said. 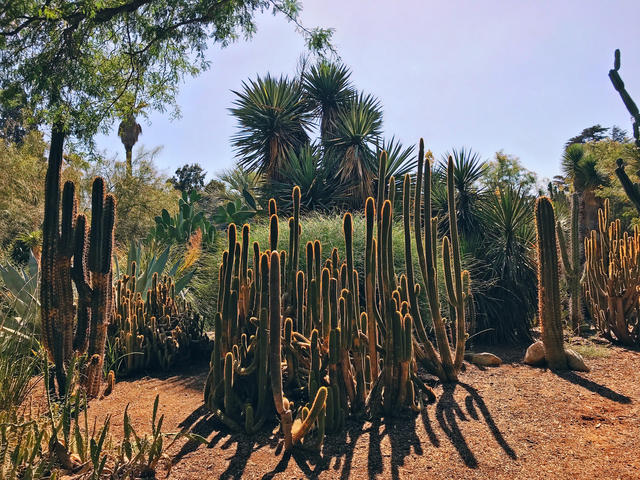 Huntington Botanical Gardens was created at the former estate of a railroad tycoon.

Huntington Botanical Gardens, just outside Los Angeles, is an oasis from the madding megalopolis. Spread across 120 acres, the gardens showcase 15,000 plant varieties from the around the world, organized by themes like jungle, desert, and China. Among the showstoppers are bug-devouring flora. A San Diego publication called the gardens "one of the best possible excuses to slog a congested freeway up to Los Angeles."

The Hermit of Emerald Bay 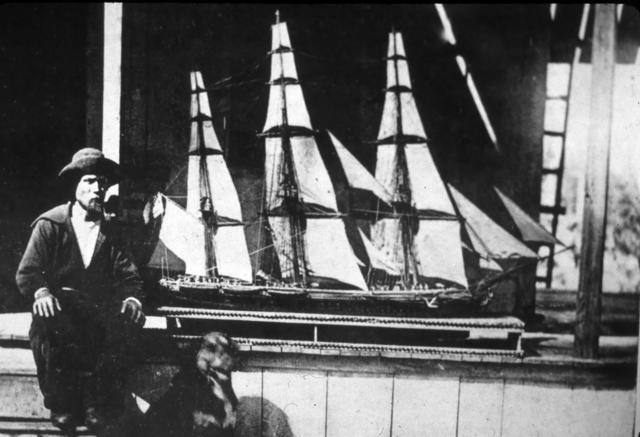 Captain Richard Barter with a model frigate that he crafted in Emerald Bay, circa 1871.

It was Captain Dick’s thirst for whiskey that did him in.

One of 19th-century Lake Tahoe’s most colorful figures was an old British sailor with a hardy constitution and missing toes. Captain Richard Barter was hired to tend a stagecoach tycoon’s summer villa on the shore of Emerald Bay.

During the snowbound winters, the only way in and out was by boat. For 10 years, Barter spent months at a time in intense isolation, earning the nickname the Hermit of Emerald Bay.

But Barter loved a good drink. Every so often, he would row his boat 15 miles across the icy lake to a shoreside saloon in Tahoe City.

One January night in 1870, the story goes, disaster struck. Barter was rowing home after an evening of drinking when a gust pitched him into the inky black waters. 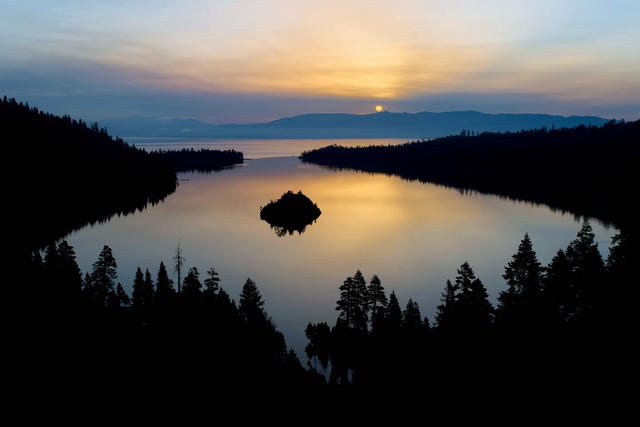 With death all but certain, he cried out, "Richard Barter never surrenders!" He climbed back aboard the boat and rowed toward the bay in a race against hypothermia. At the villa, he collapsed and nursed his injuries in solitude for the next three months. Unable to stand, he tied cushions to his knees to crawl around.

To prove the story to a visiting newsman from San Francisco, Barter hobbled across the room, pulled out a jewelry box, and displayed several of his frostbitten toes — removed, he explained, with a carving knife and salted to preserve as mementos.

"We had found the Robinson Crusoe of our boyish days," the correspondent later wrote, "not on Juan Fernandez but on the shores of Lake Tahoe."

A few years later, Barter was once again tossed from his boat after a night of whiskey. His body was never recovered. A nearby summit, looming in the heart of Desolation Wilderness, was named Dick’s Peak in honor of the strange old sailor.

A photo caption in Tuesday's newsletter misstated the newspaper into which the Oakland Tribune was folded. It was the East Bay Times, not the East Bay Express.