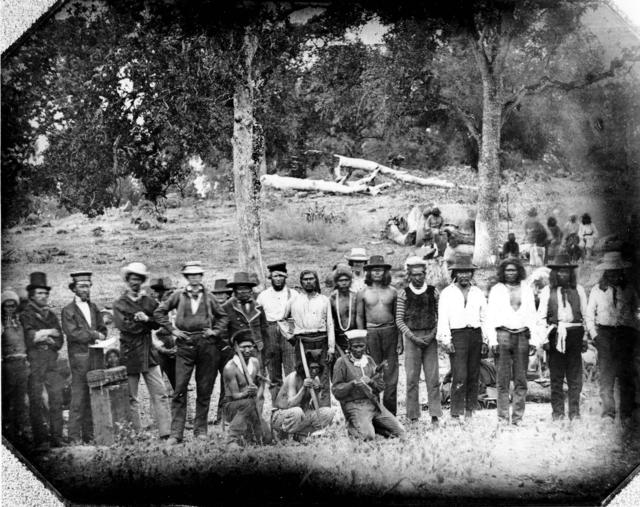 Tribal men with white officials at what became the Round Valley Reservation, circa 1858. Indigenous communities in California were torn from their ancestral lands and forced onto reservations.

Gov. Gavin Newsom issued an executive order apologizing on behalf of California for the state's history of violence toward Native Americans. California's tribal population fell from perhaps more than 300,000 to as little as 25,000 by the end of the 19th century, a result of disease, killing, and dispossession that some historians have labeled genocide. "To hear an apology like that today from the head of this state sets a new tone," a tribal leader said. "It does for me, on a personal level." L.A. Times | A.P.

Newsom agreed to sign a new bill to crack down on fraudulent vaccine exemptions after its scope was narrowed. Instead of requiring state approval for every medical exemption, the measure will target only those doctors who issue five or more exemptions in a year. Physician-approved exemptions have tripled statewide since California stopped allowing personal belief exemptions in 2016. S.F. Chronicle | Sacramento Bee

PG&E agreed to pay $1 billion to Paradise and other local governments in Northern California to compensate for losses resulting from wildfires sparked by the utility's equipment. Paradise's mayor said the settlement would allow the town to avoid a costly trial. "It's going to mean so much to the rebuilding and recovery of Paradise," she said. S.F. Chronicle | Bloomberg 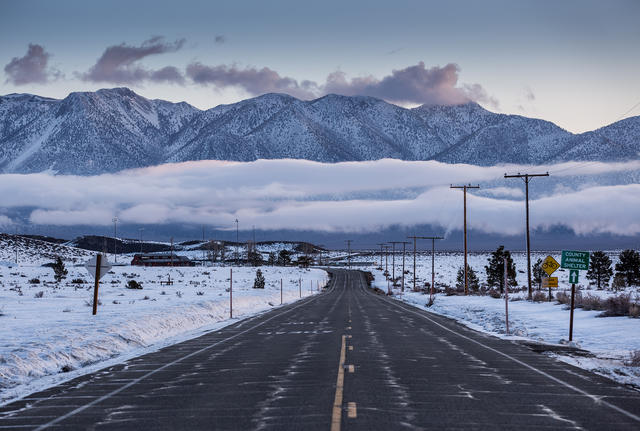 Heavy snow blanketed the Sierra near Mammoth Lakes on March 21.

After a historically wet winter, California is confronting an even greater threat of wildfire: "The soaking spring nourishing the Jeffrey pines and sagebrush is giving way to a desert dry as soaring heat scorches the new growth into blankets of kindling." Washington Post 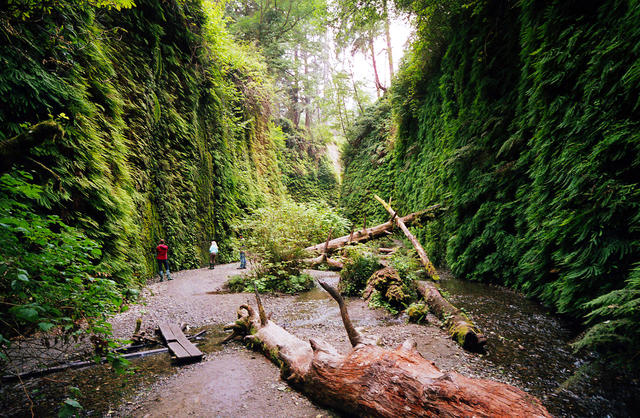 Outside named the best park in every U.S. state. In California, it was Redwood National and State Parks along the teeming North Coast. Aside from protecting nearly half of the world's tallest living things, they include 40 miles of wild coastline, California's only major undammed river, and one of the state's most exquisite natural walkways, Fern Canyon, pictured above. Outside | NPS.gov

Here are jaw-dropping pictures of a long-secret grove with several of the world's largest trees by volume. California Sun 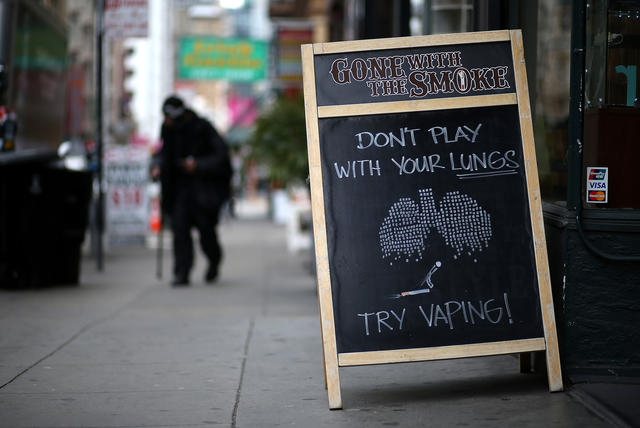 The Gone With The Smoke e-cigarette shop in San Francisco promoted vaping.

San Francisco leaders voted unanimously to become the first U.S. city to ban the sale of e-cigarettes, citing a "growing health epidemic of youth vaping." "I'm not going to put the profits of Big Tobacco over the health of young people," a co-author of the bill said. Juul, the San Francisco e-cigarette maker, is gathering signatures for a ballot measure that would override the ban. S.F. Chronicle | S.F. Examiner

Google said it would invest $1 billion to add 20,000 homes in the Bay Area. Tech giants have been blamed for fueling the region's affordability crisis by unleashing tens of thousands of affluent workers into the housing market, driving up prices. "As we work to build a more helpful Google, we know our responsibility to help starts at home,” wrote Sundar Pichai, Google's chief executive. KQED | Curbed San Francisco

USA Today did an analysis of teacher pay versus housing costs in almost every American metro area. Four of the nation's five least affordable cities for teachers were in Northern California. Leading the pack was Santa Cruz, where teachers need to surrender two-thirds of their salary to afford the median rent. San Jose, San Francisco, and Santa Rosa followed close behind. USA Today 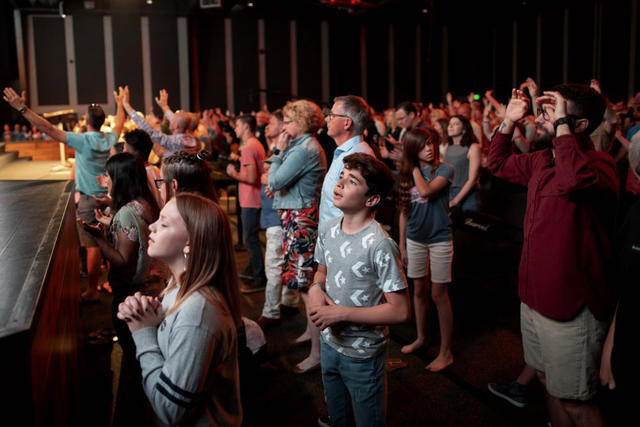 Congregants worshipped at Bethel Church in Redding on April 28.

Redding has become a new kind of Christian mecca, attracting pilgrims from around the world who want to be trained in a faith healing ministry known as Jesus Culture. The school at Redding’s Bethel Church now enrolls more international vocational students than any other school in America — by far. One practice: deploying groups of young believers onto the streets to search for strangers with ailments, then try to cure them through prayer and touch. It's called "treasure hunting." CALmatters/KQED 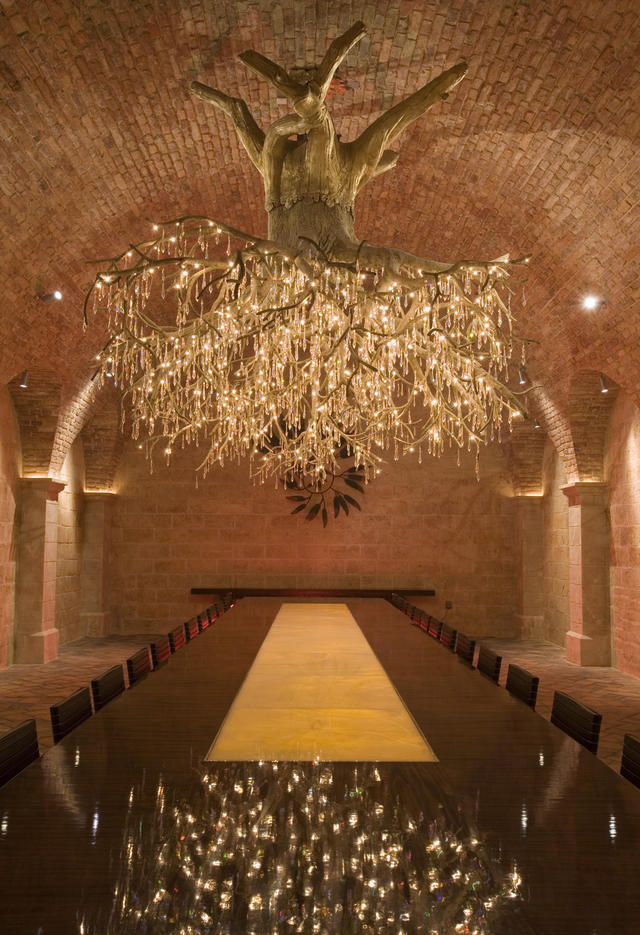 Among the most delightful ways to enjoy art is by sauntering through the estates of California's Wine Country. Wine Enthusiast ranked some of the world's best wineries for art lovers, including one scattered with dozens of giant sculptures by a who's who of contemporary artists. At another, tastings are held beneath a grapevine-inspired chandelier dangling with hundreds of Swarovski crystals, pictured above. Wine Enthusiast | Fodor's 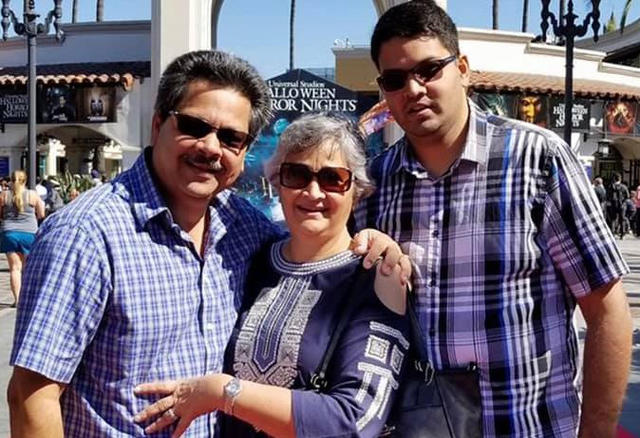 Kenneth French, right, with his parents Russell and Paola French at Universal Studios.

A man at a Riverside County Costco was mentally ill and off his medication when he pushed or slapped an off-duty police officer who fatally shot him and critically wounded his parents, said a lawyer for the man's family. The attorney said the man's father was trying to explain to the officer that his son, 32-year-old Kenneth French, had a mental disability when shots rang out. "He was not attacking him at the time the officer shot," he said. The family is demanding the officer's arrest. Press-Enterprise | L.A. Times

Los Angeles Unified School District voted to end a policy of randomly searching students with metal detectors. A coalition of students and activists had been lobbying the nation's second-largest school district to eliminate the decades-old practice for years. "Administrative random searches are incredibly invasive, dehumanizing and communicate to students that they are viewed not as promising minds but as criminals," a board member said. A.P. | L.A. Times 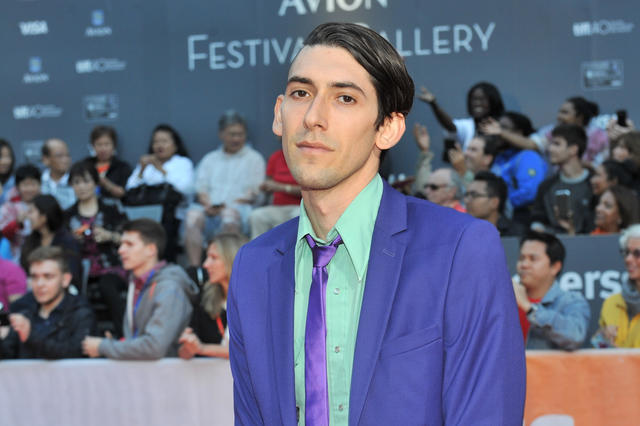 Max Landis at the Toronto International Film Festival in 2015.

Eight women accused Hollywood filmmaker Max Landis of a range of emotional, physical, and sexual abuse. One woman said she walked in on him raping her friend while she was passed out. Others said Landis, the son of filmmaker John Landis, used a friend group — dubbed "the Colour Society" — as a lure to draw in young people who just moved to Los Angeles. "I think he really does operate sort of as a cult leader," one woman said. Daily Beast 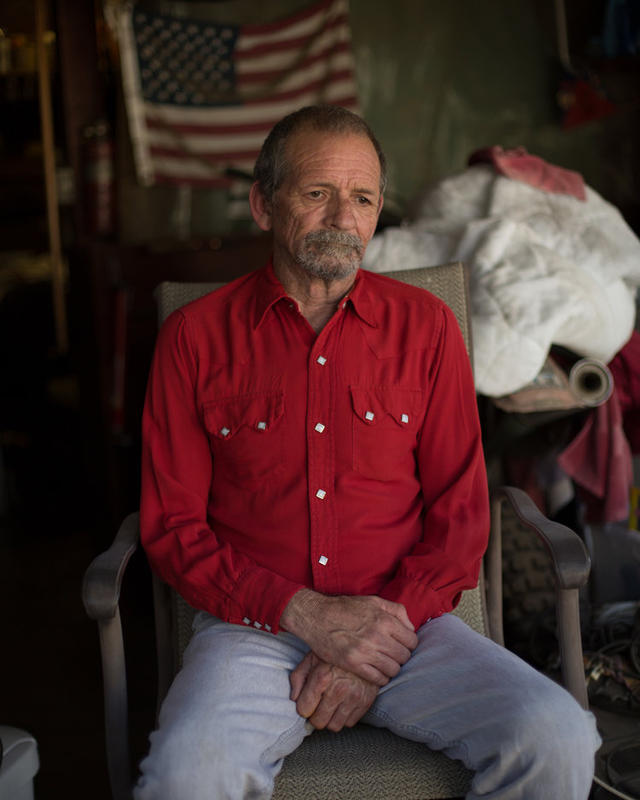 Kovi Konowiecki, a photographer from Long Beach, spent two years venturing out to the Mojave Desert, where he captured intimate images of the people carving out lives there. "Many of the individuals portrayed in my project do not have much agenda other than finding a way to get through the everyday and finding peace with their surroundings," he said. KoviKonowiecki.com | FotoRoom 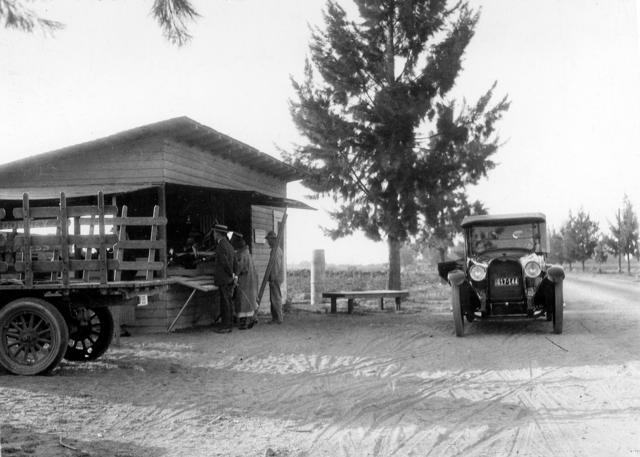 When Walter Knott opened his roadside stand in 1923, Orange County was still a land of citrus farms. He offered his raspberries and preserves to city folk on their way out to the beach. Later, he added an experimental berry that had been developed by Rudolph Boysen and later abandoned. Knott christened them boysenberries, and they turned his farm into a hit.

His wife opened a restaurant with fried chicken and warm berry pies that became wildly popular. Amusements were added, including a steaming volcano, a petrified tree stump, and a replica ghost town. Rides followed, and by the 1960s, Knott's Berry Farm was a farm in name only. Today, the Buena Park attraction draws more than 6 million people a year with 40 rides, standing out as California's most affordable theme park. Here are a couple collections of fantastic photos from the old days. LAist | KCET

The California Sun Podcast tells the state's story through interviews with its most fascinating thinkers and personalities. Listen and subscribe.