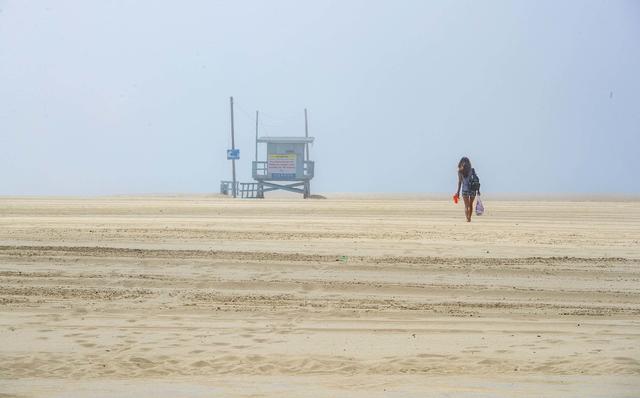 A woman walked along a deserted Venice Beach on Saturday.

After scolding beachgoers who crowded the shoreline in Orange and Ventura counties last weekend, Gov. Gavin Newsom informed police chiefs late Wednesday that he would close all beaches and state parks starting Friday. Until now, local officials have been making their own rules, leading to a patchwork of restrictions. Newsom's move is likely to draw intense opposition as pressure mounts to reopen the state. A.P. | Fox 11

"California isn't under one-party rule, it's under one-man rule."

As the pandemic largely sidelined the state Legislature, a power vacuum formed in Sacramento — and Newsom has been filling it. As of Monday, he had issued roughly 30 executive orders: shutting down businesses, altering court operations, increasing spending on homeless shelters, and more. L.A. Times

Initially praised for his decisiveness, Newsom has increasingly faced criticism for what the L.A. Times called his "impatient, and at times chaotic, governing style." 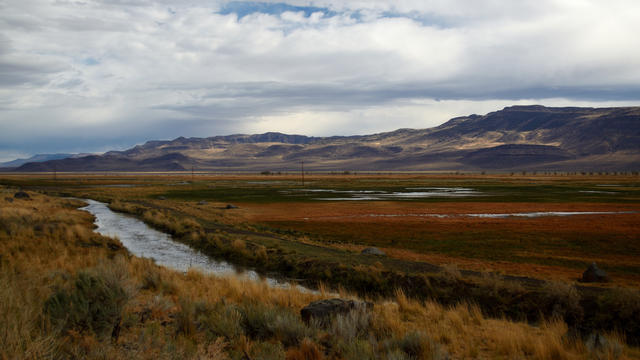 Surprise Valley in Modoc County, one of California's most sparsely populated counties.

As the rest of California hunkers down, one county is planning to become the first to reopen for business on Friday: Modoc County. The rural region tucked in the state's northeastern corner, population 9,686, has had no coronavirus cases. County officials said they sent Newsom a letter outlining their plans but had yet to hear back. They were moving ahead anyway. S.F. Chronicle | KRCR

Teachers and school leaders are not reacting favorably to Newsom's suggestion that the next school year could start in July. Some complained of learning about the dramatic proposal from a press briefing. If anything, others said, school should start later, not earlier. "It's insane," a union official said. "It's not safe to go back in July." Politico | A.P.

As of Monday, the CDC's coronavirus death toll for California was 1,017. But data from the agency suggests 4,500 additional deaths have occurred in the state in 2020 above what would be expected from historical averages — a difference of roughly 3,500. Experts say that means California's true coronavirus death toll is likely hundreds or thousands higher than official figures. L.A. Times 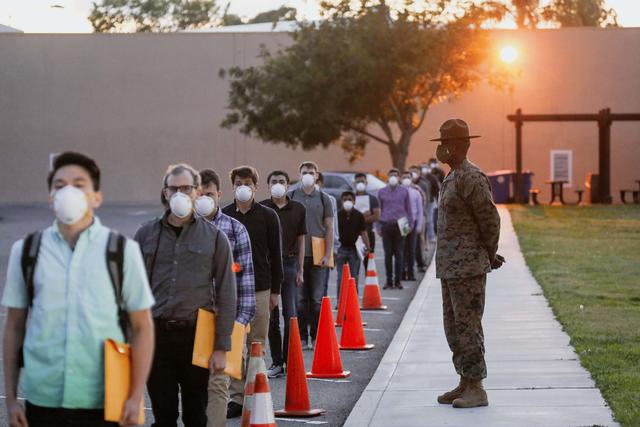 Marine recruits stood in formation at the Marine Corps Recruit Depot in San Diego on April 13.

Among the latest coronavirus outbreaks: 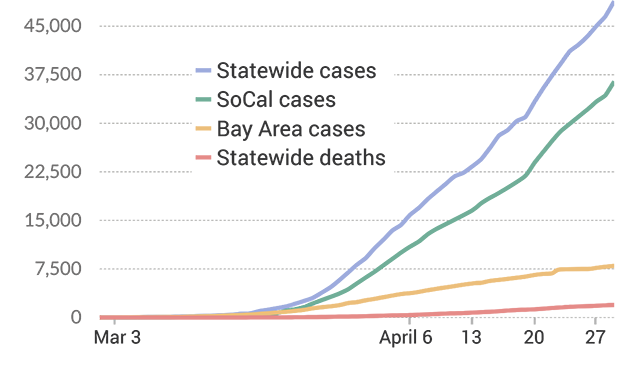 Los Angeles is now the first major American city to offer free coronavirus testing to all, even people with no symptoms. County residents can use the city-run sites too. Mayor Eric Garcetti encouraged everyone to do it. "We have the capacity so don't wait, don't wander, and don't risk infecting others," he said. CNN | LAist

You can schedule appointments here.

Elon Musk has established himself as a prominent voice of dissent on stay-at-home measures. He initially resisted efforts by the authorities to close his Fremont factory in March. On Wednesday, he used a Tesla earnings call to rail against lockdown orders, which he called "fascist." He added: "This is not democratic. This is not freedom. Give people back their goddamn freedom." Washington Post | The Verge 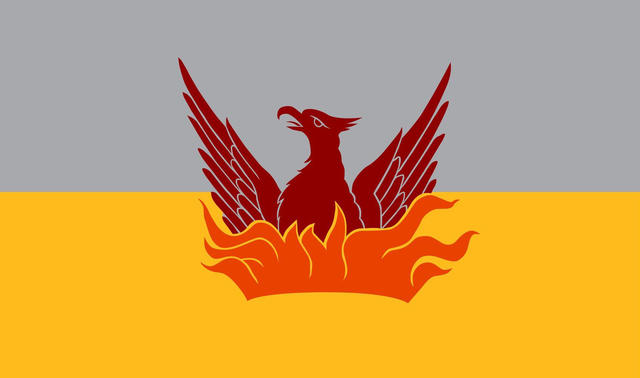 San Francisco has a city flag pretty much universally derided among vexillologists as a cluttered mess. With civic pride swelling in a time of crisis, something may finally be done about it. An unofficial revised flag, pictured above, is now flying in more than a dozen San Francisco neighborhoods and the creator has orders for 42 more. S.F. Chronicle

A scourge that California must deal with: ugly municipal flags. California Sun (2018)

Sen. Kamala Harris reacted on Twitter to a viral video showing a police officer in Sacramento County pinning a 14-year-old boy to the ground then punching him, calling it "a horrific abuse of power." The Rancho Cordova Police Department defended the use of force, saying the boy resisted arrest after a suspected drug or alcohol exchange. The boy was found, police said, to have stolen a cigar. Sacramento Bee | KTXL 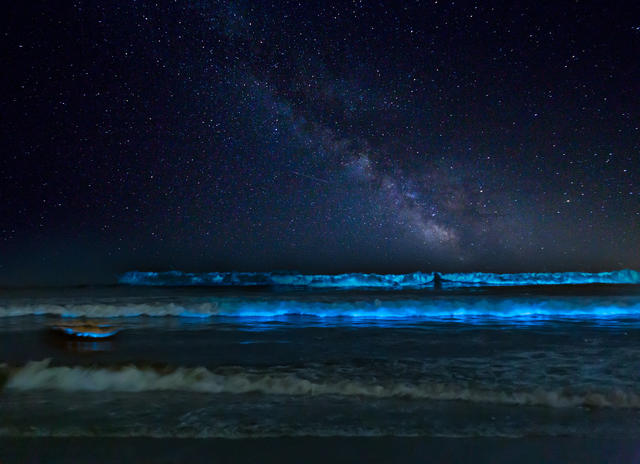 The Southern California coast is putting on one of nature's most dazzling nighttime shows right now: glowing aqua-colored waves caused by blooms of bioluminescent plankton. The California Sun curated 12 of the best photos captured over recent days by both professional and amateur photographers. California Sun