Californians rejected affirmative action, upholding a voter-approved law that has barred racial preferences in public education and employment for nearly a quarter century. Though the state's demographic and political complexion has shifted in that time, the voting margins in both ballot fights were similar. In 1996, 55% of the electorate voted to impose the ban. This time, roughly 56% voted to keep it in place. Politico | A.P. 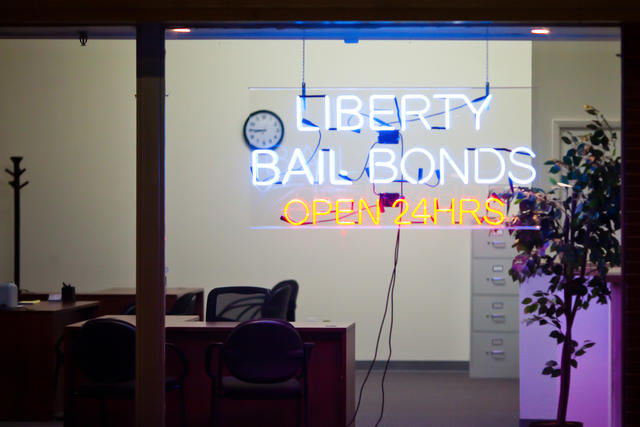 Liberty Bail Bonds in Fresno. The industry has been galvanized by challenges to cash bail.

Voters declined to put an end to cash bail, which critics say preys on poor people. The "No" campaign was spearheaded by the bail industry but drew unlikely support from defense lawyers and others worried about bias in the system that would replace bail: algorithms that predict a defendant's flight risk. Still, the bail debate isn't over. The California Supreme Court could have the final word. LA. Times | CalMatters

California already had the toughest digital privacy law in America. On Tuesday, voters approved a measure billed as an effort to plug up holes in the 2018 California Consumer Privacy Act, which gave Californians more control over the data held on them by data businesses. Some natural allies of Proposition 24, however, said the measure was riddled with its own problems. The Electronic Frontier Foundation, a digital rights group, declined to support it. A.P. | Bloomberg

Stung by their party's poor showing on Tuesday, centrist House Democrats have privately discussed throwing their support behind a challenger to Speaker Nancy Pelosi. They have their eye on one of the San Francisco Democrat's top lieutenants: Rep. Hakeem Jeffries of New York. “He bridges moderates and progressives better than anyone," one lawmaker said. "And most importantly, he’s not Nancy Pelosi.” The Hill 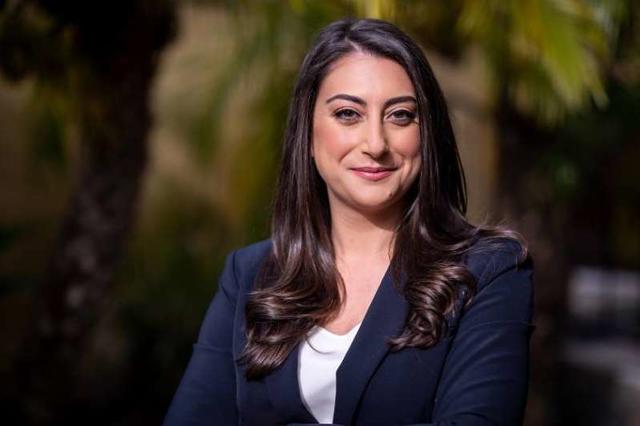 At 31, San Diego's Sara Jacobs will be the youngest Californian to serve in Congress. Jacobs defeated a fellow Democrat to take over the seat held by Rep. Susan Davis, who is retiring. "Kind of feels like college," Jacobs said. "I’ll be going to freshman orientation, picking my office room, staffing my office." S.D. Union-Tribune | KGTV 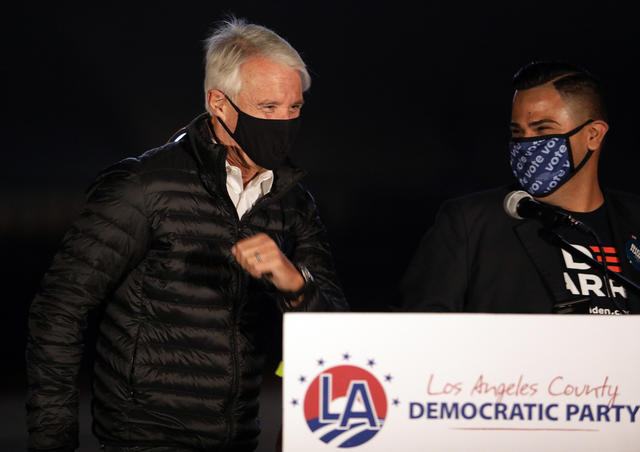 In what experts called the most important district attorney’s race in America, George Gascón appeared poised to defeat incumbent Jackie Lacey in Los Angeles County. Gascón, the former top prosecutor in San Francisco, represents a wave of reform-minded prosecutors who aim to reduce incarceration rates. Most news outlets had not yet called the race, but activists still hit the streets to celebrate. NBC Los Angeles | L.A. Daily News

The men who ruled Los Angeles County's Board of Supervisors were once nicknamed the "five little kings." Times have changed. On Wednesday, results showed state Sen. Holly Mitchell had won her race to fill an open board seat. Now, for the first time in the board's 150-year history, the powerful five-member board will be all women. L.A. Times | CBSLA

Democrats appeared to have taken control of the San Diego County Board of Supervisors for the first time in at least a generation. The Republican governance of the county, California's second largest, has long prized fiscal restraint. The new Democratic bloc plans to dip into $2.4 billion of reserves for investments in homeless services and drug treatment. Voice of San Diego | San Diego Union-Tribune 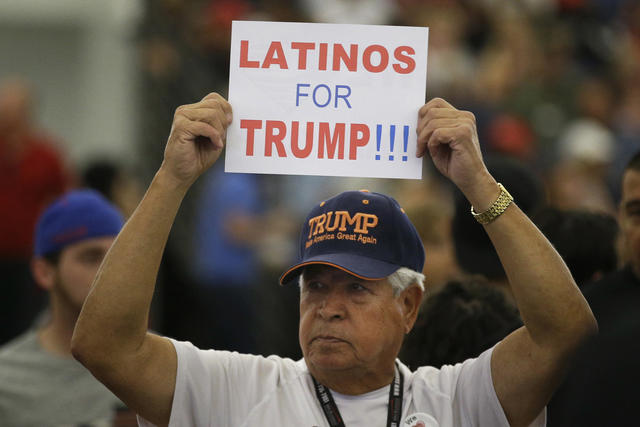 A Trump supporter in Anaheim in 2016.

President Trump didn't just hold onto his Latino support from 2016, he built on it. Liberal pundits have been aghast, wrote the columnist Gustavo Arellano. But they shouldn't be. "None of this is new, and I’m frankly getting bored of having to explain Latino conservatives every election cycle." L.A. Times 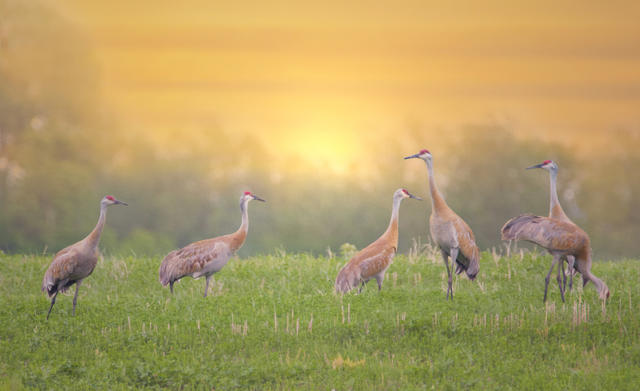 Sandhill cranes are stars of the Pacific Flyway migrations.

It’s that time of year when California hosts what the outdoors writer Tom Stienstra has called “the greatest aerial show on Earth,” as millions of migratory birds travel south down the Pacific Flyway in search of food for the winter.

Along the way, they make pit stops in the wetlands of California. First come the shorebirds like avocets and sandpipers. Then it’s the warblers, orioles, and flocks of waterfowl such as geese and ducks.

The most majestic creature of all may be the long-legged sandhill cranes. An ancient species with a fossil record of 2.5 million years, the bird is often likened to a raptor: standing up to four feet tall with a wingspan of seven feet.

You can see them right now at nature reserves in Merced, Lodi, just west of Modesto, and along the Cosumnes River near Elk Grove. If you're lucky, they'll perform one of their spirited courtship dances, forming pair bonds that last for life.

Check out this map with updated sandhill crane sightings across California. 👉 Sandhillfinder

— This entry was written by Meg Bernhard, a journalist from California.