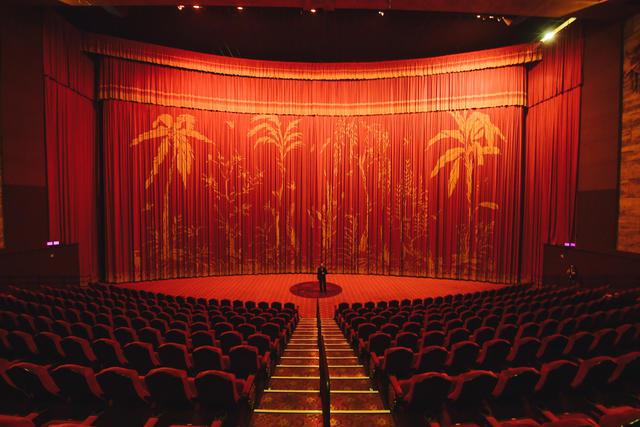 The TCL Chinese Theatre in Los Angeles celebrated its 93rd birthday on Monday. The tourist attraction has been closed since early March.

With hospitalizations on the decline and testing on the rise, Gov. Gavin Newsom on Monday significantly relaxed the state's reopening criteria. It meant that by early June all but five California counties could resume in-restaurant dining, hairstyling appointments, and religious services, among other activities. "Bottom line is: People can go at their own pace, and we are empowering our local health directors and county officials that understand their local communities and conditions," Newsom said. A.P. | S.F. Chronicle | CalMatters

Newsom didn't name the five counties but he indicated Tulare, Kings, and Los Angeles counties were among them. Visalia Times-Delta

Despite pleas from health officials to wait, one of California's largest tribal casinos reopened on Monday — and hundreds of people queued up to get in. Viejas Casino was the first of three popular casinos in the San Diego area expected to open this week. Every other slot machine was turned off to create distance. "We're not in agreement," a county official said, "but we do not have the jurisdiction." A.P. | S.D. Union-Tribune 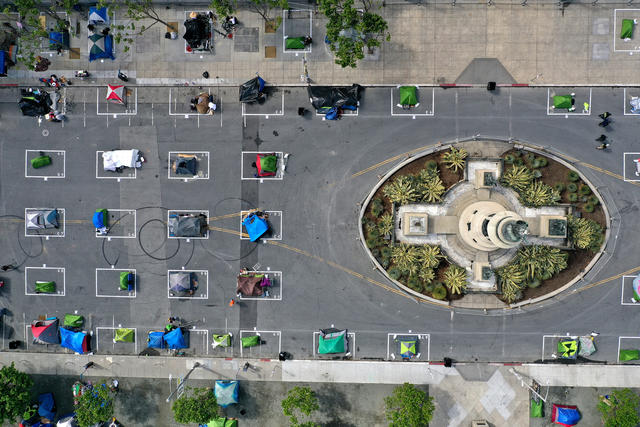 A view of San Francisco's first temporary sanctioned encampment for the homeless on Monday.

Two straight days without a coronavirus death in the Bay Area, an outbreak at Chino women's prison, and four L.A. County children diagnosed with a rare inflammatory condition linked to Covid. Here are the latest California coronavirus totals, as tracked by the S.F. Chronicle:

J Farr, a 28-year-old living in near isolation in Olympia, Wash., perked up when he heard from a friend about barber shops reopening in Yuba City, north of Sacramento. He got in his car and drove more than 600 miles to get a fade with a quarter inch off the top. Turns out a lot of people have been driving for hours to visit salons in Sutter and Yuba counties. L.A. Times

Take a trip inside the hidden world of underground haircuts in Los Angeles. LAist 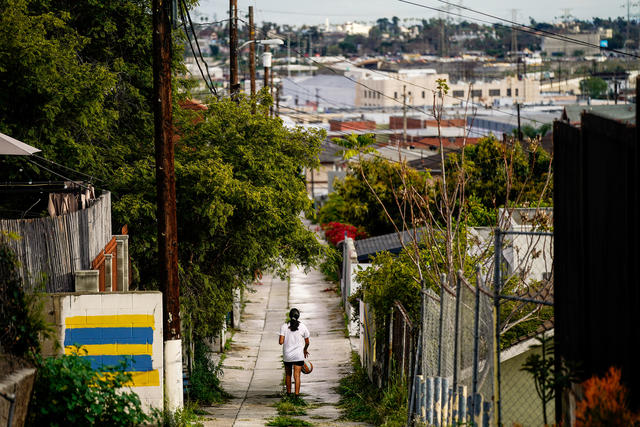 A young basketball player dribbled along an alley through an Elysian Park neighborhood on April 10.

"I don't know if I've ever felt this pessimistic about the homelessness crisis." — Councilman Mike Bonin

"I think you'll see a lot of young cooks find a lane for themselves because the traditional restaurant model may not work anymore." — Roy Choi

"It's an extinction event for your little neighborhood bistro but a huge business opportunity for the wealthy to come in and clean up." — Mike Davis

Some of Los Angeles's most thoughtful people opened up about the future of the city. Los Angeles Magazine

Here's a haunting tour of Los Angeles in the time of Covid-19. YouTube (~4 mins)

The N.Y. Times published a fascinating account of how Facebook CEO Mark Zuckerberg was jolted by the 2016 U.S. election to tighten his grip over the colossal social network. One outcome: "an effective sidelining of Sheryl Sandberg, his chief operating officer and the most high-profile woman in technology." N.Y. Times 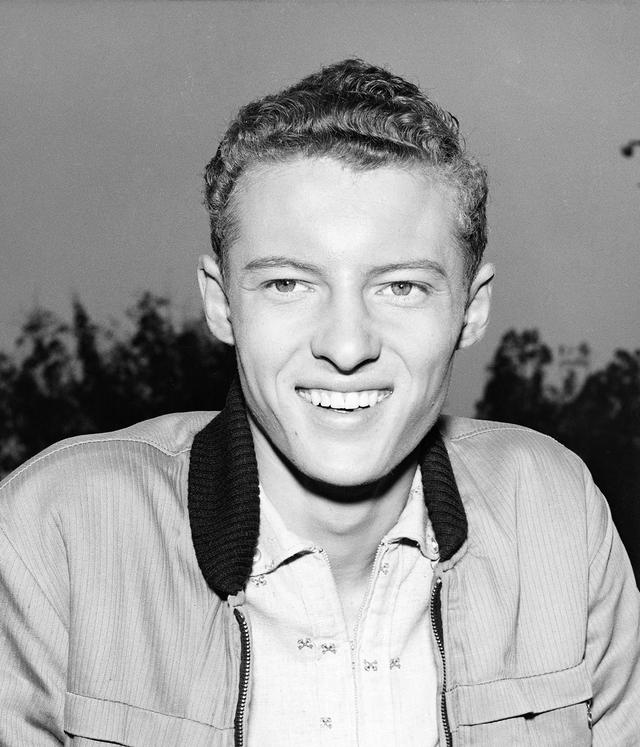 Ken Osmond when he was a star of “Leave It to Beaver."

Born in Glendale, the actor was best known for portraying the troublemaker Eddie Haskell on "Leave It to Beaver." But Osmond was typecast by the role and struggled to get additional work. So in 1970 he joined the LAPD, where he worked 14 years with stints in vice and narcotics. He left the force as a result of depression, he said, brought on after being shot in the chest by a suspected car thief. Variety | N.Y. Times

A Northern California animal sanctuary chartered two private planes to rescue 1,000 hens from a struggling Iowa egg farm that planned to euthanize them. The driving, loading, and flights amounted to "the most exhausting experience I've ever had," one of the rescuers said. Now at the sanctuary in Grass Valley, the hens will be made available for adoption. CNN 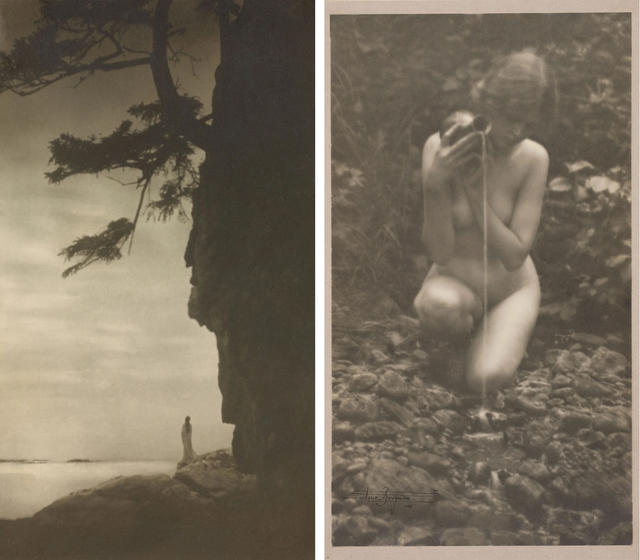 "Infinitude," left, and "The Source."

More than 100 years ago, Anne Brigman would lug heavy camera equipment in the Sierra Nevada and capture images of female nudes in natural landscapes. The largely forgotten work is spectacular, a critic wrote, and it was meant to enjoy a revival as part of traveling gallery show, now thwarted by the pandemic. "It's difficult to measure exactly where the loss of a single art exhibition registers on this year's unfurling ledgers of terror," Sarah Blackwood wrote. "Yet I confess to taking this one hard." New Yorker

It's that time of year when Southern California erupts in flaming purple, otherwise known as jacaranda season. Native to South America, the colorful trees were planted in earnest a century ago to bring color to boulevards from San Diego to Santa Barbara. The novelist Vladimir Nabokov is said to have claimed that he could live in Los Angeles simply for the jacarandas. LAist | Los Angeles Magazine

Below, photographers shared recent views from L.A. and Orange counties with the Sun. 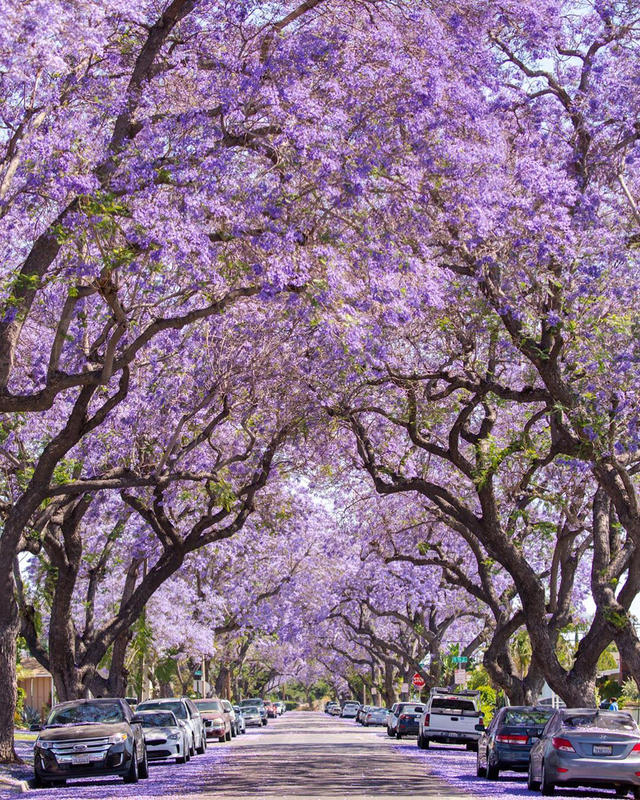 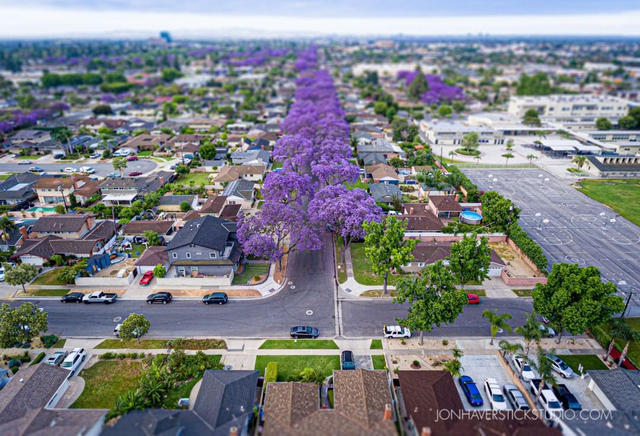 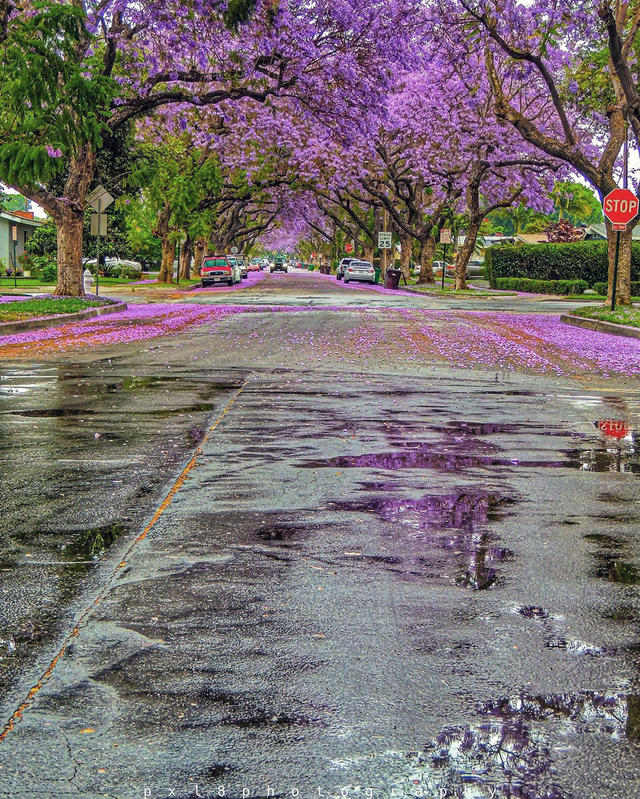 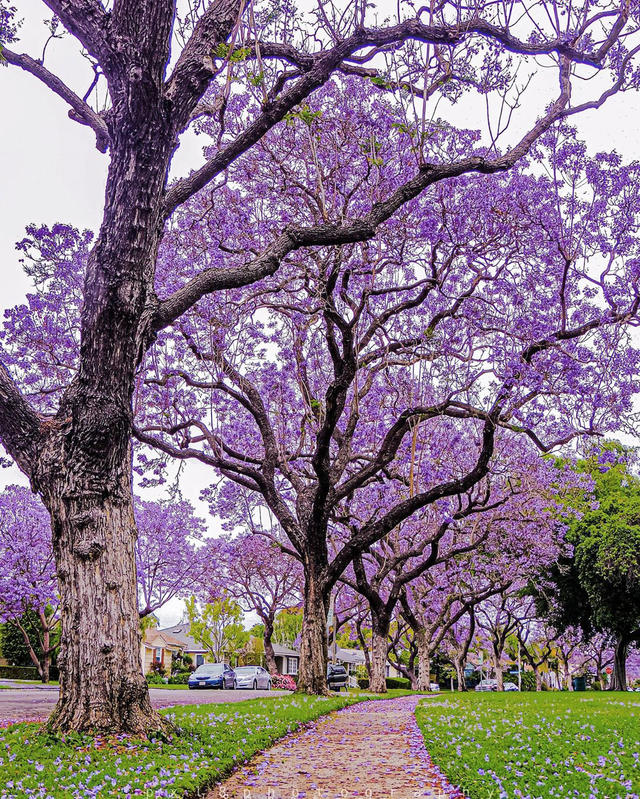 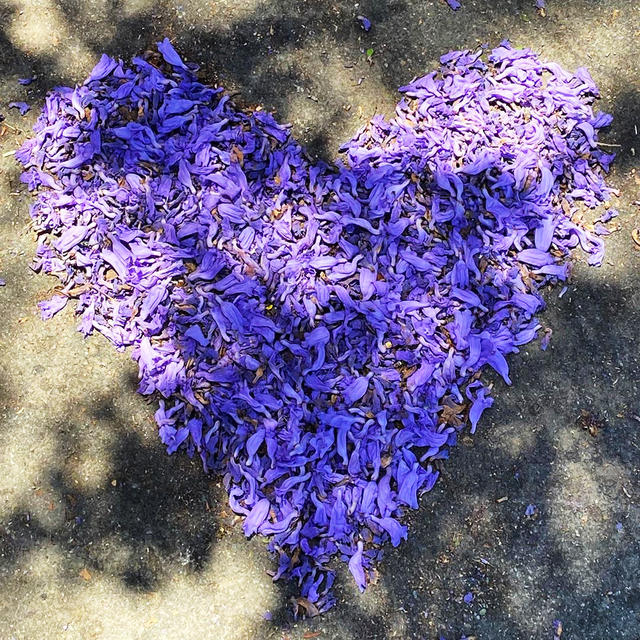