California voters narrowly approved Proposition 14, which will pump $5.5 billion into the state's stem cell research program. In 2004, voters approved a $3 billion measure creating the agency. Sixteen years later, it has yet to yield marquee cures for afflictions such as Alzheimer’s, Parkinson’s, diabetes, or cancer. But scientists have urged patience — these things take decades, they say, not years. A.P. | KQED

All 12 state propositions have now been decided. CalMatters 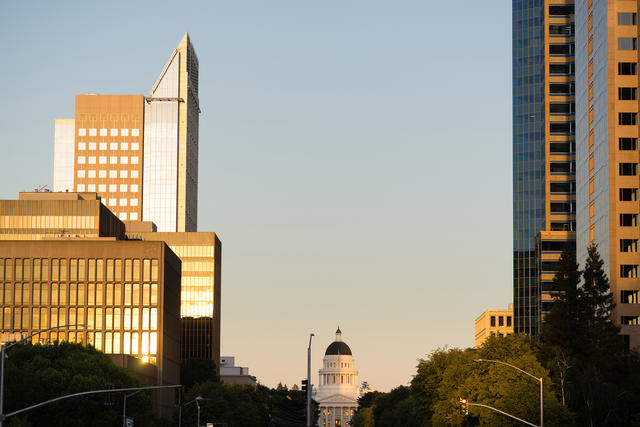 The state Capitol in Sacramento.

“Who knew California could be more blue?”

Republicans were already pretty much irrelevant in Sacramento, but Nov. 3 has underscored that reality. Democrats in both houses of the State Legislature entered the election with a supermajority, meaning they can pass most legislation without Republican help. After flipping seats, the state Senate is now poised to have the most Democrats since 1883. Of 40 seats, their share could grow from 29 to 32. L.A. Times

Bounchan Keola, an inmate firefighter, was critically injured while battling a blaze near Redding in October. He was later released after completing his sentence for second-degree attempted murder. Then he was immediately transferred to Immigration and Customs Enforcement. Now he faces deportation to Laos, a country his family fled when he was a small child. The Guardian | S.F. Chronicle 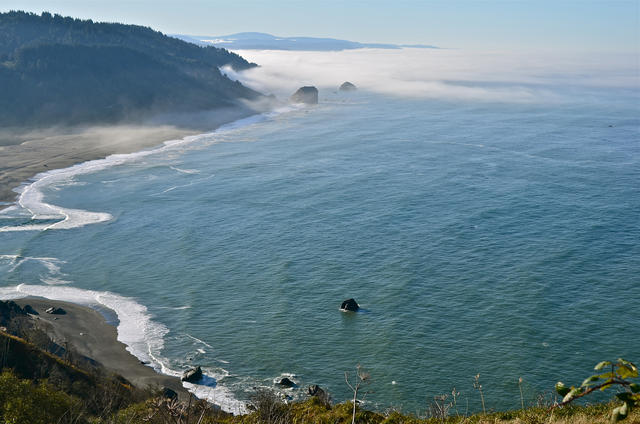 The mouth of the Klamath River is expected to provide food and roosting habitat for the condors.

The Yurok Tribe is on the eve of restoring California Condors to their historic range, which overlaps with the tribe's ancestral lands along the Klamath River. A partnership of more than a dozen governmental, private, and nonprofit groups, the program will mark the end of a long wait — more than a century since the majestic birds soared across Northern California skies. Audubon

In 2020, Elon Musk became the third-richest man alive, SpaceX launched two astronauts into orbit, and Tesla became the most valuable car company in the world. A Vanity Fair profile has some revealing tidbits about a person it calls "Silicon Valley’s most vainglorious villain":

The Warriors are working on a plan to test spectators for the coronavirus before home games during the upcoming NBA season, which begins Dec. 22. It could mean about 9,000 fans in the seats. An epidemiologist said it's a solid plan. “If we were just doing social distancing and masking in a crappy old gym, like the Cow Palace, this would be a recipe for disaster," he said. "But it’s a state-of-the-art building with state-of-the-art ventilation, which they can control." S.F. Chronicle 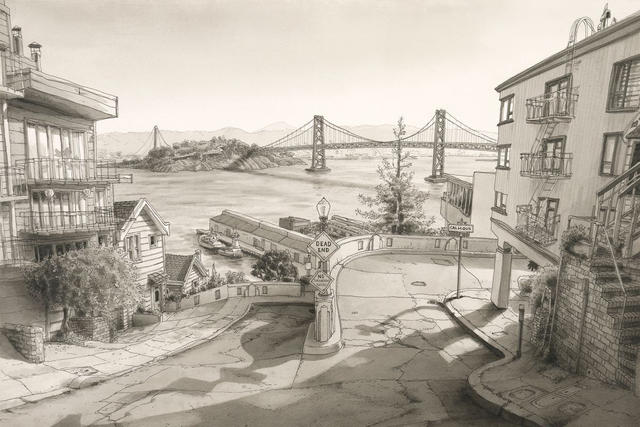 An illustration from the new book "Spirits of San Francisco."

On this week's California Sun Podcast, host Jeff Schechtman chats with columnist Gary Kamiya and artist Paul Madonna about their new illustrated book "Spirits of San Francisco: Voyages Through the Unknown City." New York is a human hive, Kamiya wrote in the book's preface. But the pandemic has highlighted what makes San Francisco different: its topography. "The sublime terrain tends to swallow up everything else, including people," he wrote. "The hills, the bay, the sky, the sea are constantly overpowering the human one here." 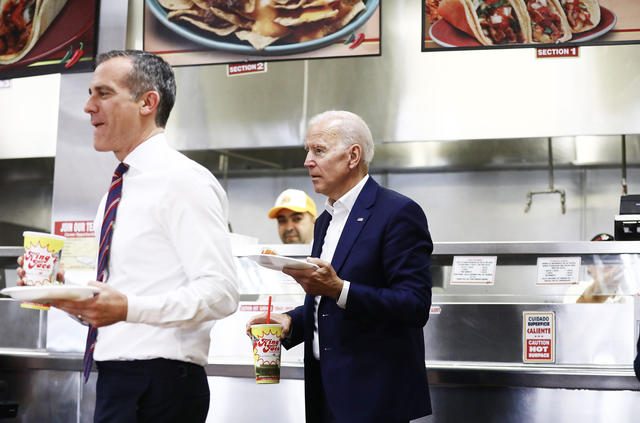 In 2018, Los Angeles Mayor Eric Garcetti was riding high. Tourism was soaring and the popular mayor was pitching himself as a possible presidential contender. Flash forward two years and tourism has dried up, businesses are dying, and homelessness is rampant. Yet even with the city in crisis, Garcetti may seek a role in a Biden administration. “It’s risky,” one analyst said. “It’ll look like he’s abandoning ship." L.A. Times

Middle and high school teachers in Burbank were informed that they could not teach “To Kill a Mockingbird,” “The Adventures of Huckleberry Finn,” “Of Mice and Men,” and other books after parents complained that they harmed Black students. The ban, which is under review, has drawn howls of protest from teachers, students, and free speech groups. L.A. Times 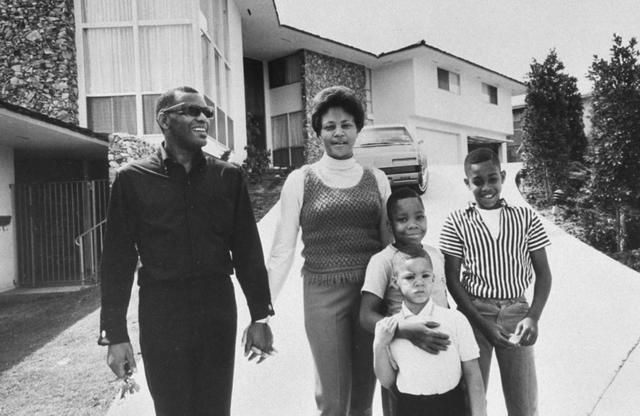 Ray Charles with his wife and sons at their Los Angeles home in 1966.

Ray Charles lived in Los Angeles, settling in the View Park neighborhood — known in its heyday as the “black Beverly Hills” — and recording at his own private studio near downtown. In 1966, LIFE sent photographer Bill Ray to spend a month with Charles as he was recovering from longtime heroin use. LIFE.com dug up photos from the series, including some that never ran in the magazine, showing Charles at the height of his powers as he moved between family life, the studio, and the road. LIFE.com

In Death Valley, autumn brings pleasant temperatures and clear skies. In a weekend road trip from Los Angeles, you could visit the rust-colored cliffs of Red Rock Canyon State Park, the alien-like spires of Trona, the silky sands of Mesquite Flat Dunes, the golden badlands of Zabriskie Point, and the surreal salt polygons of Badwater Basin. Visit California has the itinerary.

Below, a sampling of views. 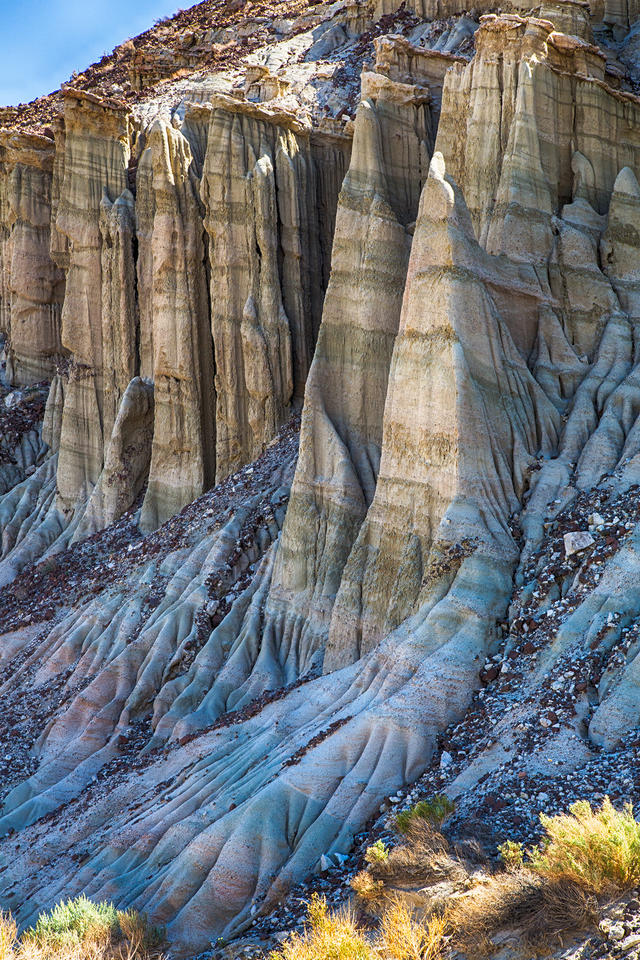 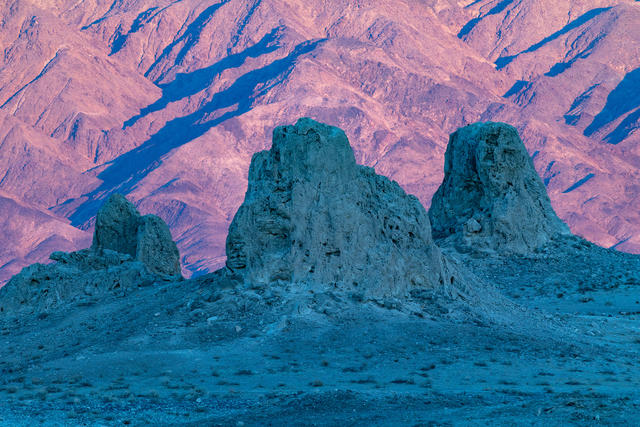 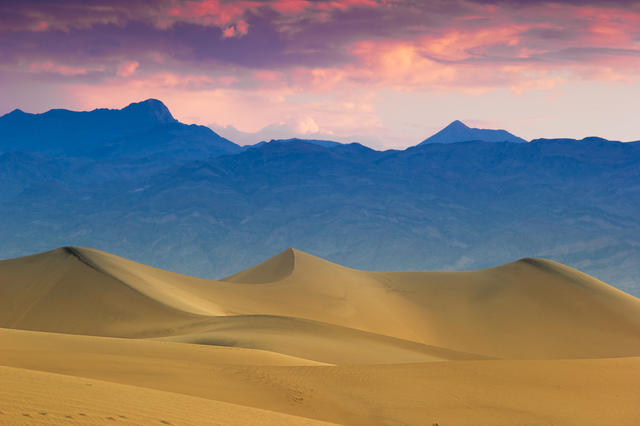 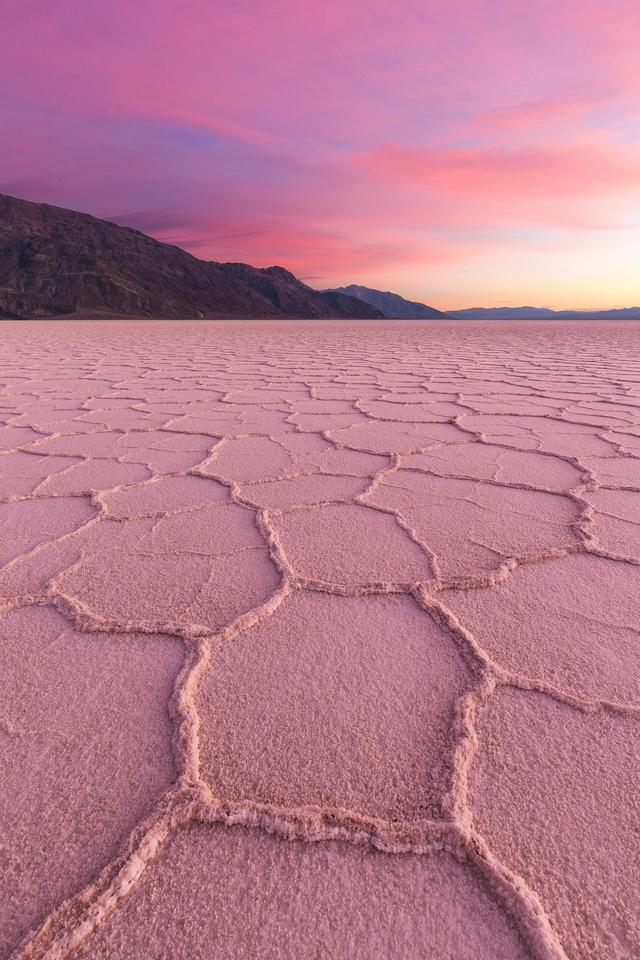 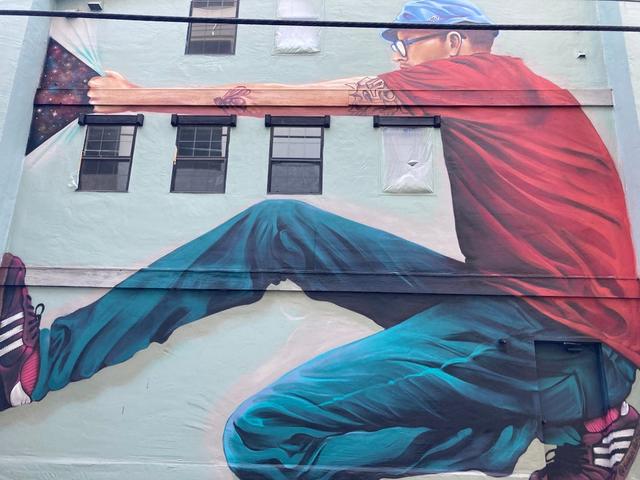 A new mural by Shaun Burner in Sacramento.