President Trump was said to be enraged after four automakers reached a voluntary agreement with California to reduce tailpipe emissions. Now his Justice Department has opened an antitrust inquiry against Ford, Honda, BMW, and Volkswagen on the grounds that the deal could limit consumer choice. California officials called it a political hit. N.Y. Times | Reuters

N.Y. Times editorial board: "Not content to fiddle while the planet burns, Mr. Trump is fanning the flames." 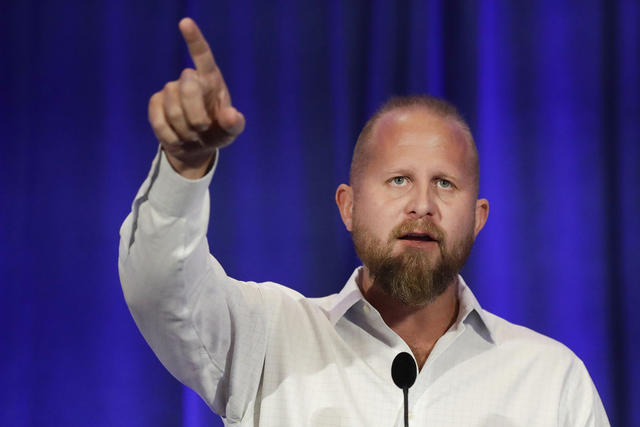 Brad Parscale spoke during the California Republican convention in Indian Wells on Saturday.

The California Republican Party held its fall gathering in the Coachella Valley, where they approved a rule that would allow the party to send delegates to the GOP's national convention even if President Trump is kept off the state ballot. The move is in response to a California law requiring presidential candidates release their tax returns. A.P. | The Hill

Brad Parscale, Trump's campaign manager, said California would be a lynchpin in "the fight for the future of this country." He offered a prediction: "The Trumps will be a dynasty that lasts for decades." Politico | N.Y. Times

Thanks to favorable pension formulas, some former public employees in California are making more in retirement than they did on the job. San Francisco's retired fire chief is drawing $311,560 a year. If Alameda County's top bureaucrat retired today, her pension would be more than $500,000 a year. California's total pension debt? More than $1 trillion, or about $80,000 per household. S.F. Chronicle 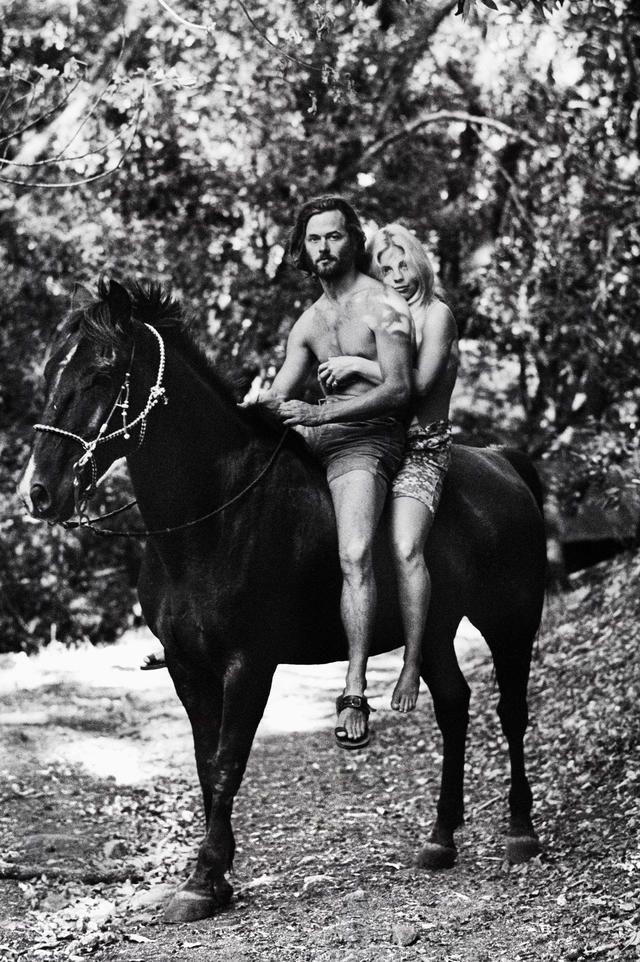 In 1968, East Coast photographer Dennis Stock took a roadtrip through California. His images were published in the 99-page volume "California Trip," which captured the peak of California's counterculture. Now a New York publisher is reissuing the book. Fifty years later, its introduction still resonates: "Our future is being determined in the lab out West." Washington Post | Artsy 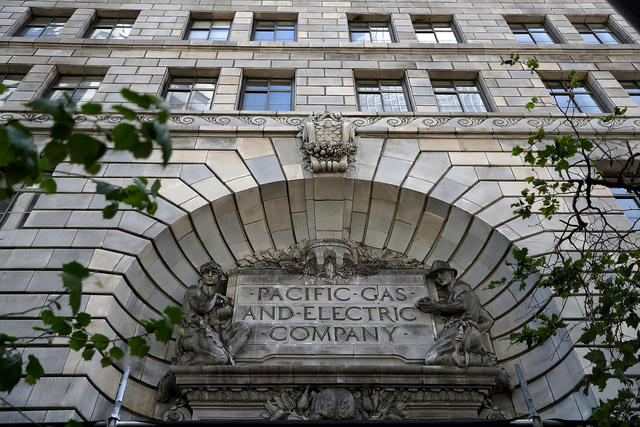 PG&E's headquarters is based in San Francisco.

San Francisco offered to buy PG&E's power lines in the city for $2.5 billion in a major escalation of its bid to create a municipal utility. PG&E would lose hundreds of thousands of customers. But it would get a cash infusion as it faces billions of dollars in wildfire-related liabilities. "That's part of what we think will be attractive to PG&E about this offer," a city official said. KQED | S.F. Chronicle

After years of anticipation, it's looking more and more like Sacramento will get a Major League Soccer team. Sources told the Sacramento Bee that the city had agreed with soccer officials on a deal framework that would deliver an expansion franchise in 2022. "I've never been more confident," the mayor tweeted. Sacramento Bee 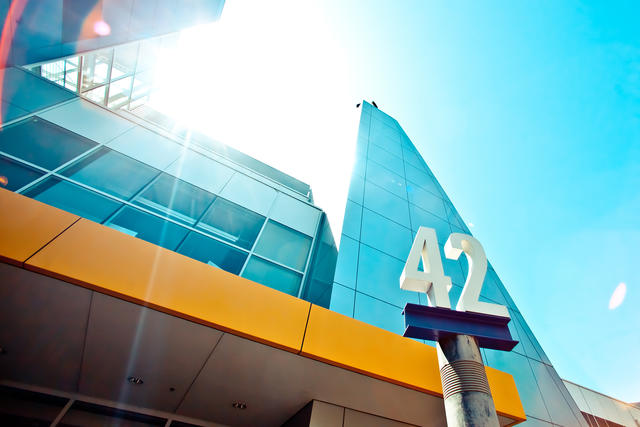 The Googleplex in Mountain View. Big tech's dominance has been increasingly worrisome to regulators.

In a rare show of unity, America's fiercely partisan politicians are going after Silicon Valley. On Monday, a coalition of more than half of the nation's state attorneys general is expected to announce a massive antitrust investigation into Google's business practices. A separate antitrust investigation is already scrutinizing Facebook. "They need to be regulated," Minnesota's attorney general said. Washington Post | N.Y. Times 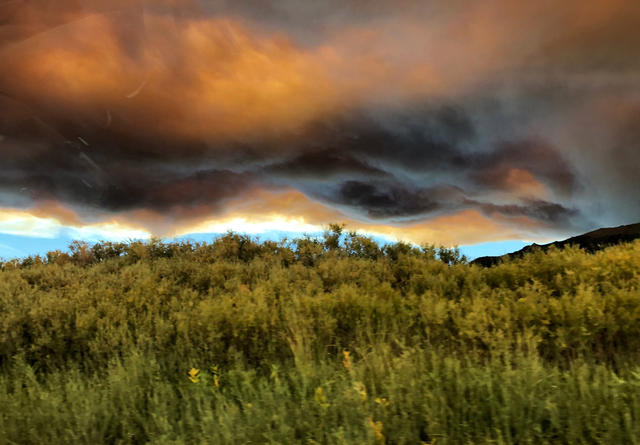 Smoke billowed from the Walker Fire south of Susanville on Friday.

A fire raging in the Plumas National Forest grew to 60 square miles over the weekend, making it the largest wildfire in California this year. Rural communities scattered across the region had been issued evacuation orders, but no structures were so far reported lost. Fire officials said erratic winds were thwarting efforts to contain the blaze. S.F. Chronicle | Plumas News 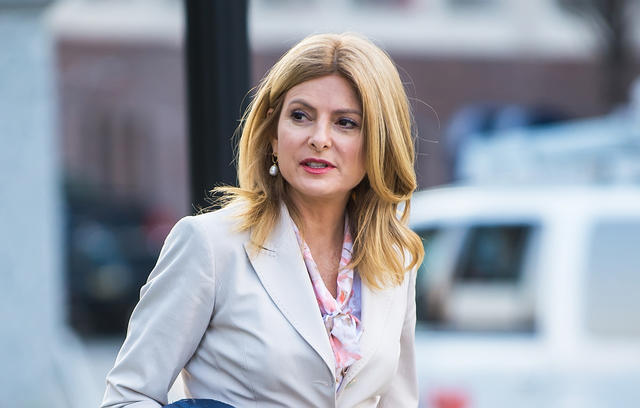 Los Angeles lawyer Lisa Bloom has been a prominent victims' rights attorney. Yet she worked behind the scenes to help Harvey Weinstein thwart his accusers. In a stunning memo obtained by the N.Y. Times, Bloom offered to help to tarnish the reputation of actress Rose McGowan, who accused Weinstein of rape.

"I feel equipped to help you against the Roses of the world, because I have represented so many of them," Bloom wrote. She added: "We can place an article re her becoming increasingly unglued, so that when someone Googles her this is what pops up and she's discredited." N.Y. Times | Hollywood Reporter

McGowan called for Bloom to be disbarred: "Her email is staggering. Staggering." Variety

Agents from the FBI and other law enforcement agencies served warrants at the Santa Barbara headquarters of Truth Aquatics, the owner of the boat that caught fire off Santa Cruz Island and killed 34 people. Sources have told the L.A. Times that investigators were interested in the boat's lack of a "roaming night watchman" whose job is to alert passengers in the event of a fire or other dangers. L.A. Times | A.P.

The L.A. Times has continued to assemble the stories of the victims. They include students, athletes, immigrants, and scientists, all united by a love of adventure. L.A. Times

In a letter seeking leniency from a judge, actress Felicity Huffman gave her most detailed explanation for why she paid a proctor to boost her daughter's SAT score. "In my desperation to be a good mother," she wrote, "I talked myself into believing that all I was doing was giving my daughter a fair shot." Prosecutors wrote their own letter: "All parents want to help their kids get ahead, yet most manage to steer clear of conspiracy, bribery and fraud." L.A. Times | L.A. Magazine 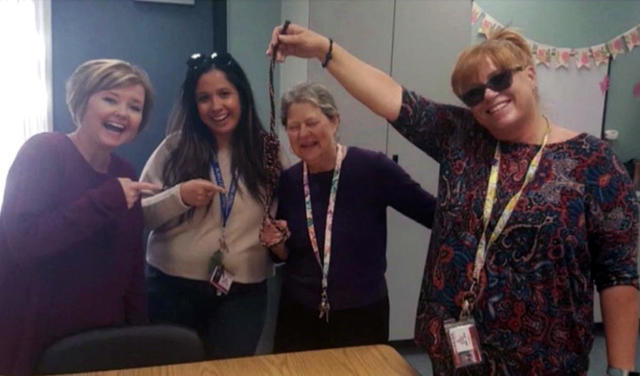 How did four grinning elementary school teachers end up posing with a noose? They were joking around without knowing the significance of the noose as a symbol of racism, they explained to an investigator. The teachers from Palmdale School District said things like "hang in there until summer" and "we've reached the end of our rope" before snapping the picture, which set off outrage on social media. The investigator concluded that the actions were "ignorant." L.A. Times | Antelope Valley Press

This week, the California Highway Patrol will place officers on school buses in San Bernardino to catch motorists who illegally pass the buses when they are stopped. Surveys have found staggering numbers of drivers flouting rules against passing stopped buses. Press-Enterprise | A.P. 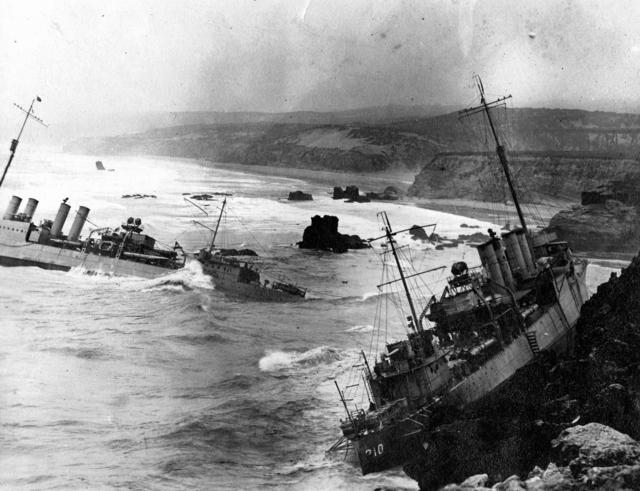 Navy destroyers ran aground off the Santa Barbara County coast on Sept. 8, 1923.

Over the centuries, hundreds of ships have been swallowed in the maw of California's jagged coast. It was on this week in 1923 that one of the worst disasters unfolded as seven U.S. Navy destroyers ran aground along the Santa Barbara County coast. Twenty-three sailors lost their lives.

The ships were convoying in a column from San Francisco to San Diego as night fell on Sept. 8, 1923. The fog was thick and the sea rough. Relying on compass and speed, officers calculated erroneously that they were south of the jutting rocks at Honda Point. Just before 9 p.m., the flagship Delphy swung east toward what was believed to be the Santa Barbara Channel, ramming full speed into destruction. Six other ships piled up in her wake. 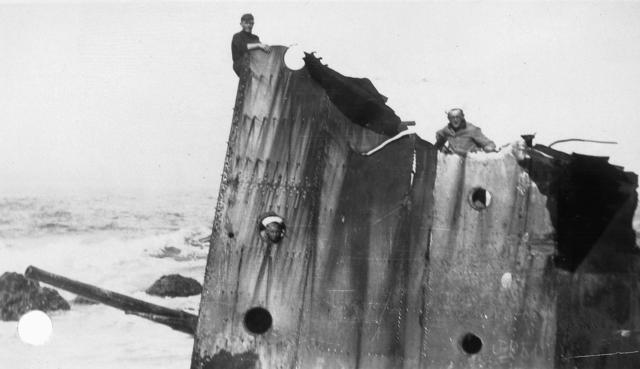 A remnant of a wrecked destroyer rose from the surf.

The Honda Point disaster, as it became known, was the largest-ever peacetime loss of naval ships. The commanders of the wrecked ships were court-martialed. On the stand, Commander William Calhoun sobbed over the dead: "I say that many of them were but boys of 17 and 18, who, facing certain death, carried out absolutely every order without flinching."

In the end, it was the leader of the squadron, Captain Edward H. Watson, who shouldered the blame for the disaster. He was stripped of his seniority. However, some observers, including within the Navy, felt Watson too was a victim of the true culprit: The malevolent California coast. Vintage News | L.A. Times

The newsletter will pause this Friday and the following Monday. I'll be presenting at a journalism conference in New Orleans.