It's not unheard of for voters in solidly Democratic states to elect Republican governors, as they have in Vermont, Massachusetts, and Maryland. That might be encouraging to Republicans vying to replace Gov. Gavin Newsom in the September recall election. But California's candidates are different. While the East Coast governors all emphatically distanced themselves from Donald Trump, the leading Republican candidates in California have supported or have ties to the former president, who is wildly unpopular outside his conservative base. A.P.

Interviews with potential voters found that many were aware of the recall but hadn't yet formed an opinion. A.P. 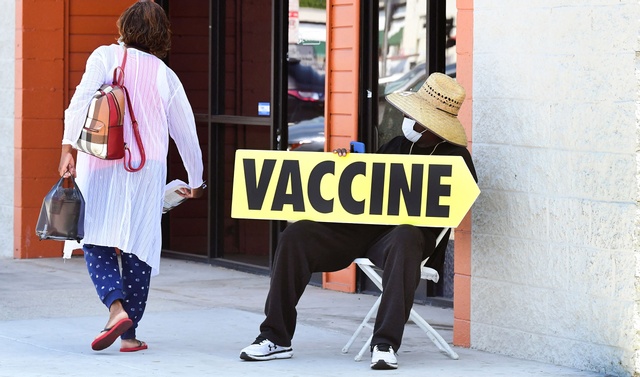 A man directed people to a mobile vaccination clinic in Los Angeles on July 16.

Patience with the unvaccinated is wearing thin in California. A few recent editorials:

A hiker was killed in a lightning strike near the John Muir Trail in the Sierra Nevada on Friday, authorities said. Nicholas Torchia, 37, of Fresno, had taken cover from a thunderstorm under a tree when the bolt hit, sheriff’s spokesman Tony Botti said. A doctor and nurse who happened to be nearby administered CPR, but couldn't revive him, Botti said. There have been just 14 reported lightning deaths in California between 1950 and this April. Fresno Bee | A.P. 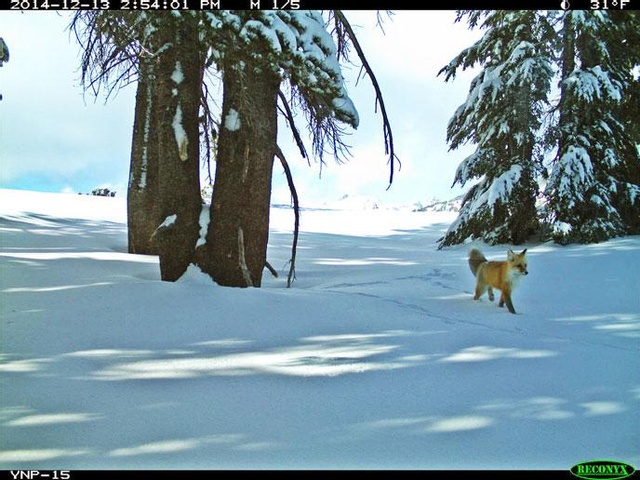 The Sierra Nevada red fox, one of the rarest animals in California, was thought to be wiped out from its namesake home until 2010, when a motion-sensor camera caught pictures of one. Wildlife officials now estimate that there are just 40 of the bushy-tailed animals in an area stretching from Lake Tahoe to Yosemite. On Monday, the U.S. Fish and Wildlife Service listed the fox as endangered, a step aimed at bolstering conservation efforts. S.F. Chronicle | A.P. 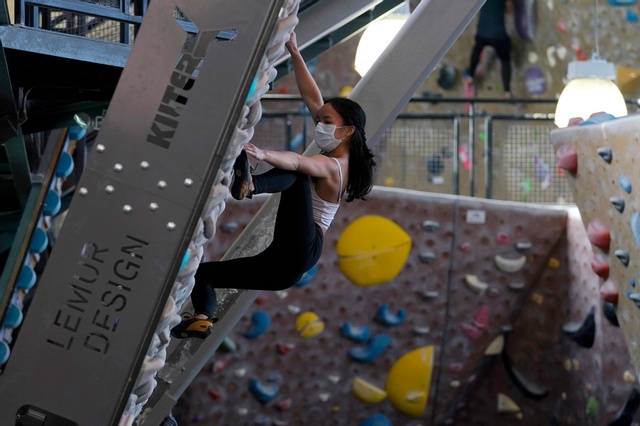 Gen Til climbed at Planet Granite in San Francisco on March 4.

Masks are now required in indoor public settings for roughly half of all Californians, vaccinated or not, after seven Bay Area counties jointly announced new mandates on Monday, joining Los Angeles, Sacramento, and Yolo counties. The Bay Area is averaging more than 1,400 coronavirus cases a day, surpassing the peak of last year’s summer surge. Dr. Sundari Mase, Sonoma County health officer, said the Delta variant had redrawn battle lines in the pandemic: “This is not the same virus we were combating last year." S.F. Chronicle | Mercury News

In Hornbrook, faucets have gone dry.

In Healdsburg, lawn watering is now banned under threat of fines.

In Fort Bragg, they've been drilling emergency wells — with no luck.

While California's drought has mostly been an inconvenience in big cities, severe water shortages are already having serious consequences in small towns between the Bay Area and the Oregon border, imperiling the supplies of more than 130,000 people. “It’s extremely serious,” said Fort Bragg Mayor Bernie Norvell. “I’ve lived here all my life, 51 years, and I haven’t seen anything like this.” Mercury News

In a dramatic step, California on Monday cut off water rights for ranchers, growers, and others in the upper Russian River watershed. Press Democrat

"My God, do your job as Christians on Sept. 14, and vote ‘yes’ on recalling an immoral governor."

The pastor of a Sacramento-area megachurch has been using his pulpit to tell congregants how to vote in California's recall election, a form of political campaigning that experts say is forbidden inside tax-exempt houses of worship. Destiny Christian Church regularly flouted the state's coronavirus restrictions, holding in-person services during the most dangerous periods of the pandemic. Sacramento Bee

In 1885, the Skunk Train was carved through the backcountry of Mendocino County to transport redwood logs. In recent years, the route has been repurposed for railbike excursions, a wonderful mashup of the railroad, history, cycling, and the stars of the show: ancient redwoods. The travel writer Christopher Reynolds, who gave it a try, said it belongs on your bucket list. L.A. Times

Here's what it's like to ride the Skunk Train tracks. 👉 Vimeo 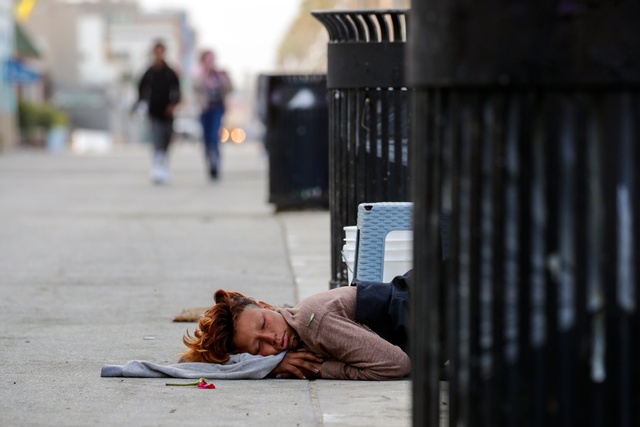 A woman slept on the Venice boardwalk hours before the start of cleanup on July 9.

Los Angeles has cleared most homeless camps from the Venice Beach Boardwalk, a flashpoint in the city's homelessness crisis. The dramatic change was accomplished through a month of intensive outreach, during which hundreds of campers were offered someplace else to live. Most took up the offer. Ben Oreskes, a reporter, collected some moving stories of those who were helped. L.A. Times

Sheriff’s deputies and agents of the state enforced at least 10,000 household evictions across California during the pandemic. A reporter analyzed official data to find one of the densest clusters of evictions: Long Beach, where a quiet crisis of despair has unfolded. It included people like Fabiola Favela, 47, a street cart vendor who caught Covid and ended up sleeping in a park with her 11-year-old son. CalMatters

Masha Crawford works at Providence Saint John’s Health Center in Santa Monica, where the intensive care unit is once again packed with patients as the coronavirus rages through the area's unvaccinated population. “As an I.C.U. nurse, you know you’re going to see a certain amount of death,” she said. But, she said, “in this pandemic, you see people who should not be dying die.” N.Y. Times 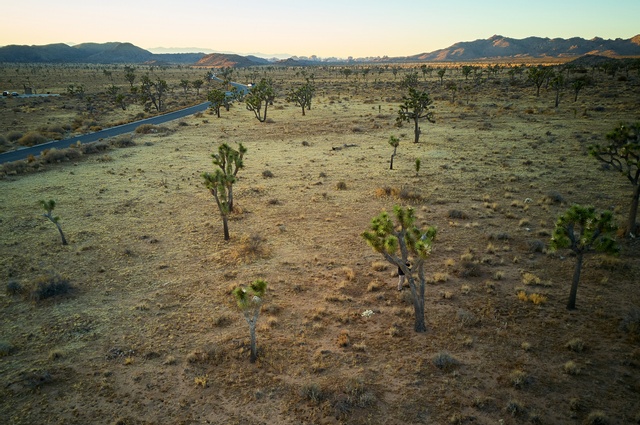 The Southern California desert has long attracted artists and philosophers.

In the 1980s, Bobby Furst, an artist who had enough of Los Angeles, moved onto a patch of desert at the edge of Joshua Tree National Park. For housing, he built himself a Quonset hut, a corrugated steel structure devised during World War II. Then he added three more, along with three airstream trailers and a shipping container, creating an artistic wonderland with spaces for live performances and shelter for fellow travelers. Here's a great little documentary on what has been dubbed Furstwurld. 👉 YouTube

The newsletter will pause next week. The Sun is a one-person operation. So when I'm off, the newsletter is off. See my vacation calendar here.