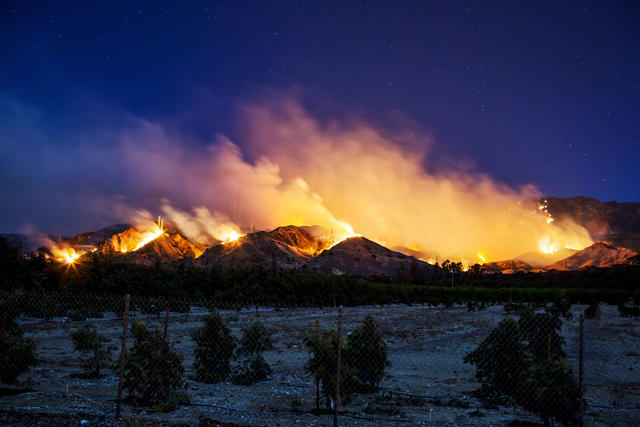 The Thomas Fire burned along a hillside near Santa Paula on Dec. 5, 2017.

In California, where the Democratic presidential contest has been extremely fluid, Sen. Bernie Sanders has now surged into a narrow lead, a poll found. Sen. Elizabeth Warren is a close second, followed by former Vice President Joe Biden. Also ascendant: Pete Buttigieg, who has doubled his support since September. L.A. Times | The Hill

Sen. Kamala Harris is having a bigger impact on the presidential primary now than she did during the race as donors and politicians pick over the remains of her campaign. Politico 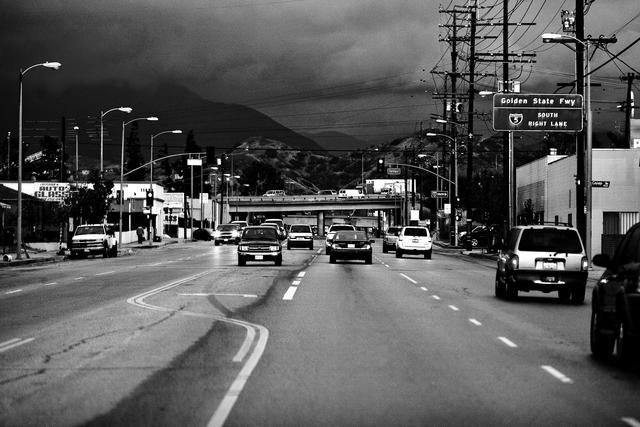 Los Angeles, where Joan Didion spent much of her career.

"A good part of any day in Los Angeles is spent driving, alone, through streets devoid of meaning to the driver, which is one reason the place exhilarates some people, and floods others with an amorphous unease."
— Joan Didion

On this week's California Sun Podcast, host Jeff Schechtman chats again with David Ulin, the former L.A. Times book editor who has edited a new collection of works by Joan Didion. He cited the writer's observation, quoted above, adding, "I think that that is as good a description of the sort of narrative-less narrative of Los Angeles as anything I've seen." California Sun Podcast 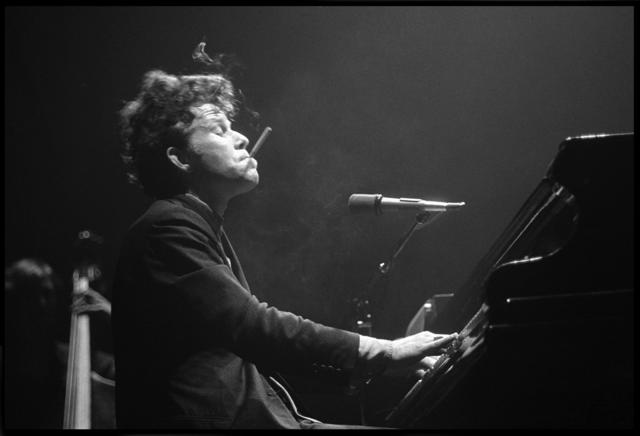 Tom Waits performed in London in 1981.

Here's Tom Waits, an American original with a voice that, as one writer put it, "can take in the full breadth of human experience." Born in Pomona and settled in Sonoma County, he turns 70 on Saturday.

Anxiety over life in the Bay Area is reaching extraordinary levels. In a five-county poll, 67 percent of residents said they were "unhappy or worried about changes happening in the Bay Area." That's up from just 10 percent in 2016. Chief concerns: housing affordability, homelessness, and traffic. Mercury News

In the past two years, homelessness has risen 47 percent in Oakland. City officials are now proposing a crackdown. S.F. Chronicle 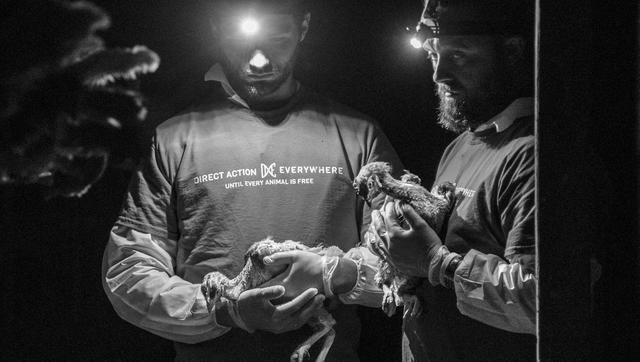 A Direct Action Everywhere operation at a California egg farm.

Direct Action Everywhere, a Berkeley animal liberation group, has a Hail Mary plan to defeat factory farms. Its members have been breaking into farms, releasing animals, and filming it all with virtual reality cameras. Two members now face trial. The plan: get the jury to strap on VR headsets and immerse them in the horrors at the heart of the meat industry. WIRED

For the first time, Uber revealed the scale of the safety problem on its rides: 3,045 reported sexual assaults in 2018. That represents a small fraction — 0.0002 percent — of the San Francisco company's total 1.3 billion rides. Even so, some viewed the report as an affirmation that the app can be dangerous. "When you're in a car by yourself it is a vulnerable situation," a union spokeswoman said. Washington Post | NPR 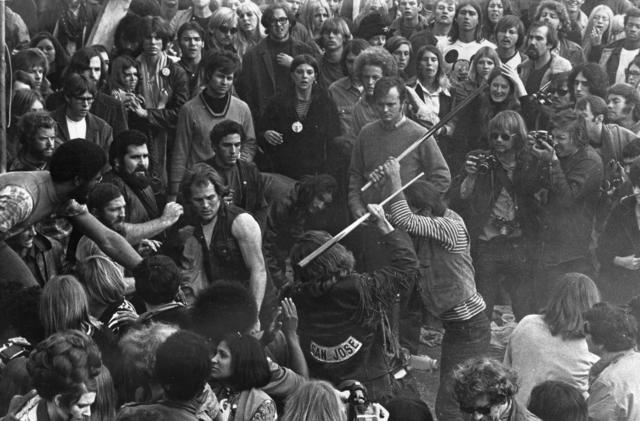 It was on this day that in 1969 that the Altamont Speedway free concert descended into mayhem. Hells Angels hired as security for what was supposed to be the Woodstock of the West pummeled concert goers with pool sticks, and in one case, fatally stabbed an 18-year-old within 20 feet of the stage.

"If the '60s were a great wave, it gets to Altamont and crests, and you see all the garbage and dead fish left behind when the water recedes." Here's a definitive look back at how the disastrous concert came to be. Washington Post

Another California Republican is defecting. Assemblyman Chad Mayes, the former Republican leader of the chamber, switched his affiliation to no party preference. His departure, along with that of a San Diego assemblyman who became a Democrat in January, reflects the tension felt by lawmakers as California voters drift left and President Trump pulls the Republican Party right. CALmatters | Sacramento Bee 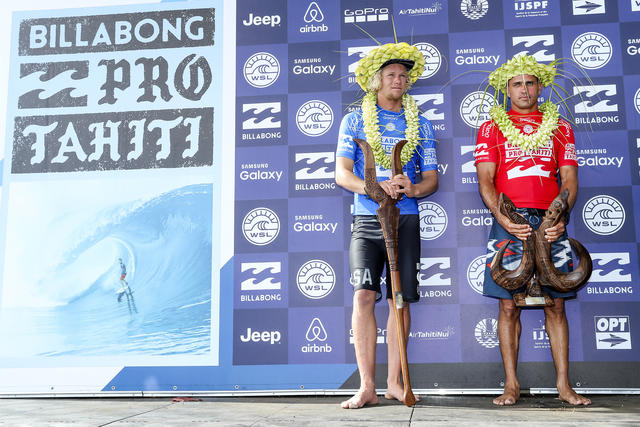 Kelly Slater, right, and John John Florence accepted trophies after a tournament in Tahiti in 2016.

Kelly Slater, the legendary surfer with deep connections to California, wants to compete in the Olympics at age 48. He just has to get past John John Florence, a 27-year-old surfer from Hawaii who grew up idolizing Slater. The men have a bond as neighbors and friends, but there's only one remaining spot on the American team. N.Y. Times

A flesh-eating bacteria linked to the use of black tar heroin has killed at least seven people in the San Diego area since October, health officials said. The medical community was advised to be on the lookout for myonecrosis, a soft-tissue infection that destroys muscles. S.D. Union-Tribune | A.P. 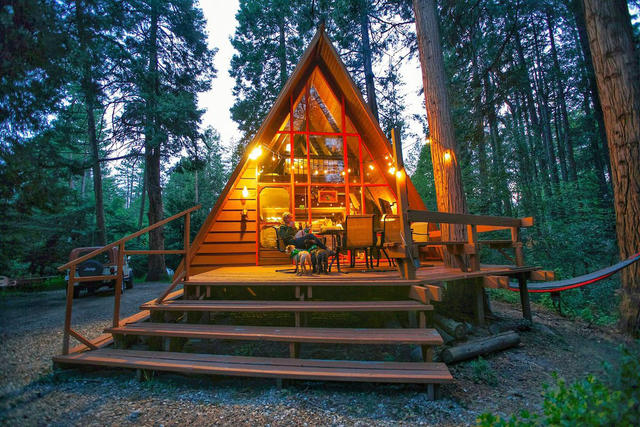 Los Angeles's mountains are glorious year-round — but especially in the fall and winter. Here are nine choice cabin rentals in mountain towns nearby yet a world away, including an Instagram friendly A-frame in Idyllwild, pictured above. Curbed Los Angeles

Soak in a hot spring. Rent a pontoon boat. Peer into the heavens at Mount Wilson Observatory. Here are 21 things to do in the mountains around Los Angeles. Curbed Los Angeles 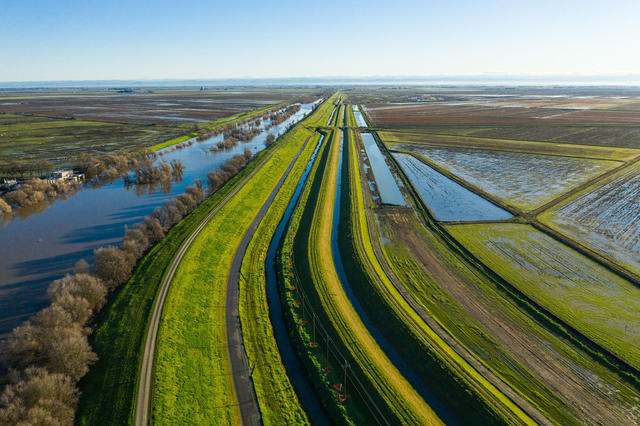 An irrigation system near the Sacramento River illustrates the heavily engineered landscape.

Get your California Sun mugs, shirts, and hoodies. 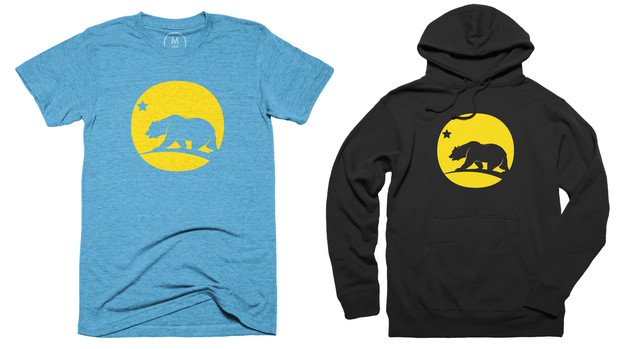