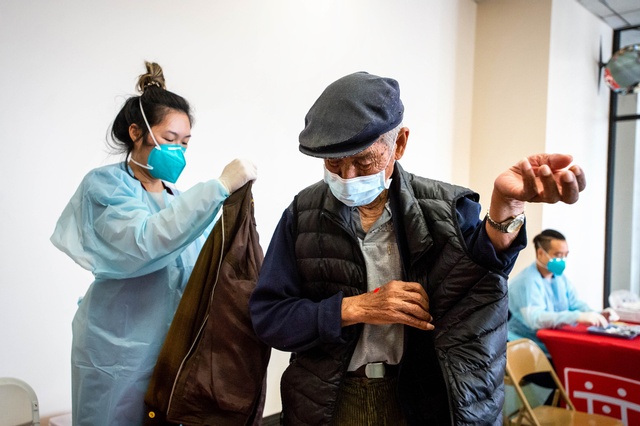 California is now swimming in coronavirus vaccine doses. Yet some people are still having trouble getting it. The A.P. talked to elderly residents in the Bay Area who have been frustrated by demands to use online appointment systems. At this point, health experts say, it's going to take more effort to reach the unvaccinated. “It’s not as easy as putting up a mass vaccination site and saying if you build it, they will come,” said Dr. Kirsten Bibbins-Domingo, an epidemiologist at UCSF.

How bad is California's drought? Wildlife officials are now trucking million of young salmon from inland hatcheries to the Pacific because the rivers are too dry to support them. California's iconic chinook salmon normally begin their lives upriver, then swim to the sea and return after three years to spawn. Hatcheries were added to mitigate the loss of natural spawning grounds. Officials said it would take about 146 truckloads and 30,000 miles of travel to transport the fish. S.F. Chronicle | A.P. 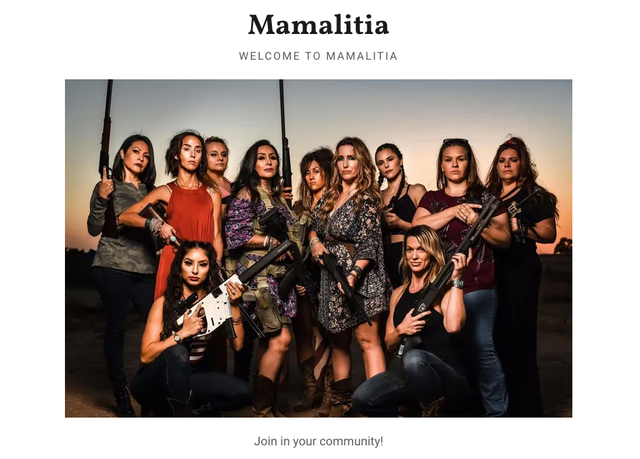 A screen grab from the homepage of "Mamalitia."

In 2019, three Northern California moms dubbed the Freedom Angels set out to fight new vaccine rules for schoolchildren. A year later, they turned their attention to public health guidelines prompted by the coronavirus pandemic, joining with far-right protesters at the state Capitol. Now one of the women has created a splinter group, a "mom militia" of survivalists called Mamalitia. Its goal: to train women how to operate guns, grow food, and homeschool kids. Sacramento Bee | CBS13

"We are creating the world that we want to live in." Here's the founder of Mamalitia, Denise Aguilar. 👉 @mamalitia 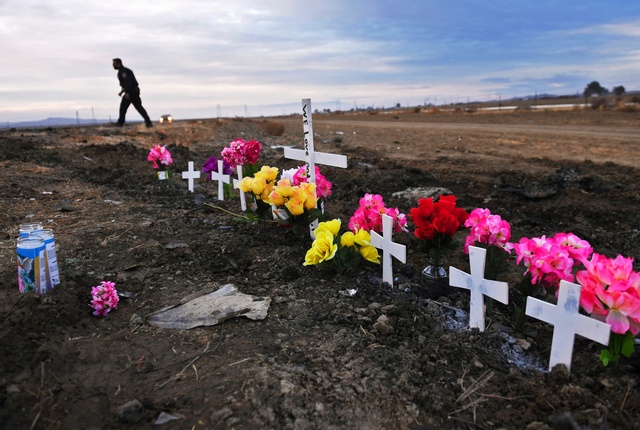 A memorial of seven small crosses and one large one were added along Highway 33 on Jan. 2.

On New Year's Day, the solo driver of an SUV traveling along a rural highway in Fresno County swerved into an oncoming Ford truck that was carrying a 34-year-old woman and seven children, between ages 6 and 15. Everyone died. On Thursday, federal investigators issued preliminary results from a toxicology report on the driver of the SUV, 28-year-old Daniel Luna: He was drunk. He also had no driver's license. A.P.

A 2020 wildfire in the Bay Area that left two people dead was ignited by a man trying to conceal a murder, the authorities said on Thursday. On Aug. 16, Victor Serriteno, 29, had a date with 32-year-old Priscilla Castro, having connected through a dating app, officials said. Castro disappeared. Her body was found at the origin of the Markley fire near Lake Berryessa, which killed two men in their homes. Those deaths are now being treated as homicides. The exact cause of Castro's death remained unclear. S.F. Chronicle | CNN

President Biden’s labor secretary, Marty Walsh, said Thursday that "a lot" of gig workers should be treated as employees. He didn't begrudge the sucess of gig companies, he said in his first remarks on the matter: “But we also want to make sure that success trickles down to the worker." Last year, California voters overturned a state law classifying gig workers as employees. Shares of Uber, Lyft, and DoorDash, all headquartered in San Francisco, plunged on Walsh's comments. Reuters | recode 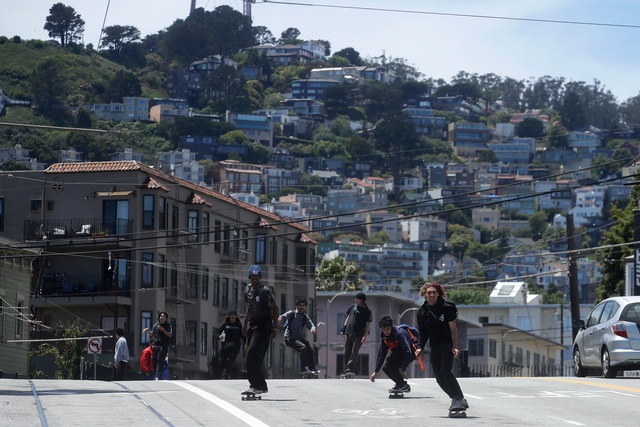 "You are giving yourself to the speed. If you stay on the tight rope and you're tiptoeing it effectively, once you're on the other side, you feel amazing. It's like, holy shit. I just escaped that. That was beautiful."

The New Yorker produced a short documentary on the skateboarders who chase transcendence — and taunt death — by rocketing down the steep streets of San Francisco.

A few days after Lady Gaga's dogwalker was shot and her French bulldogs stolen, a middle-aged woman showed up at a Los Angeles police station with the dogs. She claimed she found them tied to a pole, police said. She also inquired about the $500,000 reward the singer had offered. Now the woman has been arrested along with four alleged accomplices. L.A. Times | BuzzFeed 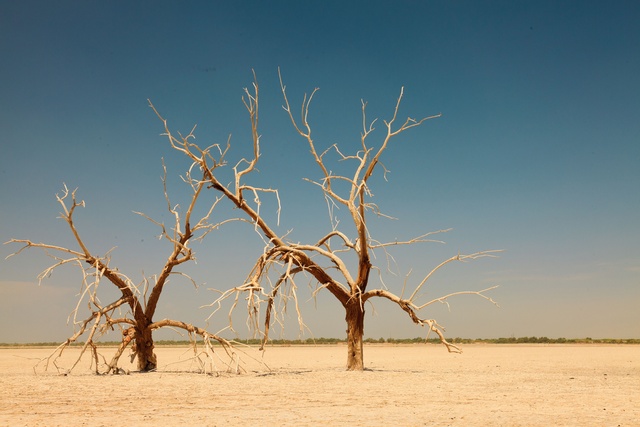 With environmental disaster has come economic opportunity at the Salton Sea.

The shrinking of California's Salton Sea has created a public health crisis as dust from the toxic playa billows across playgrounds and baseball diamonds. But it's also exposed some of the planet's best-known lithium resources, a crucial element in lithium-ion batteries used in electric vehicles. That's set off a "white gold" rush that has alarmed environmentalists. NPR | CalMatters 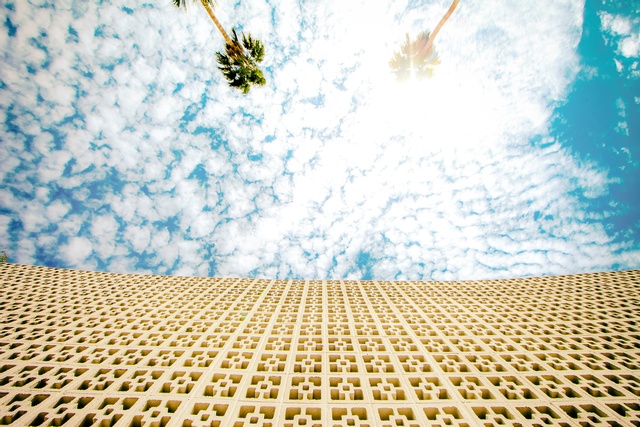 ☝️ Here's the facade of Parker Palm Springs, one of the most striking examples of the breeze block.

Historians have noted the use of pierced walls in Asia and the Middle East going back hundreds of years. But the breeze block became indelibly linked to Southern California during the inventive midcentury modern era of the 1950s and 1960s, when the perforated stone walls were employed to filter sun without hindering ventilation. They faded in popularity in the 1970s, though there have been whispers of a comeback. Curbed has a fantastic illustrated guide to Southern California's greatest breeze blocks.

On this week's California Sun Podcast, host Jeff Schechtman talks with Ron Brownstein, author of the new book, "Rock Me on The Water," on the year 1974 in Los Angeles. It was a time when generational talents in music and entertainment converged on the city. "It was, I believe, through the popular culture of the 1970s that a lot of the critique of American life that emerged out of the social movements of the 60s really was cemented into our culture," he said, "never to be dislodged." 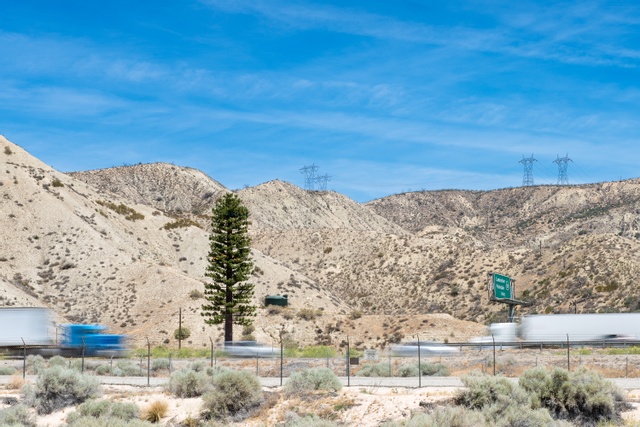