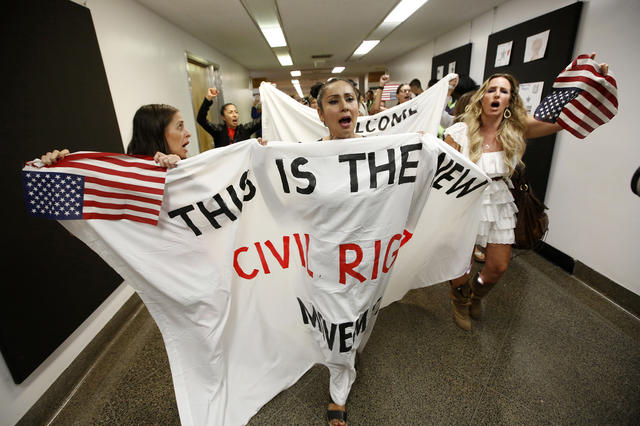 Protesters marched through the Capitol in Sacramento on Sept. 4.

White women sing "We Shall Overcome." They wear T-shirts that read "Freedom Keepers" and march through the Capitol corridors chanting phrases like "no segregation" and "no discrimination."

But they aren't protesting over racial bias. They are California's anti-vaccine protesters, and they insist that their struggle is akin to that faced by African Americans in the 1960s. Politico 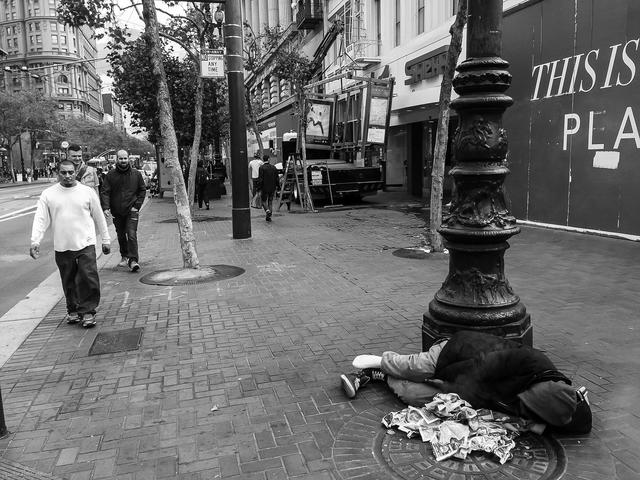 Officials across the state are grasping for solutions to the homelessness crisis. The latest:

On Wednesday, President Trump announced the rescinding of California's authority to set its own emissions standards. Why was the exemption allowed in the first place? The 1970 Clean Air Act was crafted to promote uniform standards. But California had already been developing laws to address its suffocating levels of smog and argued with bipartisan solidarity for a waiver. Over the objections of the auto industry, Congress granted it. Today, state officials remain as resolute as ever about the need for regulatory independence. Stanford West Center | The Conversation

Smog was once so bad in Los Angeles that people suspected a gas attack. Here are 15 photos recalling the "beast you couldn't stab." California Sun 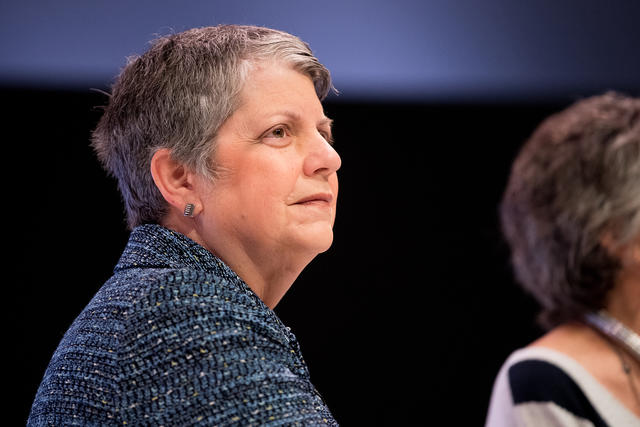 Janet Napolitano announced she would resign as president of the University of California on Aug. 1, 2020. Over the last six years, Napolitano led efforts to expand student access and diversity, but also faced criticism over her office's financial management. She said the time felt right to step aside. "I think the university will benefit from some fresh blood," she said. S.F. Chronicle | A.P.

President Trump polished off his West Coast fundraising swing with one last attack against San Francisco, saying he would sic the EPA on the city for polluting the ocean with used needles. "We can't have our cities going to hell," he said. Mayor London Breed called the comments "ridiculous." S.F. Chronicle | N.Y. Times 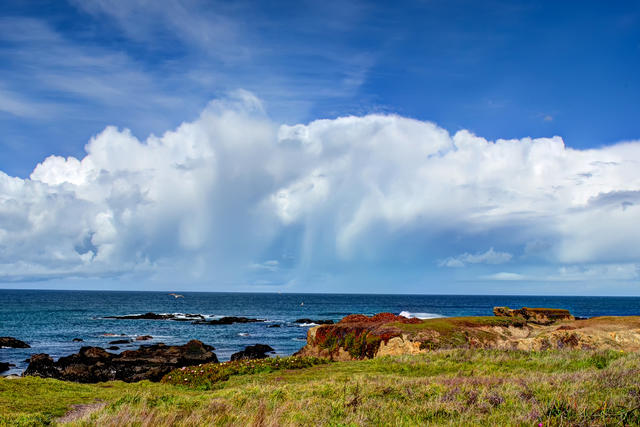 In Mendocino County, Native Americans regularly risk fines and jail fines for what they call "guerilla gathering," harvesting mollusks, seaweed, shells, and other prohibited items. But they say breaking California laws is preferable to the alternative: losing a connection to the land that dates back for millennia. High Country News

Several Bay Area cities are following in San Francisco's footsteps and outlawing e-cigarette sales. "This is not just crazy San Francisco saying that e-cigarettes are bad for folks, particularly bad for our young people," a San Francisco supervisor said. Juul said it would consider legal action. "Prohibition does not work," a spokesman said. Politico 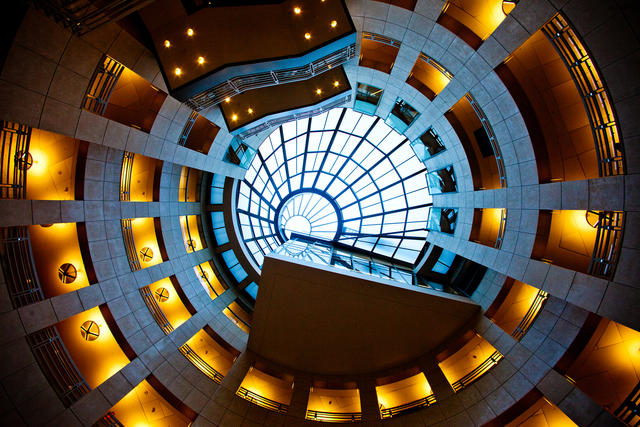 The ceiling at the main branch of the San Francisco Public Library.

The San Francisco Public Library has eliminated overdue fines for all library patrons. It's the latest to join a "fine-free movement" that has already won converts in Oakland, Berkeley, San Diego, and other places across California. Research has shown that library fines disproportionately harm low-income patrons and don't appear to alter the rate of returned items anyway. KQED | NBC Bay Area

Pro tip: Your San Francisco Public Library card gets you free passes to more than a dozen Bay Area museums and attractions. 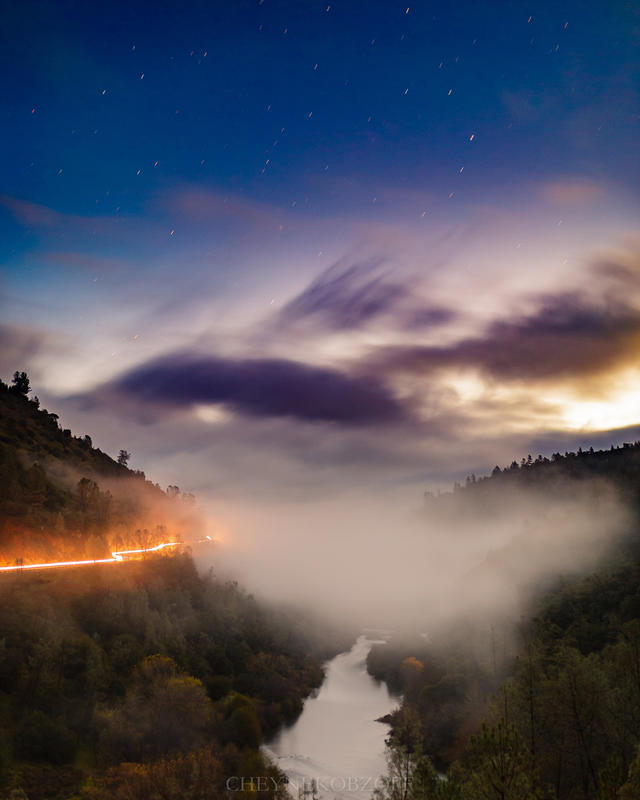 The Middle Fork of the American River drains the high Sierra west of Lake Tahoe.

Northern California's American River poses a triple threat of natural beauty: crystal clear water, brightly colored flora, and forested canyon walls that soar more than 2,000 feet overhead. Three forks course through the Sierra, offering some of the West's busiest rapids, then join at the main stem east of Sacramento. Flowing gently through the capital, it serves as one of the country's most-used urban recreational waterways. For all those reasons, wrote nature writer Tim Palmer, the American "is California's quintessential river." TheAmericanRiver.com | VisitCalifornia.com 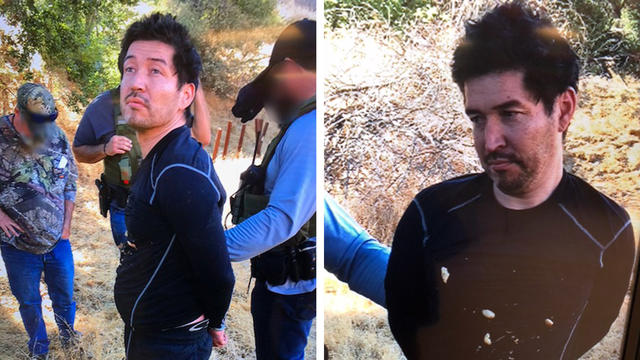 On June 21, 2018, Tristan Beaudette was fatally shot in the head as he slept in a tent next to his two daughters, ages 2 and 4, at Malibu Creek State Park. It was later revealed that someone had been opening fire on campsites and cars in the area for years — yet the public was never warned. "In my opinion," a sheriff's deputy said, "you had state parks trying to keep the park system clean and not reporting things." Now several state agencies are facing a $90 million lawsuit by Beaudette's widow. Outside magazine

In an unprecedented lawsuit, eight Los Angeles County sheriff's deputies said the department's East L.A. station was menaced by a secret clique known as the Banditos, comprised of predominantly Latino deputies who wear tattoos of a skeleton with a sombrero. The lawsuit accuses the Banditos of refusing to provide backup to disfavored deputies, encouraging the planting of evidence, and violently attacking two fellow deputies. LAist | KABC 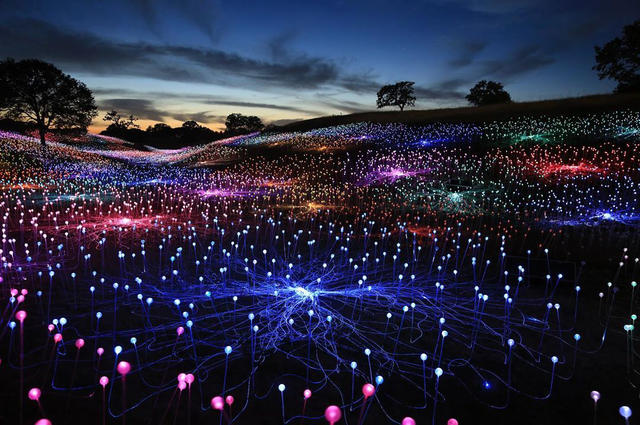 Sensorio is a luminescent pasture of nearly 60,000 glass orbs.

California is rife with roadside spectacles, wrote the N.Y. Times. "But there is nothing quite like the mind-bending spectacle now on display at dusk in the hills of Paso Robles." Since it opened in May, the "earthbound aurora borealis" known as Sensorio has drawn thousands of tourists and become an Instagram phenomenon. (I went. Believe the hype.) N.Y. Times | L.A. Times

This Airbnb in Paso Robles is a working alpaca farm — and it's only $74 a night. Country Living 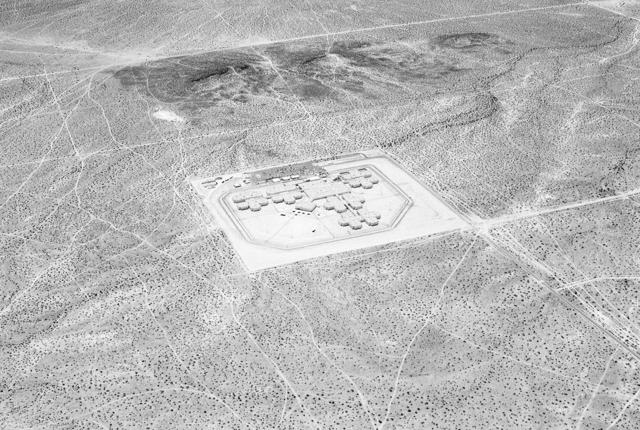 The California City Correctional Facility is a major employer in the desert city.

Here's a prison in the middle of nowhere. The image was captured as part of a photography project by Noritaka Minami on one of California's most peculiar cities. Founded in the Southern California desert in the 1950s, California City was meant to rival Los Angeles. All that remains today is little more than a sprawling grid of emptiness. WIRED | NoritakaMinami.com