A reporter went to tiny Teviston in the San Joaquin Valley, where black Okies once established a farming community, to explore how the legacy of racism reverberates in the absence of clean drinking water. Today, as many as 350,000 people lack access to potable water across the valley. Some call it the Appalachia of the West. N.Y. Times

Photographer Ernest Lowe's images of African-American farmworkers in the 1960s are a window into a little-known chapter of San Joaquin Valley history. Ernest Lowe | KQED 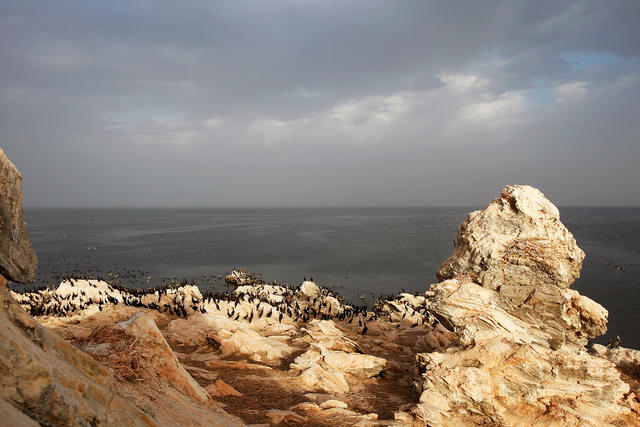 Cormorants and pelicans hung out on one of the Salton Buttes, small volcanoes deemed a "high" threat potential.

Many people don't know it, but California is home to a dozen restive volcanoes. The chance of a small-to-moderate eruption over the next 30 years is pegged at 16 percent — about the same as for a magnitude 6.7 or greater earthquake along the San Andreas fault. Those odds, a geologist said, are "not something to ignore." L.A. Times

In 2009, UC campuses accepted 85 percent of California high school applicants. Last year, that figure was just 59 percent. Here's a breakdown — with campus-by-campus stats — of the increasing unlikelihood of gaining admission to a system whose mission is to guarantee a first-rate education to any student who works hard enough. S.F. Chronicle

Sen. Kamala Harris is the only 2020 Democrat who has fallen hard out of the top tier of candidates. One reason: A staff torn into factions. In a blistering resignation letter, one aide said she'd "never seen an organization treat its staff so poorly." Then she joined the Bloomberg campaign. N.Y. Times 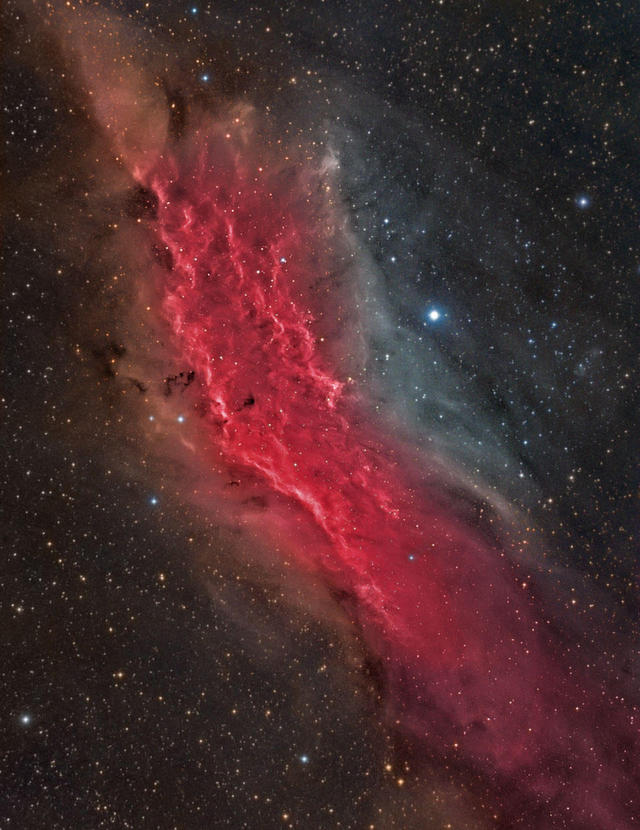 Fun fact: California has a namesake nebula. Drifting through the Orion Arm of the Milky Way about 1,000 light years away, the California Nebula, pictured above, was so named because it echoes the outline of the U.S. state. NASA | Slate 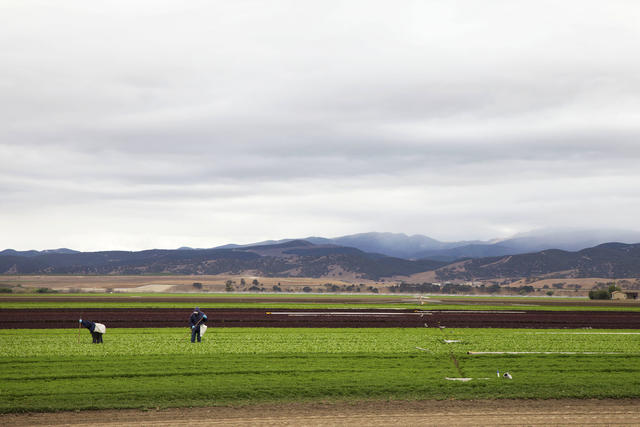 "By far the greatest difficulty ... is the disappearance of affordable rental housing."

At least 40 percent of all elementary school students are homeless in Salinas, a fertile corner of California that feeds much of the country. Here's an examination of the city's poverty told through the story of a family with three kids, two paychecks, and no home. California Sunday Magazine

More than 10,000 people have died across the Bay Area in a drug overdose epidemic since 2006. But the main killer hasn't been prescription painkillers for years. Now it's meth. The same is true across the state. Also exploding: deaths from fentanyl — a synthetic opioid about 50 times more potent than heroin. S.F. Chronicle 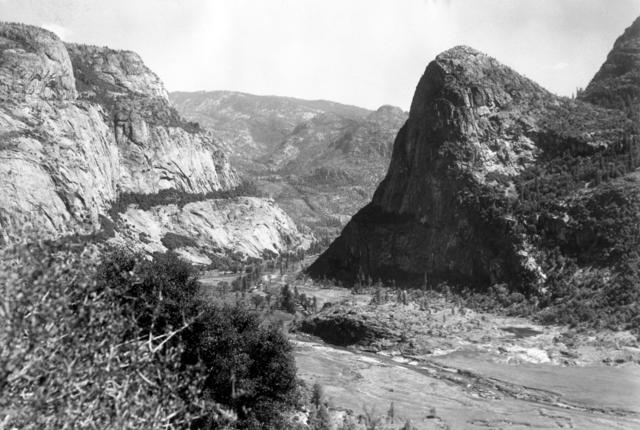 Hetch Hetchy Valley before its damming. 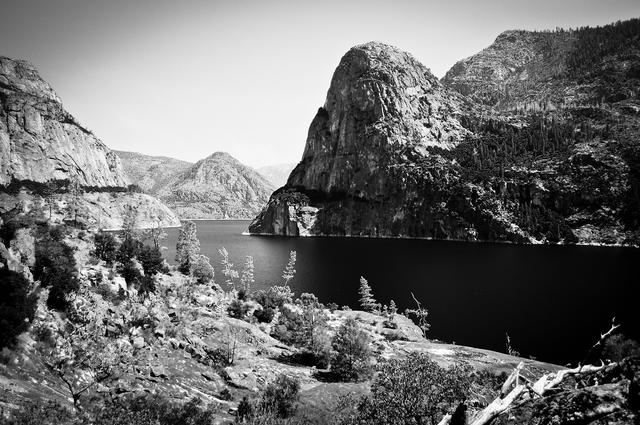 It was on this day in 1913 that Congress approved the Raker Act, allowing the damming of Yosemite's Hetch Hetchy Valley to provide water to San Francisco. To John Muir, who led the opposition, the decision was an "outrageous evil" that destroyed one of California's most precious natural treasures.

Yet even as Hetch Hetchy became a byword for environmental destruction, the submerged valley has remained an undeniably beautiful place. After a visit this summer, an environmental writer said he'd never experienced feelings of such ambivalence in a desecrated landscape. "Even drowned," he wrote, "the glacier-carved valley is stunning." Sierra Magazine

The N.Y. Times explored how President Trump's intervention in the case of San Diego Navy Seal Edward Gallagher has pitted a Pentagon hierarchy committed to rules of combat against a commander-in-chief with a finely honed sense of grievance against authority. A former sniper who served with Gallagher: "He's trying to show he has the troops' backs, but he's saying he doesn't trust any of the troops or their leaders to make the right decisions." N.Y. Times | Axios 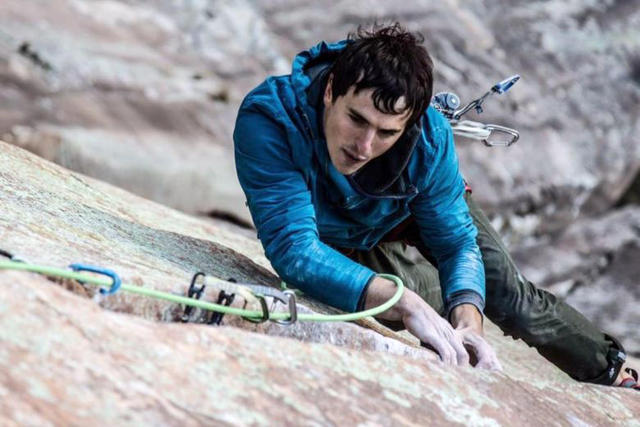 Brad Gobright was climbing in northern Mexico when he fell to his death.

Brad Gobright was a self-described dirtbag, a climber who lives simply in the pursuit of climbing. The Orange County native once ribbed the climbing star Alex Honnold about a sequence that Honnold deemed sketchy. "Yeah, it's sketchy," Gobright said. "But that's why I've got the record and you don't." Gobright was not racing up a wall when he died last week. He apparently slid off the end of his rope while rappelling and fell more than 600 feet. N.Y. Times | Outside magazine 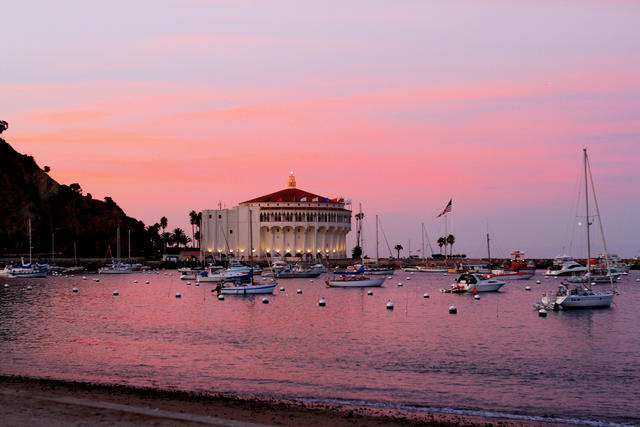 The Avalon Theater is located inside the Catalina Casino.

Screen legends from Charlie Chaplin to Marilyn Monroe used the Avalon Theater on Catalina Island for premieres and showcases. Now, 90 years after it opened, the storied theater is about to call it a night. Attendance has dwindled so low, the iconic theater is simply no longer viable. L.A. Times

After 24 years in print, the free alternative weekly announced that it was ceasing publication. The loss of the newspaper, known for tweaking the county's conservative politics, is part of a national decline as alternative weeklies struggle to make their business model work in the digital age. L.A. Magazine | LAist