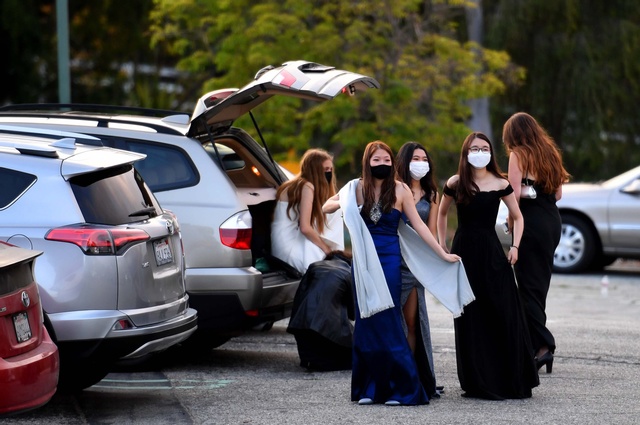 California wants everyone to keep their masks on for another month. Four days after the CDC said vaccinated Americans could ditch their masks in most situations, California said it would wait to follow suit until June 15, when the state fully reopens. Almost all other states with mask mandates have now adopted the federal recommendations. California's isn't disregarding the CDC, said Dr. Mark Ghaly, secretary of the Health and Human Services Agency. “It’s really just giving ourselves across the state some additional time to have it implemented with a high degree of integrity." A.P. | L.A. Times 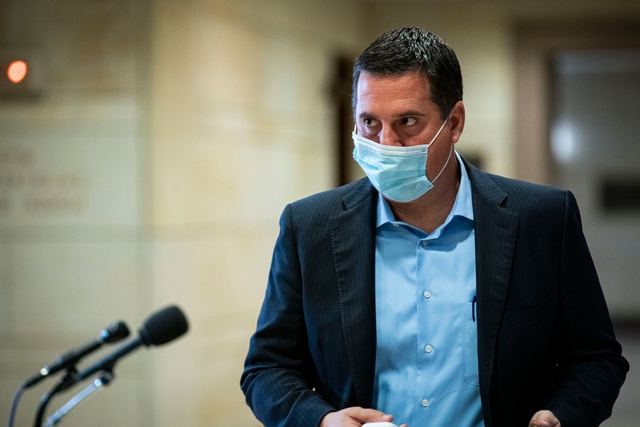 Newly unsealed court filings revealed that the Trump administration subpoenaed Twitter in an attempt to unmask the person behind an account that mocked Rep. Devin Nunes, a close ally of the former president. In 2019, Nunes, a Central Valley Republican, sued Twitter and two parody accounts, accusing them of defamation. Twitter fought the subpoena, saying it violated the First Amendment. A source told the N.Y. Times that the order was withdrawn after President Biden took office. N.Y. Times | The Hill

"We reject ideas of natural gifts and talents."

That's among the principles embraced in a proposed revamping of the math framework for California's 6 million K-12 students. The recommended changes would deemphasize calculus, delay options for advanced coursework, and push algebra out of middle schools. Supporters say the approach promotes a deeper understanding of math concepts. Critics say it sacrifices gifted kids on the altar of equity. S.F. Chronicle

Tim Cook, Apple’s chief executive, often talks about his commitment to civil liberties and privacy. But a multiyear investigation found that Apple has made troubling compromises to do business in China, allowing customer data to be stored on Chinese servers and aiding a vast censorship operation. Among the topics that are off-limits in Apple’s App Store: Tiananmen Square, Falun Gong, and independence for Tibet. “If you look at the behavior of the Chinese government," said Nicholas Bequelin, of Amnesty International, "you don’t see any resistance from Apple — no history of standing up for the principles that Apple claims to be so attached to.” N.Y. Times 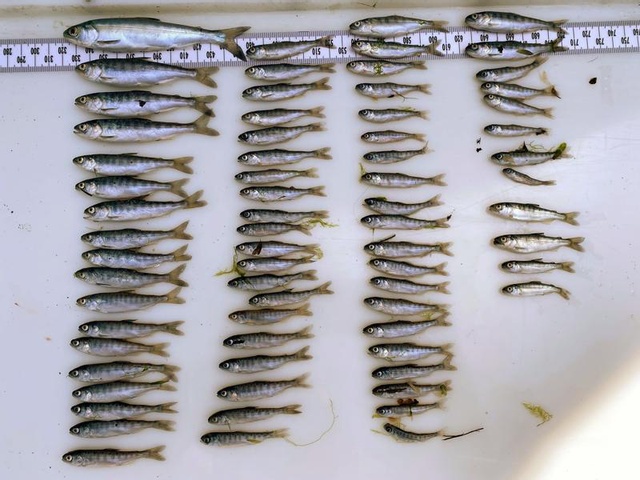 Salmon presumed to have died from a deadly pathogen in the Klamath River.

“This just couldn’t be worse.”

Farmers and native fishermen along the California-Oregon border are facing the worst water crisis in generations. For the first time in the 114-year history of the Klamath water project, federal regulators said no water would be diverted from Upper Klamath Lake to 150,000 acres of farmland. Neither will water be sent downstream into the lower Klamath River, where salmon are dying en masse from a bacterial disease that flourishes in low water levels. A recent survey found 97% of the fish infected. A.P. 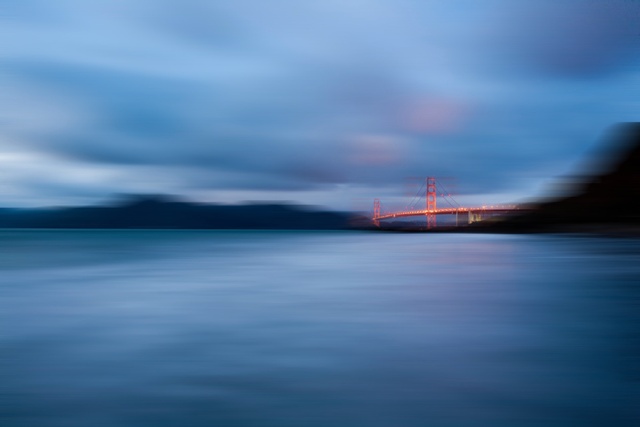 The Golden Gate Bridge has been doubling as a musical instrument.

The Golden Gate Bridge howls like a kazoo in high winds. (Take a listen). The auditory phenomenon began last year after new railings started vibrating in the wind the way a reed instrument does. Nearby residents say it's driving them crazy. “Some people have found it to be meditative and angelic,” a bridge spokesman said, while quickly acknowledging that most people hate it. A team of engineers is now working on a retrofit to make the bridge shut up. S.F. Chronicle

There's a Grand Canyon-sized world of marine life beneath the surface of Monterey Bay. Researchers at the local aquarium have made an art of filming its bizarre lifeforms with high-tech, remotely operated cameras. They recently shared video of ethereal deep-sea siphonophores, cousins of jellies that clone themselves to produce stringlike bodies. 👉 YouTube (2 mins) 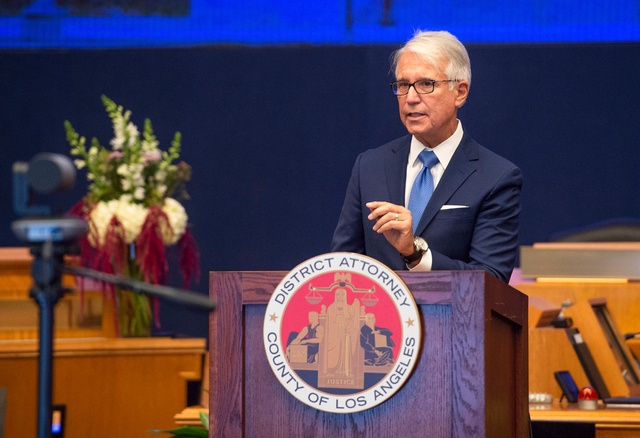 District Attorney George Gascón has attracted opposition from a growing list of critics.

“When you lose your only child ... a parent wouldn’t see this as justice.”

Where Los Angeles County prosecutors once sought to punish defendants on behalf of victims, District Attorney George Gascón now emphasizes rehabilitation and mercy. But some crime victims say they have been abandoned by Gascón's criminal justice reforms. One controversial case: Before Gascón, prosectors hoped to lock up for decades a 17-year-old accused of killing two sisters in 2018. Now the defendant, if convicted, will be out by the time he turns 25. L.A. Times 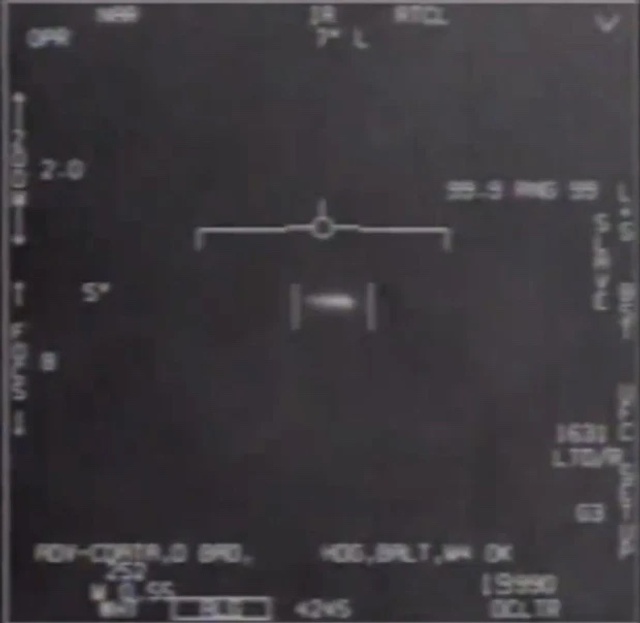 The pilots described an "unsettling" object over the Pacific Ocean in 2005.

Few people are scoffing at reports of UFOs any more. In a "60 Minutes" segment Sunday, viewers were introduced to a new witness: Lt. Cmdr. Alex Dietrich, an aviator who had never spoken publicly about an encounter she and another pilot had with a strange object off the San Diego coast in 2004. A white "Tic-Tac-looking object” appeared, they said, and it seemed to violate the laws of physics. "We’ve sort of said, ‘Hey man, if I saw this solo, I don’t know that I would have come back and said anything,'" Dietrich said, "because it sounds so crazy when I say it." CBS News | Washington Post

Chula Vista now sends drones to the scene of nearly every 911 call. The city's police force won an FAA waiver in 2018 as part of a program intended to evaluate how drones could become more integrated into American life. They now fan out across Chula Vista's skies dozens of times a day, recording video that is streamed to officers' devices and stored as evidence. Privacy groups have concerns. Slate

Workers at two Southern California DMV offices have taken tens of thousands of dollars in bribes to let motorists skip their drivers license tests, federal prosecutors say. Jovana Tameka Nettles, 44, pleaded guilty to taking bribes on Monday, making her the fifth DMV employee to admit she participated in the scheme. The scale of the graft was not yet clear. L.A. Times 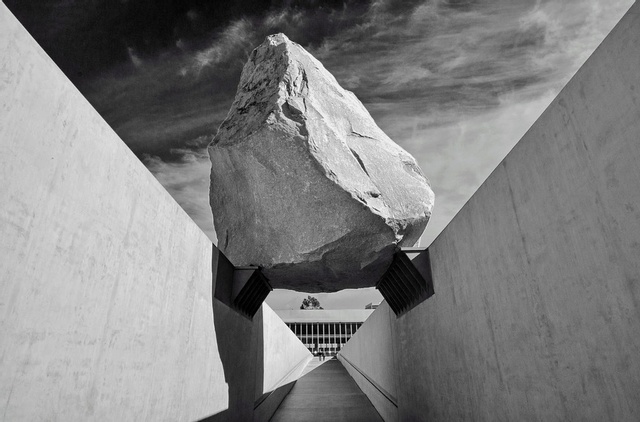 Michael Heizer's “Levitated Mass” at the the Los Angeles County Museum of Art.

When the Bay Area sculptor Michael Heizer saw a 340-ton boulder at a quarry outside Riverside, he phoned Michael Govan, the director of the Los Angeles County Museum of Art. Heizer said it was the most beautiful rock he'd ever seen, proposing that it be displayed at the museum. Govan loved the idea. After five years of planning, the massive rock was hoisted by a specially built trailer, transported at 6 miles an hour into the heart of the city, and perched atop a sepulchral channel that lets visitors walk underneath. “Levitated Mass” opened in 2012 and quickly became one of LACMA's most popular attractions. Good thing: It's designed to last 3,500 years. Artsy