The health insurer UnitedHealth has been making huge donations to Gov. Gavin Newsom for years, including more than $130,000 in December. During the pandemic, California turned to the company for a no-bid contract worth up to $177 million. Other subsidiaries got expedited bidding contracts worth $315 million. A CapRadio investigation found that UnitedHealth is one of at least a half-dozen companies that made substantial contributions to Newsom and got no-bid contracts, influential appointments, or other opportunities. 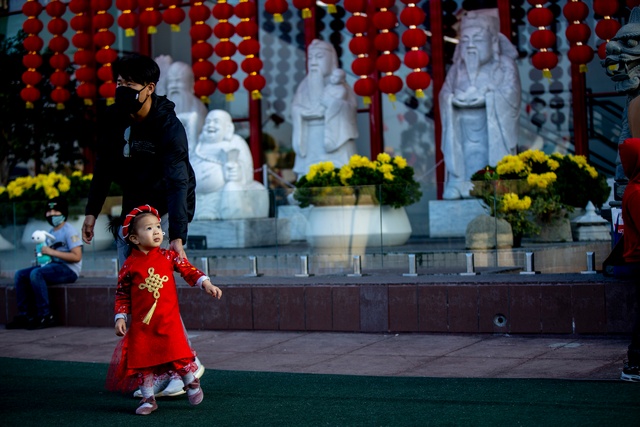 Coronavirus numbers in California have continued to move in a hopeful direction. A sampler of changes over the seven-day period that ended Monday: 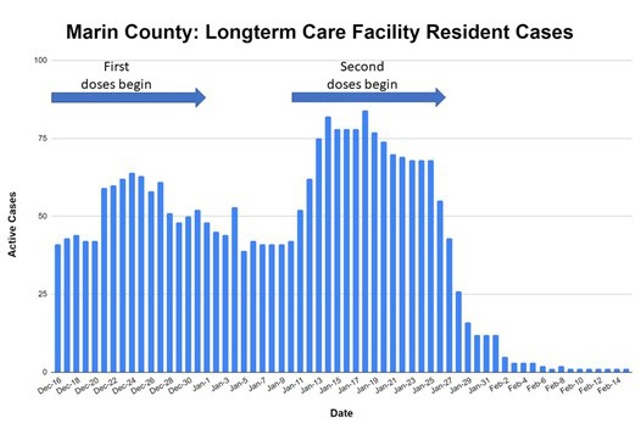 ☝️ Marin County released a remarkable chart depicting the dramatic plunge in Covid-19 infections at senior facilities after a campaign of inoculations. Within days of residents receiving their second doses in January, the infection rate dropped tenfold, officials said. “The success in our facilities predicts what we’ll see in the community as a whole,” the county's top health official said. KRON | marinhealth

A few dispatches from the school reopening wars: 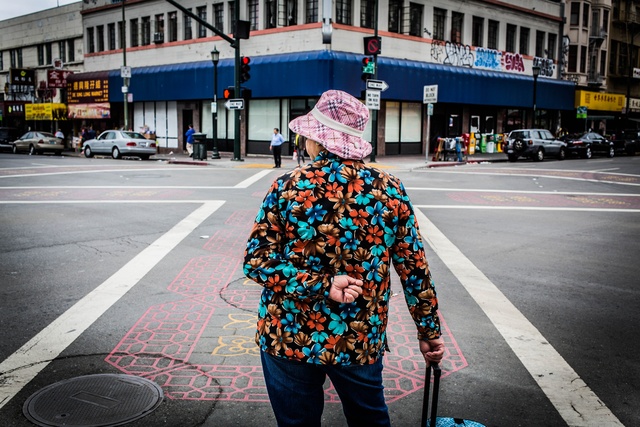 An aura of fear has gripped Oakland's Chinatown.

"California is now unable to perform even basic functions of civilization, like having reliable electricity."
— Sen. Ted Cruz

"California politicians did this, not the heat."
— Texas Attorney General Ken Paxton

"This is what happens when the Democrats are left in charge."
— Lt. Gov. Dan Patrick of Texas

Tweets by Texas politicians mocking California's rolling power outages last summer circulated online Tuesday as the Lone Star State faced blackouts that left millions of people without power in freezing weather. Cruz responded after being called out for his tweet. "I got no defense," he tweeted. The Hill

The situation in Texas is dire. Groups to donate to. 👉 ELLE 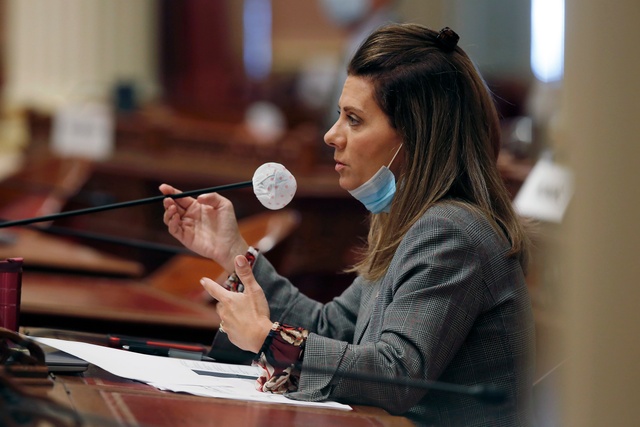 A California state senator introduced legislation on Tuesday that would make political affiliation a protected class alongside categories such as race, religion, and gender. State Sen. Melissa Melendez, a Republican, said a climate of intolerance is stifling healthy debate. “Cancel culture and the efforts to silence differing opinions and voices should be a growing concern for all of us,” she said. Sacramento Bee | L.A. Times

The columnist Thomas Friedman argued that Donald Trump’s G.O.P. and the San Francisco school board have the same problem: The lack of any serious threat from a conservative alternative. Imagine if a center-right conservative party embraced diversity, climate change mitigation, and common-sense immigration reform, he wrote. "I guarantee you THAT G.O.P. could mount viable challenges for power again in San Francisco and across California," where voters rejected four liberal ballot initiatives in 2020. N.Y. Times 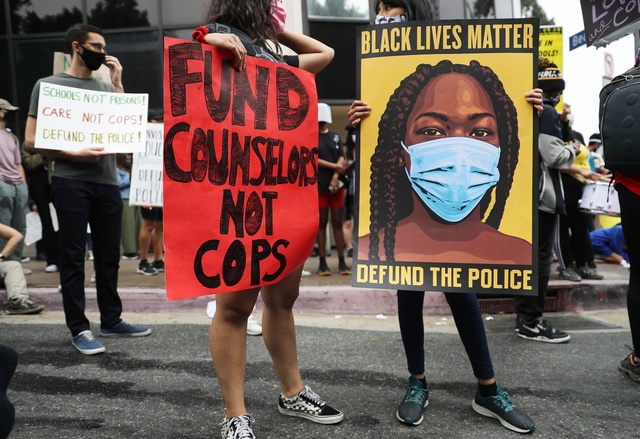 Protests called for the defunding of school police in Los Angeles on June 23.

The Los Angeles school board approved a plan on Tuesday that cuts a third of its campus police force, bans the use of pepper spray on students, and shifts funds toward helping Black students. In place of police officers, "climate coaches” will be tasked with promoting a positive school culture. The overhaul builds on momentum from the summer protests over police violence and echoes an earlier move by Oakland, which voted to eliminate its school police force altogether. L.A. Times | N.Y. Times

The founder of a well-known coffee shop in Joshua Tree was fatally shot by sheriff's deputies on Tuesday. Officials said Royce Robertson, 33, got into a heated argument with another motorist, who called 911. When two deputies arrived, officials said Robertson displayed a gun, prompting a volley of gunfire from the deputies. Friends of Robertson said they were stunned. "All of this is just so unlike him," one said. Desert Sun | KESQ 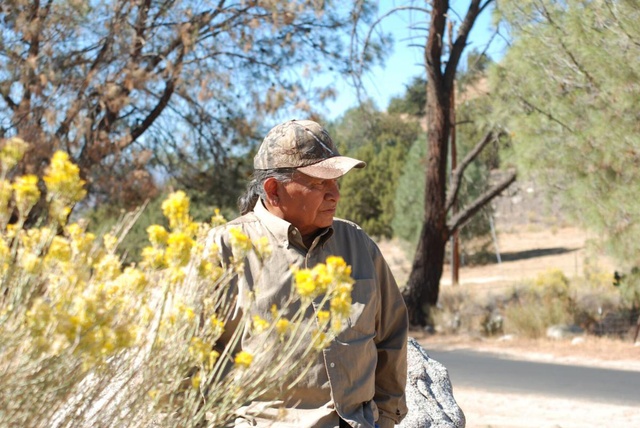 Luther Girado in the Tehachapi Mountains between Los Angeles and Bakersfield.

Two centuries ago, California was home to as many as 90 Native American languages. Roughly half still survive. This month, another link to California's linguistic past was severed with the death of the last native male speaker of Kawaiisu, or Nuwä, the language of indigenous people of the Tehachapi Mountains. As a child, Luther Girado straddled two worlds, speaking only Kawaiisu at his cabin home along a wooded creek, while learning English at school. In adulthood, he worked as a pipe fitter in Bakersfield. With Girado's passing at 79, his sister Lucille is the very last fluent Kawaiisu speaker. Tehachapi News 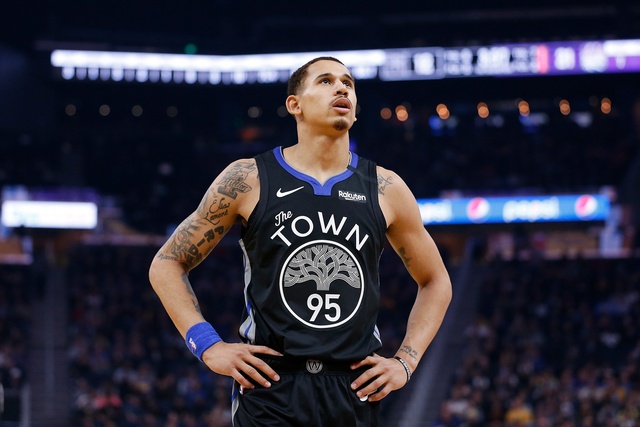 Juan Toscano-Anderson has become an inspiration to fans.

Juan Toscano-Anderson, 27, was an unremarkable college basketball player. After graduation six years ago, he didn't even bother to enter his name in the NBA draft. Now he's a starter for the Golden State Warriors. An Oakland native who is the league's first player of Mexican descent in years, he's also one of the most exciting stories in basketball. He can't believe his luck, Toscano-Anderson said. “It’s hard not to get emotional." The Undefeated