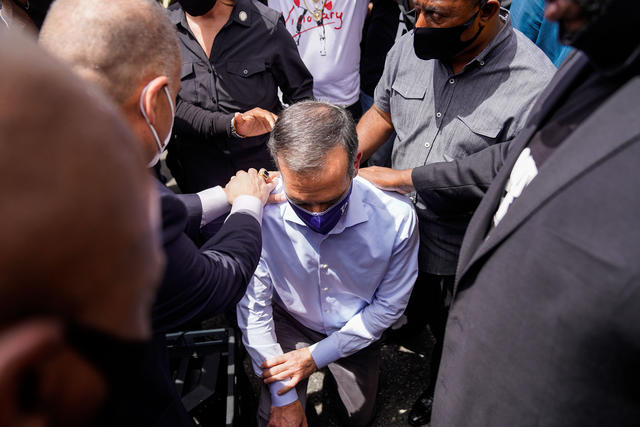 After days of turbulent protests, Los Angeles Mayor Eric Garcetti dropped to his knee during a rally led by clergy members near the city's police headquarters. He pulled down his mask to address the gathering: “A black face should not be a sentence to die, nor to be homeless, nor to be sick, nor to be under-employed, nor to be under-educated," he said. "We need a country that listens." Later, 1,000 protesters gathered outside Garcetti's home. They chanted "defund police!" as an LAPD helicopter circled overhead. L.A. Times | L.A. Daily News | A.P.

Demonstrations large and small on Tuesday demanded an end to police brutality in California communities from Chico to San Diego, and San Francisco to Yucaipa. In Sacramento, protesters sat quietly for nine minutes, the amount of time that a Minneapolis police officer knelt on the neck of George Floyd. In Oakland, a youth-led demonstration drew 15,000 people. And in Hollywood, protesters delivered an urgent message: "Looting has nothing to do with us." A.P. | L.A. Times | Mercury News 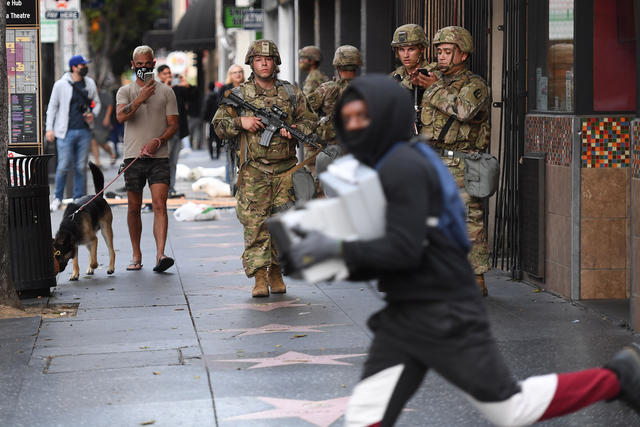 A man with boxes of shoes ran past National Guard soldiers in Hollywood on Monday.

Law enforcement officials have arrested nearly 3,000 people in Southern California since Friday — and they don't plan to stop after things settle down. The LAPD has been collecting evidence, mostly in the form of video, that could be used to identify suspects engaged in looting, violence, and vandalism. The FBI put out a national call for pictures and videos. L.A. Times | CBSLA

Here is the latest information on curfews in Southern California, the Bay Area, and Sacramento.

"For all those people hating cops across the nation. Just leave your name and address at your local police agency and let them know whenever you dial 911 or need emergency police services you no longer wish for them to respond to your calls for help."

That was Tulare County Sheriff Mike Boudreaux responding to the nation's unrest in a now-deleted tweet. A local mayor — and many others — called for him to be fired. Visalia Times-Delta | KFSN 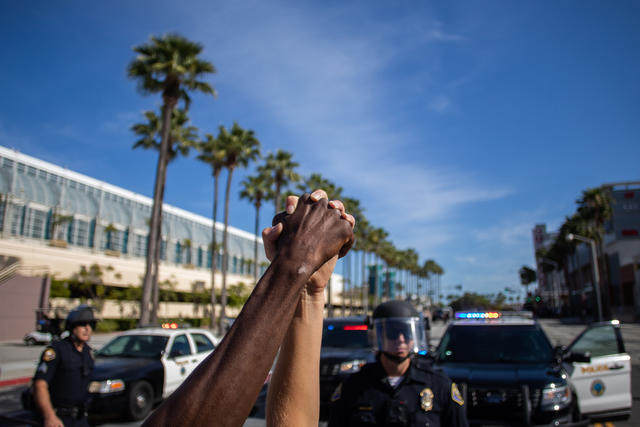 A black man and a white woman held their hands up in Long Beach on Sunday.

California's Legislative Black Caucus is prioritizing a package of bills that include stricter rules of police conduct, the repeal of a 1996 law barring affirmative action at colleges, and a task force to study reparations. Assemblywoman Shirley Weber, who chairs the caucus, said a new approach to reform was needed. "Will it be systemic," she said, "or will this be a quick response that we've had before?" A.P. | CalMatters

USC announced that it would bring students back to campus in the fall, a highly anticipated decision certain to please many students. Some families had balked at the idea of paying the $58,000 annual tuition and fees for classes on computers. The Cal State system plans to hold most classes online. The UC system is expected to announce its plans this month. L.A. Times | KTLA 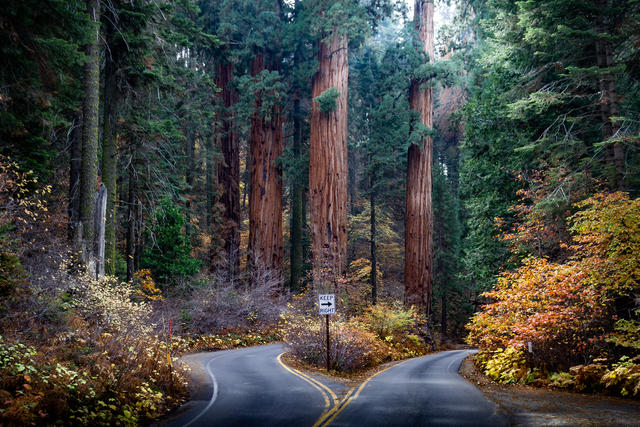 Sequoia National Park is reopening its gates to visitors today.

Down the road from Apple — with its futuristic offices and trillion-dollar market value — Cupertino has given rise to the first visible homeless encampment in recent memory. With fewer than a dozen tents along the roadside, the camp has elicited strong reactions in a city with a median home price of $2.2 million and no homeless shelters. Some people have brought food by. Someone else spray-painted "LEAVE." Mercury News

In a question-and-answer session with employees, Mark Zuckerberg defended his hands-off approach to President Trump's inflammatory Facebook messages. He said while he was upset by the posts, the company's free speech policies "show that the right action where we are right now is to leave this up." Hundreds of employees have protested the decision and several have resigned. N.Y. Times | recode

The multidisciplinary art star Sterling Ruby has created a video project on California's 35 adult prisons. The footage includes black-and-white aerial views of the geometric complexes — "an allegory for a contemporary hell" in Ruby's description — sprawling out of California's rugged wide open spaces. Set to a stark drum-beat track, the effect is mesmerizing. AnOther magazine | Vimeo (~33 mins) 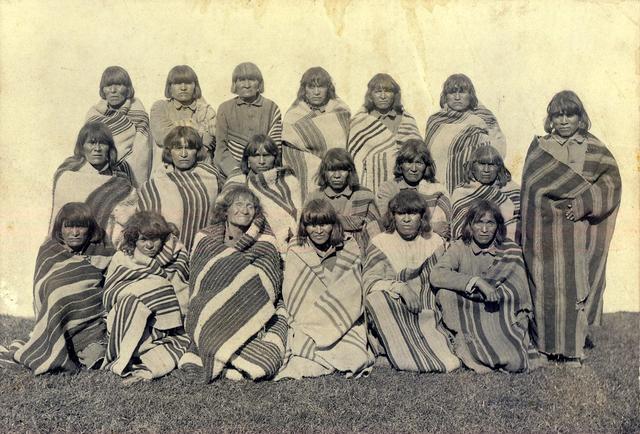 Today I learned: In 1895, a group of 19 Southwestern Hopi men were sent to Alcatraz for refusing to send their children to government boarding schools that aimed to erase their culture. In lurid news reports, San Francisco newspapers called them "ready scalpers" and "murderous-looking Apache Indians." In truth, they practiced an ancient religion based on nonviolence. Here's a fascinating account of the "Hopis of Alcatraz." Journal of Alta California