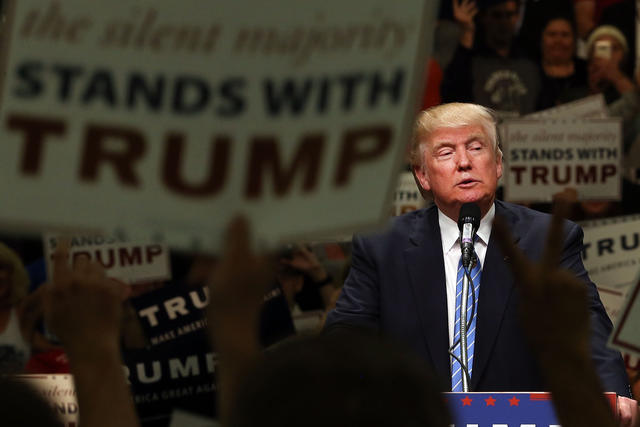 Donald Trump addressed a campaign rally in Anaheim on May 25, 2016.

A federal judge in Sacramento granted the Trump campaign's request to block a California law that requires presidential candidates to disclose their tax returns to run in the state's 2020 primaries. While the law applies to all presidential candidates, the judge said it was plainly targeted at one in particular. "The elephant in the room is President Trump's tax returns — that's what this is about," he said. "But it does have implications that are far-reaching." Politico | L.A. Times

Four of the world's largest automakers — Ford, Honda, BMW, and Volkswagen — are sticking with an agreement to meet California's auto emissions targets, even after the Trump administration revoked the state's authority to set its own standards. The U.S. Justice Department has launched an antitrust investigation into the companies over the deal. Sacramento Bee

A new state bill could subvert relaxed emission rules: It would require automakers to meet California's mileage standards if they want to be eligible for rebates. S.F. Chronicle | CALmatters 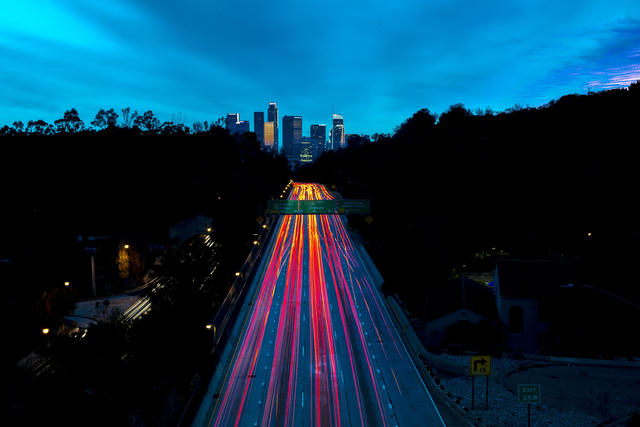 Waze saved Los Angeles motorists precious minutes — for a while.

Visions of America, via Getty Images

Waze transformed peaceful L.A. neighborhoods into exhaust-fumed gridlock. Residents are not happy about it. LA Magazine 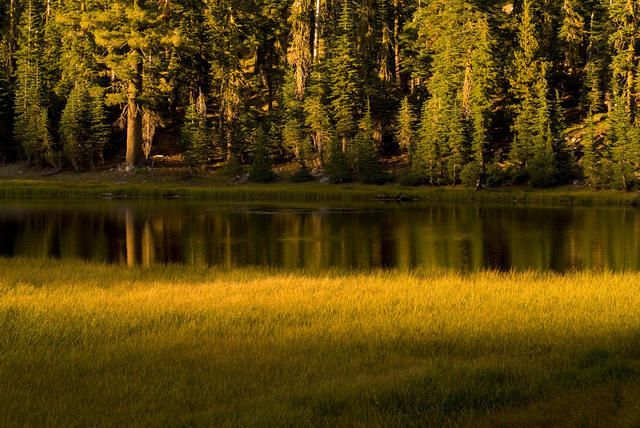 A glimpse of paradise in Lassen Volcanic National Park.

Ghost towns, high mountain passes, sweeping views of the Pacific, and the largest intact grove of giant sequoias in the world. Outside magazine consulted experts to name the best hike in every National Park, of which California has more than any state. Outside magazine

TIME magazine's latest cover story chronicles how the San Francisco company Juul hooked kids on vaping: "To a remarkable degree, a single company is front and center in one of the biggest public-health crises facing the country: the sharp rise in vaping among teenagers and young adults." TIME magazine

Another view: "Never before has a boon to public health been met with such hysteria and ingratitude." Politico Magazine 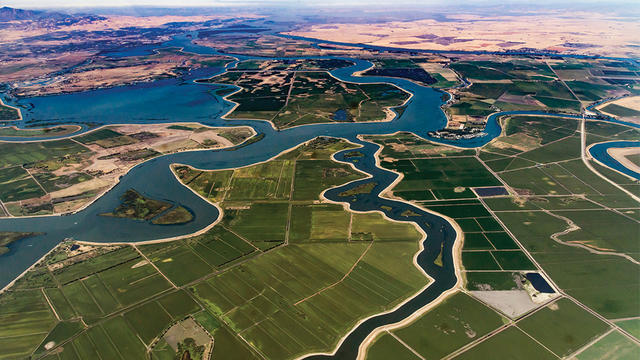 The delta is sinking.

In parts of the Sacramento–San Joaquin River Delta, the land has sunk 25 feet since the late 1800s. The phenomenon — known as subsidence — means aging dirt levees are doing more work than ever to keep water back. A breach could leave huge swaths of California without usable water for months, even years. "It's Katrina on steroids," a biometeorologist said. "We're a $4 trillion economy. Think of shutting down water for 30 million Californians." Bay Nature magazine

A private security manager providing bodyguards to tech elites got a concealed weapon permit after he made a $45,000 campaign donation to Santa Clara County Sheriff Laurie Smith, records showed. The S.F. Chronicle also identified nine other individuals who contributed to Smith's campaign, then were later issued coveted permits. A corruption investigation is ongoing. S.F. Chronicle 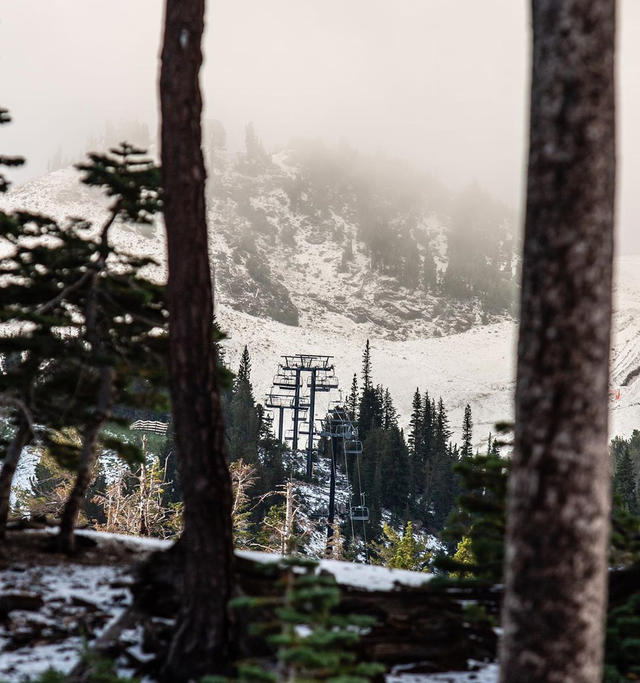 It's already starting to look like winter at Mammoth.

Mammoth Lakes got its first snow of the season on Thursday, a reminder that the Eastern Sierra ski season is only seven weeks away. The Lake Tahoe area got its first snowfall on Monday, with six days still left in summer. L.A. Times | KTLA

Here are a couple collections of photos from Mammoth. Instagram | NBC Los Angeles 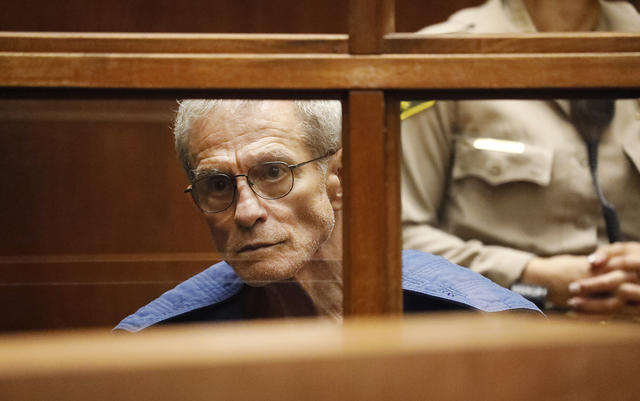 Ed Buck appeared in a Los Angeles courtroom on Thursday.

Homeless men in desperate circumstances had a nickname for the wealthy West Hollywood political activist accused of operating a drug den: "Dr. Kevorkian." In a federal complaint, 10 men told investigators that Ed Buck, 65, paid them to use drugs and dress up in skimpy underwear. Several claimed they lost consciousness after Buck served them a drink. Some said they woke up to find him injecting drugs into their arms. L.A. Times | A.P. 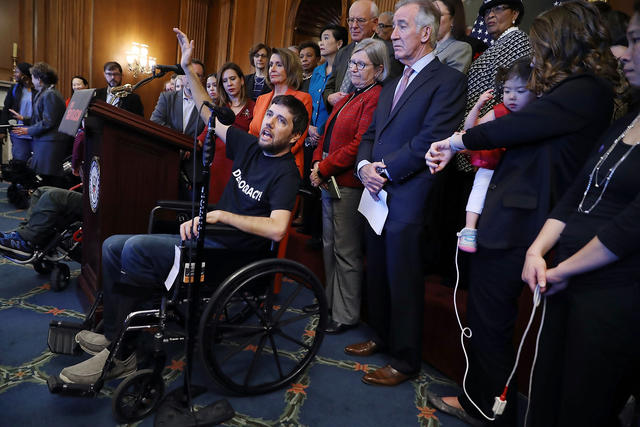 Ady Barkan promoted expanded access to health care at the U.S. Capitol in 2017.

Democratic presidential candidates have been flocking to meet Ady Barkan, a "Medicare for all" activist from Santa Barbara who is dying of A.L.S. but still campaigning. "That's the paradox of my situation," he said. "As my voice has gotten weaker, more people have heard my message. As I lost the ability to walk, more people have followed in my footsteps." N.Y. Times

If you've heard that homicides have been on the decline in Los Angeles, that's true overall — but not for women. Since 2016, the number of female victims has been increasing. Last year, 114 women were killed in Los Angeles County, the most since 2010. In nearly half of the cases, the accused killers were former or current intimate partners. L.A. Times 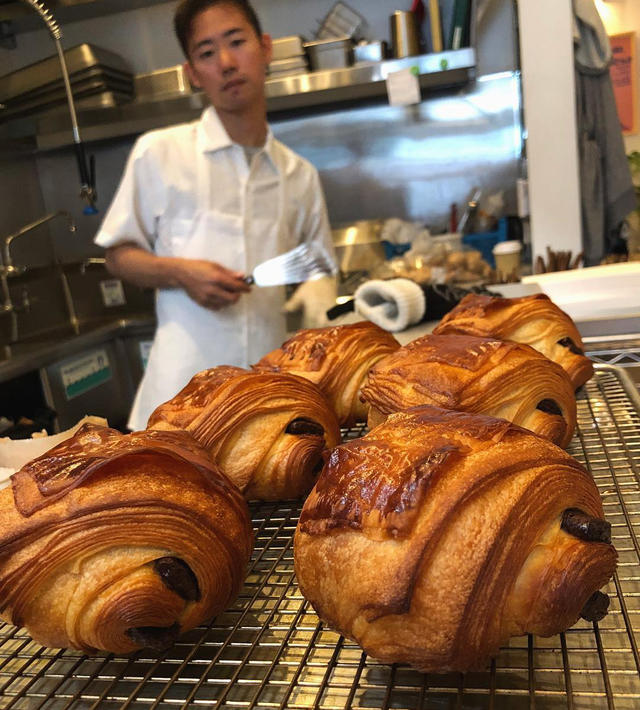 A food writer called Konbi's croissant the best she'd ever had.

Bon Appétit Magazine named the 10 best new restaurants in America. No. 1 is Konbi, a tiny sandwich shop in Los Angeles's Echo Park neighborhood. The 10-seat space is an ode to Japan's 24-hour convenience stores, and it makes a chocolate croissant, the magazine wrote, "worth planning your entire morning around." Bon Appétit | L.A. Magazine

"The fast-food diner is L.A.'s true regional specialty restaurant, and it's all thanks to pastrami." Eater LA 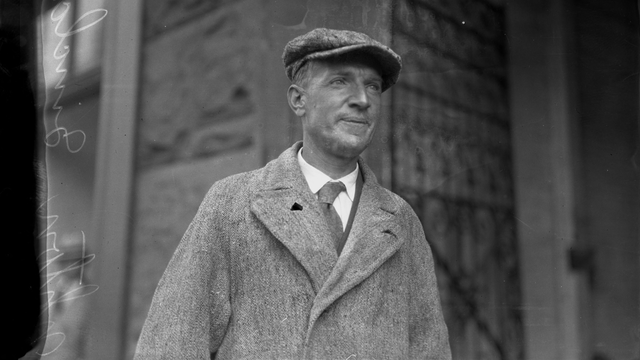 Upton Sinclair in an undated photo.

Before Bernie Sanders, there was Upton Sinclair. It was on this day in 1878 that the author, champion of the underdog, and socialist candidate for California governor was born.

Sinclair is best remembered for his 1906 book "The Jungle," which exposed the grotesque conditions endured by both workers and livestock in Chicago's meatpacking industry. It sold millions of copies, stirring the country. President Theodore Roosevelt called on the 27-year-old Sinclair to give him a firsthand account, culminating in a pure-food statute that led to the creation of the Food and Drug Administration.

Sinclair kept up pressure for reforms, annoying Roosevelt, who wrote a note to his publisher: "Tell Sinclair to go home and let me run the country for a while."

But Sinclair, a mild-mannered man who stood 5'7", was only getting started. In more than 90 books and thousands of speeches over the next six decades, he championed strong trade unions, birth control, an honest press, vegetarianism, education reform, and other causes. 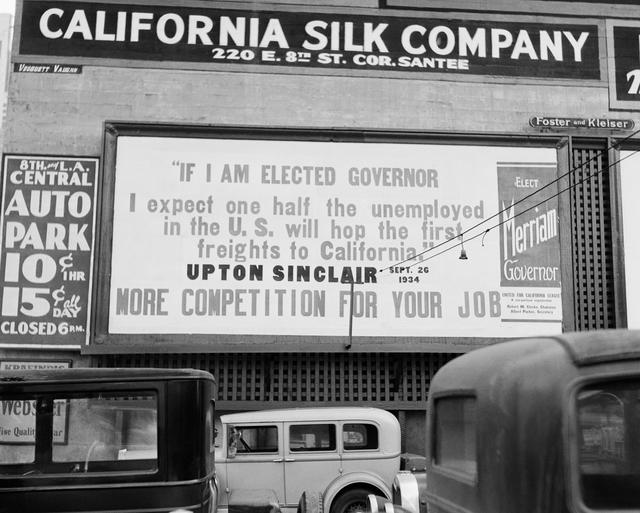 A billboard supporting Republican Gov. Frank Merriam warned of a threat of job scarcity under a Sinclair administration in 1934.

Along the way he collected a Pulitzer Prize, fictionalized the Southern California oil boom in a book that inspired the film "There Will Be Blood," and uttered his immortal aphorism: "It is difficult to get a man to understand something, when his salary depends upon his not understanding it."

In 1923, Sinclair was arrested during a pro-labor rally in San Pedro after he began to read from the Bill of Rights. "We'll have none of that Constitution stuff," the arresting officer remarked.

During the Depression, Sinclair ran for governor as a Democrat under the End Poverty in California banner. Of the state's 7 million inhabitants, a million were out of work. Sinclair appeared poised to handily beat the incumbent Republican Gov. Frank E. Merriam. But Hollywood and the state's leading newspapers mounted an astonishing smear campaign. 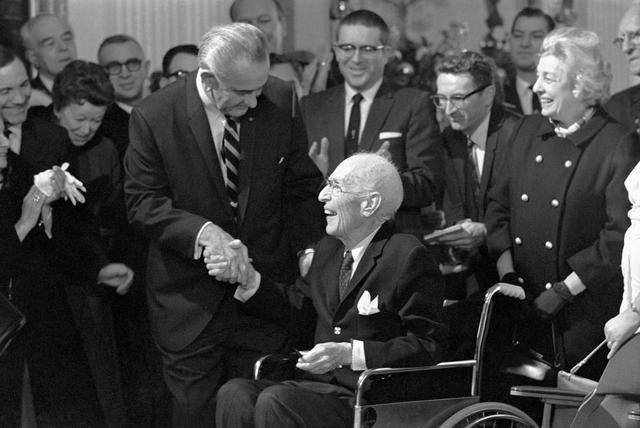 President Johnson shook hands with Sinclair after signing a meat inspection bill in 1967.

"The prospect of a socialist governing the nation's most volatile state sparked nothing less than a revolution in American politics," wrote Greg Mitchell, author of "The Campaign of the Century." Sinclair's foes, Mitchell added, "virtually invented the modern media campaign."

Sinclair lost. But his campaign changed the Democratic Party. Sinclairites were elected in Sacramento and Washington, where they fought for civil rights legislation and labor reforms. The California Supreme Court Justice Stanley Mosk later called Sinclair "the acorn from which evolved the tree of whatever liberalism we have in California."

Toward the end of his life, Sinclair summed up his work this way: "The English Queen Mary, who failed to hold the French port of Calais, said that when she died the word 'Calais' would be found written on her heart. I don't know whether anyone will care to examine my heart, but if they do they will find two words there — 'Social Justice.' For that is what I have believed in and fought for." N.Y. Times | L.A. Times 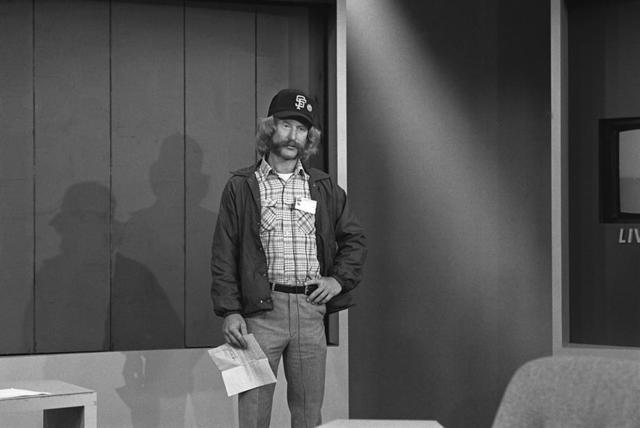