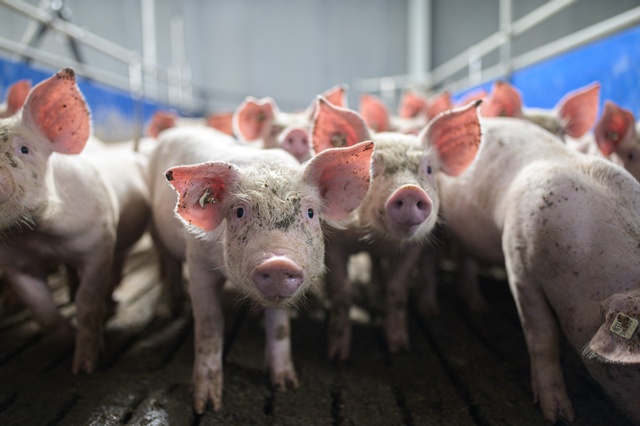 Californians sided with the pigs at the ballot box in 2018.

In 2018, an overwhelming majority of Californians voted in favor of a proposition that required pig pens to be at least 24 square feet, enough for the animals to turn around freely and extend their limbs. Three years later, with the law set to go into effect on Jan. 1, 2022, only 4% of hog operations now comply with the new rules. That led to this startling headline from the Associated Press over the weekend: "Bacon may disappear in California as pig rules take effect."

Once unthinkable, assisted death became an option in California in 2016 only after last-minute political maneuvering and hours of emotional hearings. Now legislators are making it easier for terminally ill people to get a prescription for lethal doses of drugs — and they are facing little opposition. “There were a lot of fears, as there always is when you try something new. None of the fears has been realized,” said state Sen. Susan Talamantes Eggman. “It has been a real sense of comfort for a lot of people.” S.F. Chronicle

A marine heat wave in the Pacific in 2013 set off a series of events that unleashed an army of marauding purple sea urchins on California's kelp forests, the anchor of nearshore ocean wildlife. In time, 95% of the kelp canopy was gone. Conservationists have responded by smashing urchins with hammers. But entrepreneurs are pushing another approach: harvesting the urchins and fattening them up on land for restaurants. The response from chefs, said the owner of one aquaculture farm, “has just been spectacular.” CNN 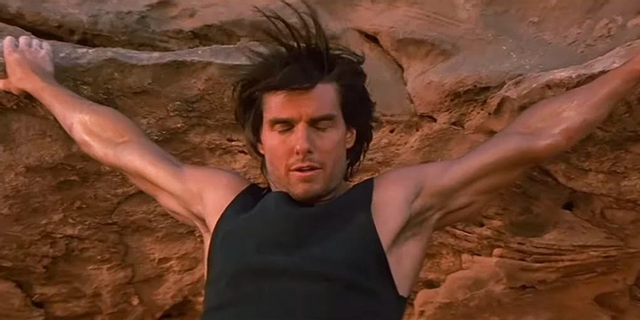 Alex Honnold, the Sacramento climber known for seemingly impossible feats on rock walls, once did a breakdown of famous climbing scenes in action movies, such as "Mission Impossible II," "Point Break," and "The Dark Knight Rises." It's immensely entertaining. 👉 YouTube/GQ Sports (14 mins) 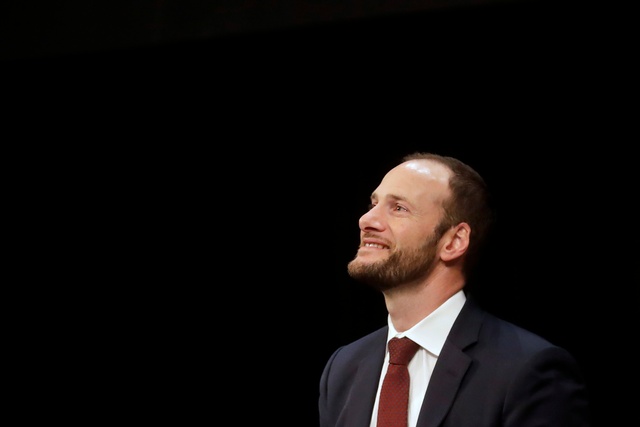 If criminal justice reformers were going to implement radical change in America, the 2019 election of Chesa Boudin as district attorney of San Francisco seemed to represent their best hope. Then two important events unfolded: Boudin's office charged an on-duty police officer with murder, and a parolee stole a car and ran over two women in a crosswalk, killing them. A political gadfly named Richie Greenberg started a recall petition that collected 10,000 names in four days. “We don’t have to convince someone to sign this,” Greenberg said. “They come over with purpose. They come over angry. They say — their words — ‘Give me the fucking pen.’” New Yorker

At least 233 staff members at two major San Francisco hospitals, most of them fully vaccinated, have developed Covid-19 in recent weeks, hospital officials said. The rate of infection, roughly equivalent to what it was at the peak of the winter surge, startled health experts. But the number of hospitalizations — just two — confirmed what they knew about the vaccines. "You can still get Covid, potentially," said Dr. Lukejohn Day of San Francisco General. "But if you do get it, it’s not severe at all.” N.Y. Times | S.F. Chronicle

At some California hospitals, nearly half of workers remain unvaccinated, a review of federal data showed. O.C. Register

Gif created from video by @Phoenix_risen.

Someone posted a video on Reddit that he said showed people racing garbage bins down his street in San Francisco, a not uncommon pastime in the city. "Getting pretty tired of these kids," he wrote in part. Several commenters sympathized, but others also noted: If he wanted it to stop, he probably shouldn't have posted a video that makes it look so fun. Reddit

In a rare criticism of his own deputies, Los Angeles County Sheriff Alex Villanueva said he had "grave concerns" after seeing a video that shows several deputies fatally shooting a man with a knife. In the March 14 video, David Ordaz Jr., 34, asked the deputies to kill him. As he edged nearer, one deputy shot him with a stun bag. Ordaz then advanced forward several steps, and deputies fired at least 10 live rounds, including a final shot fired about two seconds after the initial volley of gunfire. At that point, Ordaz was sprawled on the sidewalk. Lawyers for Ordaz's family called it a “killing shot.” L.A. Times | City News Service 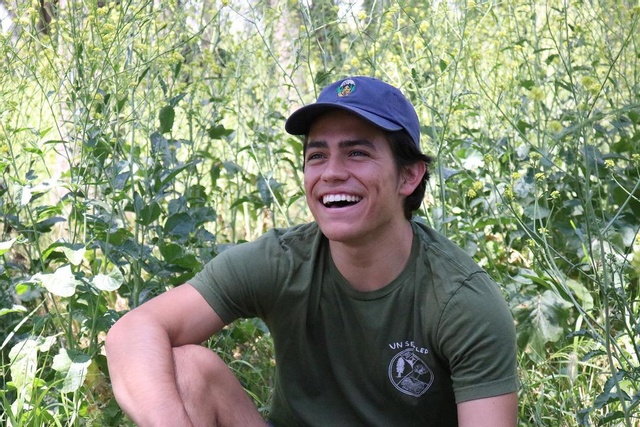 Anthony Barajas, a TikTok personality who was put on life support after he and a friend were shot at a movie theater in Corona last week, has died, police said. Investigators said the killing of Barajas, 19, and Rylee Goodrich, 18, was unprovoked. The suspected shooter, Joseph Jimenez, didn't know the victims, they said. A friend of Barajas wrote on Twitter that he was “wheeled down an ‘honor walk’ where he would ultimately donate his organs so others may live.” Press-Enterprise | A.P.

Everyday workers can't afford to live in Coronado, where the median home price is more than $2 million. That's why the San Diego Bay community was ordered under a state mandate to build 912 new homes, most of them affordable, within eight years. Coronado's official response, in short: no chance. Their plan instead, City Council members explained, is to wait things out as communities across California revolt against housing mandates, tying up the process in litigation. KPBS 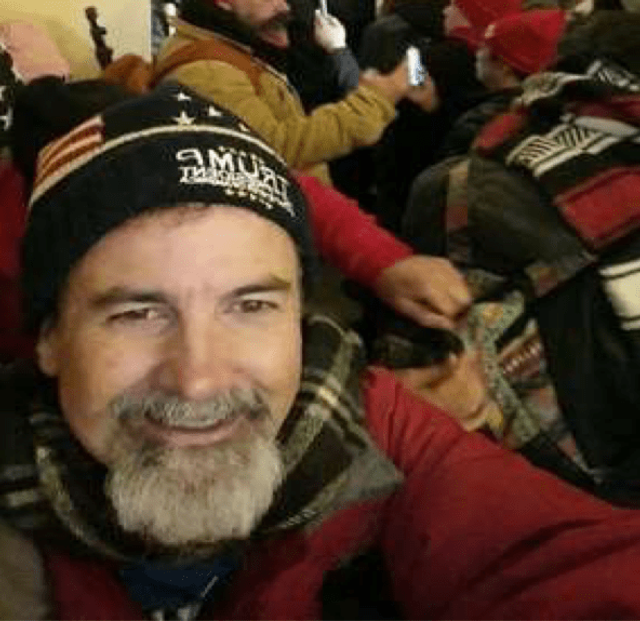 Glenn Brooks at the Capitol on Jan. 6.

A Huntington Beach man was arrested after he texted his church group a selfie from the Jan. 6 Capitol siege and a member of the group in turn alerted the FBI. Other pictures showed Glenn Brooks, 61, the owner of a remodeling firm, climbing into the Capitol through a broken window. He faces federal charges of unlawful entry and disorderly conduct on restricted grounds. O.C. Register | CBSLA 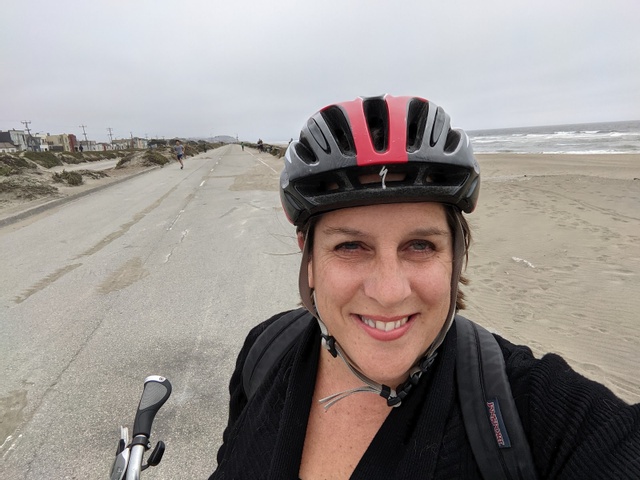 … Marina Psaros, a climate change planner, sustainability strategist, and author of "The Atlas of Disappearing Places: Our Coasts and Oceans in the Climate Crisis."

A: A kelp forest. I fell in love with California’s underwater world the first time I went scuba diving in the Monterey Bay. If you aren’t able to dive, you can still experience this lovely ecosystem at one of California's science museums (California Academy of Sciences in San Francisco, Monterey Bay Aquarium, Science Center in LA, Birch Aquarium in San Diego).

The best book I've read lately is the “Mythic Odysseys of Theros,” a Dungeons & Dragons campaign sourcebook. Playing D&D over Zoom with friends and my multigenerational family has been one of the bright spots of the pandemic. Connecting through shared storytelling and puzzle-solving has smoothed over some of the conflict that comes from being in a family full of very different political views.

Hook Fish in San Francisco’s Sunset district. They tell you exactly where your fresh, clean, tasty seafood comes from. Their mission is to support local fishermen and the menu in the window has sketches and information about each boat that caught your food. They also have delicious fried avocado tacos for your vegan companions.

Wait, 3 invitees plus me is a double date, not a dinner party!

Assuming one needs at least six for a dinner party, I would invite Ali Wong, Sally Ride, Ursula K. Le Guin, Amanda Gorman, and Megan Rapinoe. All of these incredibly talented women busted through barriers in their fields. I’d want to hear about what kept them going when things got hard and who their intentional and unintentional mentors were. To break the ice at the beginning of the evening, I’d ask Megan to teach us how to dribble while Ali did play-by-play commentary of our learning process.

We’re seeing some very real effects of climate change right now. What would you say to someone who says to you, “I don’t know if I can live here any longer”? Is there a way out of what’s already happening?

The bad news: climate change in California will mean more fires, floods, droughts, and heat, and we will lose some of the people, places, and experiences that we love. The good news: California has been planning for climate change longer than almost any other state. In the coming years, I hope to see a mix of strategies in place, from adaptation (where we plan for impacts, like elevating roads to move them out of the way of rising seas), to mitigation (ending fossil fuel energy dependence to decrease greenhouse gas emissions), and managed retreat (moving away from places that become too costly for taxpayers to maintain or rebuild). But even if you wanted to leave California, it’s important to remember that climate change will have negative impacts all over the U.S. For now, I’m staying right here to help make my community the best place it can be for our climate-disrupted future.