Good morning. It's Wednesday, May 15. 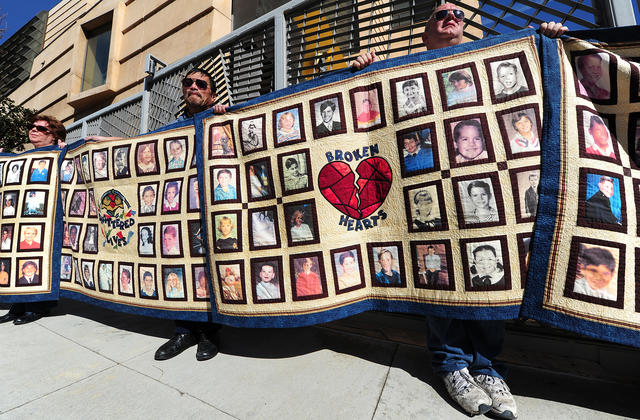 Demonstrators displayed a quilt with the faces of clergy sexual abuse victims in Los Angeles in 2013.

The Roman Catholic Archdiocese of Los Angeles, the largest in the nation, along with five other California dioceses announced a program to compensate victims of clergy sexual abuse. The fund, to be administered by a pair of East Coast lawyers, will be open to all clergy abuse victims, even those whose cases are too old to bring to court. In return, those who accept payments must agree not to sue.

Gov. Gavin Newsom has shown a pattern of botching grand promises. A plan to punish cities for failing to build housing was postponed. Investment in affordable housing that he portrayed as a sure thing turned out not to be. And when he unveiled his plan for a sales tax exemption on diapers and tampons, he omitted a key detail: It would only last two years. An analyst said Newsom's approach contrasts sharply with that of former Gov. Jerry Brown: "He rarely made promises he couldn't keep." 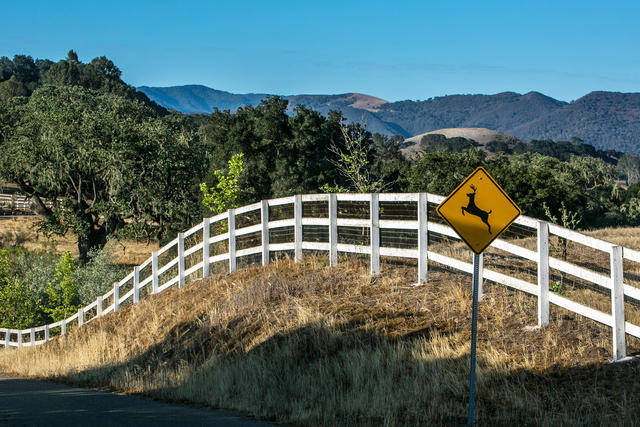 A wildlife warning near Solvang.

A new state measure would let culinarily adventurous Californians cook up roadkill. The state's ban on salvaging recently deceased wildlife is an artifact of hunting laws: No tag means no deer. Environmental groups actually like the so-called "roadkill bill" in part because the animals likely suffer less than their incarcerated counterparts. CALmatters

You may want to pair your tenderized meat with some canned wine. The industry has been skyrocketing in sales. Some of it's pretty good, a wine critic said. N.Y. Times

California's lagging population growth means the state is now on track to lose at least one congressional seat after the 2020 Census. An analyst predicted a representative would likely be subtracted from a part of Los Angeles currently represented by Democrats. California had a growth rate of 0.47 percent in 2018, the slowest in the state's history. 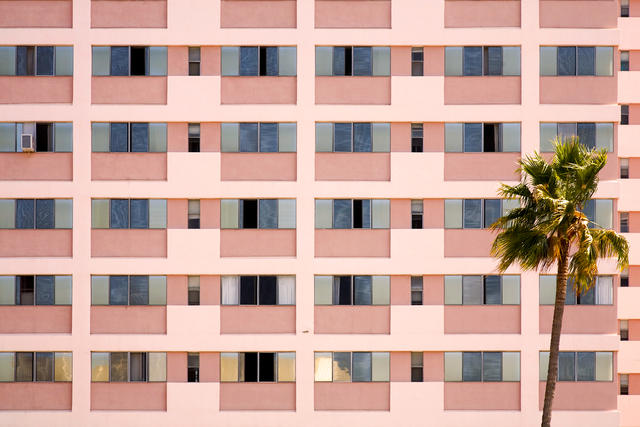 The living options are cramped for average earners in Los Angeles.

An analysis compared the median incomes among renters and the average rent in major American cities to show how many square feet you could expect if you spent no more than 30 percent of your income on rent. Turns out the estimate in San Francisco, at 407 square feet, beat that of Los Angeles, at 333 square feet. Doubling both of those theoretical apartment sizes was Bakersfield, where you could get 862 square feet. RENTCafé | CNBC

A new era of development is sprouting in Bakersfield. "You're beginning to see a city of half a million support innovation and change," a local architect said. Curbed

San Francisco became the first city in the country to ban the use of facial recognition software by the police and other city agencies. Authorities have used the technology to help identify crime suspects. But privacy advocates warn of potential abuse as it creeps into airports, stores, stadiums, and other places. "We can have good policing without being a police state," the measure's author said.

San Francisco leaders have been largely ambivalent, silent, or supportive after a police raid of a reporter's home. That's despite norms going back decades that protect journalists who decline to identify confidential sources. One county supervisor even suggested reporters who obtain leaked government documents are breaking the law. Berkeley's journalism school dean cited a national climate of antagonism toward the press. "It feels as if this anti-press sentiment has penetrated even liberal San Francisco," he said. S.F. Chronicle | Washington Post

Audrey Cooper, S.F. Chronicle editor in chief: "If you believe only the far right relishes bashing the press to distract from core issues, let me introduce you to San Francisco City Hall." S.F. Chronicle 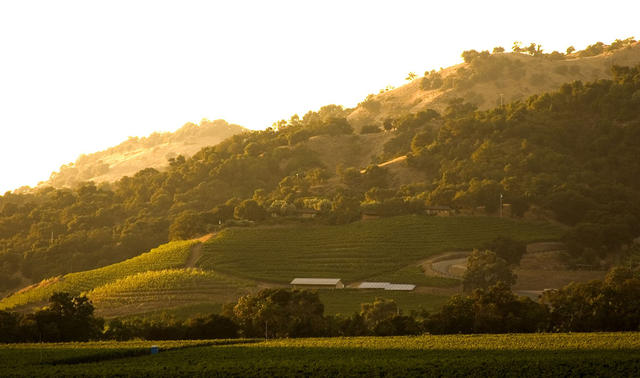 Wine industry professionals are being priced out of the golden hills of Napa Valley.

Land prices in Napa Valley have made owning a small vineyard out of reach to all but corporations and titans of the 1 percent. Diana Lucz and Steve Lawrence, longtime Napa wine veterans, fled for Bordeaux, the French wine-growing region, where they bought a 7-acre property with 63-year-old grapevines, a working winery, a home, and a guest house. Price: less than $500,000. "We couldn't have even bought a two-bedroom fixer-upper in Napa for that," Lawrence said. 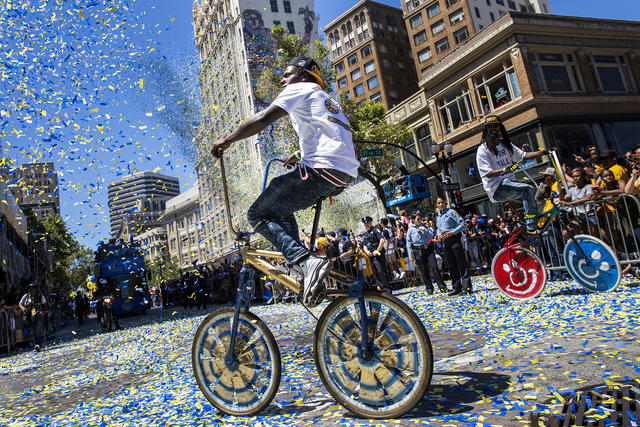 "We always coming out with something new in the O."

First, Oakland car culture embraced scrapers — often 1980s-era Buicks or Oldsmobiles made fabulous — then came scraper bikes. The two-wheelers are modified with candy-colored spokes, frames to match, and lifted seats. Since emerging in the early aughts, the subculture has grown into a creative outlet for underserved young people and a catalyst for green activism. Here's a short documentary by Grit Media. Also: the viral hit "Scraper Bike." 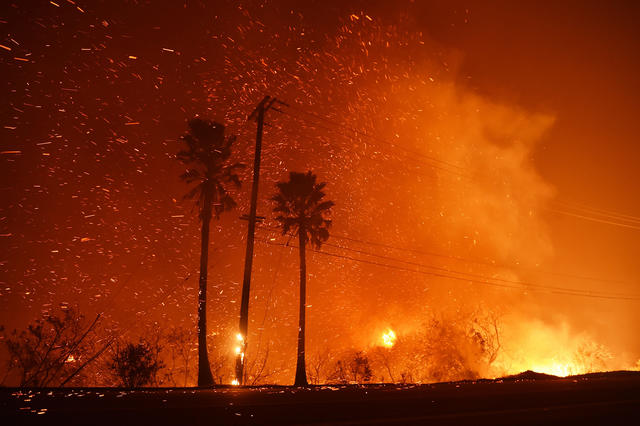 Climate journalist David Wallace-Wells came to Los Angeles after its most destructive fire ever expecting to encounter a populace gripped by panic. Instead, he found a city rapidly normalizing to the brutality of climate change. "No one I spoke with who lost a home expected a long reprieve from fire, but all planned on rebuilding anyway — to do otherwise would mean losing their insurance money. The new houses get bigger." N.Y. Magazine 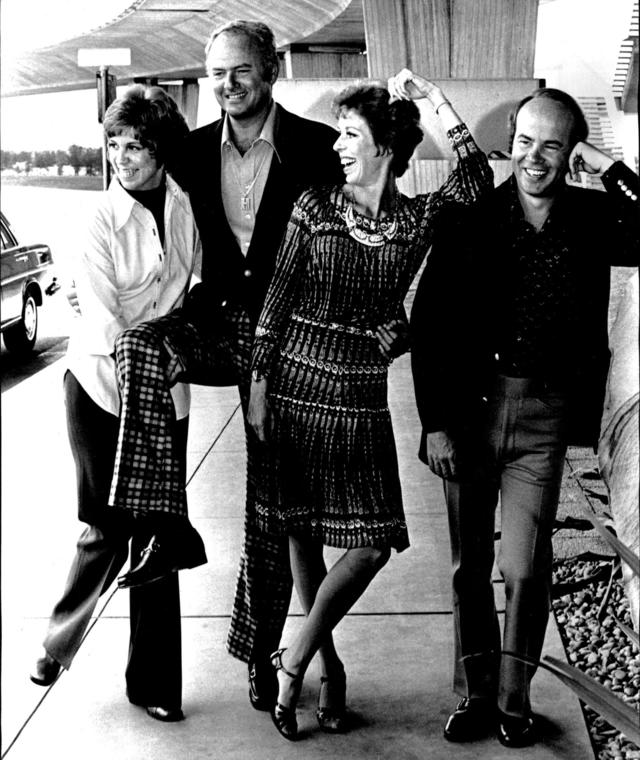 The comedian's comedian best known for his work on "The Carol Burnett Show" became the third Hollywood legend to die in recent days. Conway was among the entertainment industry's most enduringly popular clowns, portraying goofballs and hapless bumblers for more than half a century. He once told the L.A. Times he was born funny: "I am not really qualified to do anything but screw up." He was 85. N.Y. Times | L.A. Times

Here's a skit by Conway and Harvey Korman that some were recalling as among the funniest in the history of television. YouTube

The former business manager of the late comic book legend Stan Lee has been charged with felony elder abuse. Last year, Lee's daughter accused Keya Morgan, 43, of manipulating the mentally declining Lee, preventing him from seeing family and friends, and trying to take control of his money. A warrant for his arrest was issued.

San Diego approved a law prohibiting homeless people from sleeping in vehicles. Residents had complained about a flood of homeless people living in cars near the beach. "I don't like to come home anymore," one seaside resident said. "When did we fall so far as a society that we're trying to normalize people living in their cars?" Opponents of the law said it criminalized poor people. "It's basically poverty Apartheid," a homeless advocate said. 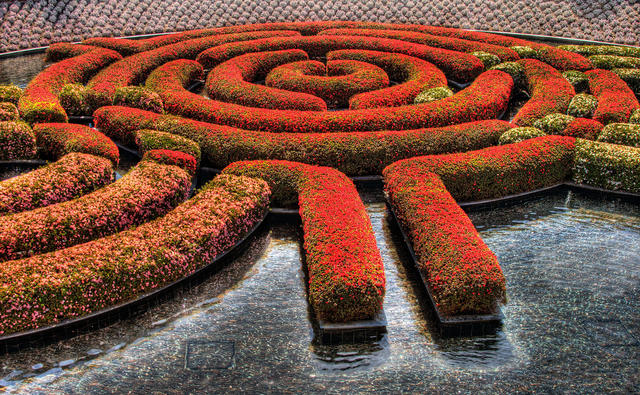 A vintage shopper's paradise, a mansion out of a Jane Austen novel, and a magical neighborhood with "secret stairs." Curbed rounded up the 26 best things to do in Los Angeles.

At No. 3 is the Getty, one of the city's most breathtaking places. It has a 134,000-square-foot circular garden, pictured above, panoramic views from atop a ridge, and lots of art. Now on display: ancient Greek and Roman sculpture and medieval contemplations of the cosmos. Admission is free (except for parking). 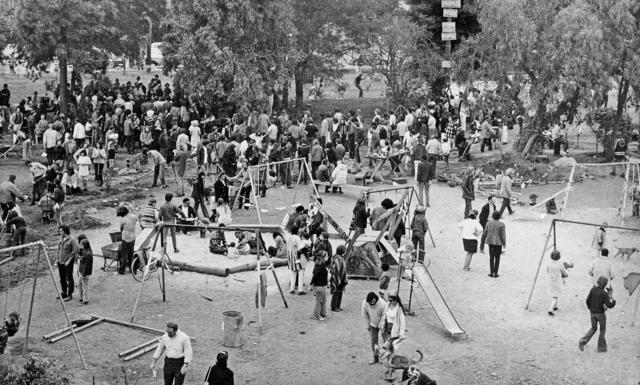 Peoples Park, pictured on May 12, 1969, was transformed into an inviting place. But it was short-lived.

On this day 50 years ago Berkeley turned into a war zone.

In the spring of 1969, with the Bay Area enveloped in the spirit of the counterculture movement, thousands of people spontaneously transformed a neglected lot near the U.C. Berkeley campus into a park with flowers, brick paths, and swings.

Then on May 15, the university, which had acquired the lot ostensibly to create student housing, erected a fence around the park and began dismantling its structures. A protest erupted. Law enforcement arrived in force and began firing, leaving one demonstrator dead, another blinded, and dozens more wounded. It became known as "Bloody Thursday." 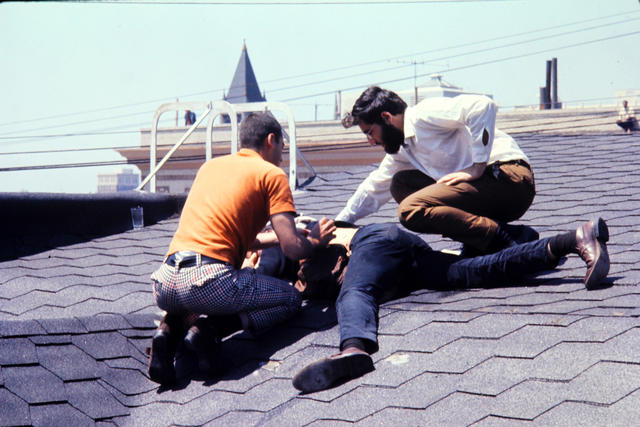 Two men tended to James Rector, who was fatally shot by sheriff's deputies on May 15, 1969.

As unrest mounted in the following days, more than 2,000 Army National Guard troops occupied Berkeley. Gatherings were banned, and a 10 p.m. curfew was set. A helicopter tear-gassed the university's Sproul Plaza.

The standoff culminated on Memorial Day with a protest march attended by as many as 30,000 people. Young girls slid daisies down the muzzles of bayoneted National Guard rifles. It was the largest demonstration in the city's history.

Gov. Ronald Reagan, whose disdain for hippies was barely disguised, later defended the use of military force in Berkeley: "If it takes a bloodbath, let's get it over with. No more appeasement." 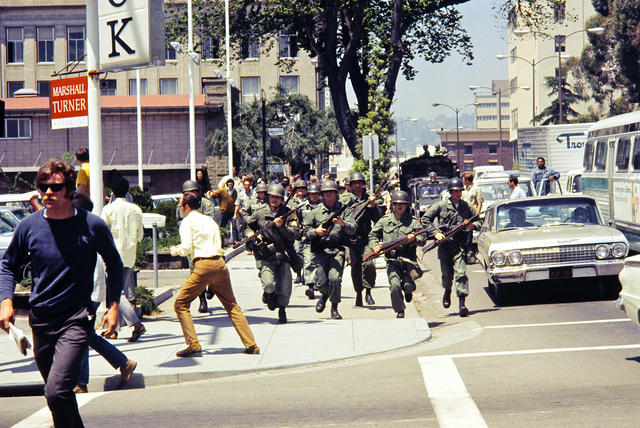 Over the years, People's Park remained a hub of contention, with periodic protests and projects that came and went. It is seen today as both a sacred symbol of the 1960s and a menacing haven for drug users and the homeless.

Last year, with U.C. Berkeley in the throes of a housing unaffordability crisis, plans were unveiled, again, to build student dorms in People's Park. "Whatever one thinks of the ideals that motivated the creation of the park, it is hard to see the park today as embodying those ideals," Chancellor Carol Christ told the East Bay Times.

Berkeleyside published an account of how 11 years of radical thought set the stage for the People's Park conflict, and Flashbak has a bunch of great historical photos. Also: On display now at the Berkeley Historical Society: "People's Park — Fifty Years."