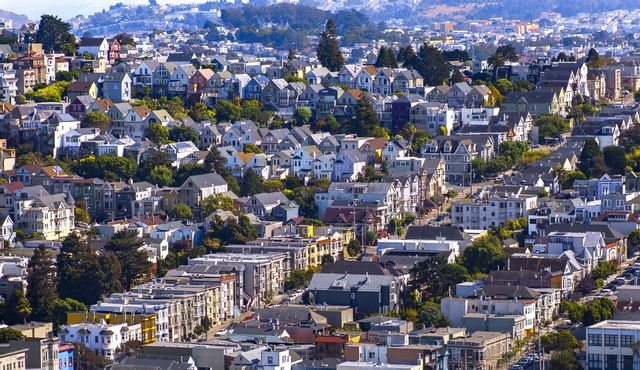 Affordable housing advocates want to make it easier to build.

As California contends with a severe housing shortage, critics say a powerful constituency is pushing for a new legislative provision that would make it even harder to build. California's construction unions want to force developers to hire union labor, adding to a litany of obstacles already impeding production of affordable housing. A group advocating for affordable housing said it found no comparable restrictions in other states. Bloomberg | CalMatters

At Madera South High School, students learning remotely turned off their cameras or pointed them at the ceiling. Others watched YouTube and slept. Many failed. Yet the district reported 95% attendance, a figure that school officials acknowledged was misleading. “It’s inflated," one said. "I mean, it’s absolutely inflated." Valley Public Radio produced a scathing look at how official statistics obscured a lack of student engagement during distance learning. 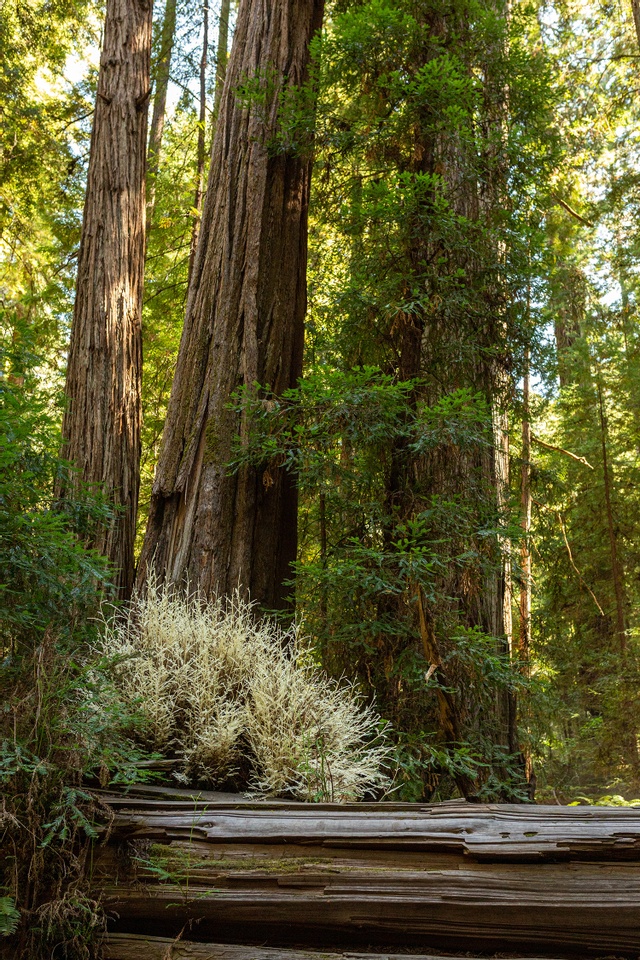 Some scientists think albino redwoods suck up toxins for the good of the forest.

When the arborist Tom Stapleton first stumbled upon an albino redwood in 1996, he had no idea what he was looking at. “I thought, this has got to be the most unusual thing I've ever seen,” he said. “It almost looked fake.” Albino redwoods lack chlorophyll, the stuff that makes plants green, leaving them bone-white. One of California's rarest trees, many are now stressed and dying because of the drought. SFGate.com

As in the rest of California, you don't have to wear a mask anymore in San Francisco, where more than 80% of residents over age 12 have received at least one vaccine dose against the coronavirus. Yet during a survey at a grocery store last Thursday, of 66 shoppers that exited, all but three wore masks. It's the same across the Bay Area. A vaccinated woman who shopped barefaced said masked patrons gave her cold stares. "It was awkward," she said. "It definitely made me want to wear a mask." S.F. Chronicle 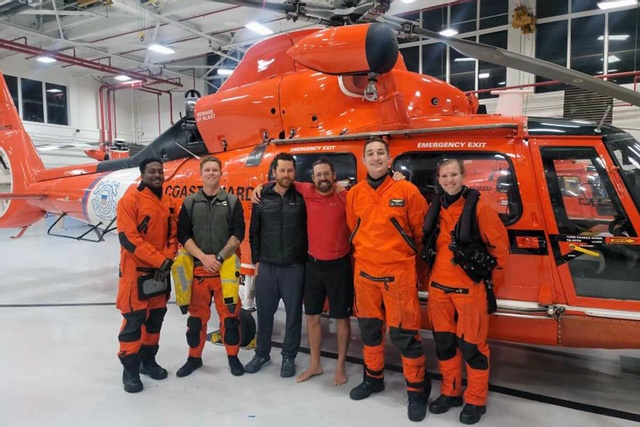 Kayaker Cyril Derreumaux with the Coast Guard helicopter crew that rescued him on June 5.

When a Marin County man tried to kayak from California to Hawaii last month, he didn't last long. After just six days on the water, he called the Coast Guard for a rescue off the coast of Santa Cruz. The cost to taxpayers: $42,000. That led a lot of people to wonder: Who should foot the bill for rescues when people take risks that are, as one commenter put it, "kind of dumb"? S.F. Chronicle

Weeks after a deadly mass shooting at a rail yard, San Jose passed legislation requiring video and audio recordings of all retail firearms sales, making it among the first major American cities to do so. The step was included in a 10-point plan outlined by Mayor Sam Liccardo to curb gun violence. Another of its more controversial proposals: Requiring all gun owners to buy gun liability insurance. NBC News 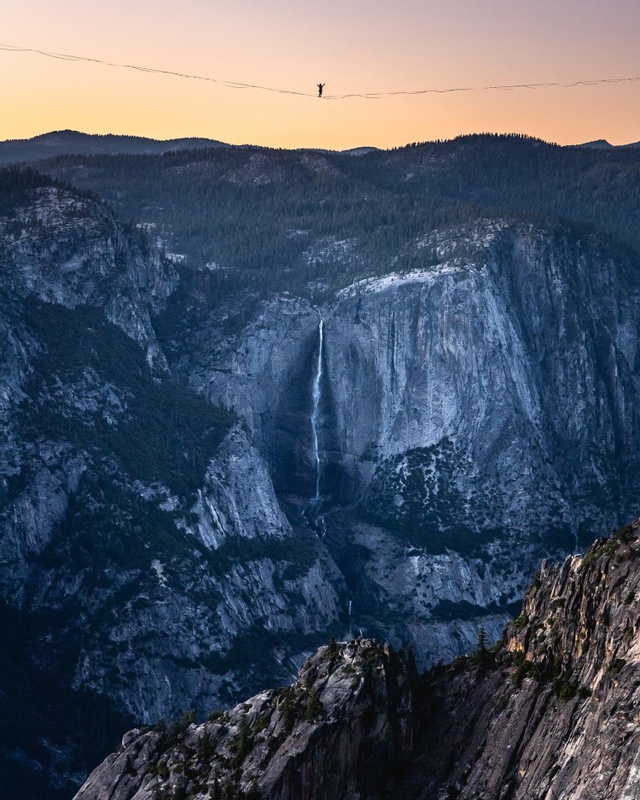 Daniel Monterrubio walked a highline off Taft Point above Yosemite Valley on June 12.

Two brothers from San Francisco say they set the record for the longest highline ever traversed in California. Moises and Daniel Monterrubio, along with a group of friends, strung a narrow strip of fabric some 2,800 feet — about half a mile — across a gap along the south side of Yosemite Valley. The rigging was arguably the most challenging part, requiring six days of work in difficult terrain. The walks across, which were tethered, took less than an hour. S.F. Chronicle | A.P.

Richard Ceballos, a longtime deputy district attorney in Los Angeles County, supported the election bid of District Attorney George Gascón last year. Then Gascón's administration ordered him to go lighter on an alleged MS-13 gang member accused of stabbing a transgender woman. “I so regret endorsing him or giving him any money,” Ceballos said. “I’m a progressive prosecutor. I don’t think he’s progressive. He’s reckless and dangerous.” Ceballos' frustrations were included in a front-page story in the N.Y. Times on the effort to recall Gascón. 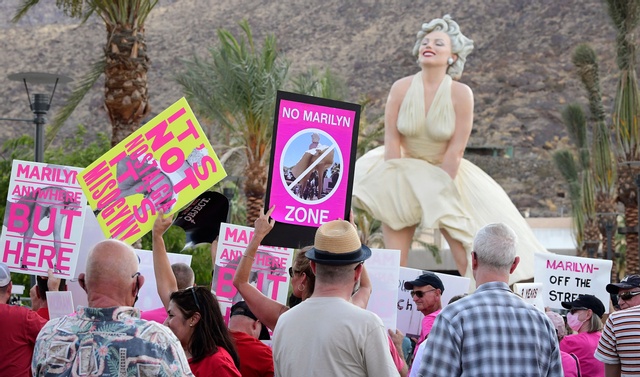 Protesters gathered in front of the "Forever Marilyn" statue in Palm Springs on Sunday.

Opponents have called it "hypersexualized," "misogynist," and "an example of upskirting." Even so, "Forever Marilyn," a 26-foot-tall statue depicting Marilyn Monroe with her skirt flying up, was formally installed in downtown Palm Springs on Sunday, capping months of contentious debate. Standing in front of Marilyn's giant calves, Mayor Christy Holstege said the artwork would lift spirits. "If there is anything we need today," she said, "it is more smiles on the people that we encounter." Palm Springs Life | Desert Sun

Video showed the man put his hands up as a San Bernardino County sheriff’s deputy approached. He lay down on the pavement, clearly surrendering. The officer then took several steps as if winding up for a football kickoff and kicked the man in the head. Then he kicked him again. The deputy is now under criminal investigation. Undersheriff Shannon Dicus called the incident "unfortunate." Press-Enterprise | A.P.

The largest creature known to have ever existed, the blue whale seems to belong to its own category of life. It has a tongue as heavy as an elephant, a heart that drops as slow as two beats per minute, and vocalizations among the loudest of any animal on earth — audible to other blue whales as far as 1,000 miles away. To witness a blue whale breach the ocean’s surface and send a spout 30 feet into the sky is a delight few get to experience. But one of the best places to try is the California coast, where a population of blue whales thought to be the world’s largest visits every summer in search of krill. Some whale-watching groups have already reported sightings. A drone operator with Newport Coastal Adventure captured this gorgeous video of a blue whale shooting a rainbow from its blowhole last week. 👉 @newportwhales 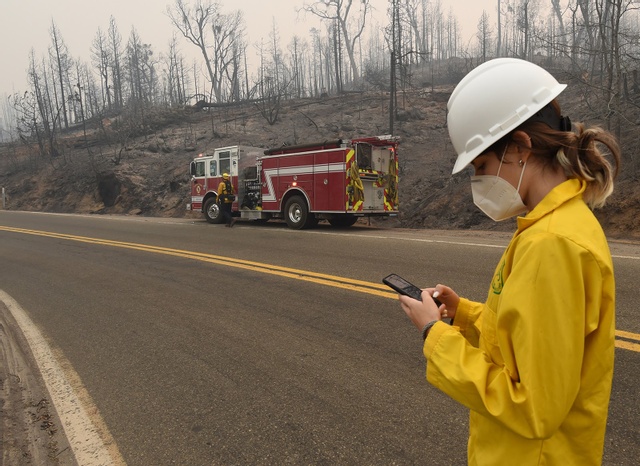 Manuela Tobias reporting on the Creek Fire in Fresno County in 2020.

A: I just went backpacking in the Sierra Nevada mountains in Fresno County and it was wonderful. I think Fresno gets a bad rap for the wrong reasons, and I want the rest of the state to appreciate its natural wonders.

I have been listening to old episodes of Gimme Shelter, a podcast co-hosted by CalMatters and The Los Angeles Times that breaks down the state’s housing affordability issues — which Liam Dillon and I will be relaunching this week!

I just moved from Fresno to Sacramento so I’m accepting recommendations right now, especially for real tacos. My go-to has been the spicy tuna roll from Mikuni, which I don’t think is hidden but definitely a gem.

Kendrick Lamar, Tupac, and Joni Mitchell. They’re my favorite artists and all manage to capture the spirit of this place in very different, powerful ways. I would ask what the California of their dreams looks like and how we get there.

In your time reporting on the housing shortage in California, what's a factor that has surprised you the most? And do you see a way to address that particular factor?

I think the most surprising thing about California housing is how polarized its politics are, but how little party affiliation has to do with it. Interest groups are very siloed and have divergent visions for reaching similar goals, like nearing racial equity or building more housing. I think if anyone had the answer to that we wouldn’t be in this mess, but I do think more communication and collaboration across interest groups would help, as well as inviting more people into the conversation who are deeply affected by the affordability crisis, outside of the usual suspects in Sacramento or the Bay Area.