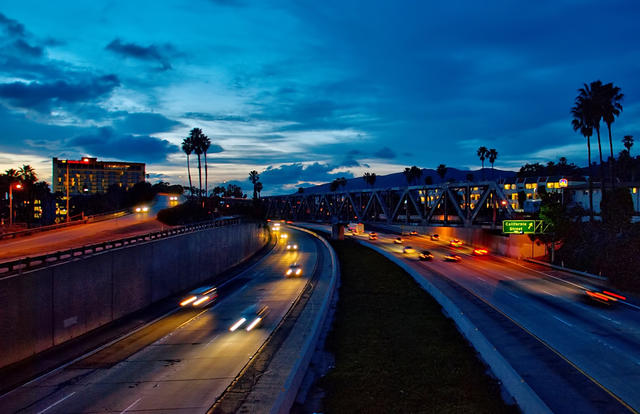 President Trump is said to be enraged by California's pact with four automakers to oppose his rollback of auto emissions standards. Sources told the N.Y. Times that the administration summoned industry executives to the White House to press them to stand by the president's initiative. So far Honda, Ford, Volkswagen, and BMW have sided with California, and two more are expected to disregard the Trump proposal. "You get to a point where, if enough companies are with California, then what the Trump administration is doing is moot," an economist said. N.Y. Times 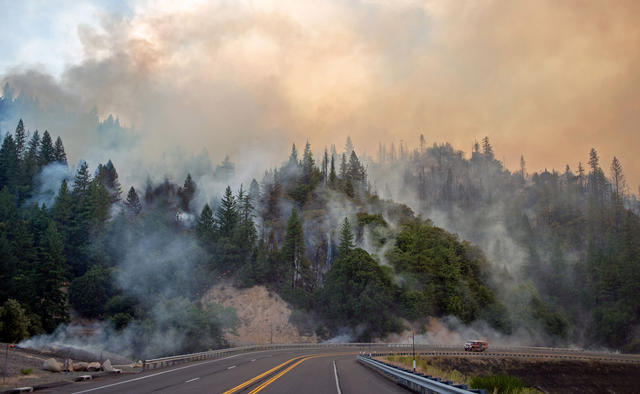 California regulators knew homeowners in fire-prone areas were increasingly being dropped by insurers. Now there are statistics to prove it: More than 340,000 rural homeowners were dropped in four years. One expert said we are not far from a scenario where coverage for weather-related events simply becomes too expensive. "What happens then is the big question." Sacramento Bee | N.Y. Times

Homeowners say PG&E is going too far in its rush to cut back the forest to prevent wildfires. Redwoods near one man's home were stripped of limbs for 60 feet up their trunks. S.F. Chronicle

The U.S. Department of Education opened investigations into UC Berkeley, UCLA, USC, and other universities over their use of female-only science programs. Many universities have offered scholarships and programs to women in an effort to redress gender imbalances in STEM fields. But some groups say they amount to sex discrimination against men. "We're not a society based on quotas," a critic said, "we're a society based on fairness." L.A. Times 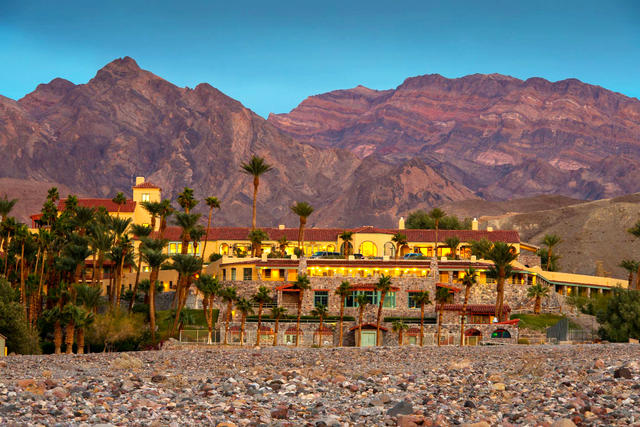 A hotel at the Oasis at Death Valley was redone to evoke its 1920s heyday.

The Oasis at Death Valley

Architectural Digest called The Oasis at Death Valley one of the world's 11 most beautiful national park hotels. Located just down the road from Zabriskie Point, it has spring-fed pools, horses for desert rides, and the world's lowest-altitude golf course. Also included in the top 11: La Quinta Resort & Club near Joshua Tree National Park. Architectural Digest

In Death Valley, the dunes literally groan with a sound akin to a Tibetan gong. Have a listen. National Geographic/YouTube

San Mateo is creating a sleeping barracks for its police force. Why? Officers have been forced by soaring housing costs to live so far away that they've been sleeping in their vehicles between shifts rather than driving home. Not helpful: San Mateo County has about 12 jobs for every one housing unit. S.F. Chronicle 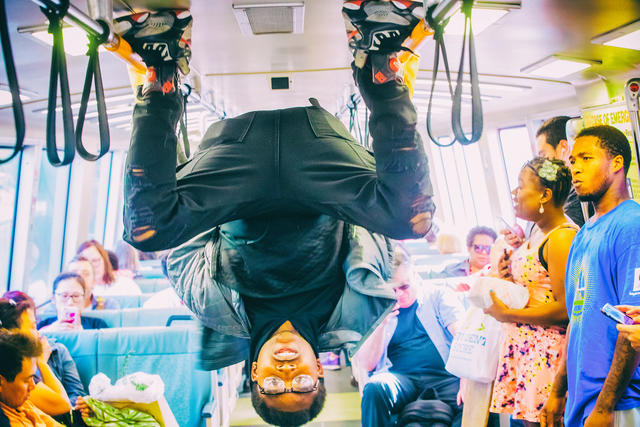 Some passengers don't want to be bothered.

A BART director is pushing to ban panhandling in the subway system — and not just the in-your-face style of solicitation. Buskers with a donation hat would be barred too. "In my mind, it comes down to: You're stuck in a railcar that's moving very fast, and there's nowhere you can go to avoid it," Director Debora Allen said. S.F. Chronicle | SFist

Are panhandlers getting rich? One survey found that the majority make less than $25 a day. SFGate.com

"No one else dresses like that here. He carries himself with confidence. I always shake my head a little and think, 'That dude is brave.'"

Far from the subcultures of San Francisco and Los Angeles, it can be hard to be gay in California. The L.A. Times profiled a gay shopkeeper who stands his ground in the hardscrabble Central Valley town of Mendota. By doing so, he's carving out a space for others. L.A. Times 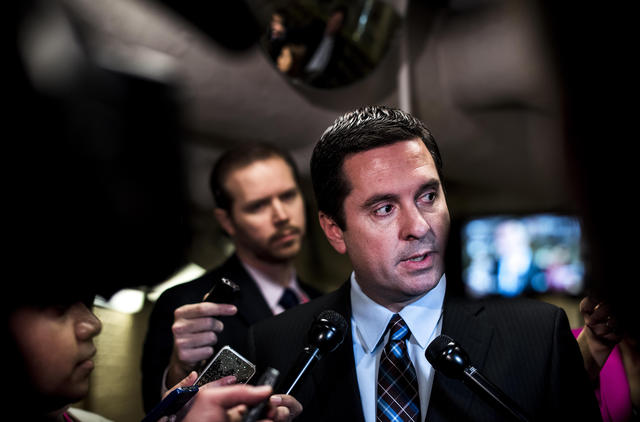 Rep. Devin Nunes has used the courts to go after his critics.

Rep. Devin Nunes followed through on a vow to sue McClatchy, owner of the Fresno Bee, accusing it of a "scheme to defame plaintiff and destroy his reputation." Earlier this year, the Central Valley Republican launched a similar defamation lawsuit against Twitter, a Republican political strategist, and the authors of two parody social media accounts. He's also suing four Californians who challenged his credentials as a farmer. Fresno Bee 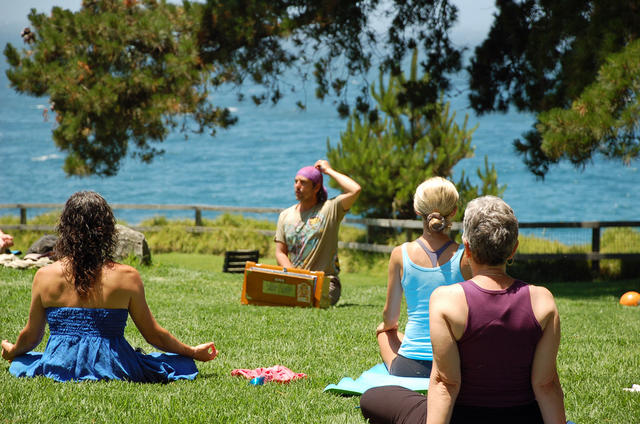 Silicon Valley executives, gripped by a crisis of conscience, are looking for answers at Esalen, the fabled laboratory of human potential on the Big Sur Coast. One puzzle: Are they the pariahs or the victims? "No CEO wants to go to sleep at night thinking, I built something that is causing massive psychological harm," one app maker said. New Yorker

San Francisco startup DoorDash vowed to change its ways after being exposed for pocketing workers' tips. Nearly a month later, they're still doing it. recode 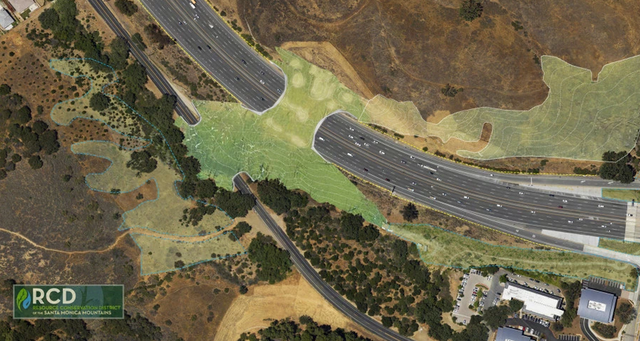 A rendering of a planned wildlife crossing in Agoura Hills.

RCD of the Santa Monica Mountains

“When the freeway went in, it cut off an ecosystem."

Southern California is planning a wildlife corridor across the U.S. 101 northwest of Los Angeles that will be the largest in the world — stretching 200 feet above 10 lanes of busy freeway. It will give mountain lions and other animals stuck in the Santa Monica Mountains a safe route to food and potential mates on the other side. Biologists hope it will help fend off extinction of species that require room to roam. A.P.

Fun fact: Mountain lions once ranged more extensively than any other mammal in the Western Hemisphere. That's why they have so many names — including puma, cougar, panther, and catamount. Mountain Lion Foundation

Wilfredo Vides was a gang intervention counselor, paid by a publicly funded nonprofit to keep kids out of gangs. But prosecutors say he was also an active MS-13 gang member who has now been accused of being a central figure in a series of brutal MS-13 killings across the San Fernando Valley. L.A. Times 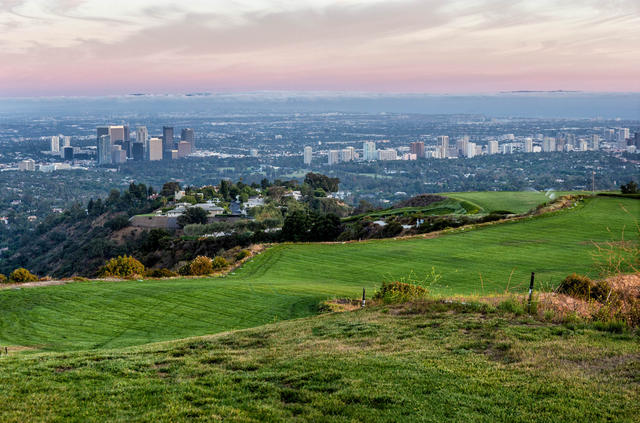 A 157-acre parcel stretches across the highest point in Beverly Hills.

"The Mountain," a magnificent Beverly Hills property with panoramic views of the Los Angeles basin, was once listed for an astronomical $1 billion. It was just auctioned off for $100,000. What happened? Any buyer would have had to bid at least $200 million to pay off the lender's debt on the property. None did. So it went to the lender — for 1/10,000th of a billion dollars. L.A. Times | Curbed Los Angeles

"Governor Newsom and Other Democrats are Worsening the Housing Crisis"

Those are just some of the totally neutral headlines from San Diego News Desk, a recently launched news website. (According to the fine print, the publication is "paid for by the Republican Party of San Diego County.") S.D. Union-Tribune 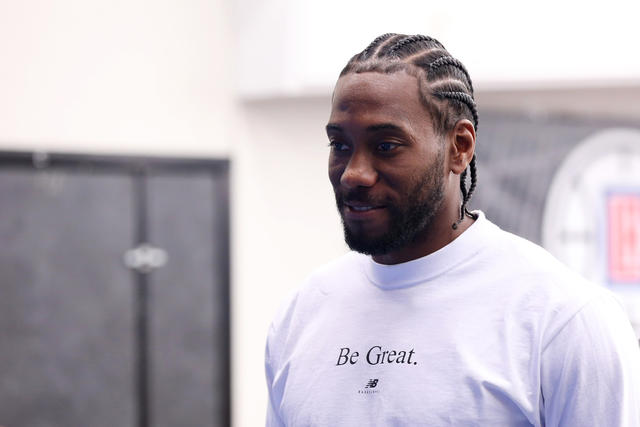 Kawhi Leonard, Los Angeles native and newly signed Clipper, announced that he was teaming up with charitable partners to give away 1 million new backpacks. The recipients include every student in the Moreno Valley, Inglewood, and Los Angeles school districts. "This felt like the right way to get started," Leonard said. Sports Illustrated | CBSLA

An earlier version of this newsletter misstated the location of La Quinta Resort & Club. It's located about 30 minutes from Joshua Tree National Park, not within the park.