Last week, Gov. Gavin Newsom declared PG&E "no longer exists," doubling down on a state takeover of the beleaguered utility. This week, State Sen. Scott Wiener introduced a bill to make it happen, a potentially dramatic shift designed to put safety ahead of shareholder profits at California's largest utility. "It will put an end to the dangerous roller coaster ride that we have been on with PG&E for the last decade," he said. Sacramento Bee | A.P. 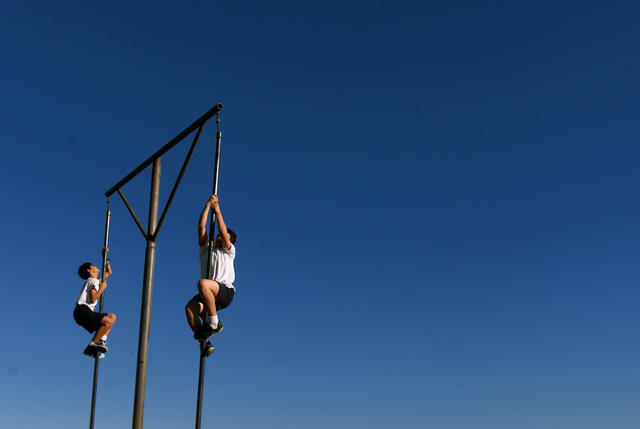 Students climbed a pole during gym class in Lenox.

Newsom has proposed doing away with fitness tests given to all fifth, seventh, and ninth graders in California. Required by state law, the tests measure everything from aerobic capacity to flexibility and upper body strength. Critics say the physical assessments lead to bullying and shaming, especially for students who are disabled or transgender. Politico

As the rest of the field descended on Iowa for the nation's first Democratic primary contest, Michael Bloomberg was at a Sacramento coffee shop. The former New York mayor has already poured $35 million of his personal wealth into ads in California, more than all of his opponents combined. By the end of next week, he plans to have 800 staffers posted across the state. L.A. Times | The Hill

California's primary is March 3. Here's everything you need to know. CalMatters

A University of California faculty task force recommended keeping the SAT and ACT tests as part of the admissions process, citing data that they may actually help boost enrollment of disadvantaged students. The recommendation was a setback for groups pushing U.C. leaders to drop the tests on the grounds that they fail to adequately predict success. A final decision was expected in May. EdSource | L.A. Times 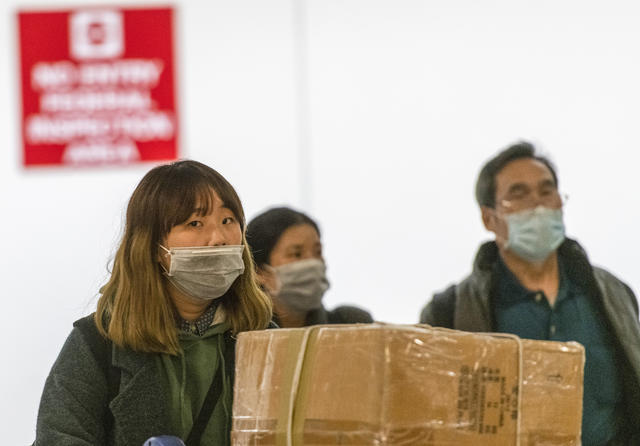 "Arriving at SFO is like stepping into a contagion movie."

The Bay Area has the highest concentration of coronavirus cases in the U.S. Stringent travel restrictions at San Francisco International Airport are causing waits as long as five hours in customs lines, which are filled with people wearing masks. SFist | Mercury News 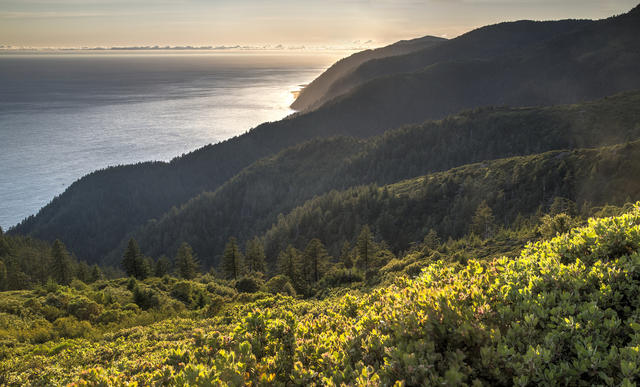 The North Coast could end up delivering much its wind energy to the Bay Area.

The North Coast has some of the most powerful offshore winds in America, and efforts to harness it are now well into the planning stages. But there's a problem. The region is so thinly populated, the demand is too small to consume all that energy. One idea: a subsea cable extending all the way to San Francisco. Greentech Media | Lost Coast Outpost

Impossible Foods, the Redwood City-based darling of alt-meat, is striking fear into men across the land: That its burgers will turn them into women. In December, a cattle veterinarian from South Dakota published the claim that Burger King's Impossible Whopper, which uses patties from Impossible Foods, contains 18 million times as much estrogen as a regular whopper. Eat too many, he wrote, and you could "grow boobs." (Spoiler: That's not true.) Washington Post | The Atlantic 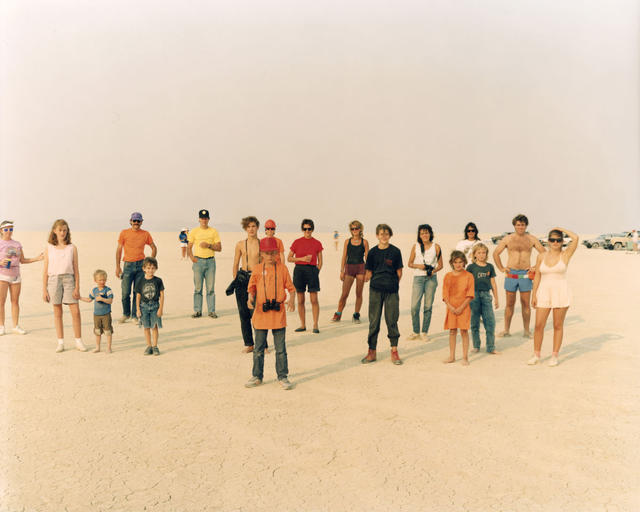 Burning Man tickets will start going on sale soon for a whopping $475 a pop. It wasn't always so. In 1987, Richard Misrach, the acclaimed photographer of the American desert, stumbled upon a scene out of Alice's wonderland in Nevada's Black Rock Desert. His images, long stashed away, captured the quaint early days of the hedonistic art party founded in San Francisco. California Sunday Magazine

Now at the Oakland Museum of California: "No Spectators: The Art of Burning Man." 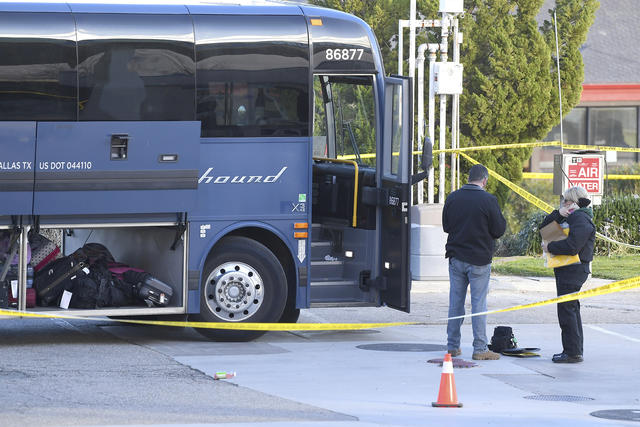 Investigators responded to a Greyhound bus after a passenger was killed in Lebec on Monday.

A man opened fire on a Greyhound bus traveling on Interstate 5 through Kern County, killing a 51-year-old woman and wounding five others. A suspect was arrested. The authorities said a motive was unclear but did not appear to be terror-related. Witnesses said the gunman had been muttering incoherently and began shouting suddenly before shots rang out. Bakersfield Californian | A.P.

A Los Angeles program was set up to ensure that communities of color battered by the war on drugs would benefit from the legalization of marijuana. It hasn't been working so great. Of nearly 200 cannabis dispensaries in the city, just six are black-owned. "This was supposed to be our reparations," said a woman charged with a marijuana offense in 1983. The Guardian 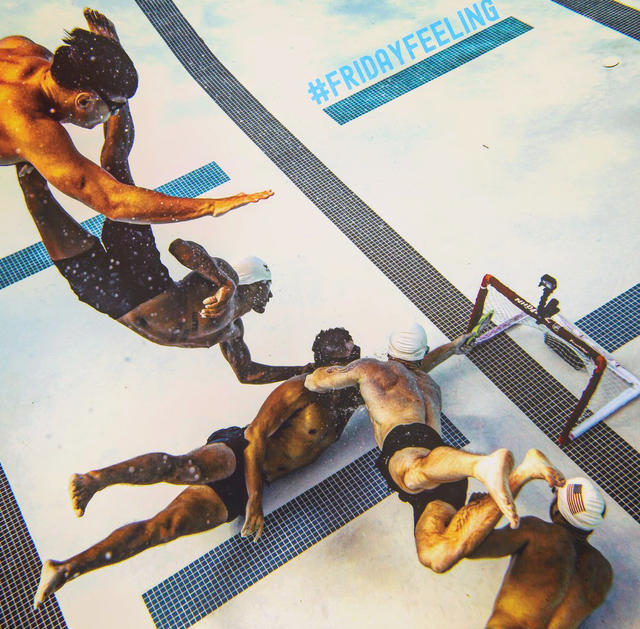 Underwater torpedo began as a sport within the military.

A new sport invented by military special forces members in San Diego has exploded in popularity. Played almost entirely underwater in a swimming pool, opposing teams try to score goals with a torpedo-shaped toy. Among its growing tribe of players are NFL players, pro surfers, UFC champions, and Olympic swimmers. Here's an introduction to the wild world of the Underwater Torpedo League. Outside magazine 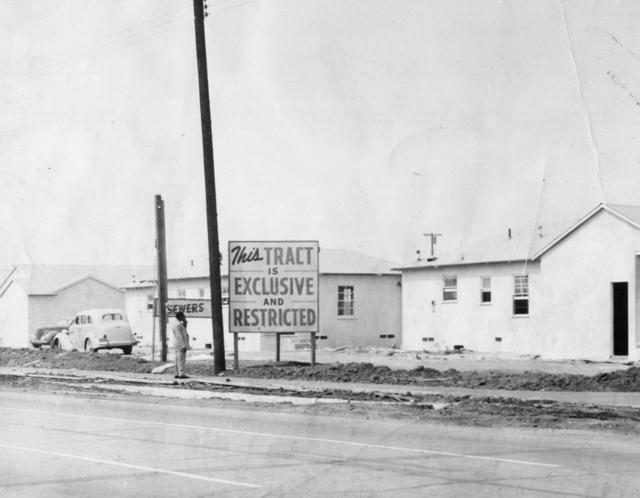 A sign announced "This tract is exclusive and restricted" at a housing development limited to whites in Los Angeles in 1950.

"He was a hero — the Jackie Robinson of black politics."

William Byron Rumford, the first black person elected to the state Legislature from Northern California, was born on this week in 1908. A pharmacist by training, Rumford became a pivotal figure in the fight to extend California's prosperity to people of all races. Housing inequity had been cemented over decades through racial covenants and loan practices that channeled credit to white households at the expense of nonwhites. Rumford's landmark fair housing act in 1963 made it illegal to refuse to sell or rent real estate to anyone on the basis of race, creed, or national origin. 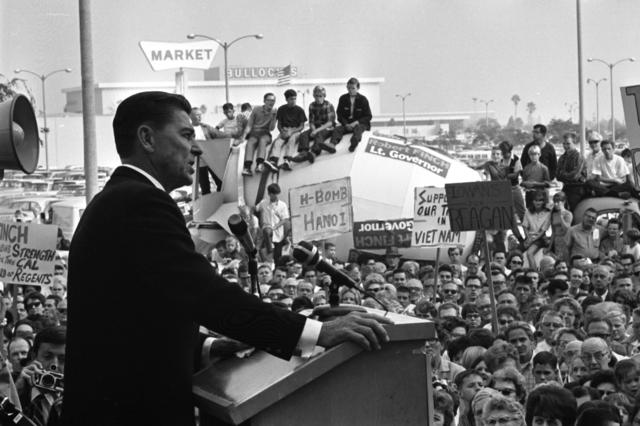 Ronald Reagan adressed a crowd on the campaign trail in Lakewood in 1966.

It was ferociously contested. Opponents warned of a descent into socialism. On the campaign trail for governor, Ronald Reagan vowed to wipe the legislation off the books, declaring that true freedom includes the freedom to discriminate against blacks.

A white backlash led to the passage of Proposition 14, which nullified the Rumford Act and played a part in stoking the Watts riots in 1965. The effect was to enshrine housing discrimination in the state Constitution — but it didn't last. The California Supreme Court overturned Proposition 14 in 1966. Two years later, the federal government followed suit with the 1968 Fair Housing Act. 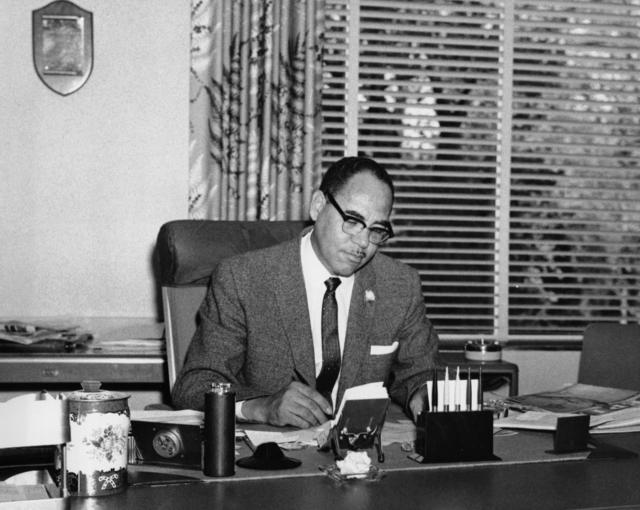 A soft-spoken and unassuming man, Rumford was said to have won over his colleagues through patient dialogue. He boxed for a number of years as a young man, experience that he said served him in politics. "I don't give up easily," he once said. "I hope I never run over people … but I don't like people pushing me around when I'm right."

The N.Y. Times wrote an obituary for Rumford last year as part of its "Overlooked No More" project.