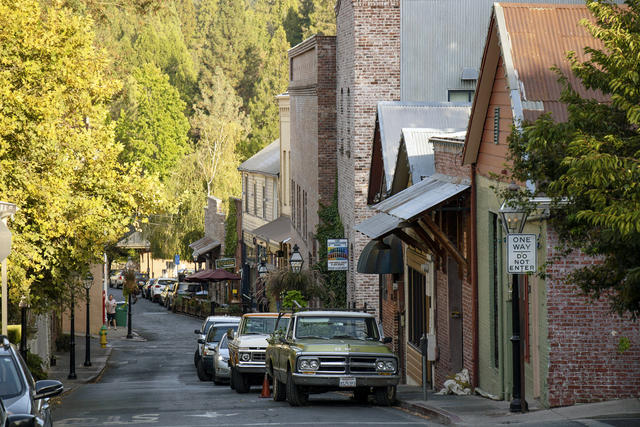 Trees and brush cover the hills around Nevada City, a Sierra foothills community at high risk of wildfire.

"There's a lot of Paradises out there."

All told, more than 2.7 million Californians live within "very high fire hazard severity zones," a designation that has proven eerily predictive. An analysis identified dozens of vulnerable communities with populations of more than 1,000 people. Here are snapshots of 10, from the north end of the Sacramento Valley to the suburbs of Southern California. A.P.

A policy adviser to Gov. Gavin Newsom warned that PG&E rates could double if wildfires continue to sweep California as they have over the last two years. The memo — titled in part "The Massive Cost of the 'New Normal'" — is one of the most specific estimates yet of how the state's worsening wildfires will hit utility customers. 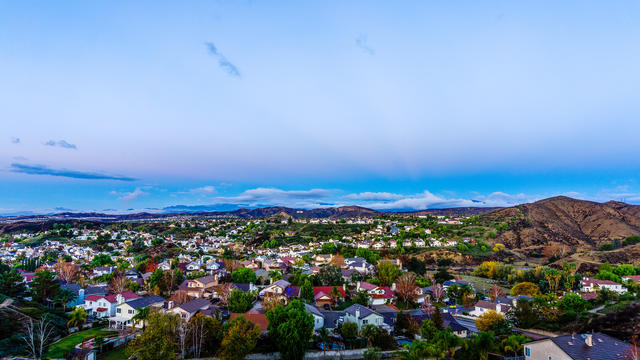 Morning in the Santa Clarita Valley.

The battle over boosting California's housing supply is in part a geometry problem. Coastal cities can only expand so far. But it also taps into an emotional debate about who gets to live where. Opponents of a bill that would increase housing density around transit stops say it would revise the California dream. For many younger, less well-off residents, that would be a good thing.

California prosecutors announced that they would seek the death penalty for Joseph James DeAngelo Jr., the man they believe to be the "Golden State Killer," ignoring Gov. Gavin Newsom's moratorium on capital punishment. Prosecutors and some family members of crime victims have fiercely opposed Newsom's move. 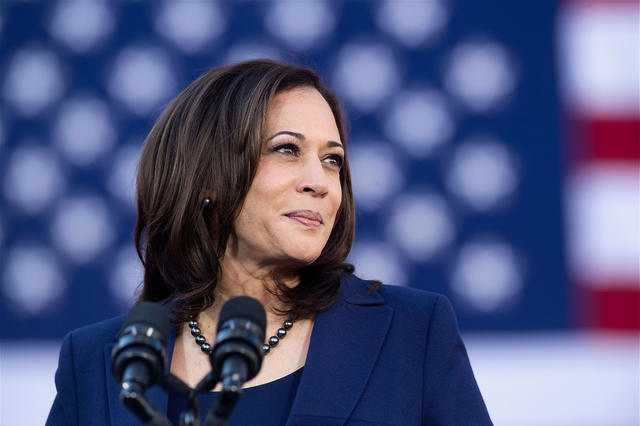 Sen. Kamala Harris has been trying to position herself as a reformer.

California's own Sen. Kamala Harris failed to crack the top two picks for president among the state's Democratic voters. Handsiness aside, former Vice President Joe Biden was the No. 1 choice with 26 percent support, according to a new Quinnipiac poll. He was trailed by Sen. Bernie Sanders at 18 percent, and Harris at 17 percent. Two of three California women said accusations of unwanted touching by Biden were not a serious issue. 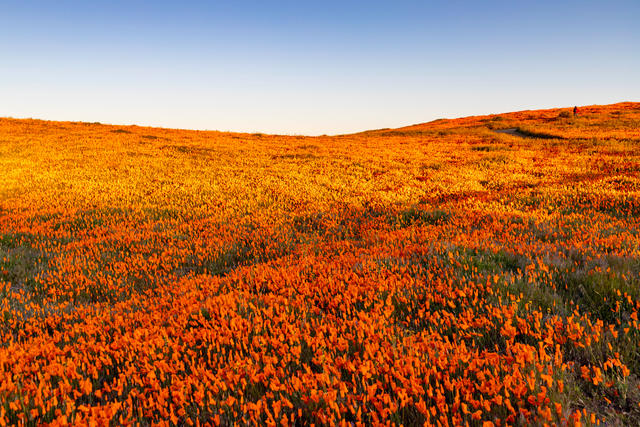 A recent view of the wildflowers in Antelope Valley California Poppy Reserve.

"No poet has yet sung the full beauty of our poppy. No painter has successfully portrayed the satiny sheen of its lustrous petals ... Cherish it and be ever thankful that so rare a plant is common."

See a satellite view of Antelope Valley's superbloom transformation on Twitter, and some recent photos at Flickr.

The principal of Paradise High School said he is resigning because he was unable to find housing after the Camp Fire destroyed more than 10,000 homes last November. Loren Lighthall, who has seven kids, said he needed to provide a stable environment for his family. He took a job as principal at a high school near Modesto. Sacramento Bee | KCRA

Among the losses in the Camp Fire was California's first commercial tea farm. Here's a beautifully told story about the farmer's optimism amid the ashes. S.F. Chronicle 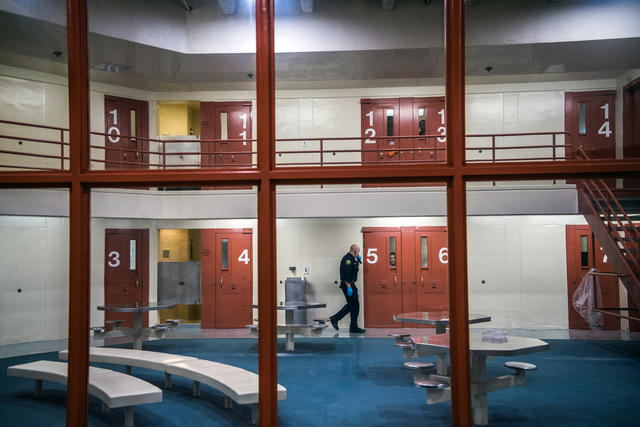 An officer checked on prisoners at Santa Rita Jail in Dublin, where alleged abuses occurred.

Former Alameda County sheriff's deputies were accused of having an inmate spray urine and feces, which they called "crappuccinos" or "spreading the gospel," at other inmates. One man testified that after he was sprayed, the deputies prevented him from bathing or changing clothes for days.

San Jose leaders faced a backlash after approving a Chick-fil-A at the city's main airport last year. The fast-food chain has been criticized for donating millions of dollars to organizations that fight same-sex marriage. Now City Council members have decided to place rainbow flags around the airport in hopes of making it the "gayest Chick-fil-A in the country." 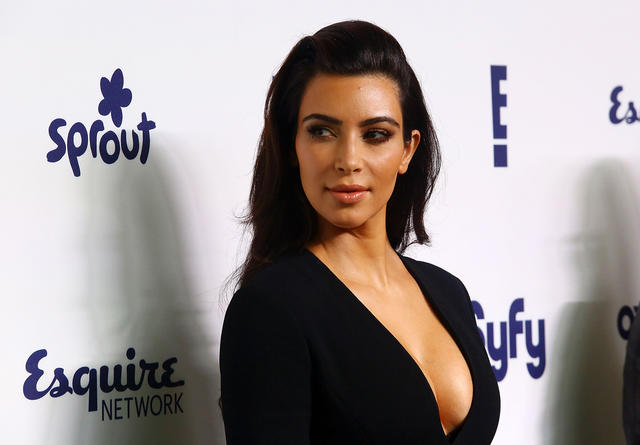 Kim Kardashian said of injustice, "I wanted to fight to fix it, and if I knew more, I could do more.”

Kim Kardashian, the reality star, is apprenticing with a San Francisco law firm with plans to take the bar in 2022. Kardashian is a daughter of the late O.J. Simpson defense attorney Robert Kardashian and has been an advocate for criminal justice reform. Tort law is the most confusing, she said; criminal law "I can do in my sleep." 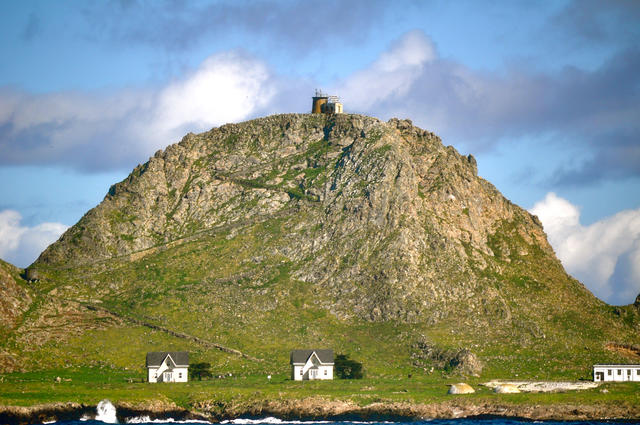 Photo by Panegyrics of Granovetter/CC BY-SA 2.0

Here are a couple of California's most unique dwellings. A handful of wildlife scientists lives on the windswept Farallon Islands, 27 miles off of San Francisco, which are otherwise off-limits to humans. The islands teem with wildlife, including the largest colony of nesting seabirds in the contiguous U.S. 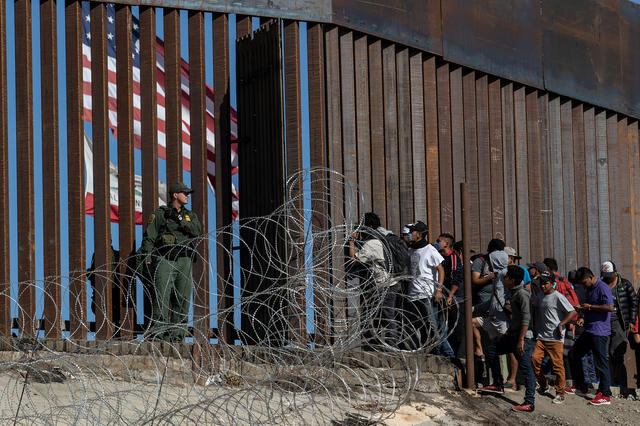 Central American migrants approached the border in Tijuana in November.

With thousands of people a day arriving at the U.S.-Mexico border, America's immigration system may have reached a breaking point, according to a Page 1 report in the N.Y. Times. "The country is now unable to provide either the necessary humanitarian relief for desperate migrants or even basic controls on the number and nature of who is entering the United States."

Inglewood is one of California's last African-American enclaves. With a new N.F.L. stadium moving in, residents on fixed incomes are being forced out. Major Stewart lived in his Inglewood apartment for 23 years. In December, he got a notice that his rent would jump to $1,725 from $855. Now, at 69, he's moving into his sister's home in L.A. "If you move us out of here," he said, "we're lost." L.A. Times 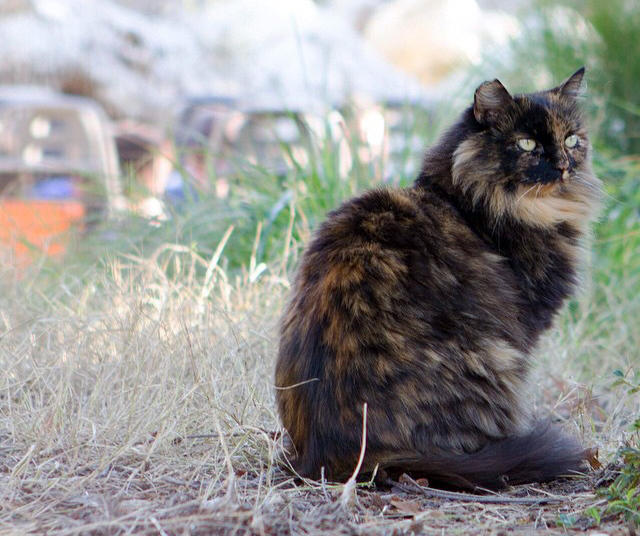 Feral cats have the run of the mouse kingdom.

For years, Disneyland has been home to a hidden colony of feral cats, which are fed by park employees and celebrated on social media. Local public health officials, warning of the potential for disease, have urged the park to expel the animals. Disneyland, they say, has refused. 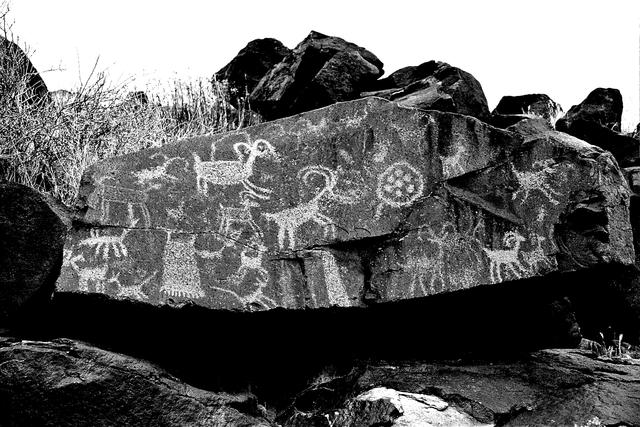 Big and Little Petroglyph Canyons are located within a naval facility, which allows public tours.

The country's richest concentration of Native American rock art is tucked within the Eastern Sierra wilderness, about a hundred miles north of Los Angeles. Thousands of petroglyphs depicting sheep, lizards, mountain lions, and snakes were engraved by the ancestors of the Coso peoples as long as 12,000 years ago. Archaeologists speculate that the drawings were intended to conjure hunting success, or as expressions of shamanistic vision quests. "It's a magical sight," the L.A. Times wrote.

Listen and subscribe to the California Sun Podcast, conversations with the Golden State's most fascinating personalities. Coming up tomorrow: Author Nancie Clare on the birth of Beverly Hills.