President Trump is making a fundraising swing through California today, with stops expected in San Diego, Los Angeles and — for the first time in his presidency — the Bay Area. But details of the itinerary have been kept tightly under wraps. Past visits to California have been disrupted by chaotic protests. The Guardian | Mercury News 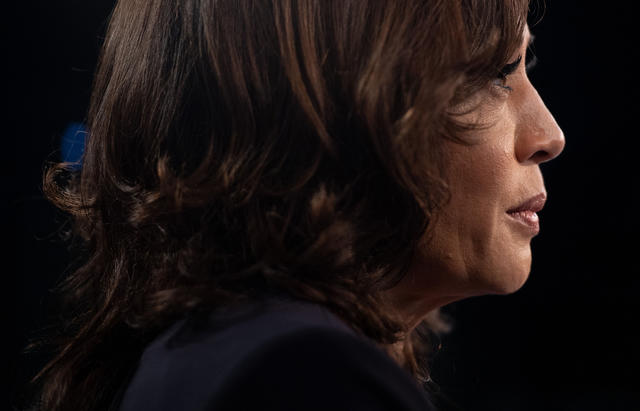 The N.Y. Times portrayed Sen. Kamala Harris as a brawler. 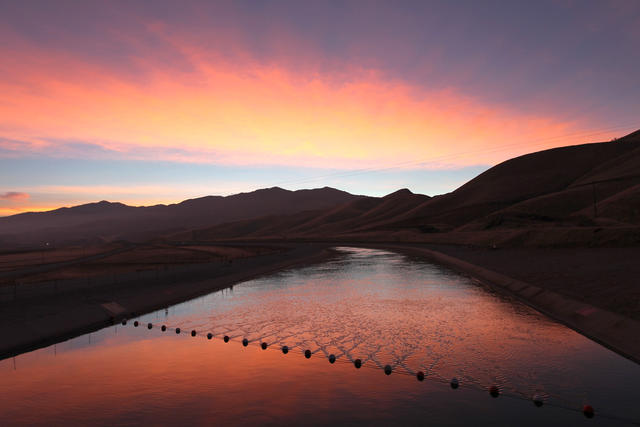 The California Aqueduct flows through the southern San Joaquin Valley. California's water wars appeared to factor into the debate over the "Trump insurance" environmental bill.

Gov. Gavin Newsom said he'd veto a bill that would have essentially negated every environmental rule proposed by President Trump. In doing so, Newsom is siding with Republican-leaning farmers and water agencies while opposing Democratic leaders and environmentalists. Why would he do that? Although Newsom didn't mention it in his veto statement, the measure posed a mortal threat to talks over California's longstanding water wars. CALmatters | Sacramento Bee

Newsom announced plans to crack down on illicit e-cigarettes and launch a $20 million awareness campaign about the dangers of vaping amid an outbreak of lung illnesses. "It's really unconscionable," he said, "folks that are producing those products, they sleep at night knowing what they're doing to destroy the health of a generation." S.F. Chronicle | KQED

Hours after the announcement, health officials said an adult from Tulare County had died from complications related to the use of e-cigarettes. Visalia Times Delta | A.P. 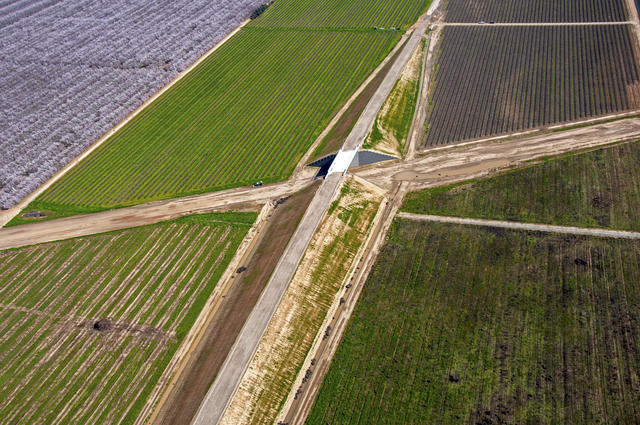 The path of the high-speed rail project advances through Madera County.

One of the biggest problems facing California's bullet train project: mismanagement of land acquisition. Seven years after its land-buying program began, the project has yet to acquire hundreds of parcels. At the same time, it's gathered up surplus acreage that serves no purpose. "The authority is as broken as it ever has been," one manager said. "The top officials just bark orders, but nobody follows orders here. Nothing is working.” L.A. Times 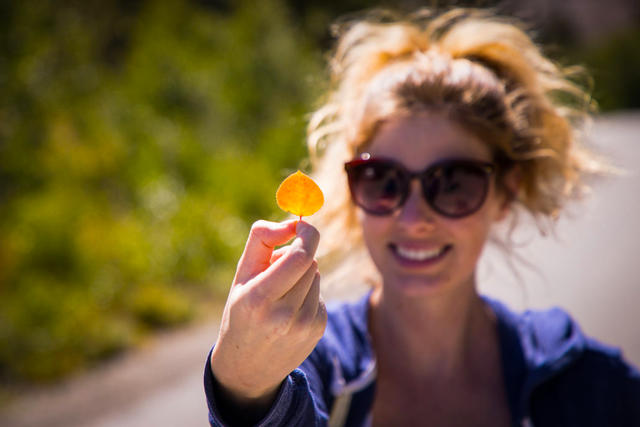 A picture of the first leaf of autumn was captured last week, according to CaliforniaFallColor.com.

A photo of the first official leaf of autumn has been posted to California Fall Color, a website that collects reports from more than 100 volunteer "color spotters" across the state. It came from the Virginia Lakes area of the Eastern Sierra, where the aspen groves are just now starting to turn.

Reached by the Sun, fall foliage connoisseur John Poimiroo said the copious winter rain augured well for a colorful fall, but he also noted the unusually dry summer months. His best guess? "I think it will be a pretty typical autumn," he said. In other words: a symphony of colors as dazzling and diverse as any place in the country. California Fall Color 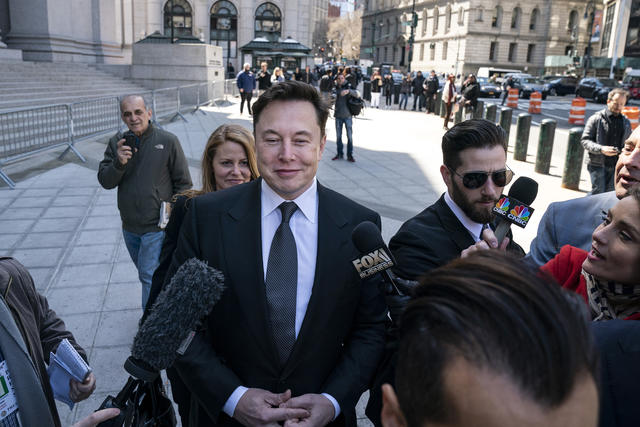 Elon Musk got into a Twitter feud with Vernon Unsworth last year over the rescue of a soccer team from a cave in Thailand.

"By referring to Mr. Unsworth as 'pedo guy,' I did not intend to convey any facts or imply that Mr. Unsworth had engaged in acts of pedophilia. Pedo guy was a common insult used in South Africa when I was growing up."

— Elon Musk in a court filing after he was sued for defamation by the British caver Vernon Unsworth L.A. Times | Reuters

Prosecutors in Santa Clara County have served at least three search warrants as part of an investigation into whether Sheriff Laurie Smith's office gave out coveted concealed-gun permits in exchange for campaign money, sources told the S.F. Chronicle. Among those contacted by investigators: AS Solution, a security company whose bodyguards protect Silicon Valley tech executives. S.F. Chronicle

The accident happened in open waters north of San Francisco.

A Marin County man was arrested after his 11-year-old son died on a family boating trip in the San Francisco Bay, the authorities said. Javier A. Burillo, 57, was driving the boat with his two sons when they were believed to hit a wave, tossing them overboard, investigators said. Burillo, who is a member of one of Mexico's wealthiest families, was booked on suspicion of vehicular manslaughter with a vessel, willful harm or injury to a child, and operating a boat while under the influence. Marin Independent Journal | A.P.

San Francisco has by far the highest property crime rate in California, with more than twice the number of reported thefts per capita as Los Angeles, a new report found. Records showed that San Francisco averaged a staggering 5,844 property crimes per 100,000 residents per year from 2014 to 2016. Yet the county ranks near the bottom for arrests. Police blamed a "revolving door" at the jails. S.F. Chronicle

Administrators are investigating claims that students were subjected to racist taunts including the "n-word" during a football game at San Clemente High School in Orange County. Cheerleaders from Lincoln High of San Diego were told they should be on leashes, the Lincoln coach said. San Clemente's enrollment is mostly white. Lincoln's is mostly black and Hispanic. S.D. Union-Tribune | KPBS 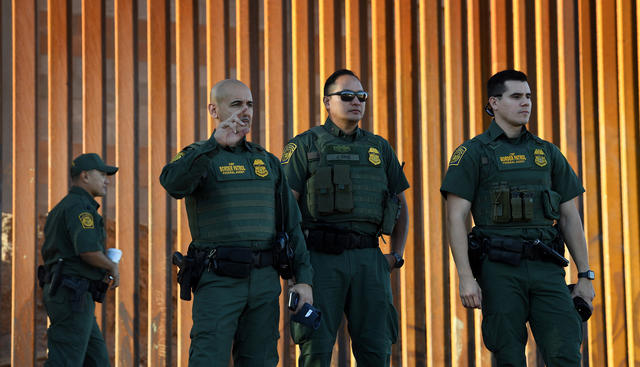 "To have gone from where people didn't know much about us to where people actively hate us, it's difficult. There's no doubt morale has been poor in the past, and it's abysmal now. I know a lot of guys just want to leave."

In 2018, a Cal Poly psychology lecturer caught a colleague, a tenured professor, sliding his phone between her legs and snapping pictures. She reported the violation to campus police, and on Monday the professor, Jason Alan Williams, entered a plea of no contest. Yet, more than 16 months after the incident, he remains on the university payroll. The Tribune 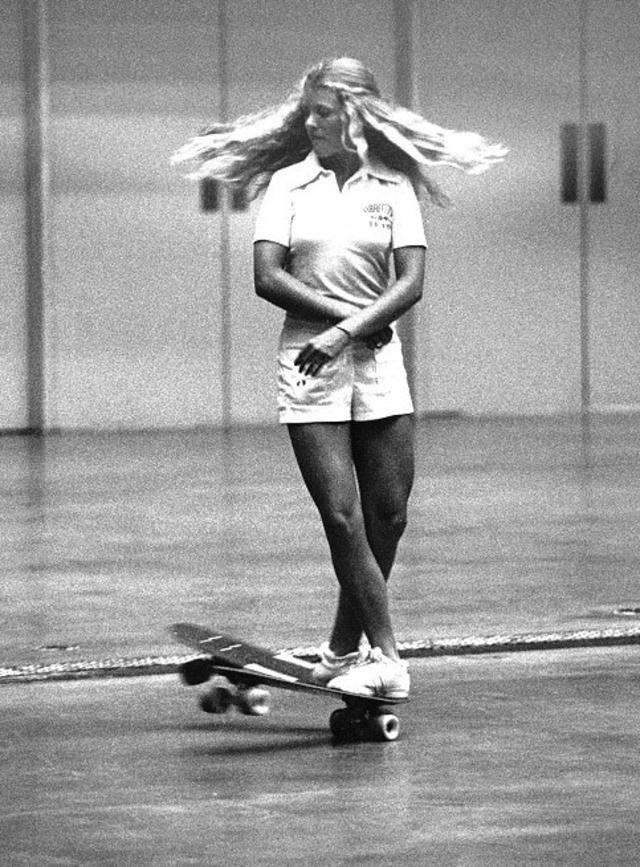 Here's Ellen O'Neal, known as the "godmother of skating." In the 1970s, as the Z-Boys of Dogtown were getting most of the media attention, a small group of female skaters were collecting sponsorships and trophies with a style defined by graceful moves and long hair that spun wildly as they twirled. Born and raised in San Diego, O'Neal was among the best of any gender. When she entered her first competition at age 16, she found herself the only female out of 60 competitors. She took second place. Skate Boarding Hall of Fame | Vintage Everyday