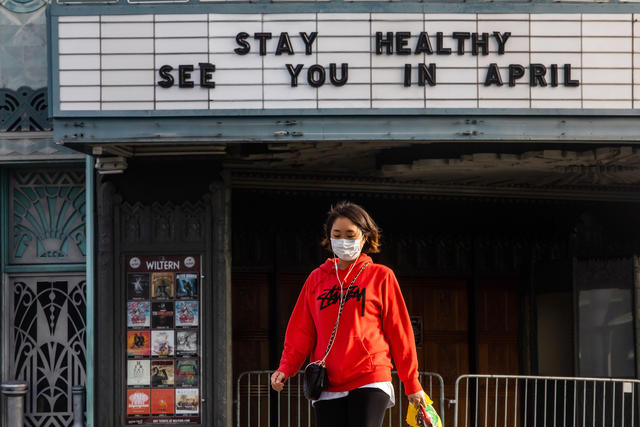 A woman walked in front of a closed theater in Los Angeles's Koreatown over the weekend.

New York has 10 times as many COVID-19 cases as California. That has public health experts wondering if an early and aggressive response saved the Golden State from a similar fate. More testing in New York is likely a factor. And it may be that New York is simply a few days ahead of California, where an explosion of cases now looms. "Days matter," a researcher said. S.F. Chronicle | Reuters

A Lancaster teenager who tested positive for the coronavirus has died, officials said. If the cause of death is confirmed as the coronavirus, the boy would be the youngest known victim of the outbreak in the United States. Gov. Gavin Newsom said half of California's coronavirus patients have been between ages of 18 and 49. "It is a reminder to everyone to take this seriously," he said. L.A. Times | A.P. 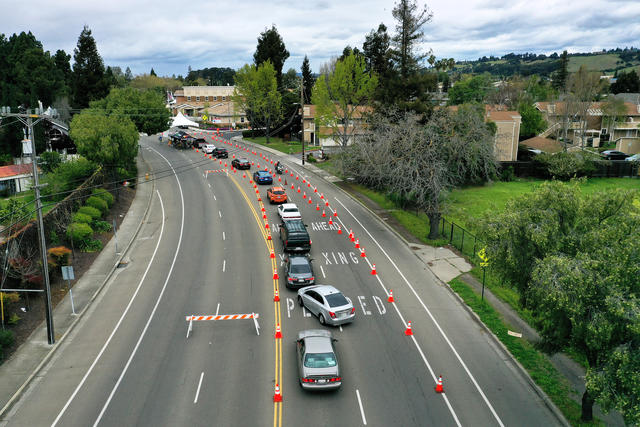 Motorists lined up to get coronavirus tests in Hayward on Tuesday.

By Sunday, California had performed about 26,400 coronavirus tests on its 40 million people. New York, which has half as many residents, had performed more than 78,000 tests as of Monday. California's uncoordinated testing operation was likened to "an orchestra playing without a conductor." The result: An incomplete picture of the problem. L.A. Times

Jurisdictions across California have taken steps to halt evictions during the coronavirus outbreak — among them San Diego County, Los Angeles, Sacramento, Sonoma County, and Humboldt County. Now San Francisco supervisors are going further: urging a moratorium on all rent and mortgage payments. "Yes," one said, "this would be an unprecedented step but we are in completely unprecedented times." S.F. Examiner | KGO 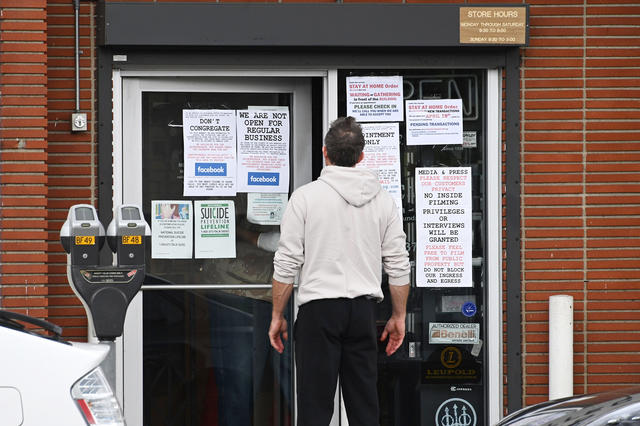 The Martin B. Retting gun shop in Culver City was closed to regular business on Tuesday.

Sheriffs across the state have been improvising their own policies on the matter of whether gun shops should be forced to close. On Tuesday, Los Angeles County Sheriff Alex Villanueva declared the businesses nonessential and in danger of losing their licenses. Then he reversed himself after talking with county lawyers. O.C. Register | A.P.

"I'm worried someone is going to get shot."

A videographer piloted a drone around San Francisco on Sunday and captured haunting views of boarded-up buildings, empty avenues, and an abandoned Fisherman's Wharf in the normally bustling city by the bay. YouTube/Space Race Studio

The Chronicle published a photo essay on San Francisco's cooped-up residents, seen at their windows. 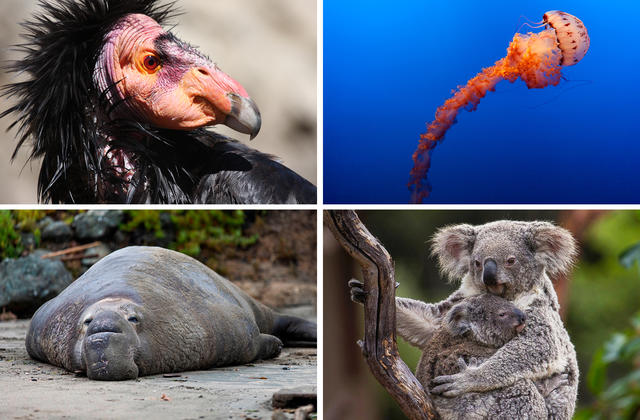 The animal webcam is enjoying a renaissance in our newly hermetic reality. And California has some wild offerings.

Kaiser had planned to build a $900 million office tower that would have been Oakland's biggest commercial project. This week, the health group told city officials that the project was no longer happening. Kaiser blamed delays and costs. The withdrawal is a major blow that could compound the economic fallout of the coronavirus crisis. S.F. Chronicle | East Bay Times 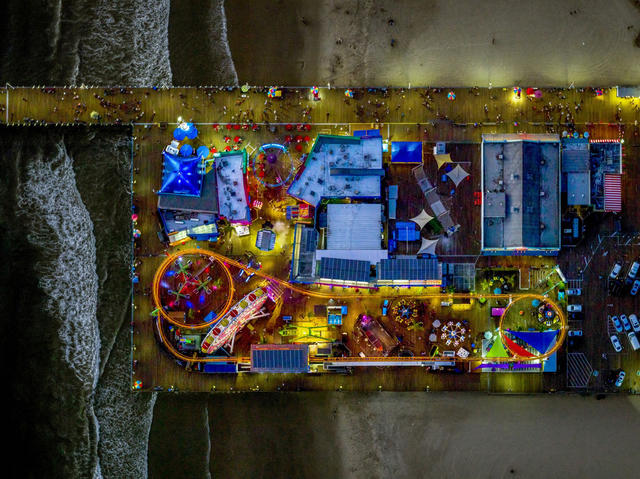 A few years back, the photographer Jeffrey Milstein hung out of a helicopter and captured gorgeous aerial images of Los Angeles. In contrast to the drone and satellite imagery now ubiquitous, his images possess exquisite clarity, expertly composed at 90-degree angles to the geometric patterns and shapes below. "You can see the same places on Google," he told WIRED, "but would you listen to an opera on a cell phone?" JeffreyMilstein.com