A judge ruled that Costa Mesa can refuse as many as 50 coronavirus patients — at least for now. Public health officials wanted to transfer the patients from a Bay Area military base to a state-owned facility in Costa Mesa, which sued to block the move. In a packed federal courtroom on Monday, the judge extended a restraining order, but ordered the two sides to talk the matter out. "This is a new one in terms of claiming a right not to have infectious disease introduced into your community," a public health expert said. N.Y. Times | A.P.

House Speaker Nancy Pelosi took a choreographed stroll through San Francisco's Chinatown, where fear over the outbreak has had an enormous impact. KQED | NBC Bay Area 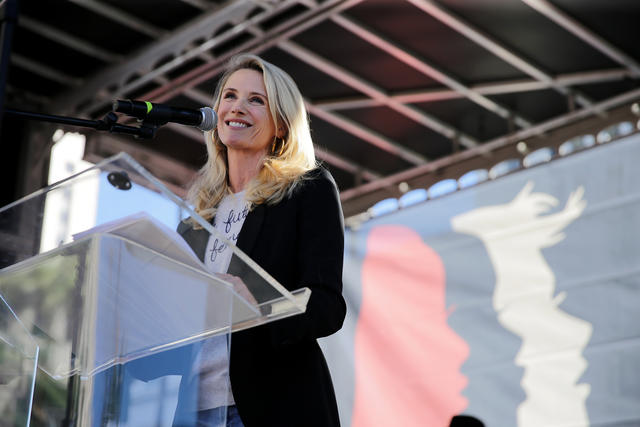 Jennifer Siebel Newsom, the governor's wife, told anti-vaccine protesters that her husband's administration was looking into their concerns about a new law that curbs bogus vaccine exemptions. She also said she believes more dialogue is needed about the necessity of some immunizations. L.A. Times

A four-part investigation by CalMatters examined why so many new nonprofits are being formed with ties to California lawmakers. Unlike campaign accounts, the nonprofits can raise unlimited sums. Turns out, they are largely being funded by corporations and unions that lobby the Legislature. "Money will find an outlet," one expert said. "If you can't do it one way, they will do it another way." CalMatters

California north of Los Angeles is shaped a bit like a bathtub, with a ring of jagged peaks surrounding the bowl of the Central Valley. It makes for breathtaking scenes along the coast where mountains plunge precipitously into the Pacific.

Pictured below, from top to bottom, are Big Sur, the Santa Cruz Mountains, and Humboldt County's King Range. 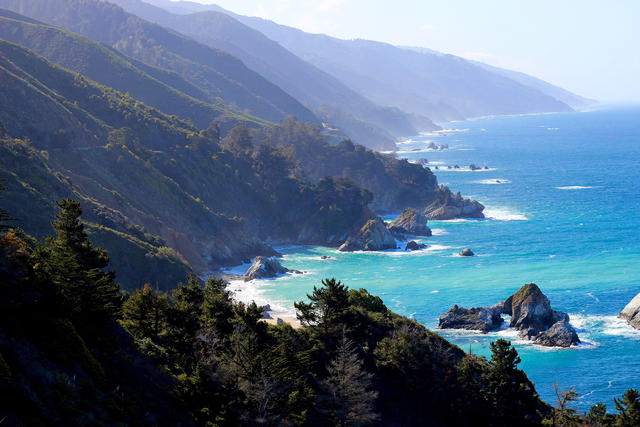 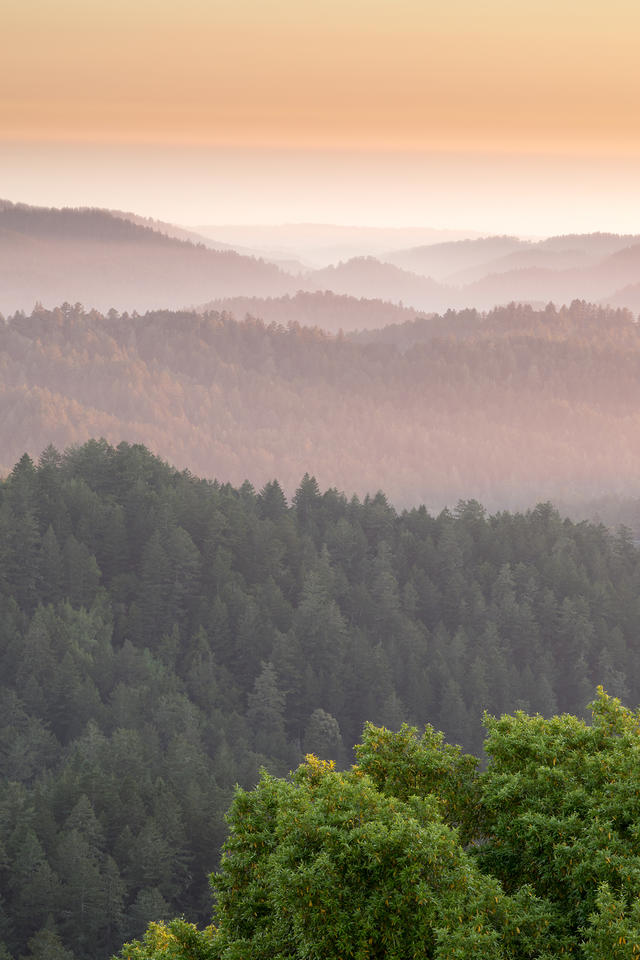 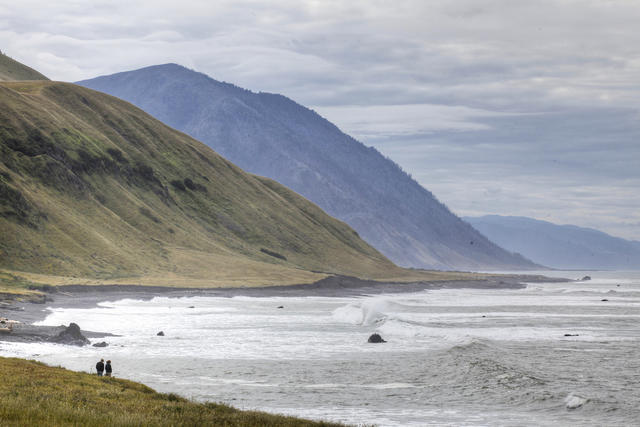 Federal regulators ordered Anderson Reservoir, the largest reservoir in Silicon Valley, to be completely drained, saying its earthen dam could buckle in an earthquake and send a 35-foot wall of water into a nearby community. Officials said the dramatic step was likely to disrupt water supplies and endanger fish species. Mercury News | CBS SF

"That is a really powerful message to the rest of California."

Marina, a city of about 22,000 people on Monterey Bay, is adapting to sea rise like few other places along the coast. Where other cities are fighting to defend homes and roads, Marina is retreating from the water. There's no point fighting a force as powerful as the ocean, a resort manager said. L.A. Times 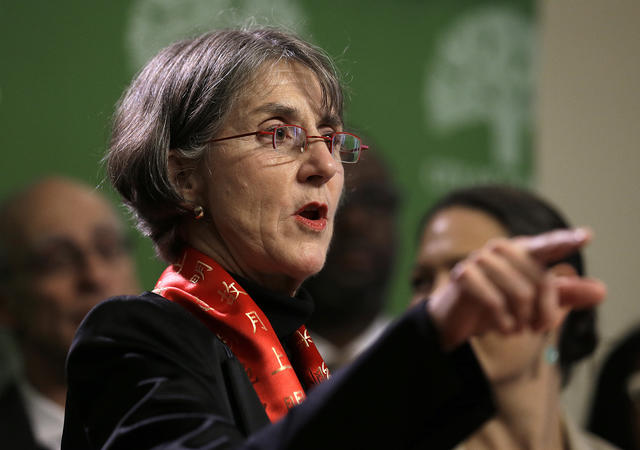 Anne Kirkpatrick, seen in 2017, might sue over her firing.

Anne Kirkpatrick, who was just ousted as Oakland's police chief by a civilian board, said her lawyers would be investigating a potential source of the bad blood: her refusal to reimburse a board member's towing fees in 2018. Kirkpatrick defended her three-year tenure, during which crime fell and racial disparities in traffic stops were reduced. East Bay Times | S.F. Chronicle

A gut-wrenching video showed a group of black men taunting and attacking an elderly Asian man who was collecting recyclables on a San Francisco street. "I hate Asians," one man says. The video, viewed more than a million times on Twitter, prompted the police to open an investigation. S.F. Examiner | SFist 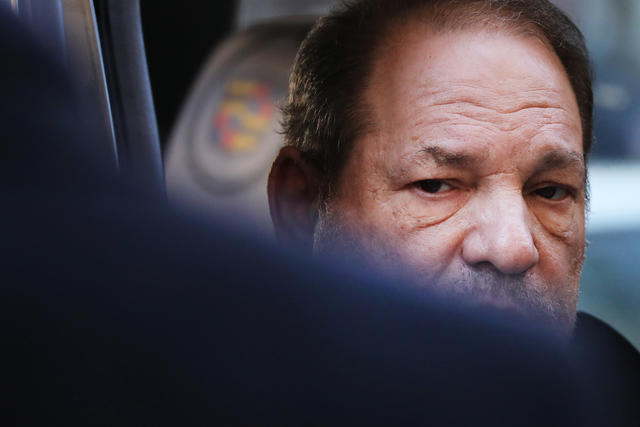 Harvey Weinstein is headed to prison.

Harvey Weinstein is a rapist.

So ruled a Manhattan jury on Monday, convicting the Hollywood producer of two felony sex crimes in a watershed moment for the #MeToo movement. Weinstein, motionless and stunned, said, "But I'm innocent" three times to his lawyers. Then he was handcuffed and led to jail. He could remain behind bars for up to 29 years. N.Y. Times | L.A. Times 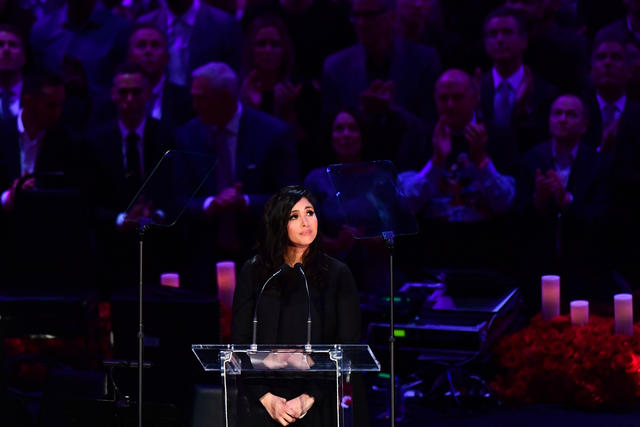 Friends, family, and fans packed the Staples Center for an emotional tribute to Kobe and Gianna Bryant. The event included the first public comments from Vanessa Bryant, who delivered heartfelt eulogies for her husband and daughter. Columnist Bill Plasche called her speech "as compelling as five NBA titles, as inspiring as an 81-point game, as impressive as any last-second shot." (Watch it here) L.A. Times | ESPN

Shaquille O'Neal got a big laugh with a story about the time he told Bryant there's no "I" in team, and Bryant replied, "I know, but there's an M-E in that motherf-----." Twitter

As the tribute unfolded, Vanessa Bryant's lawyers filed a wrongful death lawsuit against the helicopter operator that crashed, killing her husband, daughter, and seven others. L.A. Times | A.P.

"I am a New Yorker. If the involvement of a shaman hadn't tipped you off already, this hug occurred in Los Angeles."

Do Angelenos over-hug? A New York writer pondered that question in a trend piece published in the N.Y. Times Style section, a department that continues to peddle cringingly cliched portrayals of Los Angeles, or as the latest effort put it "the land of sunshine and MoonJuice, heart chakras and alternative milks." N.Y. Times

California's primary election is March 3, a week from today. In the Democratic presidential primary, polls suggest Bernie Sanders has surged into a commanding lead among California voters.

Below is a sampler of who is lining up behind whom in California. And below that: a scorecard of newspaper editorial boards' advice on the only statewide measure on the ballot, Proposition 13, which would create a $15 billion bond to build and repair schools.

Note: Tom Steyer and Tulsi Gabbard appeared to have no significant endorsements in California.

Have questions? Here are voter guides from CalMatters, the L.A. Times, and the S.F. Chronicle. The official state guide is here.