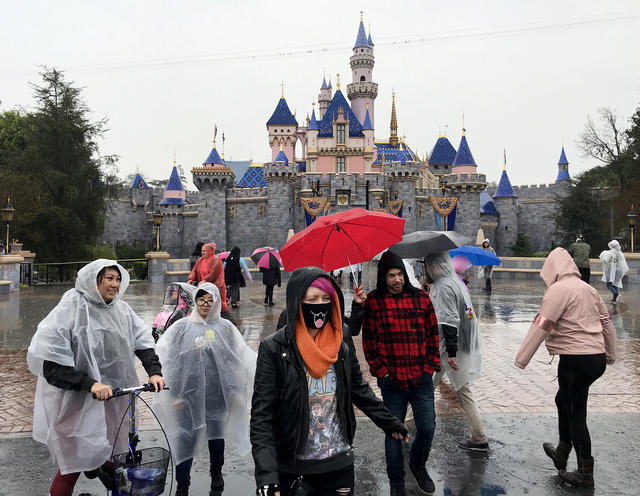 Visitors endured the rain at Disneyland in Anaheim on Thursday.

The happiest place on Earth.

California is hunkered down. At this point, it may make sense to talk about what isn't closed as a result of the coronavirus outbreak. That would include the second-largest school district in the country: Los Angeles Unified. Even as districts moved to halt classes in Sacramento, San Francisco, and numerous other places, Los Angeles has so far held firm. But that may change. Among those now demanding a shutdown: The L.A. teachers union. L.A. Times | L.A. Daily News

Lists of cancellations and closures by region: 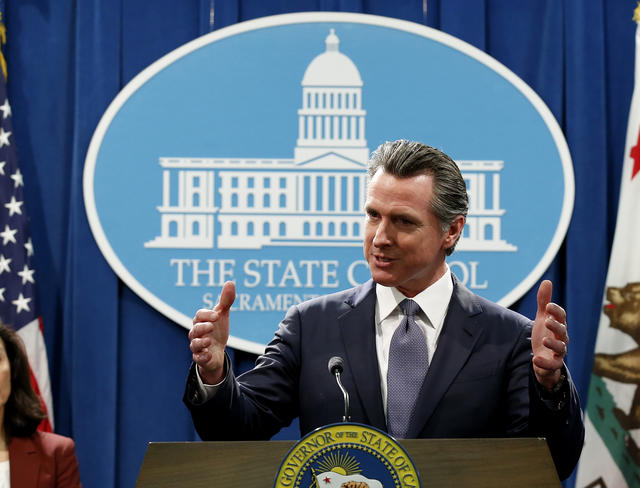 Gov. Gavin Newsom talked to reporters in Sacramento on Thursday about limiting crowds.

A few days ago, it was a ban on gatherings of more than 1,000 people, and only in Santa Clara County. Now Gov. Gavin Newsom wants to limit gatherings to no more than 250 — across the entire state. "The people in our lives who are most at risk — seniors and those with underlying health conditions — are depending on all of us to make the right choice," he said. A.P. | Mercury News

"Government likes to convince the people that they're in charge and everything is under control and we'll take care of you — and that's not true. You're mostly going to experience this on your own." Dr. Scott Morrow, the outspoken chief health officer for San Mateo County, has been getting attention for his unvarnished bulletins on the crisis. N.Y. Times 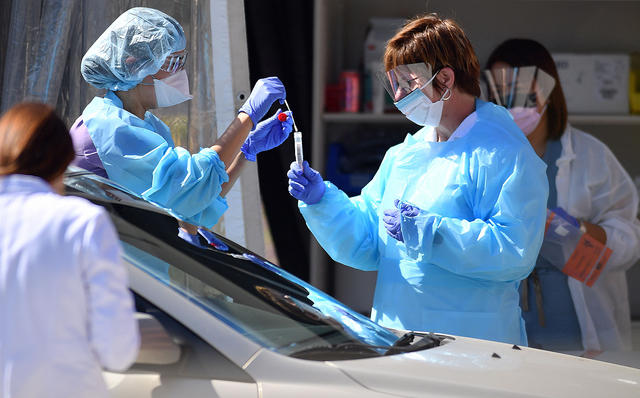 A patient was tested for the novel coronavirus at a drive-thru facility in San Francisco on Thursday.

Five more cases in San Diego County, six more in Sacramento County, and 18 more in Santa Clara County. Here are latest totals, according to the S.F. Chronicle and N.Y. Times:

Using a white board and persistent questioning, Rep. Katie Porter got the director of the Centers for Disease Control to agree that the agency would cover all future coronavirus testing. During a congressional hearing, the Democrat from Irvine stressed the need to discover who is infected, then pressed for Dr. Robert Kadlec's commitment. "I think you're an excellent questioner," he said finally, "so my answer is 'yes.'" "Excellent!" Porter responded. "Everybody in America hear that?" O.C. Register | CNN 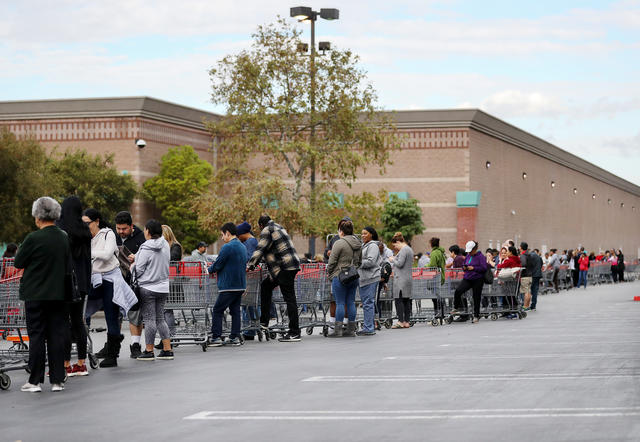 People waited to enter a Costco in Glendale on Thursday.

Reminder: You can watch live kittens any time you need at the Kitten Rescue Sanctuary in Los Angeles. YouTube

Bernie Sanders finally won California. With nearly 90 percent of the Super Tuesday votes in, Sanders had 34 percent of the total, followed by 28 percent for Joe Biden, according to NBC News. Sanders has picked up as many as 202 of California's delegates, compared to Biden's 148. The win, while expected, gives Sanders a boost going into Sunday's debate after a string of losses to Biden. NBC News | CNN

Turnout for the March 3 vote is estimated to have been somewhere around 48 percent. Good, not great. S.F. Chronicle

Inmate suicides in California reached record highs last year. A crucial part of the problem: So few psychiatrists are willing to take jobs at the state's prisons. In 2018, about 40 percent of California's psychiatry jobs were empty. That's despite average wages of nearly $300,000 a year. Sacramento Bee 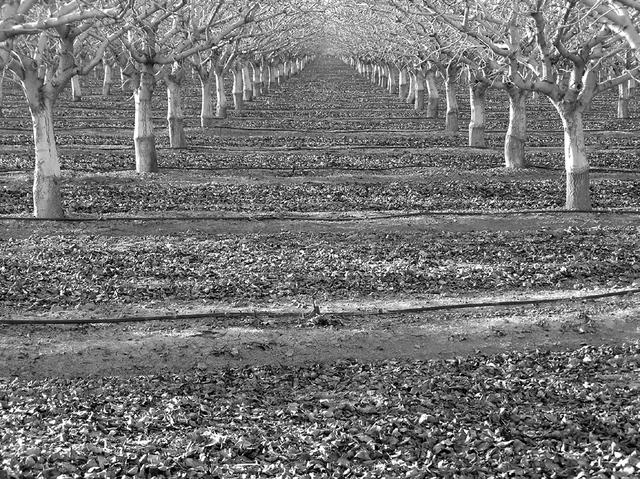 An arid climate and poor drainage has left California soil glutted with salt.

Scientists have compared rising salt levels in the Central Valley floor to a cancer inching surreptitiously into the food supply. Short of somehow whisking it all away, researchers have been zeroing in on another approach: Making crops love salt. At a Riverside laboratory, for example, they're doing DNA analysis that can be used to breed salt-tolerant almond trees. The Counter

On this week's California Sun Podcast, host Jeff Schechtman talks with Chip Walter, author of the new book "Immortality, Inc." He discussed how Silicon Valley is trying to solve the biggest disease of all: aging. "It is a biological problem," Walter said. "And you could look at it as an incredibly complex disease, but a disease nevertheless and get to the bottom of it." California Sun Podcast 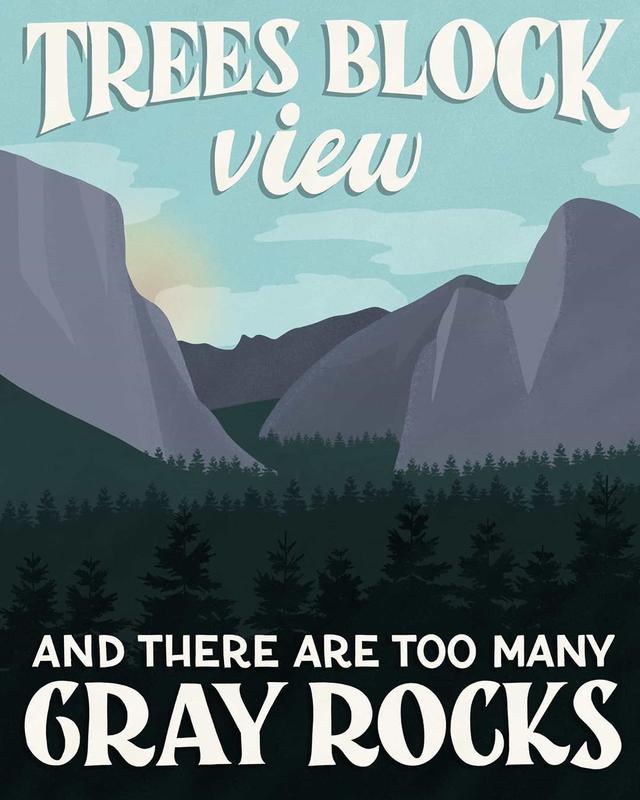 A visitor to Yosemite was unimpressed.