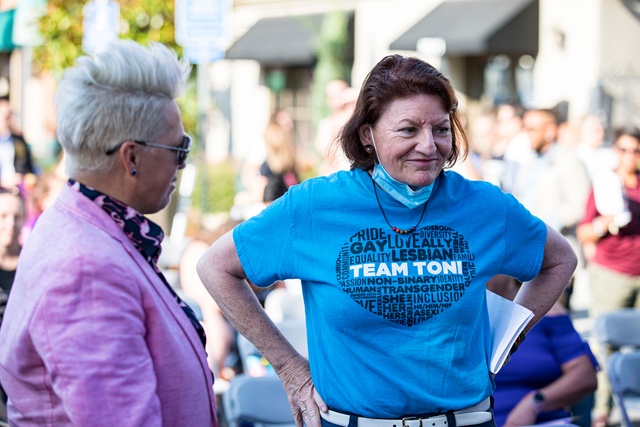 California abortion rights leaders on Wednesday outlined a legislative proposal to turn California into a "sanctuary" for Americans seeking abortions if Roe v. Wade is overturned. Some of the state's most powerful policymakers helped draft the recommendations, which include paying for gas, lodging, and child care, as well as compensating providers for services. A leading anti-abortion activist called the plan "pure evil." N.Y. Times | A.P.

Momentum is building to rescue California's last nuclear power plant. In recent weeks, prominent researchers said keeping the Diablo Canyon facility open would cut greenhouse gases; U.S. Energy Secretary Jennifer Granholm said she was willing to talk with California officials about saving the plant; and Grimes, a pop star, delivered a pro-Diablo PSA on Twitter. The latest to weigh in is the Atlantic's David Frum: "No government that really regarded climate change as its top energy priority would close nuclear plants before the end of their useful lives."

California's climate commitments haven't filtered down to the investment choices of its largest public pension funds. A report by two environmental groups found that the pension funds for state workers and teachers, known as Calpers and CalSTRS, have a combined $43 billion invested in fossil fuel companies, the largest such holdings among top U.S. pension funds. The agencies have said they should be focused on investment returns rather than politics. Bloomberg 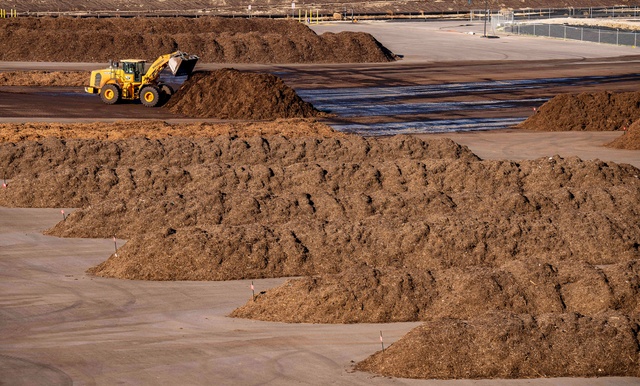 Piles of green waste were lined up at a new composting operation in Irvine last week.

California is shifting to mandatory composting on Jan. 1. Under the new rules, residents will have to start tossing their banana peels, chicken bones, and leftover veggies in green waste bins rather than the trash. The effort is intended to keep landfills free of food waste that emits methane as it decays. The law will also require that grocery stores donate edible food to food banks if it would otherwise be thrown away. A.P. | O.C. Register 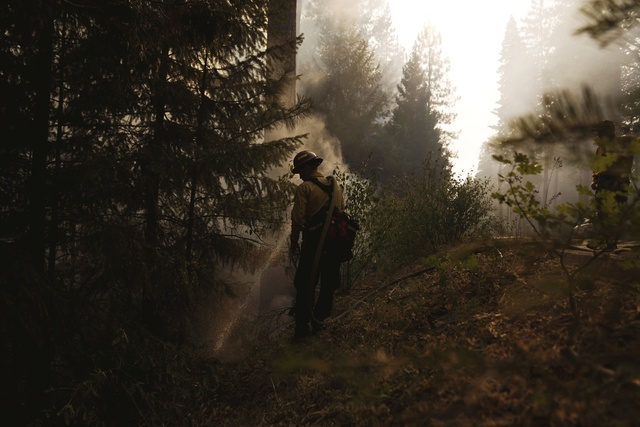 A firefighter doused a spot fire during the Caldor fire in Pollock Pines on Aug. 19.

The authorities announced the arrests of a father and son accused of starting the Caldor fire, the inferno that tore through the community of Grizzly Flats and threatened South Lake Tahoe. El Dorado County prosecutors charged David Smith, 66, and Travis Smith, 32, with "reckless arson," but didn't disclose how they believe the fire was set. One source said the men were riding a dune buggy near the ignition point. Mark Reichel, the attorney for both men, said they were "absolutely 100% innocent." Sacramento Bee | A.P.

In Marin County, where the coronavirus infection rate is the highest in the Bay Area, there is no indoor mask mandate; it was dropped in early November. Yet health officials are not planning to bring it back. That's because Marin County, unlike other jurisdictions, is using hospitalizations as its guiding metric for pandemic policies. And as it stands, just one person in the highly vaccinated county is hospitalized with Covid. SFGate.com | S.F. Chronicle

Wayne Hsiung, who mounted a failed bid for Berkeley mayor in 2020, was convicted on Monday of stealing a newborn goat from a North Carolina farm. Hsiung is a founder of Direct Action Everywhere, an animal rights group known for so-called "open rescues" of animals from factory farms. In a North Carolina courtroom, Hsiung acknowledged taking the goat but said it was with the “intent to save a life.” Direct Action said the kidnapped goat is doing fine, but has refused to reveal its location. Berkeleyside 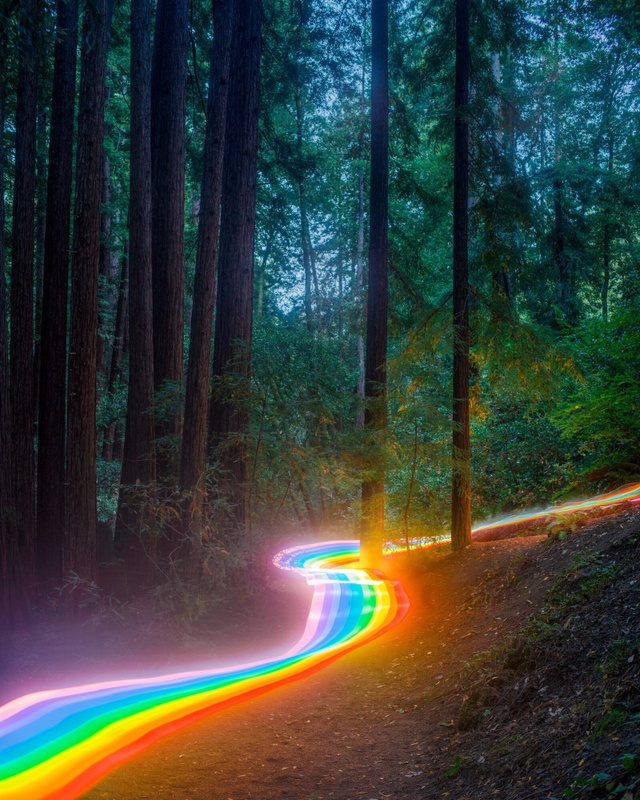 Visitors have described the walk to Cascades Falls, winding just a mile and a half from downtown Mill Valley, as a balm for the weary soul. That's what led the filmmaker Daniel Mercadante to feature the trail in his popular long-exposure photography series, Rainbow Road. He makes his trippy images by running across landscapes carrying a rig covered in rainbow-colored gels. He's made them all over the world, but the Cascade Falls shot is among his favorites, he said, "mostly because I love redwoods in a way that even I can’t comprehend."

In one text, a picture showed several Black men who had been lynched with the caption “hanging with the homies.” Others called Black men "savages," joked about “gassing” Jews, and boasted about lying in a deposition. For years, more than a dozen Torrance police officers and recruits exchanged virulently racist and homophobic messages, the L.A. Times revealed. The scandal has imperiled hundreds of criminal cases that relied on officer testimony. Hours after the Times published the story on Wednesday, the California attorney general announced an investigation. L.A. Times | A.P. 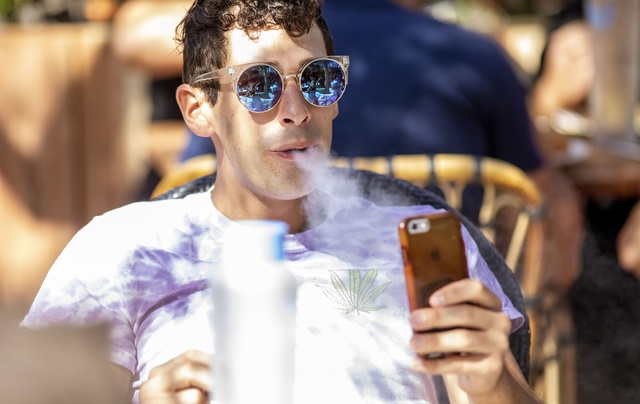 A patron enjoyed a smoke at a cannabis lounge in West Hollywood, on Oct. 1, 2019.

West Hollywood, with just 35,000 residents in less than 2 square miles, has six cannabis dispensaries and plans to approve as many as 40 more permits over the next year or so. The moves are being bolstered by high-wattage investors such as Jay-Z, Woody Harrelson, and Bill Maher as part of an effort to make the city the Amsterdam of the far West. Residents have put up almost no resistance. L.A. Times | CBSLA 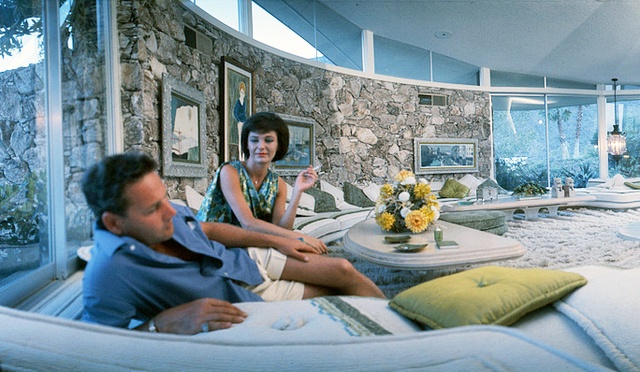 Bob and Helene Alexander, in a photo from a 1962 issue of Look magazine, in the Elvis honeymoon house.

After Elvis Presley married Priscilla in Las Vegas in 1967, they honeymooned in an oddly shaped home in Palm Springs touted in the press as the house of the future. With groovy sunken rooms, rock walls, a floating fireplace, and a 60-foot white crescent sofa, the home has become a landmark in a city known for exuberant architecture. It's open to public tours. The travel writer Josh McNair included it on his bucket list of California adventures. California Through My Lens | House Beautiful

For decades, the National Park Service used to welcome visitors to feed the bears in Yosemite, even establishing "bear shows" at trash pits. Inevitably, the powerful animals became aggressive. People were mauled, and a number of bears had to be killed. By the 1940s, park officials had learned their lesson. The bear shows were eliminated, signs were posted warning visitors against feeding, and dozens of bears were moved to the fringes of the park to resume their natural ways. NPS.gov | Washington Post

A few photos from the archives.👇 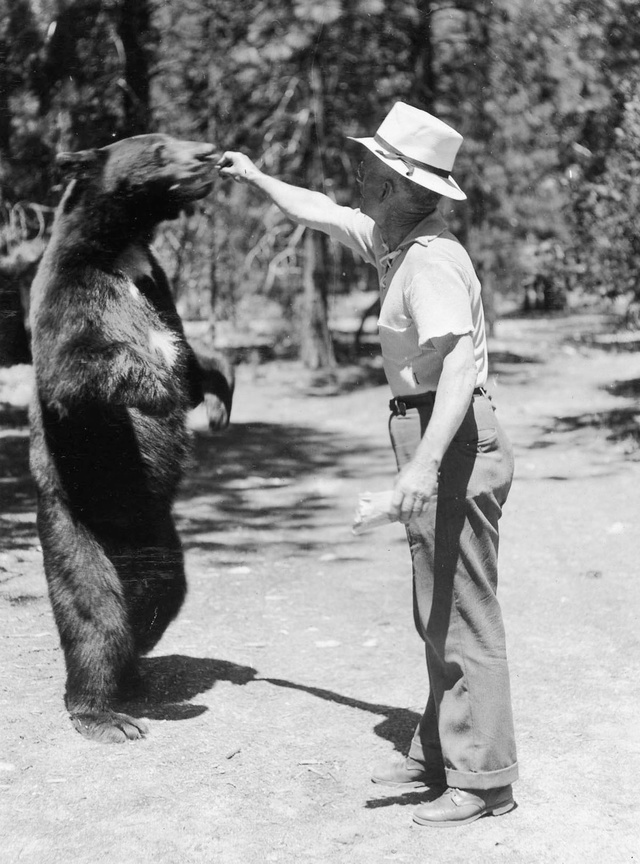 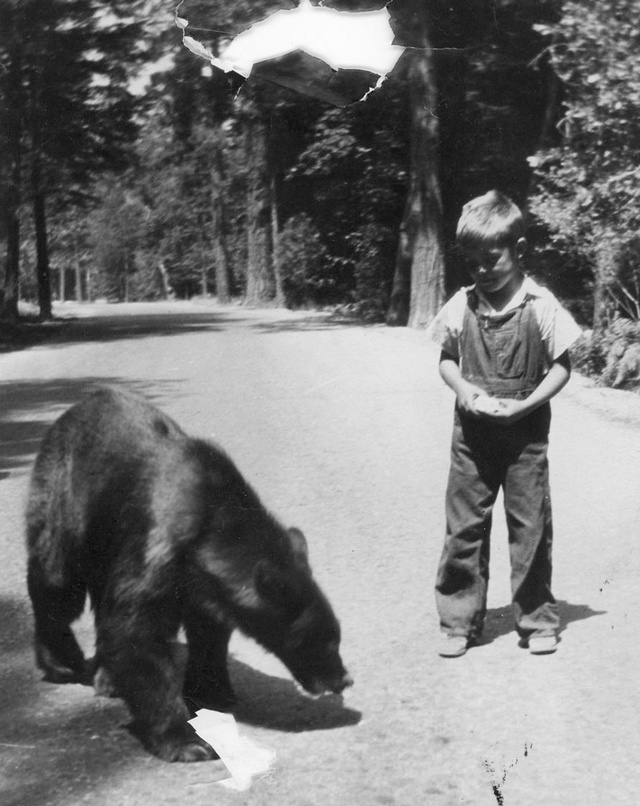 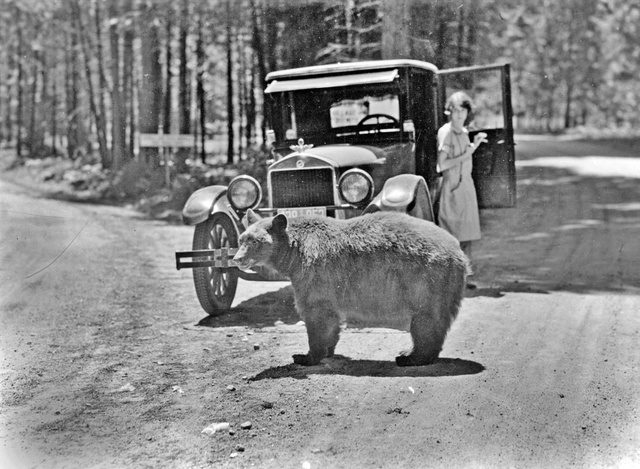 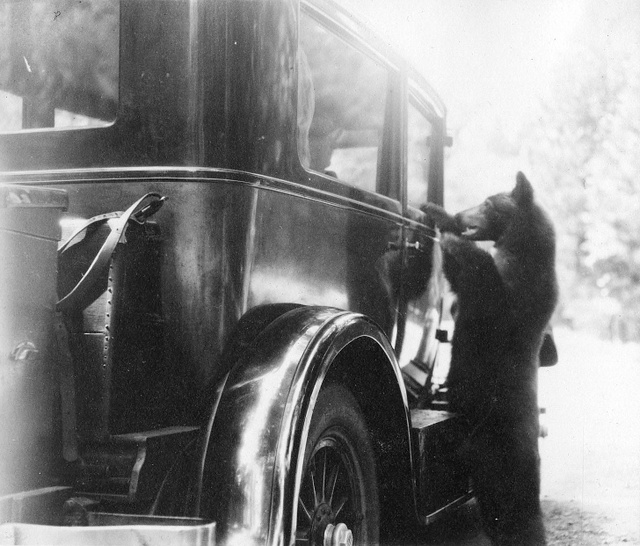 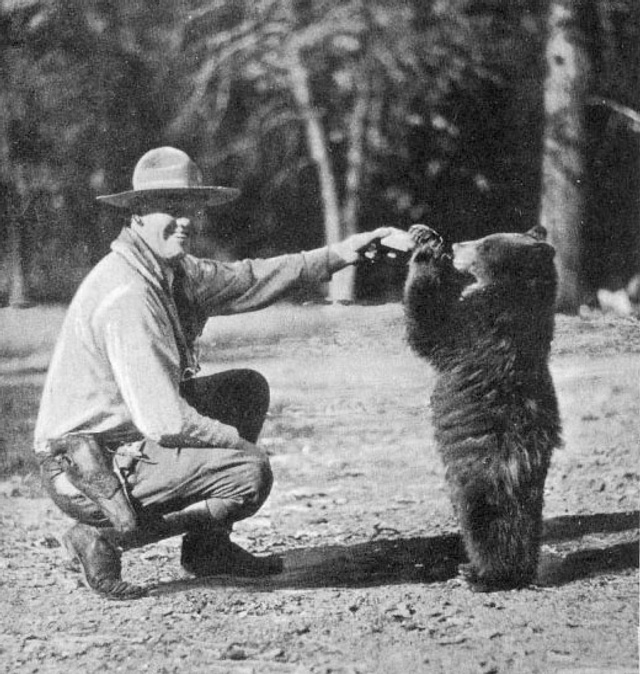