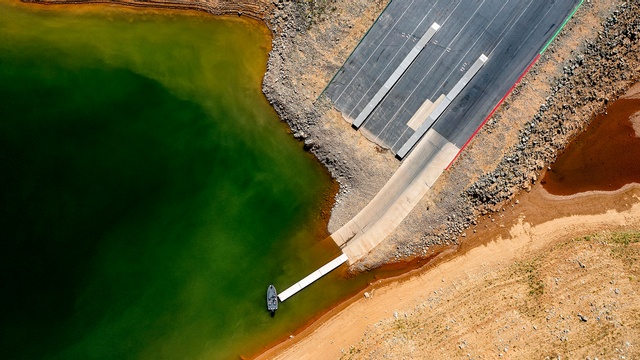 A launch ramp extended to reach the receding water at Lake Oroville on May 22.

Fire-scorched hillsides. Boat docks in the dirt. Hidden islets emerging from the water.

California's more than 1,500 reservoirs are 50% lower than they should be this time of year. Ahead of an anticipated hot summer, the dwindling water supply threatens fish, crops, households, and hydroelectric power plants. The A.P. produced a powerful series of photos and drone views of the state's anemic reservoirs. 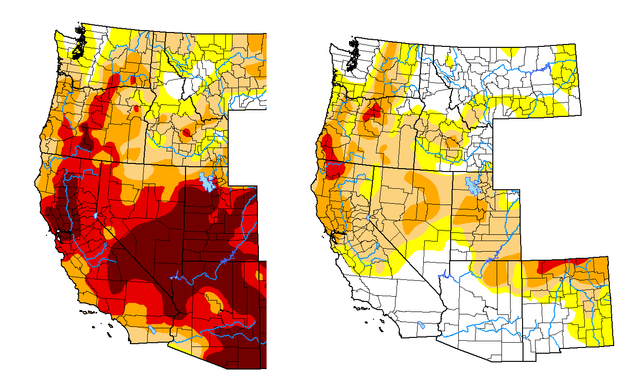 Incentives for rooftop solar have propelled Californians to outfit more than a million homes and businesses with solar panels. But some lawmakers are now pushing to weaken the incentives, arguing that they amount to giveaways to the rich paid for by raising utility rates on everyone else. "It’s like a reverse Robin Hood problem that we have,” a consumer advocate said. The solar industry is fighting hard against changes. KPBS | KGTV 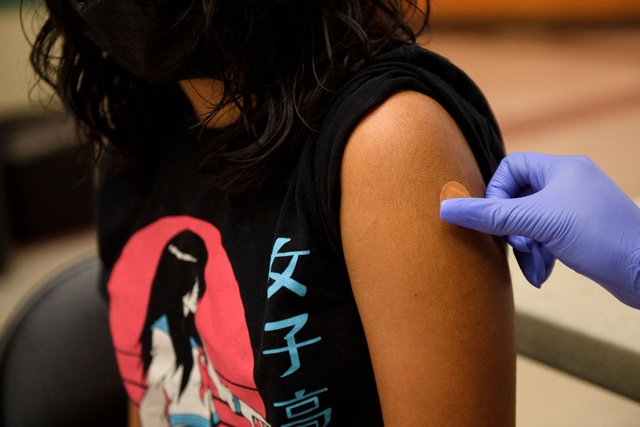 A medical worker placed a Band-Aid on a girl's arm at a vaccination clinic in Los Angeles on May 14.

California just joined the 70% club. According to new CDC data, 70% of adult residents have had at least one Covid-19 vaccine shot, making California one of 12 states to do so. President Biden has set a goal to deliver at least one shot to 70% of American adults by July Fourth. CNBC

As of Wednesday, California was the only state in the CDC's "low" category of community transmission. Covid.cdc.gov

California agreed to pay $2 million in lawyers' fees to two churches that challenged restrictions on religious gatherings during the pandemic. The deal came after the U.S. Supreme Court said rules imposed by Gov. Gavin Newsom violated the Constitution. “If they’re gonna restrict Costco to 50%, then they can do the same thing to churches,” attorney Paul Jonna said. “But what they were doing before ... is they were keeping those places open and they were shutting down churches — at least in California — completely.” A.P. | S.D. Union-Tribune

"Don’t let these people lie to you like this.”

Last week, the sustainable meat darling Belcampo responded to a viral video claim that it was mislabeling meat by acknowledging that there were some shenanigans at its Santa Monica location. But it was an "isolated incident," they said. Multiple former employees, however, say intentionally mislabeling meat has been a quiet practice for months at more than one of the Oakland-based company's locations. Eater Los Angeles 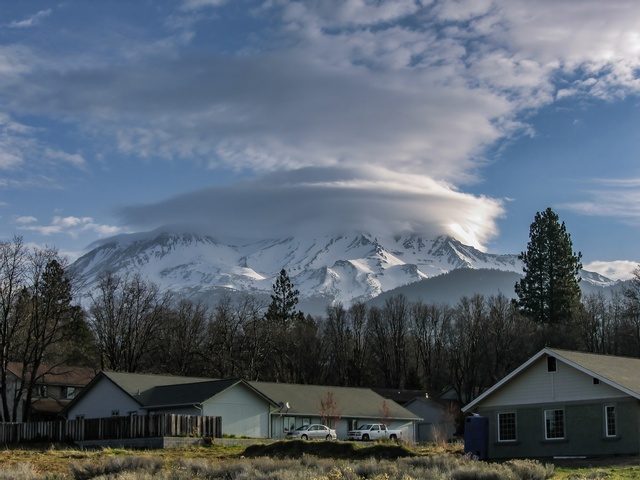 In Siskiyou County, 10 of its 21 total Covid-19 deaths have occurred since the beginning of May. It's among a block of rural North State counties where caseloads have been rising even as statewide totals hit record lows. George Rutherford, an epidemiology professor at UC San Francisco, said he was waiting for this to happen. “It shows you where vaccination is lagging and transmission is taking place.” The Guardian | L.A. Times

Mohammed Nuru, the former director of San Francisco Public Works, was arrested last year in a wide-reaching corruption scandal. In a bizarre turn, he was arrested again on Wednesday, accused this time of brandishing a knife at a person during a robbery at a food bank. A law enforcement source told the Chronicle that the victim initially described the suspect as potentially a mentally disturbed person. S.F. Chronicle | SFGate.com

In January, a Stanford law student named Nicholas Wallace sent around a satirical flyer for a Stanford Federalist Society event with Sen. Josh Hawley that would explore how insurrection “can be an effective approach to upholding the principle of limited government.” Outraged, a Federalist Society officer lodged a formal complaint. Stanford responded by putting Wallace's diploma on hold as he was investigated for misconduct. A torrent of public outrage followed, and on Wednesday the university announced that it wouldn't go forward with the investigation after all. Slate 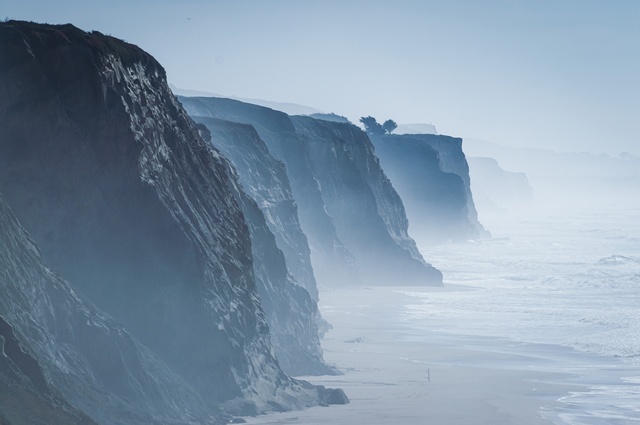 San Gregorio State Beach is one of the most dramatic stretches of beach along the San Francisco peninsula coast, with a lagoon and soaring bluffs. It can seem crowded because everyone plops their blankets down within 50 yards of the parking lot. But walk south a bit, advised the outdoor writer Tom Stienstra, and a wilderness-like strip of sand extends more than 2 miles — with hardly a soul. "Along the base of the sandstone cliffs, you’ll find many little nooks and crannies where you can create your choice of private hideaways, with an ocean view, for a picnic."

On the way home, step back in time at the famous San Gregorio General Store, operating since 1889. There's a saloon, small library, sitting area, and adamantly no TV or Wi-Fi. This Saturday, a string band is scheduled to play old-timey Irish tunes.

The eruption of gunfire inside a rural fire station north of Los Angeles culminated from a job-related dispute, detectives said Wednesday. The shooter, identified by officials as Jonathan Tatone, fatally shot Tory Carlon, with whom he had “some workplace beef,” said a Los Angeles County Sheriff’s Department lieutenant. The captain of the station was shot after he heard the shot and came to investigate. He was in critical condition. L.A. Times | A.P. 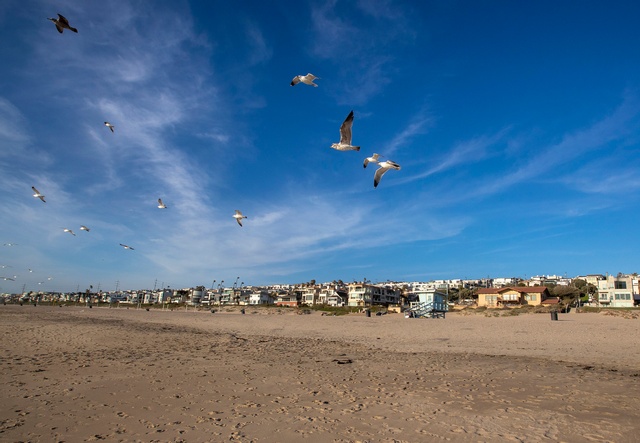 In 1956, Bob Brigham wrote a graduate thesis about an injustice in his hometown of Manhattan Beach: the 1924 seizure of valuable beachfront property from a Black family. Brigham became a high school history teacher in Manhattan Beach, and helped make sure the story of Charles and Willa Bruce was not forgotten. Now California is returning the land to the descendants of the Bruces, but Brigham isn't here to see it. He died two years ago at the age of 91. Had he hung on, said a former mayor, "I think Bob would be tickled pink.” New Yorker 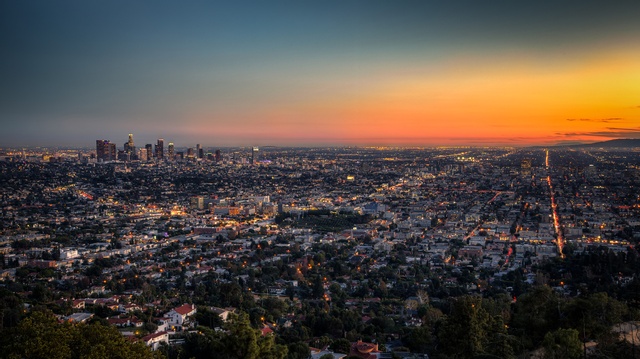 No one seems to know what Los Angeles is, exactly, writes Rosecrans Baldwin.

Rosecrans Baldwin has a new book coming out that argues Los Angeles should be understood as not just a great city, but a full-blown city-state. He writes in the Atlantic:

"Los Angeles lacks the bedrock Americana that anchor towns like Chicago, New York, and Boston. In terms of identity, it doesn’t attach to the state of California the way that Houston and Dallas serve Texas. As for international ties, Miami has Latin America, Seattle has Canada and Asia, but Los Angeles, perhaps the city of globalism, has everybody. We’re Angelenos first, Californians second, Americans third or not at all."

A photo caption in an earlier version of this newsletter misidentified the county of a neighborhood near Mount Shasta. It was Siskiyou County, not Shasta County.