State health officials said Wednesday they would be ready to offer more than 1.2 million Covid-19 vaccine doses to 5- to 11-year-olds by the end of next week as the Food and Drug Administration draws closer to approving the shots. To reach every child, officials are working with schools to establish on-campus clinics. Parents are being encouraged to get their boosters at the same time. L.A. Times | KQED

California's coronavirus rate has leveled off after falling steadily over the past month. Some medical professionals are worried. S.F. Chronicle | A.P. 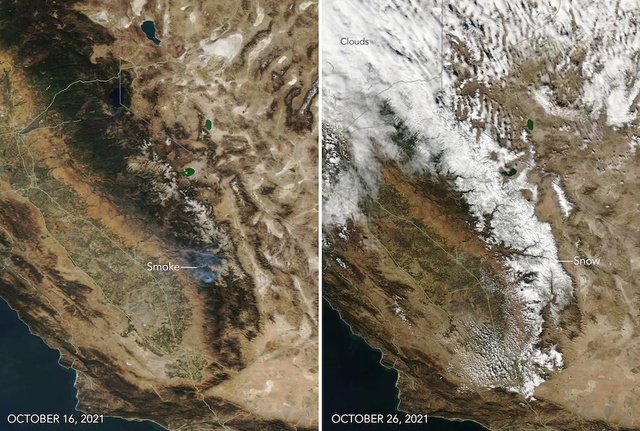 California ski resorts are getting ready for the winter season after an atmospheric storm dumped as much as 3 feet of snow. Mammoth Mountain and Palisades Tahoe both moved up their opening dates to Friday. Palisades, formerly known as Squaw, said it was only the third time in 72 years that it would open in October. Guests were encouraged to wear costumes. S.F. Chronicle | Mercury News

Migration into counties overlapping the Sierra Nevada and brush-covered hillsides closer to the coast grew by as much as 20% during the fourth quarter of 2020, the worst fire year in California history. It was a trend echoed nationwide, as homeowners disregarded fire dangers in pursuit of affordability and space. "Covid erased people's wildfire fears," one California real estate agent said. Bloomberg 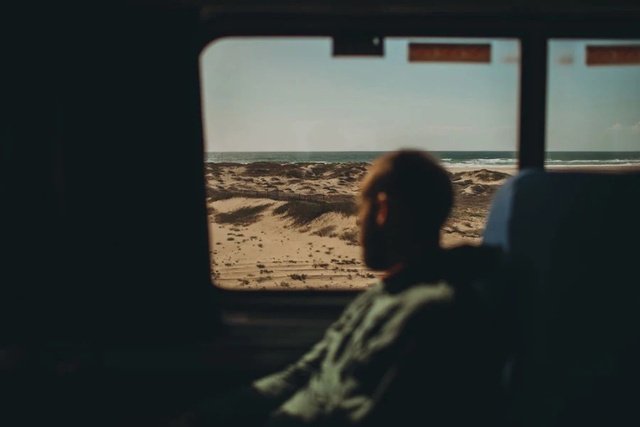 Amtrak's Coast Starlight has been called "the most spectacular seashore route in the world." Departing daily, it runs between Seattle and Los Angeles, traversing about 1,400 miles in 35 hours. A pair of photographers documented their journey in 15 lush pictures. Field Mag 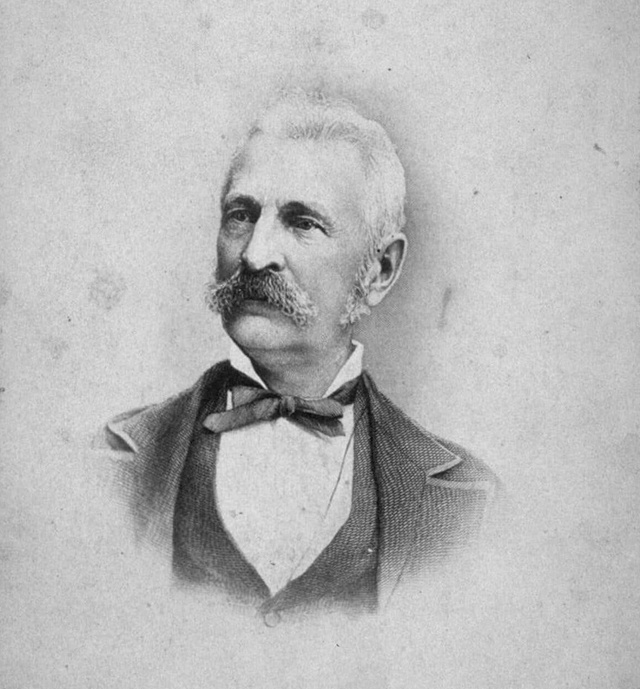 Serranus Hastings in an undated portrait.

Serranus Hastings, the founder of San Francisco's Hastings College of the Law, was a wealthy rancher and California's first chief justice. He also orchestrated the massacre of 283 Yuki Indians in Mendocino County. A group of prominent alumni are now calling for the college to be renamed. Col. Claes Lewenhaupt, the great-great-grandson of Hastings who sits on the law school’s board of directors, is opposed. He summed up his view this way: "I do not think the renaming will benefit the institution.” N.Y. Times

On Tuesday night, San Francisco's Board of Supervisors rejected a proposed 495-unit housing development, overturning the recommendation of city planners. Community activists opposed the project, about a quarter of which which would have been "affordable" housing, citing worries about gentrification. Mayor London Breed was incensed. “If you're wondering how we got into our housing crisis," she tweeted, "this is how.” S.F. Chronicle | SFGate.com 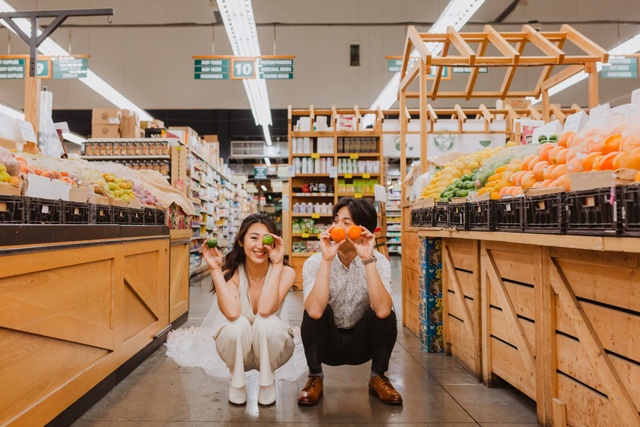 Joey Chiang and Melody Yu love Berkeley Bowl, the sprawling market that the food writer Michael Pollan once described as “heaven for omnivores.” In fact, the couple did their engagement photos between the rows of fruits and vegetables. It's hard to look at the pictures and not smile. Berkeleyside

The Long Beach school officer who fired into a fleeing vehicle on Sept. 27 and killed an unarmed 18-year-old mother has been charged with murder. Eddie Gonzalez, 51, was being held at the Long Beach Jail. "This case really illustrates the importance of holding public officials accountable," Los Angeles County District Attorney George Gascón said on Wednesday. "Especially public officials that are entrusted with the safety of our family and our kids." Long Beach Post | A.P. 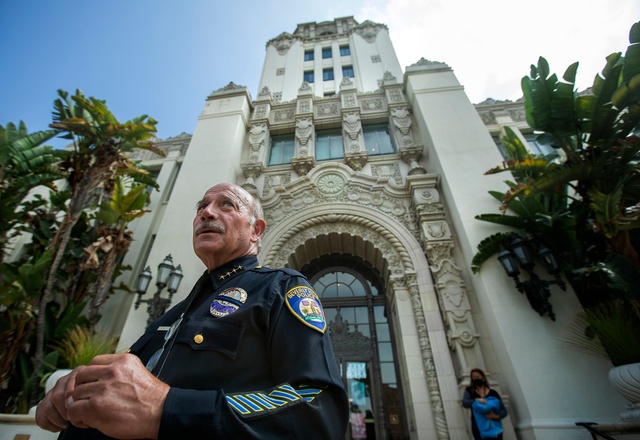 Last month, two lawyers summoned journalists to Beverly Hills and accused a police task force of targeting Black shoppers on Rodeo Drive for minor violations such as jaywalking. A reporter has since acquired the arrest records and found a more complicated picture: While the unit was initially focused on quality-of-life infractions, it discovered a wave of shoppers using debit cards fraudulently obtained from the state’s unemployment system. In all, 107 people were arrested on suspicion of involvement in the scam. L.A. Times

A tuna fisherman named Markus Medak was 95 miles off the coast of San Diego one Friday at 1 a.m. when he noticed a faint light in the distance. He moved closer and flipped on a spotlight to find 23 Mexican nationals and two Guatemalans waving frantically from a panga boat. Adrift for three days, the group had run out of food and water. The light had been their cell phone flashlights. If not for Medak's keen eyes, the columnist Bryce Miller wrote, the migrants "almost assuredly" would have died. S.D. Union-Tribune 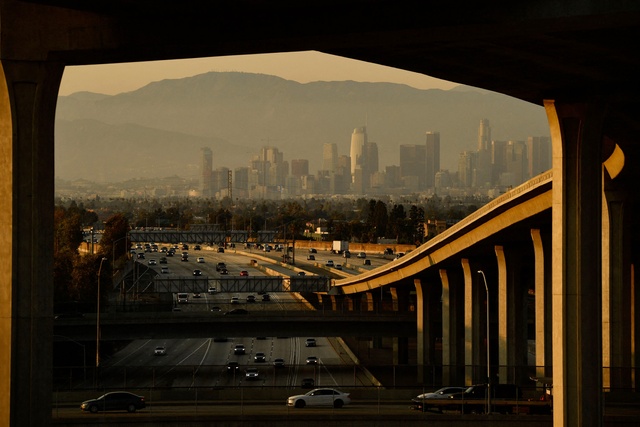 Los Angeles is trying go carbon-free by 2035, a goal that would make it the first major U.S. city to run entirely on clean energy. The Washington Post gave a preview of the obstacles, which are formidable. Researchers have estimated, for example, that it will cost up to $87 billion to wean the city off natural gas and coal. L.A.'s annual budget, by comparison, is approximately $10 billion.

The novel "Sudden Rain" portrays 1970s Los Angeles, when the city and its people were dried up and longing for connection. “I was hoping for the rain, but now it’s stopped,” Cynny tells her husband. “We need rain so badly, everything’s so dry and parched and dusty. Sometimes I can’t bear it, I find myself absolutely longing for it.” Instead, the Santa Ana winds arrive, and the tension mounts.

Literary Hub included Maritta Wolff's "Sudden Rain" in a list of 10 essential books that capture Los Angeles "in all its sublime, beautiful darkness."