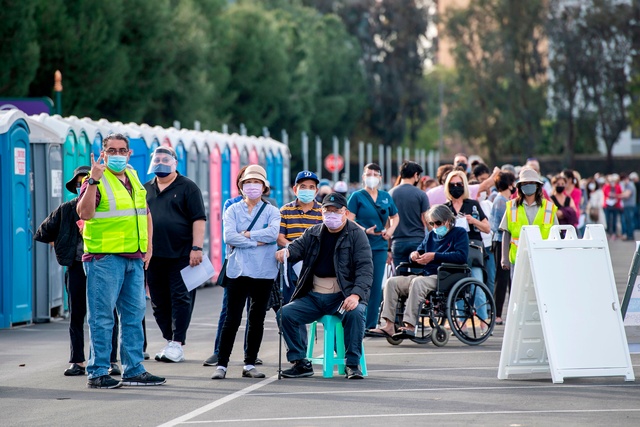 People waited for Covid-19 inoculations at Disneyland, where a vaccination site opened Wednesday.

California on Wednesday broadened eligibility for the coronavirus vaccine to everyone over the age of 65, a response to rising hospitalizations and deaths among the age group. California's vaccine rollout has been painfully slow. As of Wednesday, the state had received 3.4 million doses but administered only about a quarter of them. Still, some county officials were perplexed by the move to expand eligibility, saying they lacked enough doses and staff. The Guardian | A.P.

For now, there is no statewide sign-up for the vaccine. Instead, residents can inquire with their local doctor or health care agency. Here are links for every county. 👉 Covid19.ca.gov

The Atlantic on how a well-meaning health policy created California's coronavirus nightmare: "The health-care system in California is fraying because the state has tried to run its health system efficiently. The principles are simple: Keep patients out of hospitals, funnel people to primary-care doctors, and don’t build hospitals you don’t need." 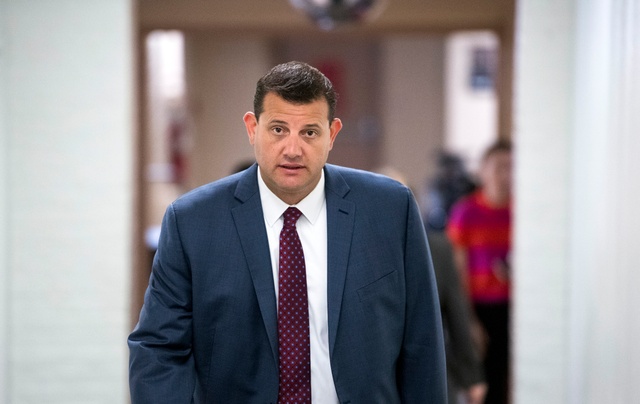 Rep. David Valadao, a Republican from Hanford, said President Trump fueled the violence at the Capitol.

Just one California Republican voted to impeach President Trump on Wednesday: Rep. David Valadao, a dairy farmer from the San Joaquin Valley. Hours before the vote, Valadao said he remained undecided. But he ultimately broke ranks along with nine other Republicans, he said, as a result of conscience. Trump's "inciting rhetoric was un-American, abhorrent, and absolutely an impeachable offense," Valadao said. "It’s time to put country over politics." Visalia Times-Delta | Fresno Bee

Rep. Kevin McCarthy, the House minority leader, voted against impeachment, saying it would be divisive. But he notably tiptoed away from the president, with whom the Bakersfield Republican had forged an unwavering alliance. “The president bears responsibility for Wednesday’s attack on Congress by mob rioters," McCarthy said. "He should have immediately denounced the mob.” S.F. Chronicle | NPR

A week ago, McCarthy voted to subvert the 2020 election. On Wednesday, he called for unity. “I understand for some, this call for unity may ring hollow," he said. It does indeed, wrote the Washington Post's Philip Bump. 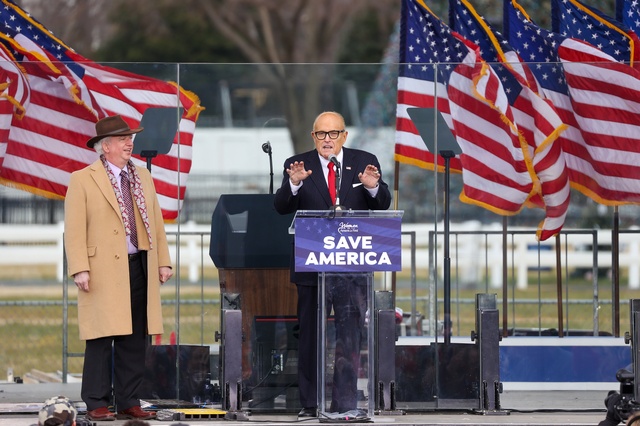 John Eastman, left, appeared with Rudy Giuliani during the Jan. 6 rally in Washington.

John Eastman, the Chapman University law professor who participated at the "Save America" rally in Washington, agreed to resign after faculty members demanded his ouster. But he may have a new job soon — as a Trump lawyer. Sources told Reuters that the president is considering a role for Eastman on his defense team. L.A. Times | Reuters

Flashback: Eastman published a widely discredited op-ed in August arguing that Kamala Harris may be ineligible for the vice presidency because her parents were immigrants. N.Y. Times

Gov. Gavin Newsom's latest tax revenue projection is 20% higher than it was pegged to be in June, putting the state on such strong fiscal footing that it may be forced to issue rebates next year. Turns out that even in a year of lockdowns, the state's richest residents have done very well. And in California, the progressive tax system takes an unusually large bite out of their incomes and gains. CalMatters 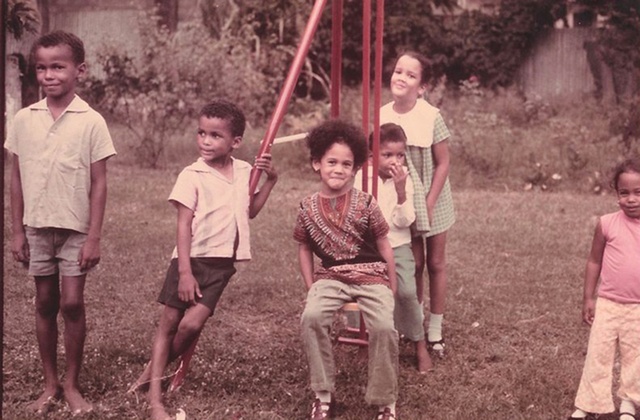 Kamala Harris with her sister and cousins in Jamaica.

The Washington Post published a deep dive on Kamala Harris's Jamaican ancestry. Her father, Donald Harris, is a proud islander who tried to imbue his American-born girls with a sense of pride in their roots. The younger Harris once jokingly cited her Jamaican heritage when asked by a radio host if she ever smoked marijuana. Her father was furious. "Speaking for myself and my immediate Jamaican family," he wrote, "we wish to categorically dissociate ourselves from this travesty."

Derick Almena, the master tenant at the Ghost Ship warehouse where 36 people died in a ghastly 2016 fire, is expected to take a plea deal that keeps him out of jail. Families of the victims said Almena will plead guilty to 36 counts of manslaughter in exchange for nine years of jail. Time served and credit for good behavior means he likely won't return to jail after being released last year because of the pandemic. “It’s beyond a disappointment," the mother of one victim said. "It’s beyond shock." East Bay Times | KPIX

The delays and cost overruns that have plagued California's bullet train project are poised to worsen, according to a letter from a top contractor that blamed the state's failure to acquire many parcels of land. The contractor said the delays were "beyond comprehension" and would result in idled work sites and new layoffs. L.A. Times 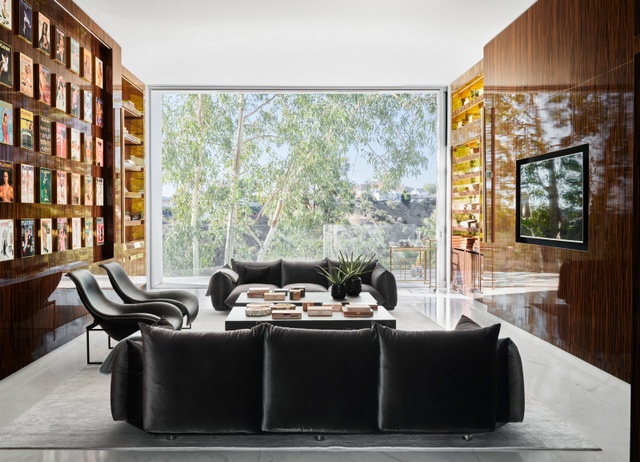 A ridiculous mansion in Bel Air has hit the market for a reported $340 million, potentially making it the most expensive home ever sold in the United States. Dubbed "The One," it's got 21 bedrooms, 42 bathrooms, a 30-seat movie theater, a 30-car garage gallery, a moat, and a massive sky deck with a putting green. Architectural Digest took a tour.

Viewed from above, strange cleavages appear along the urban fabric of Los Angeles and San Francisco. They’re the result of long-lost rail lines, a sort of architectural scar tissue in the form of alleyways and property lines. In the starkest examples, the trajectories plow diagonally through the neat grids of whole neighborhoods, skewing the shapes of buildings, fences, and parking lots.

“The notion that every city has these deeper wounds and removals that nonetheless never disappear is just incredible to me,” wrote Geoff Manaugh, an architecture blogger. “You cut something out — and it becomes a building a generation later. You remove an entire street — and it becomes someone’s living room.” BldgBlog | 99% Invisible

A couple of examples:

1. A former Southern Pacific rail line arches through the Mission District in San Francisco. More on this route. 👉 Nesssoftware.com 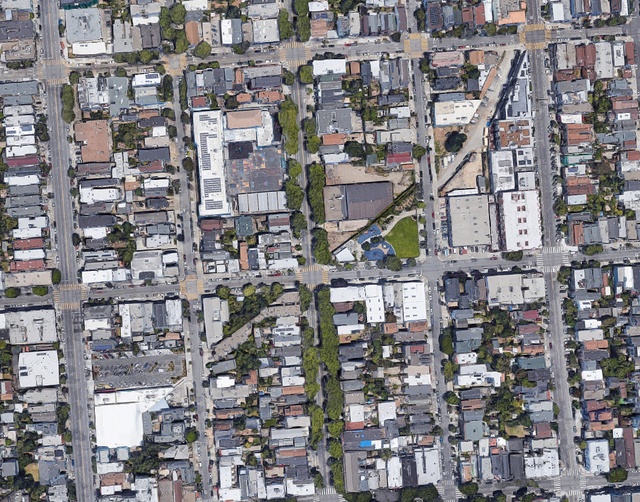 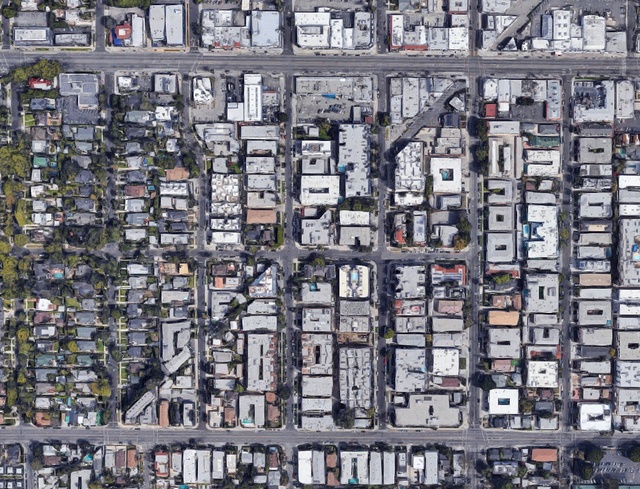