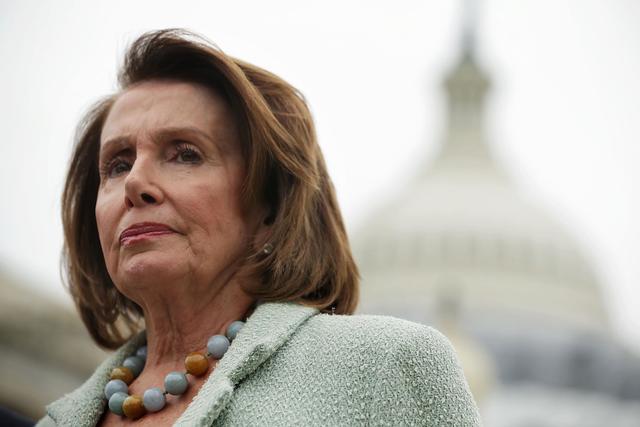 So declared Speaker Nancy Pelosi on Tuesday as she announced an impeachment inquiry against President Trump. What led the San Francisco Democrat to drop her resistance to the extraordinary step? According to Carl Hulse of the N.Y. Times, in contrast to the murkiness of the Russia investigation, the current allegations that Trump courted foreign political help are seen as "damningly clear-cut."

House Democrats, he wrote, "believe the new accusations against Mr. Trump are simple and serious enough to be grasped by a public overwhelmed by the constant din of complex charges and countercharges that has become the norm in today’s Washington." N.Y. Times

House Minority Leader Kevin McCarthy, Republican of Bakersfield: "Speaker Pelosi happens to be the speaker of this House, but she does not speak for America when it comes to this issue. She cannot decide unilaterally what happens here." The Hill

The Trump administration threatened to freeze California's federal highway funds over accusations that the state had failed to address a decades-long backlog of pollution control plans. The charge puzzled state regulators, who said it's up to the federal government to request changes to the plans. "It makes no sense," said a former EPA adviser. "What they are doing today is basically punishing California for EPA's own inaction." A.P. | S.F. Chronicle 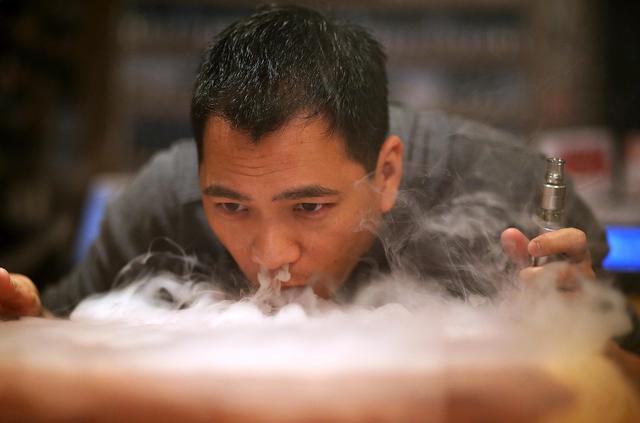 California health officials warned people stop vaping immediately until investigators can sort out why people have been sickened after using the devices. In California, 90 people have been hospitalized with lung problems. Two people have died. "We are seeing something that we have not seen before," California's acting public health officer said. L.A. Times | The Guardian

Last year, California prison officials launched an initiative that placed warring prison gang members together in recreation yards in hopes that they would make peace. Instead, they ended up brawling. A police official blamed the program's failure on the Fresno Bulldogs, a gang that participated in 32 battles with other prison gangs over the last year. "In the prison system the Bulldogs do not get along with anybody," he said. A.P. 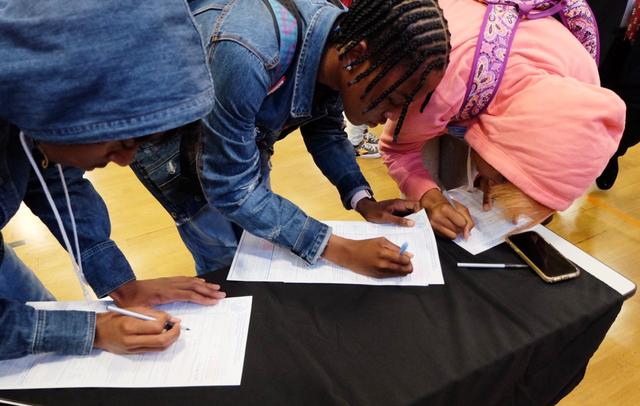 Teenagers filled out forms during a preregistration drive at Inglewood High School in April.

In 2016, California started offering voter preregistration to eligible 16- and 17-year-olds. Since then, more than 400,000 of the teenagers have been preregistered. It's been "wildly successful," said California's secretary of state, Alex Padilla. "We're on our way to 500,000 in 2020." Teen Vogue

PG&E said it would cut power to more than 48,000 customers in Northern California's Sierra foothills — and the outage could last several days. It was the utility's second precautionary shutoff this week as it seeks to guard against wildfire danger in exceedingly hot and windy weather conditions. A.P. | Mercury News 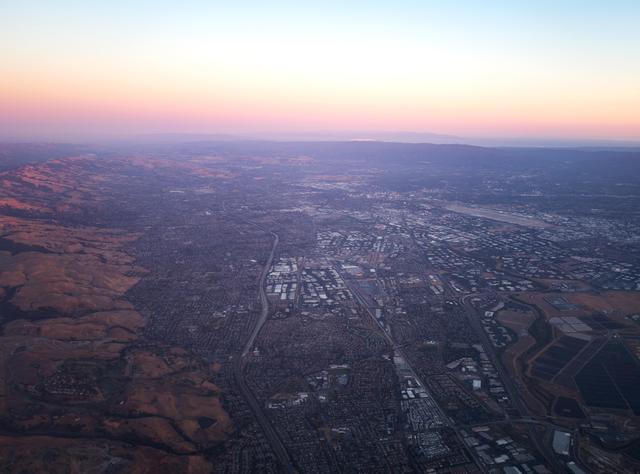 An aerial view of Silicon Valley, where Superfund sites abound.

It's a fact little known to many office workers, but Santa Clara County is riddled with 23 active Superfund sites, more than any county in the country. The toxic legacy dates to the region's origins as a manufacturer of silicon chips and semiconductors, when companies released a toxic soup of chemicals into the groundwater. A few years ago, government officials counted more than 500 "toxic plumes" emanating from beneath the county. The Atlantic | N.Y. Times 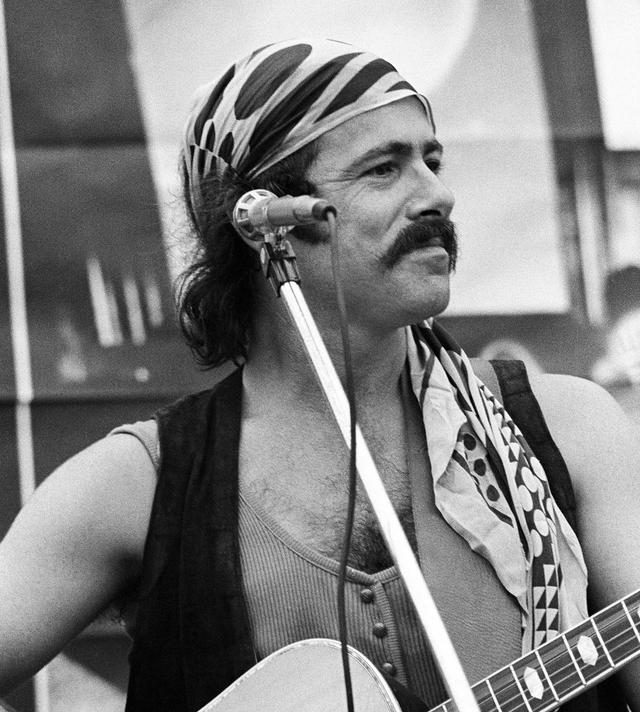 Robert Hunter died at his home in San Rafael at the age of 78. The poet and writer crafted the lyrics to many of the Grateful Dead's most memorable songs, including "Ripple," "Brown Eyed Women," "Jack Straw," and "Friend of the Devil." Sometimes compared to Bob Dylan, Hunter spun haunting stories of hustlers and wayward lovers, the A.P. wrote, "so timeless that listeners were certain they had heard them before." A.P. | Daily Beast 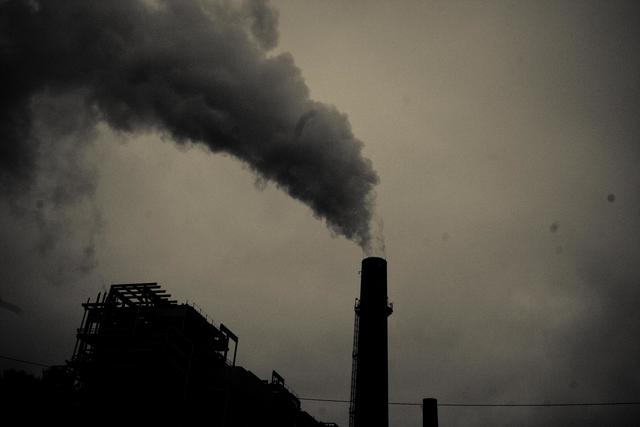 A generating station in Huntington Beach is set to be shut down in 2020.

California wants to get off of fossil fuels, yet regulators are now recommending that several natural gas-fired plants in Southern California be allowed to keep operating beyond their planned shutdown in 2020. Why? The state is worried about having enough power. Environmentalists are doubly frustrated because the plants' cooling systems are known to kill marine life. Sacramento Bee | L.A. Times

A Los Angeles businessman was sentenced to four months in jail for his role in the college admissions scam. Devin Sloane got his son into USC by fabricating documents depicting his son as an international water polo star, a charade achieved with gear bought online, a graphic designer, and $250,000. Sloane also has to perform 500 hours of community service and pay a fine of $95,000. L.A. Times | A.P.

"To even discuss this is disgusting!"

A Los Angeles City Council meeting was punctuated by shouting and hissing as lawmakers weighed a proposal that would restrict where homeless people can sleep. Homeless activists say it amounts to criminalizing poverty. Neighborhoods groups say enforcement is needed to control filth and blight. "We must take an honest look at this catastrophe," one council member said. In the end, no formal action was taken. Curbed Los Angeles | L.A. Daily News 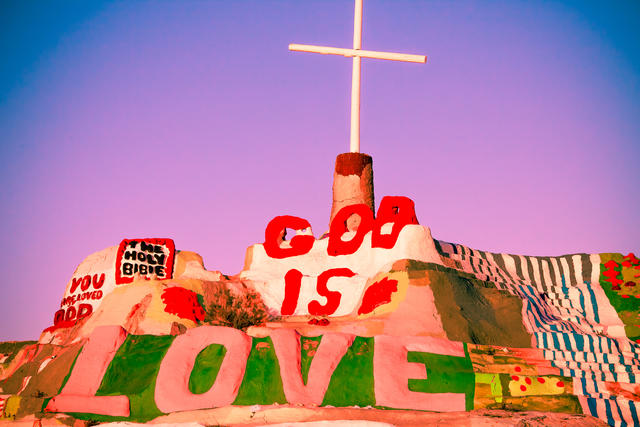 Salvation Mountain was constructed over a lifetime with mud, hay and thousands of buckets of paint.

On the ruins of a former military base in the Sonoran Desert, a community of artists, drifters, and dissenters carves out lives in what some call "the last free place in America." Slab City is known for bold works of outsider art, including the psychedelic monument to Christianity known as Salvation Mountain. Curbed included Slab City in its list of "19 small towns around LA you should absolutely visit." Curbed Los Angeles

Photo essay: "Deep in the California desert, a strange breed of rugged, solitary individuals carry on an unusual way of life — but in their empty surroundings, they see Paradise." Lens Culture 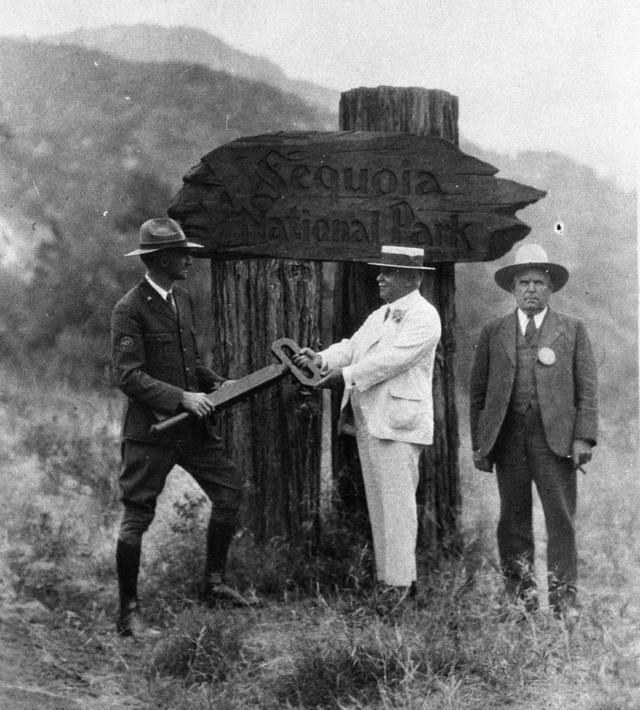 It was on this day in 1890 that Sequoia National Park was established as America's second national park.

The wilderness, home to the Monache Indians, had remained pristine from time immemorial. Then settlers made their entrance in the 19th century, subjecting the landscape to a frenzy of trapping, grazing, and logging. The Native Americans were wiped out by smallpox. 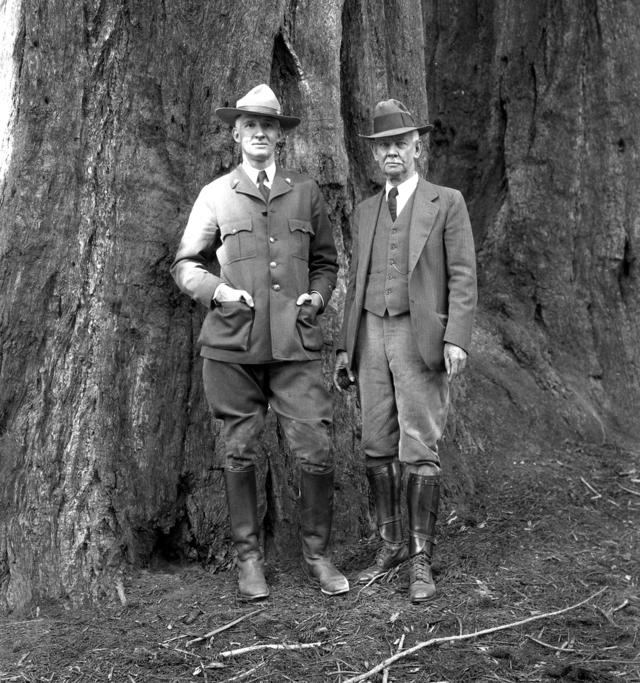 It was a local newsman, George Stewart of the Visalia Delta, who raised some of the earliest alarms about the need to protect the mountains in the 1870s. His campaign drew support from residents of the San Joaquin Valley who increasingly sought recreation in the high country during the summer heat, as well as another unlikely group: farmers whose irrigation flows were being disrupted by loggers and stockmen upstream.

The movement grew and before long California legislators were sounding the conservation call, culminating with a bill introduced in the U.S. Congress to create a national park, the country's second after Yellowstone. It was signed by President Benjamin Harrison on Sept. 25, 1890. 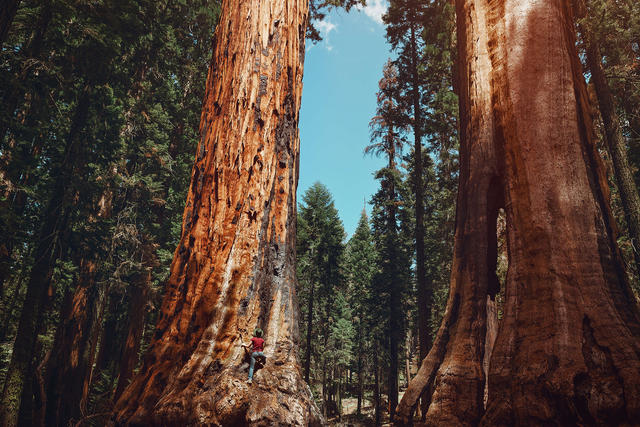 Sequoia National Park protects some of the world’s biggest trees.

Over the years, the park's boundaries have expanded. The adjacent Kings National Park was designated in 1940 and married administratively with Sequoia. Today, the combined parks cover more than 1,300 square miles. They contain the tallest mountain in the contiguous United States, a valley that John Muir called grander than Yosemite Valley, and the star attraction: impossibly majestic sequoias older than the Parthenon and as tall as the heavens. More than 1.5. million people visit each year.

For his efforts, Stewart is sometimes called the "Father of Sequoia National Park." A mountain in the park, soaring more than 12,000 feet, bears his name. NPS.gov | National Geographic

An earlier version of this newsletter misidentified the location of Slab City. It's in the Sonoran Desert, not the Mojave.