Gov. Gavin Newsom said on Monday that California would block the distribution of any federally approved coronavirus vaccine until it had been reviewed by the state's own experts. Dr. Anthony Fauci has made assurances that vaccines approved by the Food and Drug Administration would be safe. But Newsom suggested that public trust had been too battered by politicization of the pandemic. "Of course, we don’t take anyone’s word for it," he said. A.P. | CalMatters 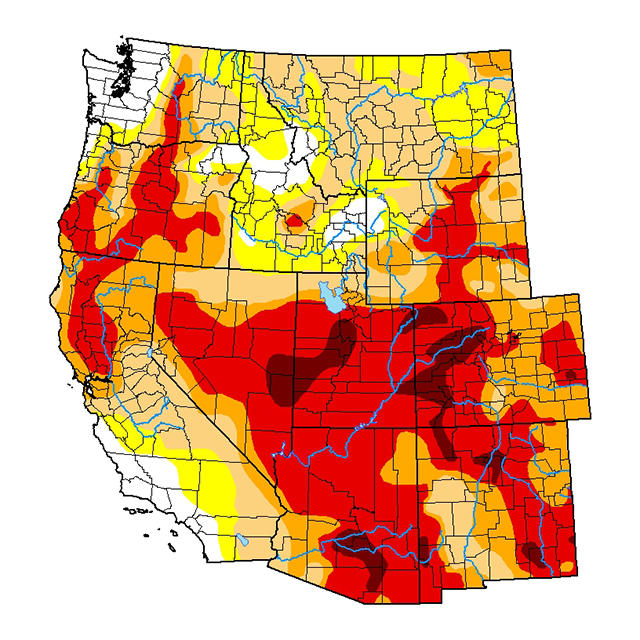 Drought conditions as of Oct. 13. Dark red is "exceptional drought," red is “extreme,” orange is “severe,” tan is “moderate,” yellow is "abnormally dry," and white is “normal.”

Roughly 80% of the American West is now experiencing drought conditions, according to the government’s U.S. Drought Monitor — and it's expected to get worse. In their winter outlook, forecasters at NOAA said a developing La Niña event in the Pacific Ocean means drought is likely to prevail or worsen between December and February. That raises the prospect of an extended fire season. Washington Post

In 2018, insurance companies refused to renew the policies of roughly 24,000 homeowners in California communities prone to wildfires. In 2019, the figure was 42,000. The retreat has raised the prospect of large swaths of the state, particularly in the Sierra, being rendered all but uninsurable. The state is working with the insurance industry on fire-proofing standards that might help restore the viability of the communities. Sacramento Bee | Press Democrat

Under California's gig worker law, theater companies face drastic increases in expenses as they turn actors, stagehands, costume makers, and others into employees. Arts professionals say it threatens to kill the state's rich landscape of community theaters, leaving just the major institutions behind. A group of theaters sent a letter to lawmakers in February expressing their concerns. They never heard back. S.F. Chronicle 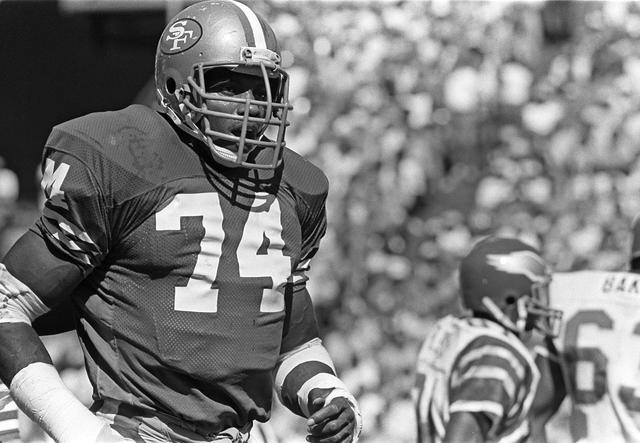 The N.Y. Times has been publishing short obituaries as part of a project to put names and faces to the hundreds of thousands of people who have died from the coronavirus. A selection from recent weeks:

State Sen. Scott Wiener, a Democrat of San Francisco, on his experience after introducing a bill that was falsely characterized as legalizing pedophilia: "Before I became the center of a QAnon conspiracy theory, I followed the news about this internet cult with alarm, but also from afar. Then QAnon followers sent me over a thousand death threats." N.Y. Times 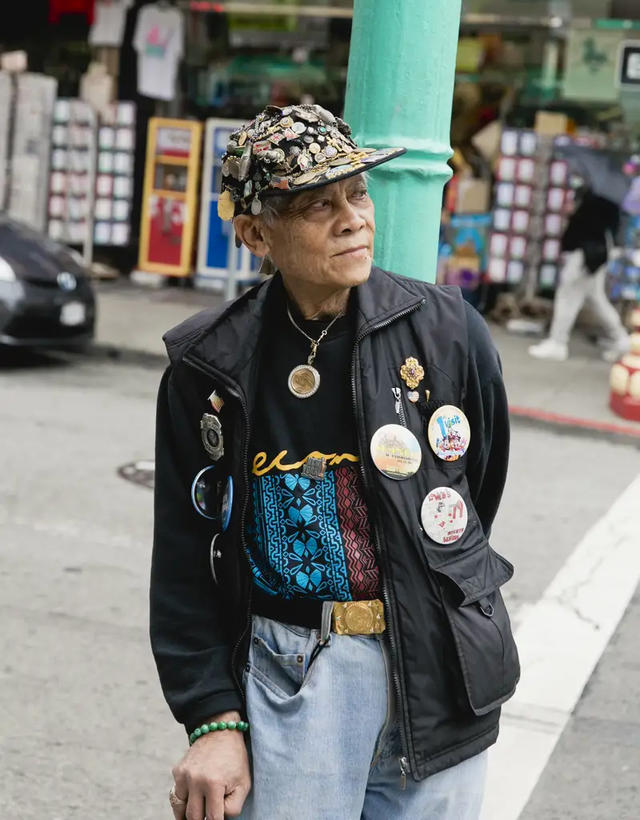 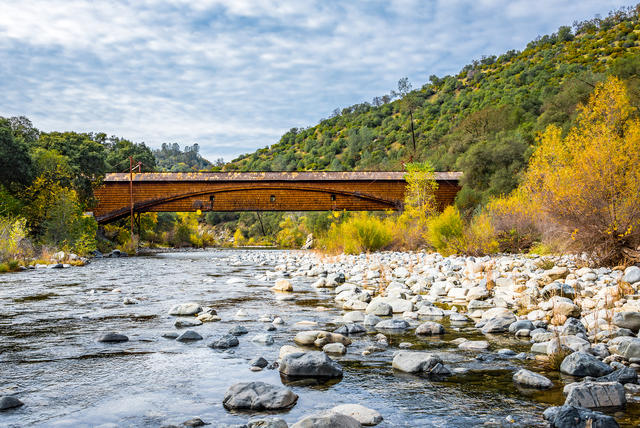 Outside magazine once named Nevada City as one of the country's greatest river towns. That's in part because of the amazing swimming holes along the South Yuba River, which carves a path through a granite gorge in the Sierra foothills. Fall brings an added delight: an explosion of yellows and oranges along the river banks. Outside 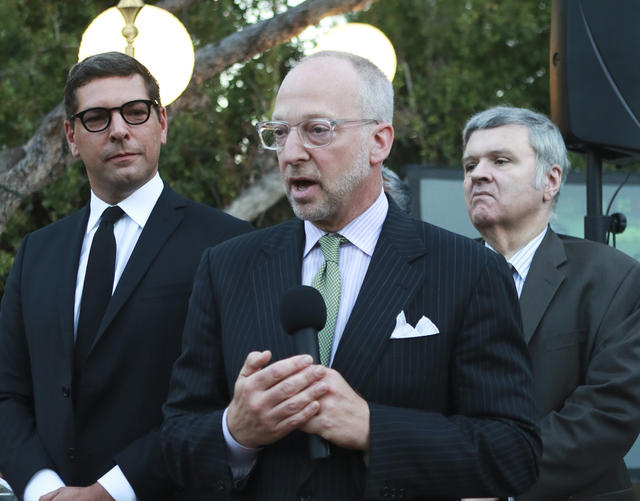 Rick Jacobs, center, has been accused of sexual misconduct.

In a first-person article, the journalist Yashar Ali accused Rick Jacobs, a top advisor to Los Angeles Mayor Eric Garcetti, of sexual misconduct. Between 2005 and 2015, Ali said he attended a number of social functions at the advisor's home: "Jacobs would grab my face and kiss me on the lips — always twice — and he would turn to other people who witnessed it and say, ‘He has the softest lips.'" Garcetti knew about allegations against Jacobs and did nothing, Ali said. Yashar's Newsletter | L.A. Times

In recent weeks, Los Angeles County has allowed the reopening of outdoor casino cardrooms, breweries, and indoor malls — but not the vast majority of schools. With thousands of students in crisis, school superintendents across the county are starting to speak out. “We all need to better understand how these choices are being made,” LAUSD Superintendent Austin Beutner said. L.A. Daily News

An official ballot drop box in Baldwin Park was damaged by fire and officials said it appeared that someone had ignited the blaze with a lit newspaper. Dozens of ballots were soaked by water or charred beyond recognition. Los Angeles County Supervisor Janice Hahn called it "an attack on our democracy." The FBI was asked to investigate. Fox 11 | L.A. Times 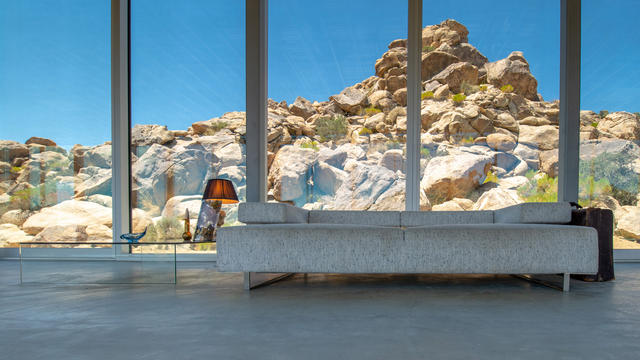 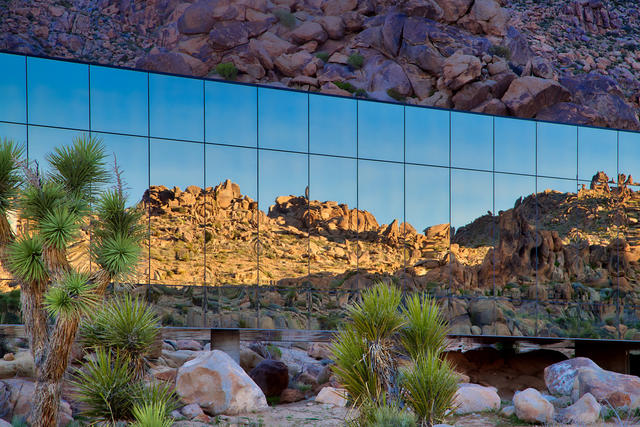 At the edge of Joshua Tree is a lone dwelling that seems to melt into the desert. Known as the Invisible House, it was designed to look like a New York skyscraper lying on its side. The walls function like the one-way mirror of an interrogation room, transparent from the inside and reflecting the surrounding landscape on the outside. The singer Demi Lovato did some social distancing there over the summer — for $2,500 a night. See pictures. 👉 dezeen | Plain Magazine