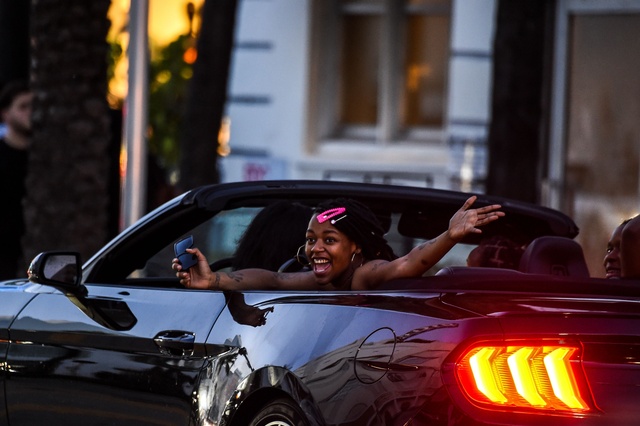 A woman drove through Miami Beach, which closed only briefly during the pandemic.

Public health experts have been trying to sort out the seemingly similar coronavirus outcomes of California and Florida, which has been fully reopened since the fall. 👇

A deeper dive into the states' pandemic numbers: L.A. Times

Dr. Amesh Adalja, an infectious diseases expert, in the A.P.: "This is going to be an important question that we have to ask ourselves: What public health measures actually were the most impactful, and which ones had negligible effect or backfired by driving behavior underground?” 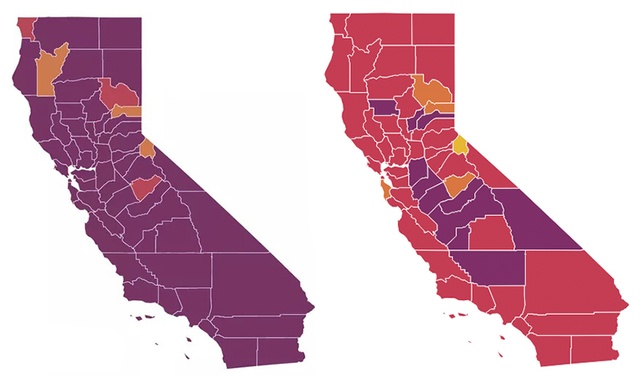 via California Department of Public Health

Counties home to nearly 90% of Californians were in the red tier of the state's reopening plan on Tuesday after more counties met the criteria to ease restrictions on public life. Just 11 counties now remain in the strictest purple tier, most in the San Joaquin Valley. Fresno County's health officer, Dr. Rais Vohra, said the slow pace of improvement was painful. "Hopefully this plateau won’t demoralize us so much that we just give up,“ he said. Fresno Bee | San Joaquin Valley Sun

When California expanded coronavirus vaccine access to people with disabilities and qualifying health conditions, it adopted what amounts to an honor system for verifying eligibility. People need only attest to having a qualified condition, including cancer, diabetes, and pregnancy. But some health experts are calling the lax policy a mistake. “We know people are anxious to get vaccinated," said Dr. David Lubarsky, head of UC Davis Health, "but opening the floodgates without a gate tender will cause more harm than good.” Sacramento Bee | L.A. Times

A small minority of wolves are long-distance travelers, and no one really knows why. They can go 20 miles without breaking stride and cover 50 miles in a day. In one extraordinary odyssey, a female left southern Oregon in early 2018, roamed eight California counties, crossed briefly into Nevada, and returned to Oregon twice. In all, she traveled more than 8,700 miles looking for a mate. Here's a great read on the return of wolves to California that includes some fantastic wolf photos. 👉 Smithsonian Magazine 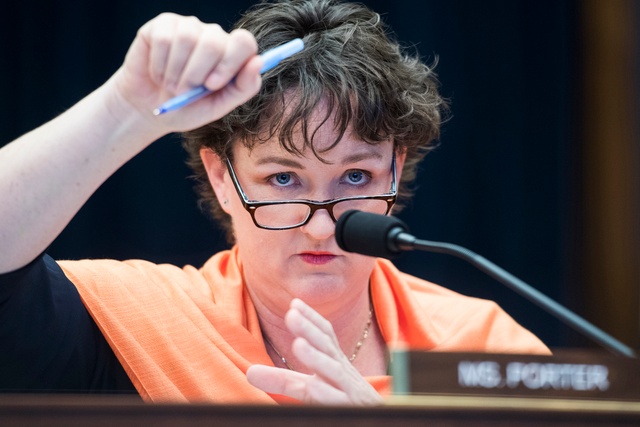 Rep. Katie Porter, a Democrat from Orange County, became a progressive darling for her interrogations, whiteboard in hand, of Trump administration appointees and corporate executives. But her sharp elbows also ruffled feathers among some fellow Democrats. When party leaders rejected her request to stay on the Financial Services Committee, they cited arcane House rules. But some progressives think Porter was targeted for removal. “This is a place that operates on relationships,” said one lawmaker. “These things don’t win Katie any friends.” L.A. Times

Uber and Lyft have avoided paying into unemployment because their drivers are contractors instead of employees, a classification system upheld by California's passage of Proposition 22 last November. As a result, thousands of drivers qualified for more than $80 million in economic assistance paid by taxpayers during the pandemic. Over the same period, Uber and Lyft added tens of billions of dollars to their stock values. Washington Post 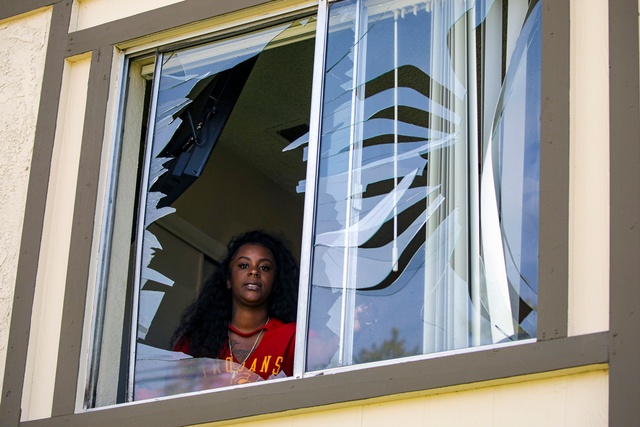 Tametra Shaw's window was shattered by the nearby explosion in Ontario on Tuesday.

A massive explosion of fireworks inside a home on Tuesday left two people dead and shook a neighborhood in the city of Ontario, just east of Los Angeles. The blast, captured on video, sent a giant plume into the sky that was visible for miles. A shock wave shattered nearby windows and blew off a woman's front door. The FBI was investigating. “They are commercial grade,” a fire official said of the fireworks, “like you would normally see in the fireworks show.” San Bernardino Sun | L.A. Times

In 1983, Reginald Wheeler, then 20, robbed a man in Los Angeles of his watch and about $14 in cash. Thirty-six years later, he's still in prison. Wheeler was sentenced to eight years to life, but his predicament worsened behind bars as he got busted for rules violations including possession of marijuana and cellphones. During a 2018 parole hearing, the board rejected Wheeler's petition after a prosecutor called his prison record "abysmal." It was Wheeler's 13th denial. LAist

For many people who have followed the cold case of Kristin Smart, a Cal Poly student who disappeared 25 years ago, Paul Flores has long been viewed with deep suspicion. But the San Luis Obispo County Sheriff’s Office had only ever referred to Flores, the last person to see Smart alive, as a person of interest — until this week. On Monday, the authorities named Flores a “prime suspect” as they conducted a new search of his father's home in Arroyo Grande using cadaver dogs and ground-penetrating radar. San Luis Obispo Tribune | A.P.

Angelenos have been complaining about glowing billboards in the city's downtown.

Images and video of what looks like the world's biggest bug zapper in downtown Los Angeles have been making the rounds on social media. The blinding object is really a three-sided, 55-foot tall, digital billboard, and its addition to the city skyline is mired in controversy. According to the L.A. Times, City Councilman Curren Price helped a developer win permission for the project back in 2016 over the objections of city staff. Then $75,000 poured into Price's political action committee, donated from companies owned by the developer. 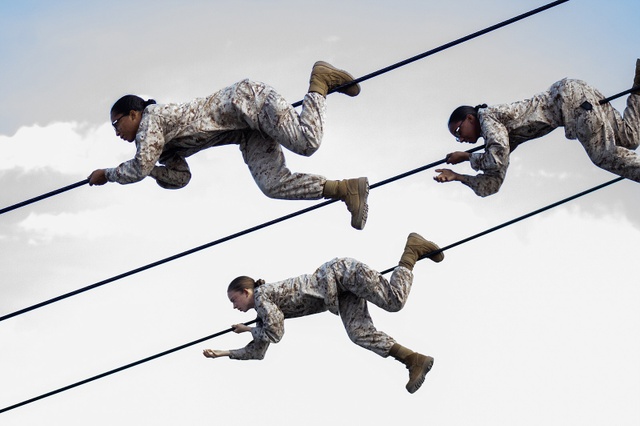 For the first time, women are training alongside men at a Marine boot camp in San Diego. "They have to show everyone that they are worthy to be here,” a drill instructor said. KPBS published a great photo essay on the 60 women of Lima Company. 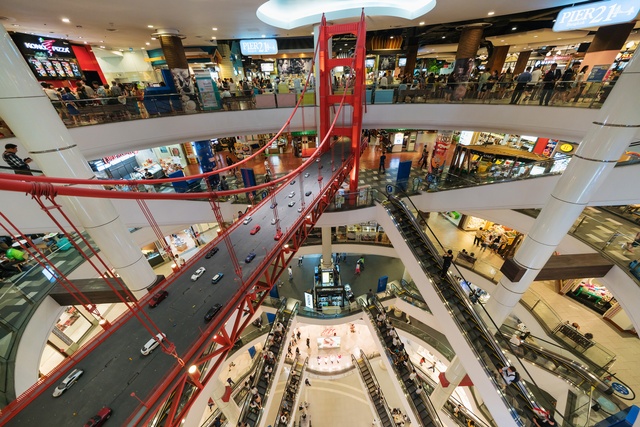 A Golden Gate Bridge stretches across the Terminal 21 mall in Bangkok.

Fun fact: There's a megamall in Bangkok with two floors fashioned to look like San Francisco.

The decor at the Terminal 21 shopping center includes a soaring model of the Golden Gate Bridge, complete with simulated traffic, and a food court with a Fisherman’s Wharf theme. Shoppers can enjoy Swensen’s ice cream while surrounded by sculptures of sea lions and a cable car. In a public bathroom, breadboards hang above the urinals and attendants dress like bakers, an homage to sourdough bread. All that appears to be missing are the Painted Ladies. SFGate.com